Breast of Friends: The Pain of Bras and Bra Shopping

By Graceful Rags in Casual Style, Lifestyle on February 17, 2020
4 comments 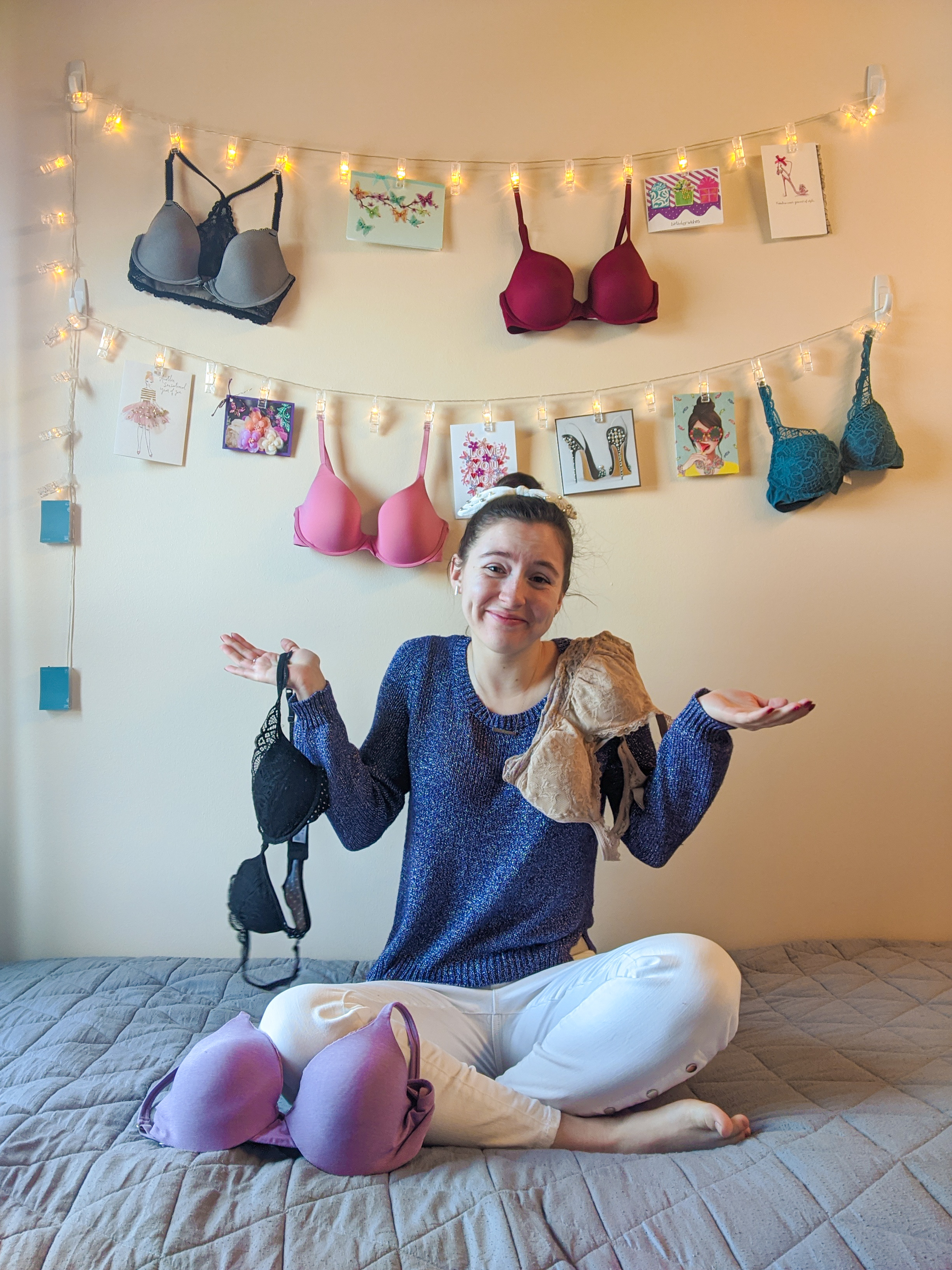 I recently went bra shopping and was reminded of what a pain bras, and specifically bra shopping, can be. Ya feel me?! I know talking about bras and boobs can be a little taboo, but it’s something we women deal with on a daily basis, so I feel no shame dedicating a whole blog post to them. Also, I took artsy photos of my brassieres (ugh, what a weird word) intermingled with my fancy card collection, so hopefully the cards distract from anything that would otherwise be “taboo”. With that said, if you’re looking for an excuse to rant about bras, or are just looking for a laugh today, here are 15 reasons why bras are the worst. 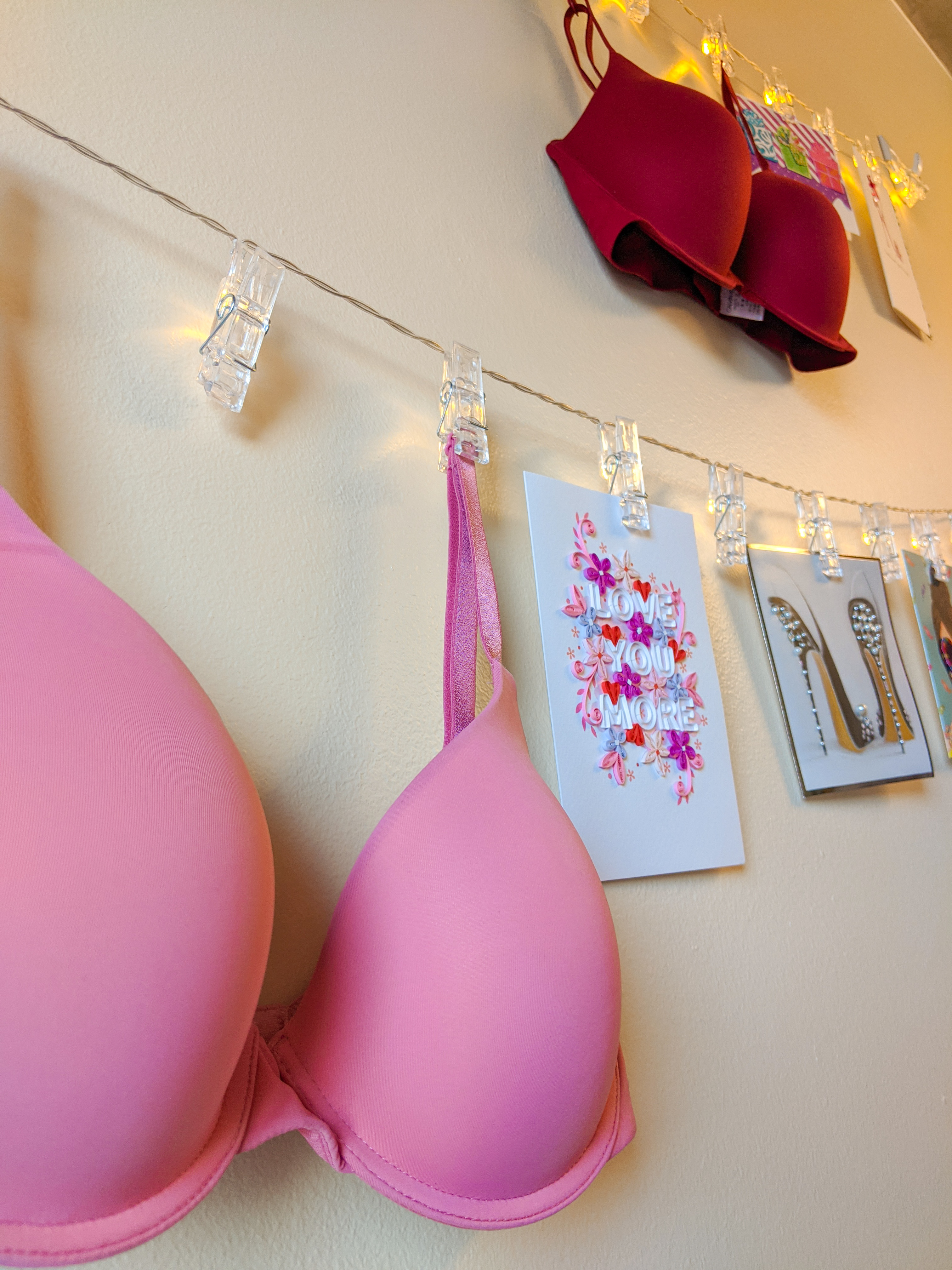 1. They’re stupid expensive for the amount of fabric you get. I mean, $60+ for this flimsy piece of lace that nobody’s even going to see? It’s outrageous! I could buy an entire outfit for $60 (if I’m a really savvy shopper).

2. Bras take up so much space in your drawer. You’re not supposed to fold them and invert the cups into each other (it decreases their lifespan, I guess?) but I also feel like I can’t afford an entire half of a drawer, as a college student with a tiny closet, just for over-the-shoulder-bolder-holders. But at the same time, they cost $60 and up so it’s probably worth making them last as long as possible by not folding them? The struggle.

3. The clasps in the back. I mean really, can anybody ever hook those in very easily? Sure, now they make bras with clasps in the front, but something about those just make me feel like a failure. I can’t even clasp my own bra so now I need a “bra clips for dummies” version.

4. What’s with all the fake sizing in bras? I’m looking at you, Victoria’s Secret… I’ve only ever shopped there once, and the woman who “sized” me asked if I ever tried X size, and all I could do was stare at her and think, “Do I look like I wear X size?!” Maybe they’re trying to make women feel better about themselves by labeling B cup bras as Ds or DDs, but at the end of the day, that just makes it harder to shop at other stores when the bra sizes aren’t inflated.

5. Bras are hard to wash. All of my new ones say “hand wash”, and for the past 3 weeks, they’ve been sitting dirty in a bag as I contemplated what to do with them. I ultimately cleaned my recycling bin, poured some water and detergent into it, and whisked my bras around in there. A college student’s version of “hand wash”. 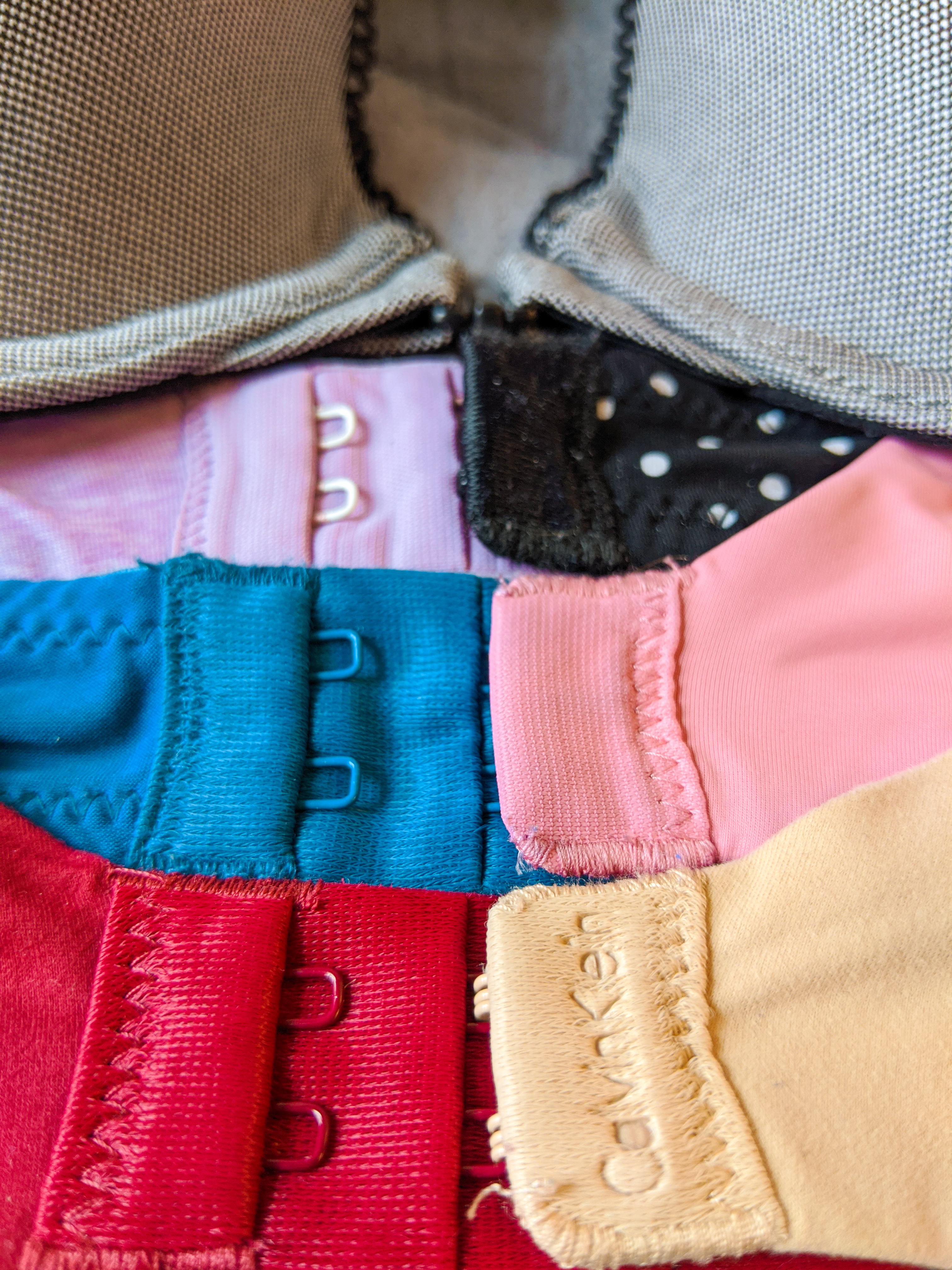 6. Wired bras always dig into your underboob. Ain’t nobody like that. And let’s not forget about when the wire occasionally pops out of the fabric and tries to stab you to death (or worse, snag and ruin your clothes). Ugh.

7. When a single boob just pops right out of the bra. We’ve all been there. Maybe this is a sign that the bra is too small? Or maybe you moved just the wrong way? Or your boob was just too eager to escape its prison? Who knows…

8. I hate when bras come in patterns cuter than clothes. Pretty much nobody is ever going to see a bra, so why can’t that adorable heart pattern be on a t-shirt instead? I feel similarly about underwear.

9. Also, regarding patterns and colors, what good is a hot pink bra when you can see it through every shirt I wear?

10. When there’s so much padding in a bra that the boob comes attached. I just don’t understand this. If a girl is trying to impress a guy by having bigger boobs, I think he’s going to be pretty disappointed when the bra comes off and there’s nothing there. As my friend hilariously said, it’s the potato chip bag effect: half empty and disappointing. 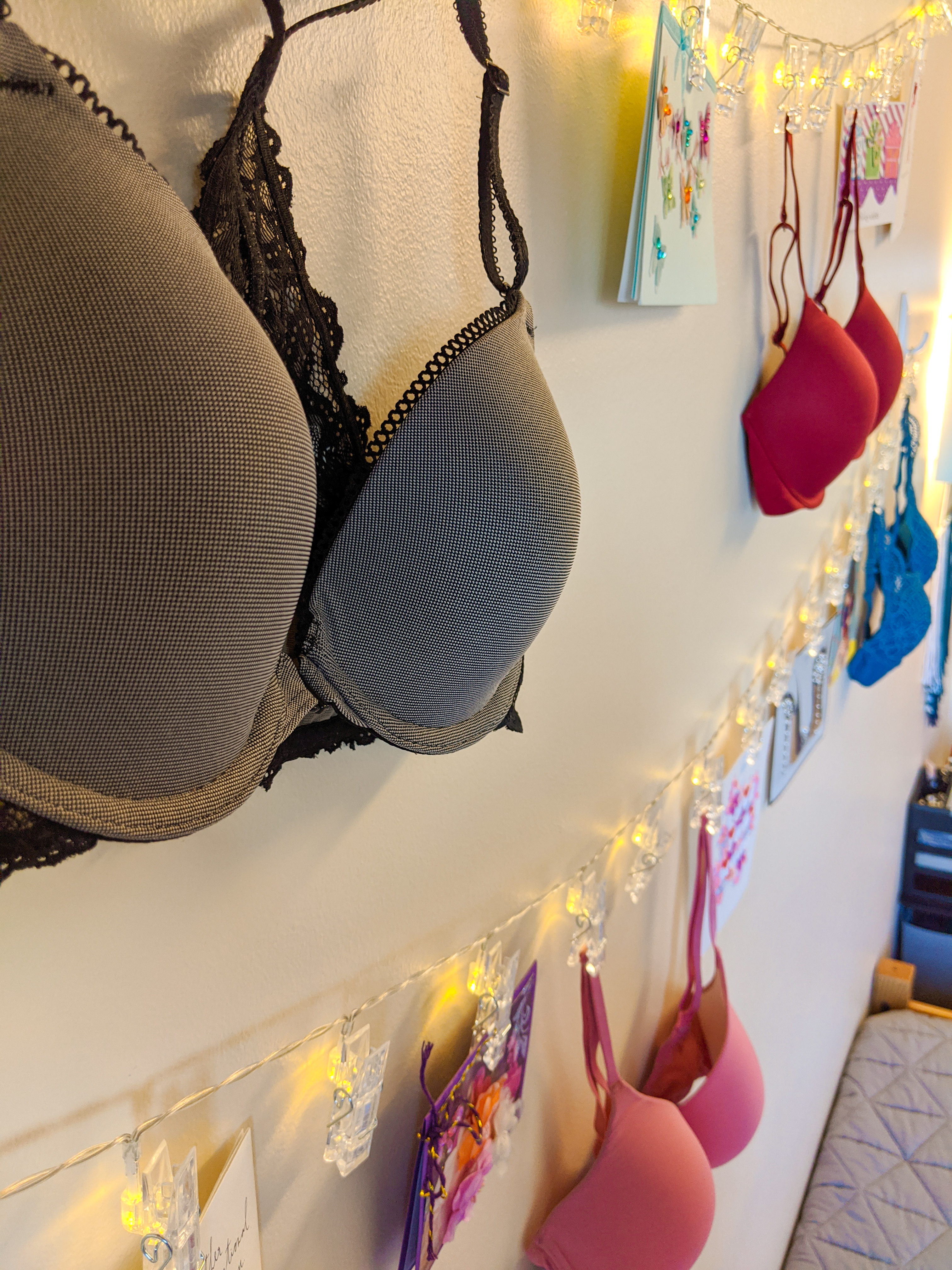 11. Bras are such a pain to try on in stores. Unlike trying on a blouse, where you can just slip it on and take it off, trying on bras requires you to remove every layer and mess around with the annoying clasps over and over again. When I recently went bra shopping and tried three different stores, I was getting pretty tired of taking everything off just to put on something so small.

12. Itchy, red marks around your rib cage from where the bra rubs. Let’s not forget when your backfat spills over the top of the band and the band just digs into you all day. So fun.

13. Criss-cross bra straps can be cute and all, but it’s super annoying when they encroach on your neck space and peak outside of your shirts. I have a bra like this and never know what top to wear it with since I don’t want the straps to show!

14. Speaking of straps, we can’t forget about those pesky straps that always fall down. While visually unappealing in the summer when wearing tank tops, straps that fall down are the most annoying with long sleeve shirts/sweaters because then it’s so hard to wiggle the strap back into place.

15. Of course, this list wouldn’t be complete without talking about strapless bras. They’re necessary for those cute summery tops you have, but they’re absolutely useless as they shimmy progressively lower across your torso throughout the day. At that point, it may be worth just letting the nips run wild and free. I don’t know, just a possibility. 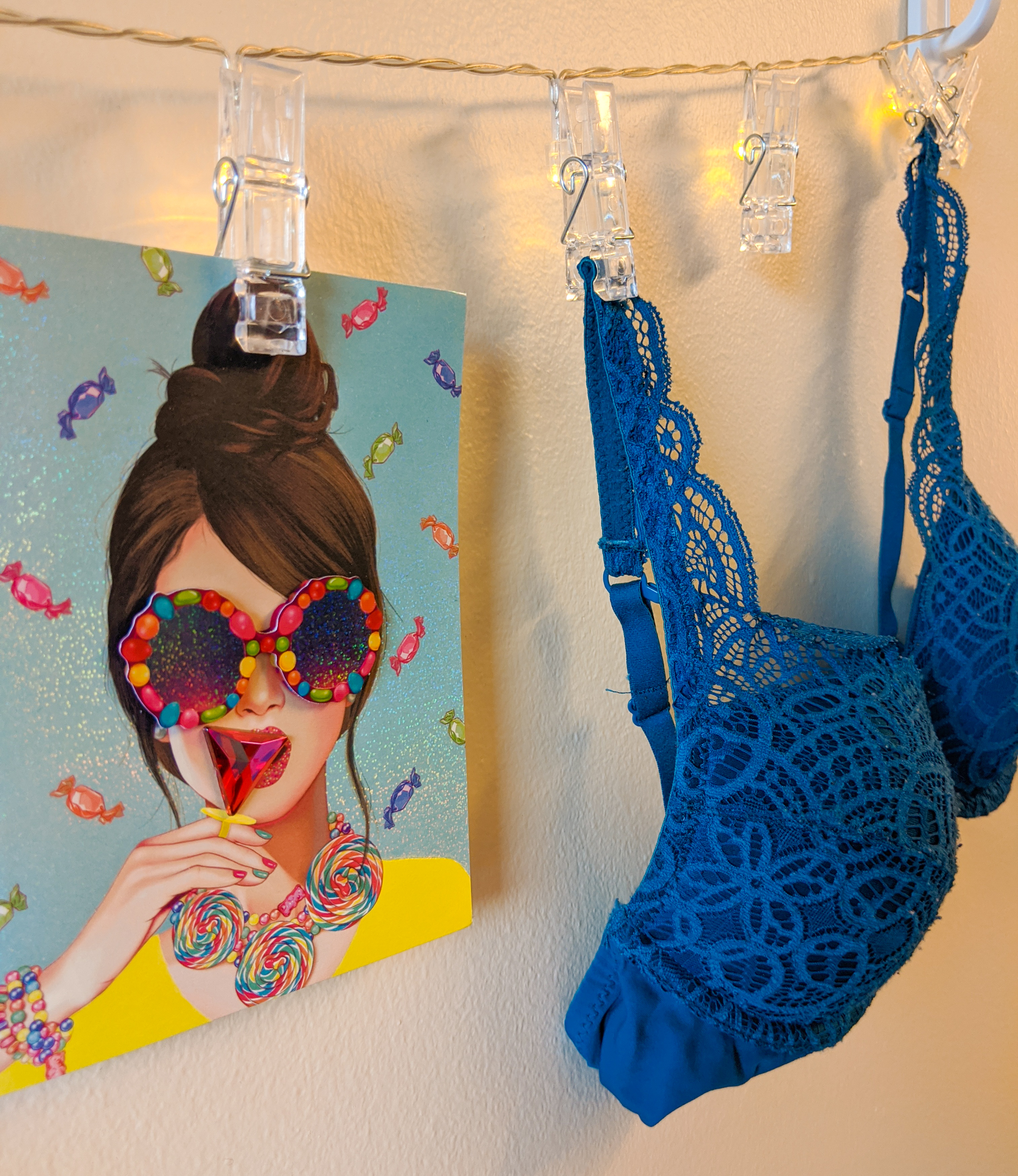 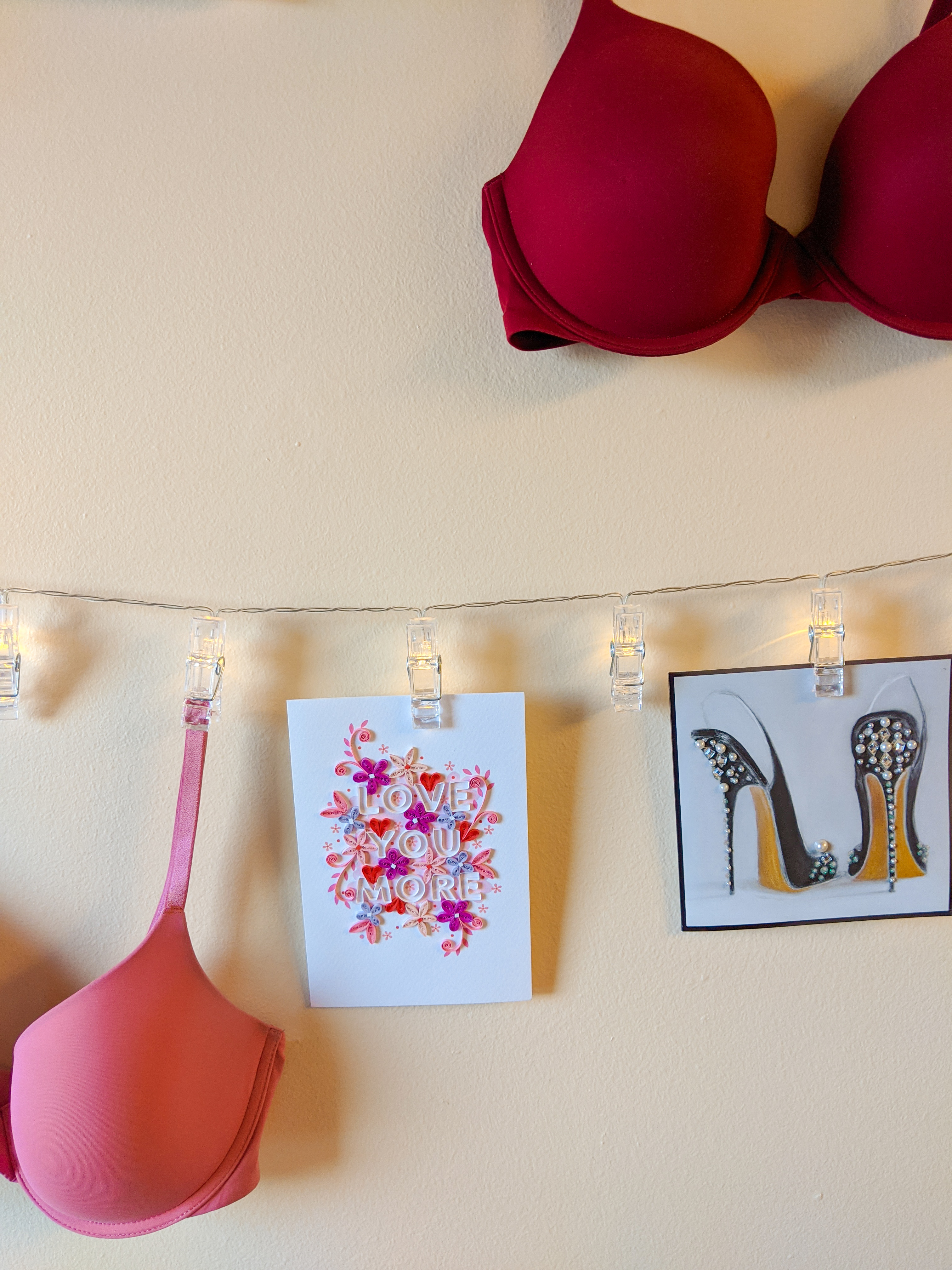 What additional bra nuisances can you think of?? I linked my exact red and grey/black bras in the widget above, just in different colors. Usually wearing bras doesn’t bother me too much, but lately they’ve been a bit of a pain in the butt (or should I say, pain in the boobs?). Ultimately, despite the blog post title, I would not say bras and I are the breast of friends… I just couldn’t resist the pun (@my suitemate who wrote it with the PMS poetry magnets on our fridge).

In other news, I suspect this blog post will get a lot of views. My last booby-related post was a huge hit—one of my top posts of 2019—and as my guy friends tell me, it’s because a bunch of extra people (i.e. boys) read it “just so they could hear me talk about boobs”. Ha, typical. 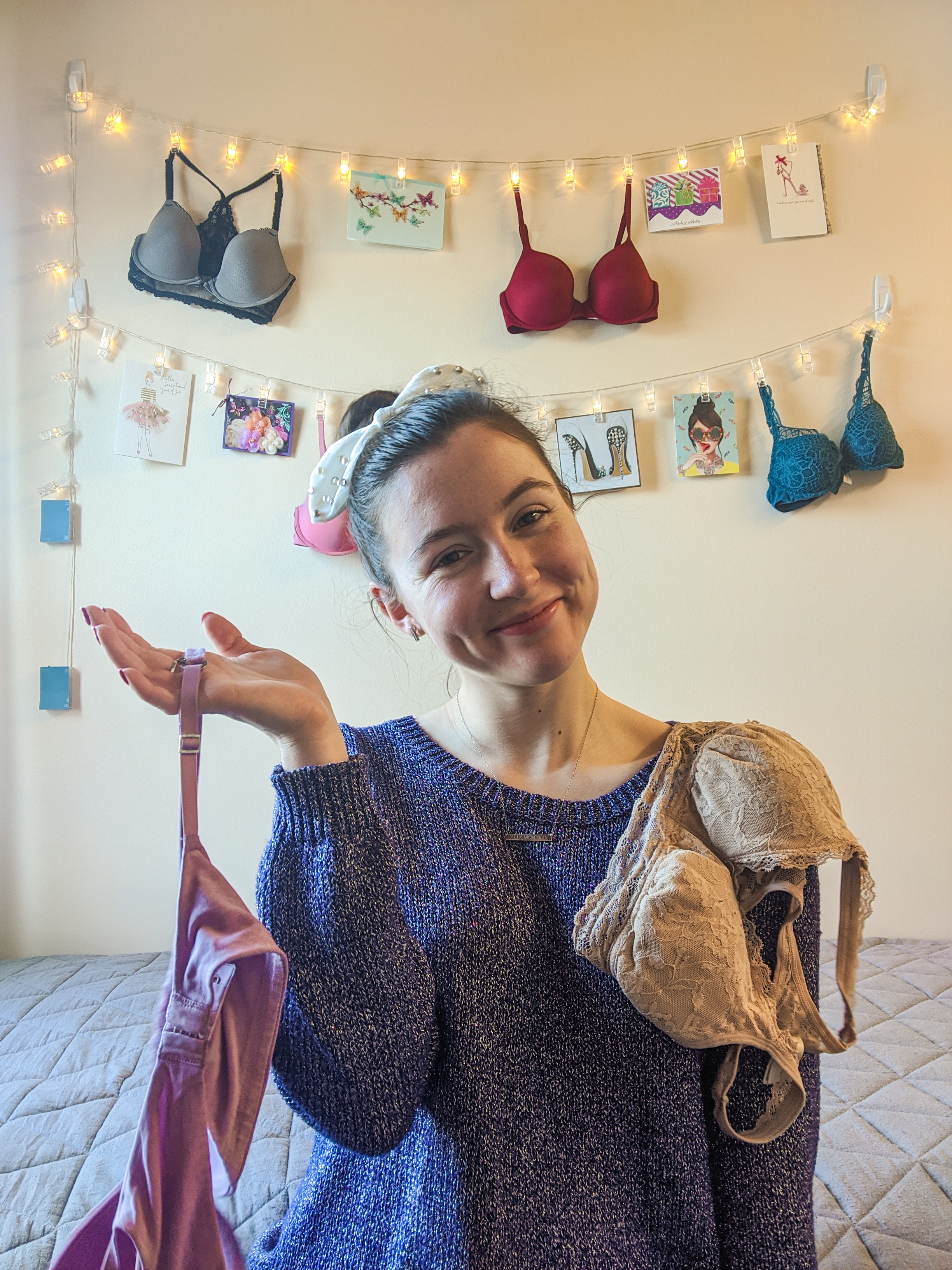 Let me know any other bra complaints in the comments below! It feels so much better to rant together, don’t you think? As always, thanks for stopping by today, and have a great Monday!

4 comments on “Breast of Friends: The Pain of Bras and Bra Shopping”