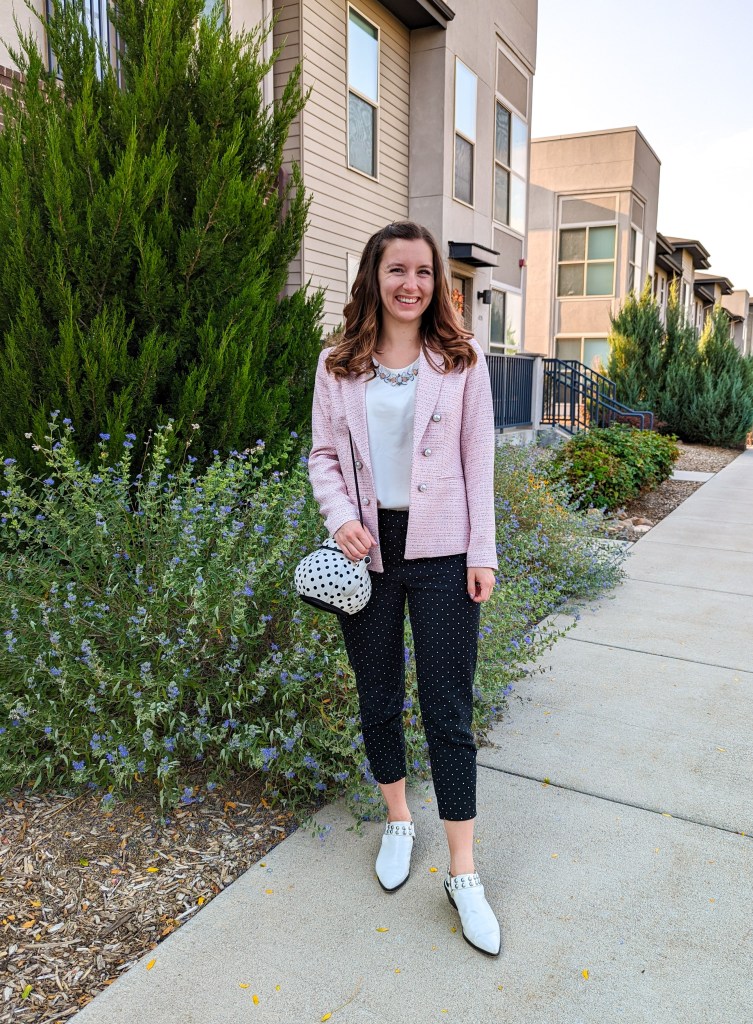 For once I can say that the month of September felt very long—not in a bad way, but Labor Day weekend feels like forever ago. I started September by hosting a friend from out of town and ended the month in Las Vegas celebrating my grandpa’s 90th birthday—with lots of blog posts, soccer games, and even a wedding in between. Like I mentioned in a recent post, I’m finally starting to feel settled into my post-grad routine. I’ve been cooking more, I hung my last decoration in my apartment Tuesday night, and I have a surprisingly busy social calendar. The only thing I still haven’t figured out quite yet is where exercise falls into my schedule—now that my soccer season has ended, I really need to get back into a workout routine! 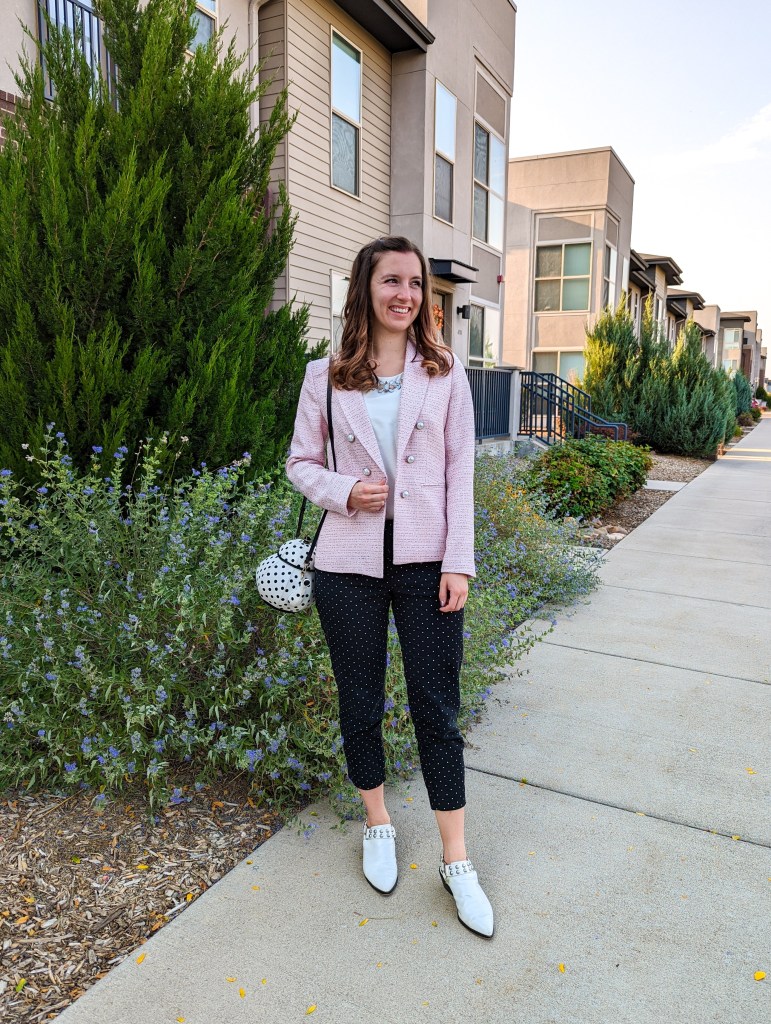 Hard to choose my favorite outfits this month… There were a lot of winners. I ultimately decided on my hot pink blazer look (so chic), my date night outfit, and a cozy sweater + jeans combo. Two of the three feature my new Express jeans! 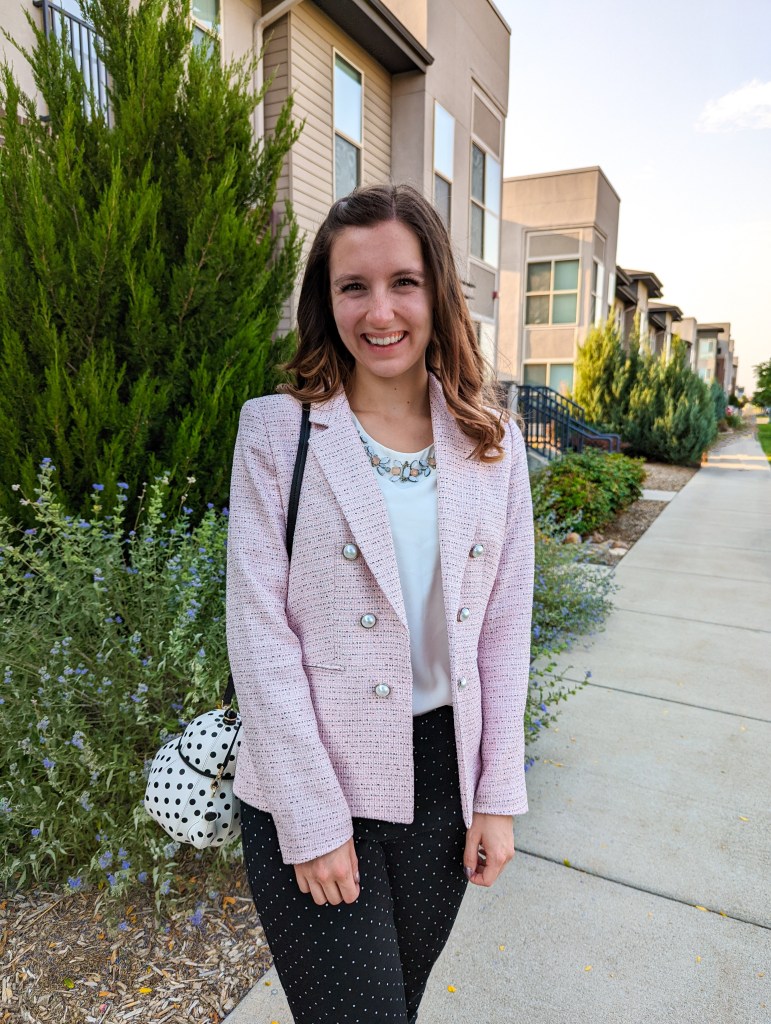 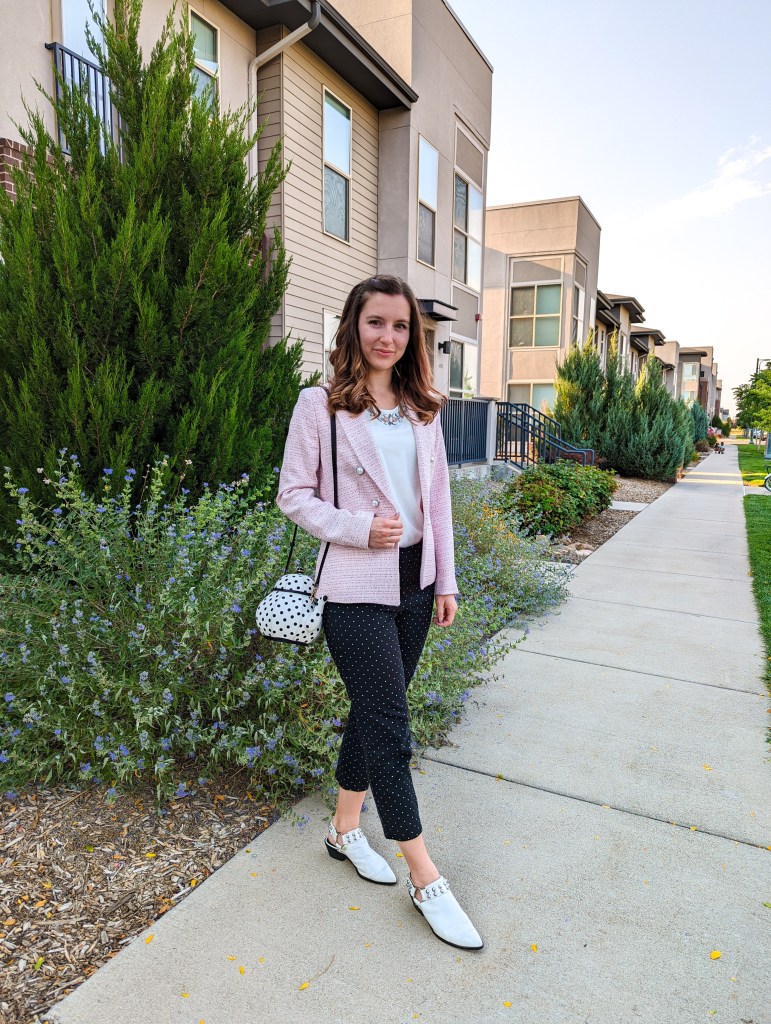 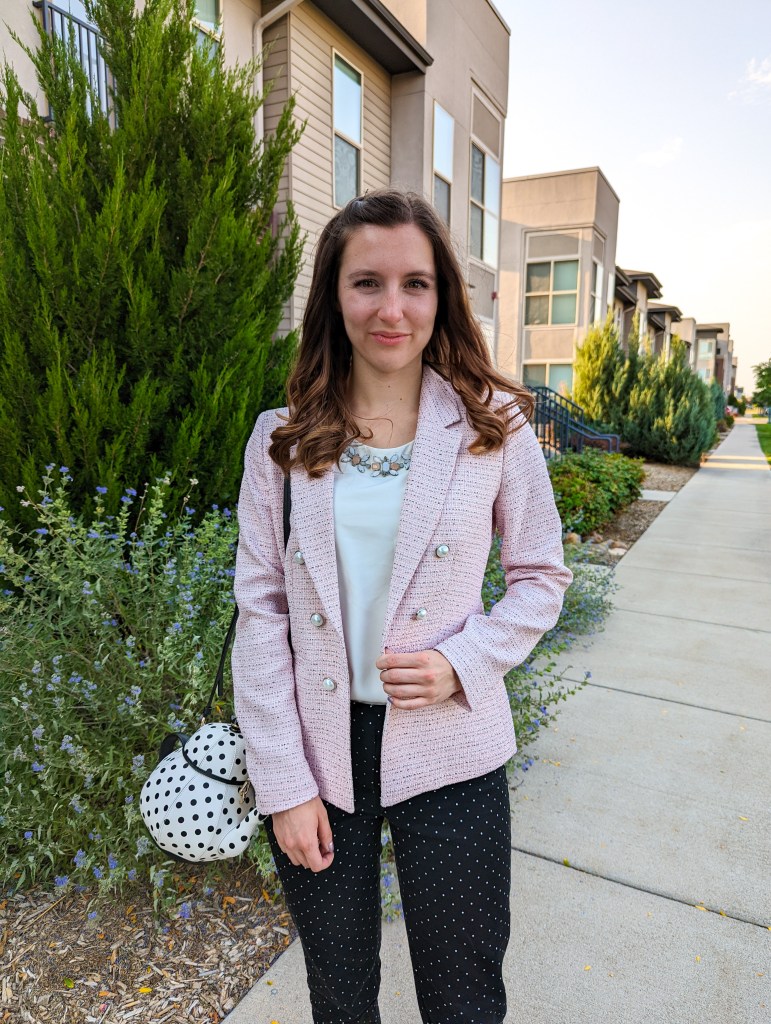 This month’s playlist has a really weird mix—some country songs from watching “Yellowstone”, a few Elvis tunes, and a handful of Taylor Swift’s Evermore album, as I started listening to it at work earlier in the month. Check out the full playlist here. 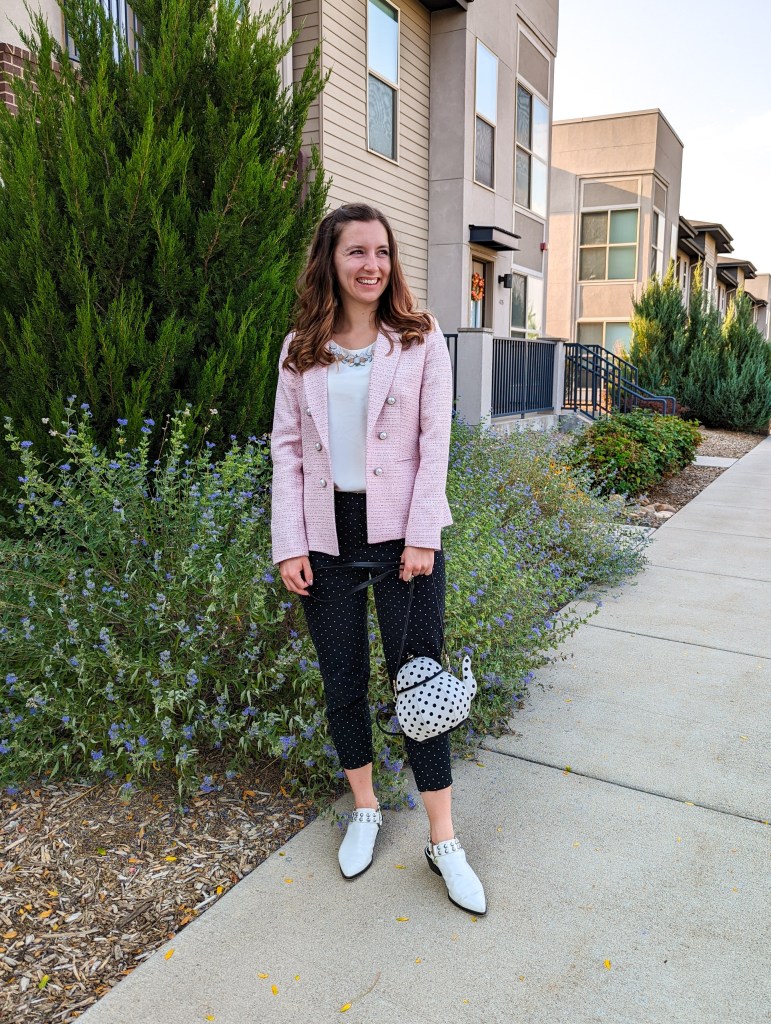 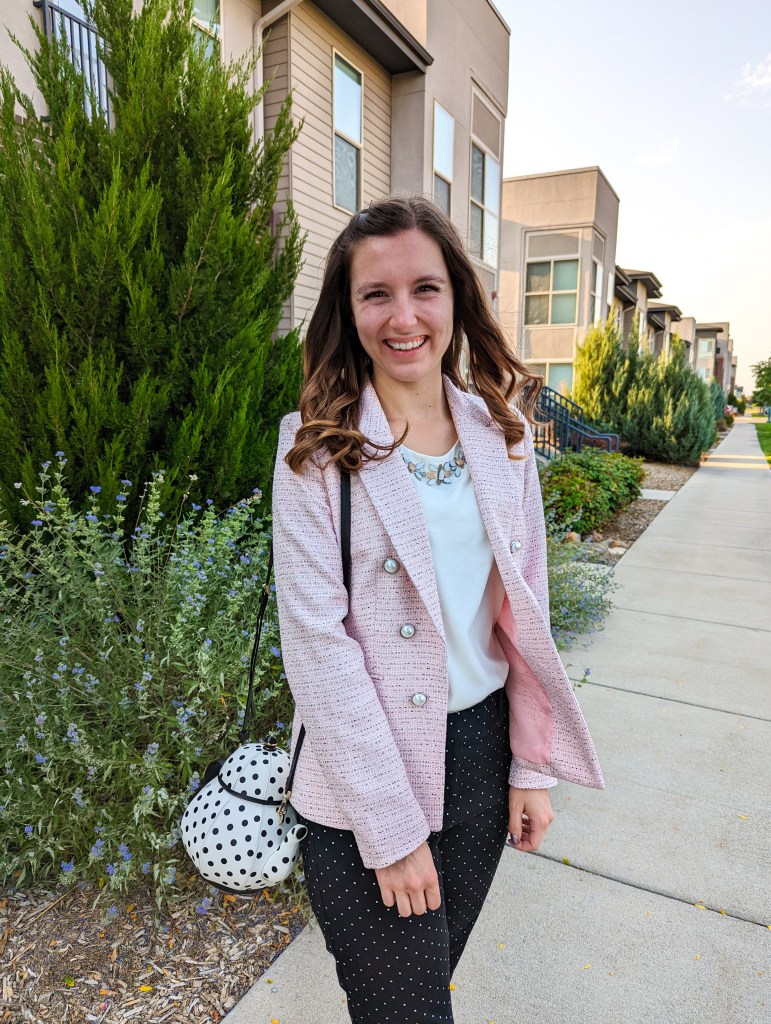 What I’ve Been Loving Lately 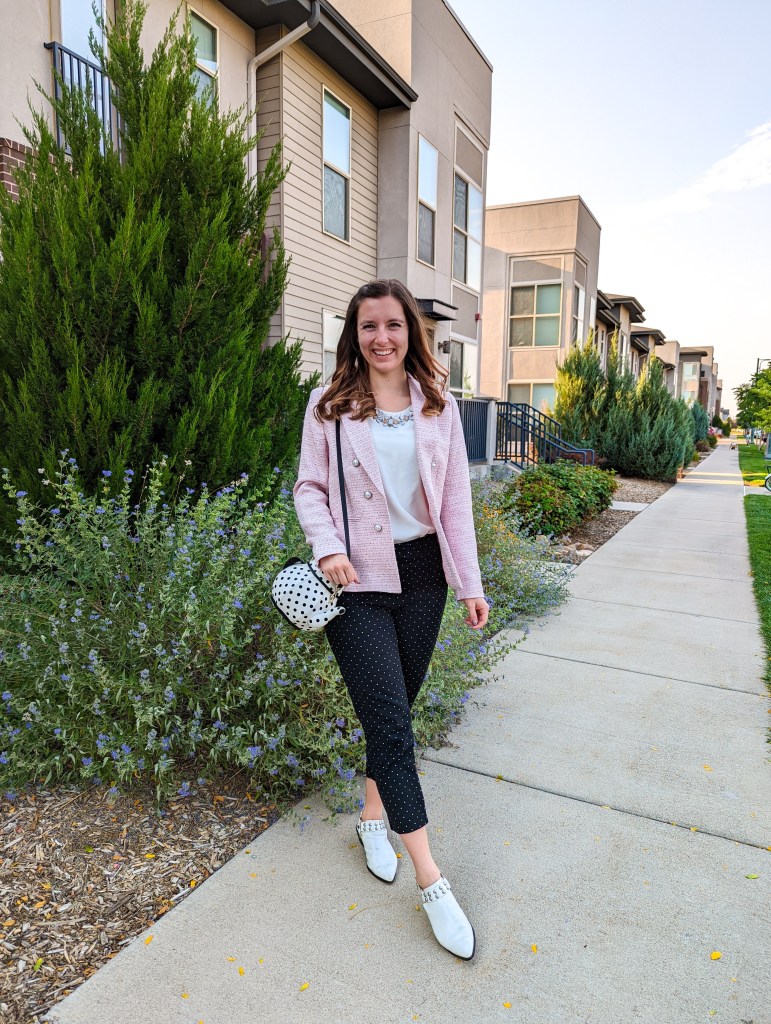 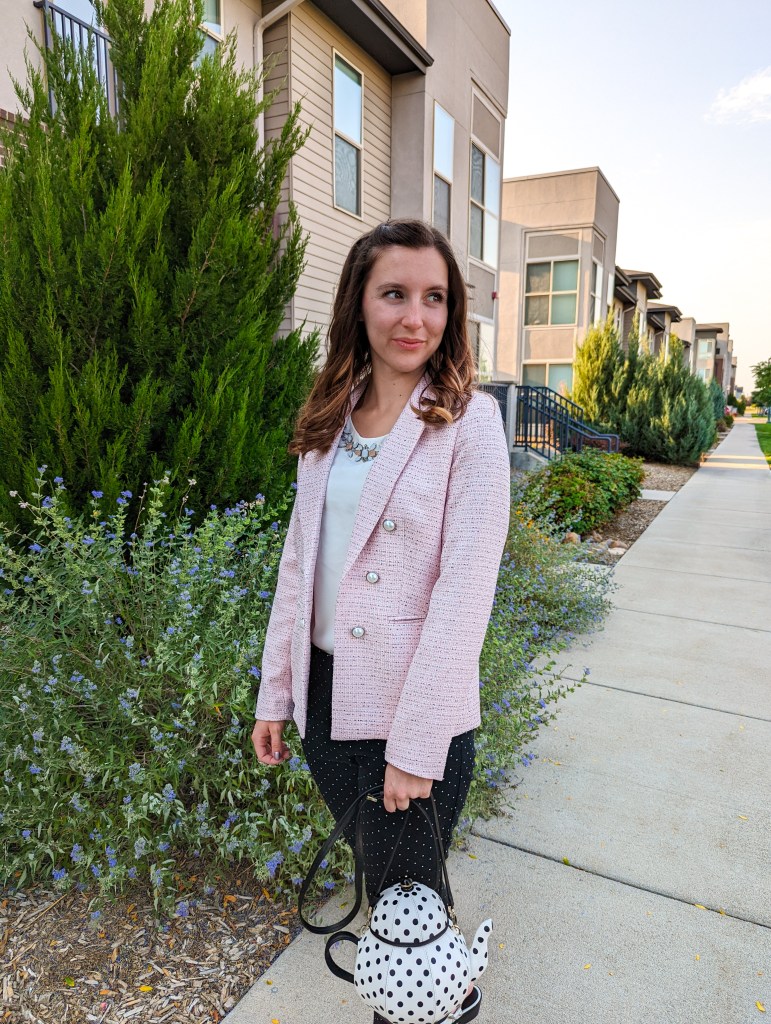 What I’m Looking Forward to in October 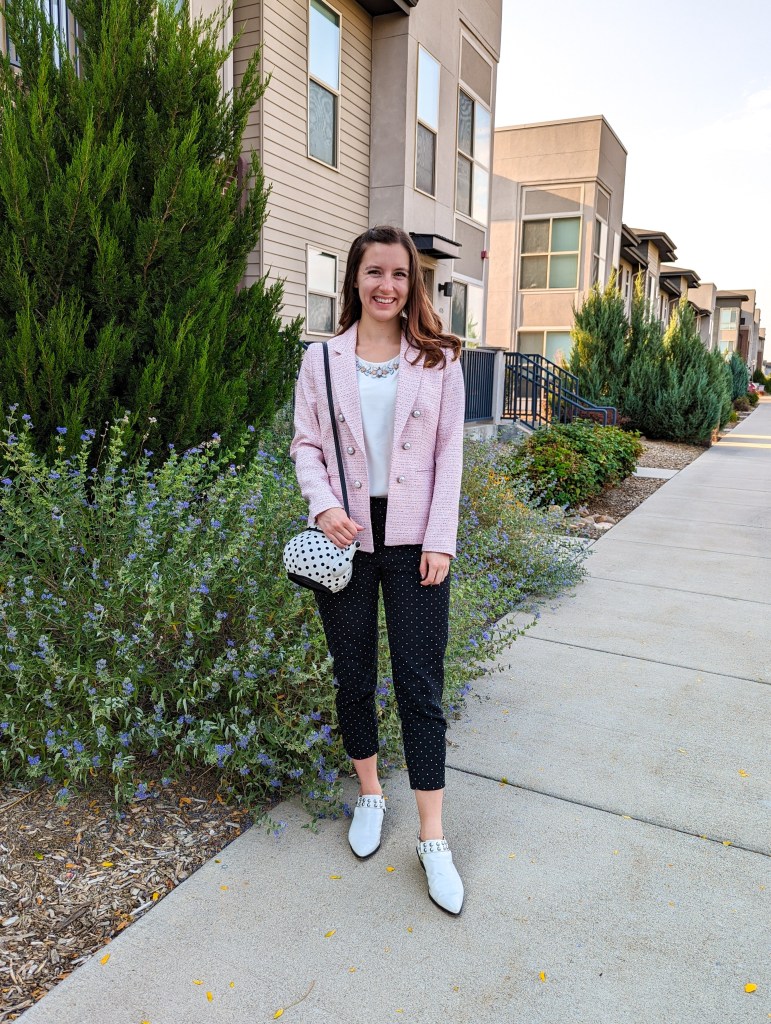 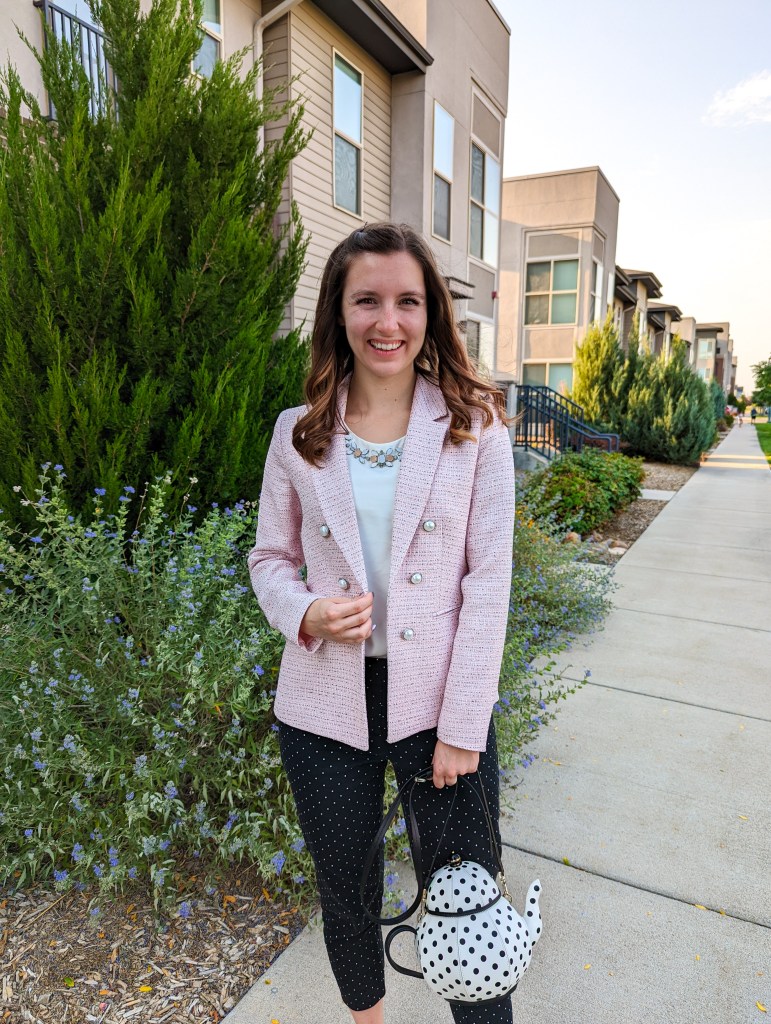 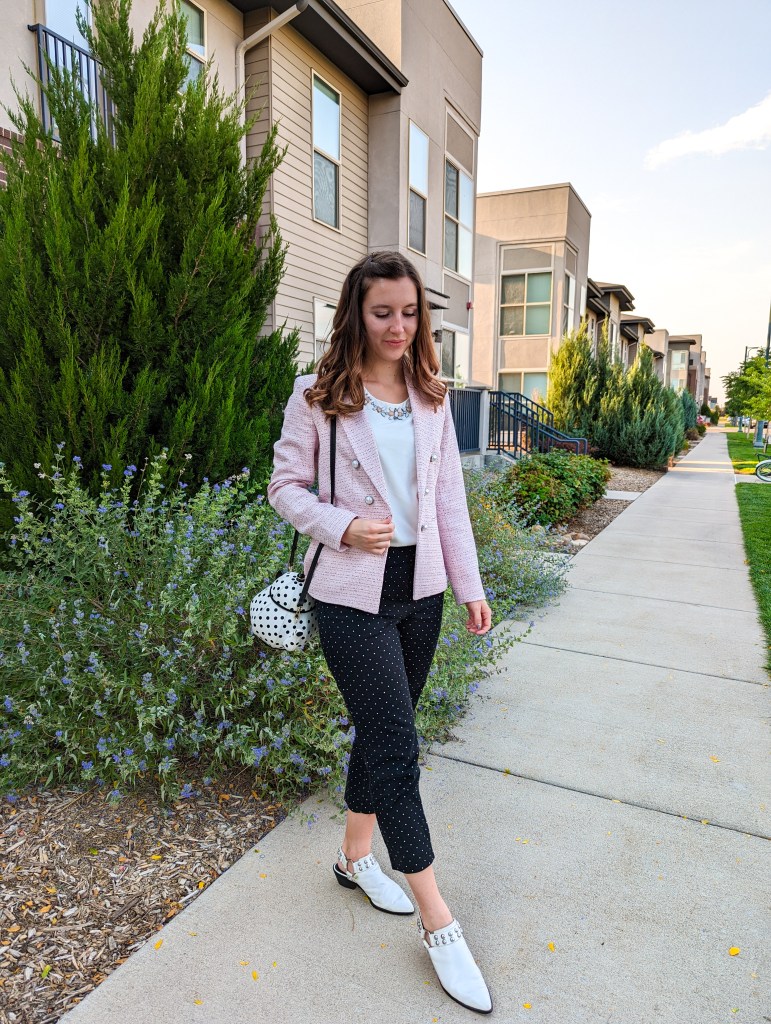 How cute is this outfit?! My mom gave me the baby pink tweed blazer for graduation and this was the first time I wore it. I felt so business chic! The tea kettle Kate Spade purse was also a gift and the perfect whimsical addition to the look. This is probably one of my favorite outfits ever.

As always, thanks for reading today’s post, and I hope you have a great Thursday.