Differences in Education Between Scotland and the U.S. 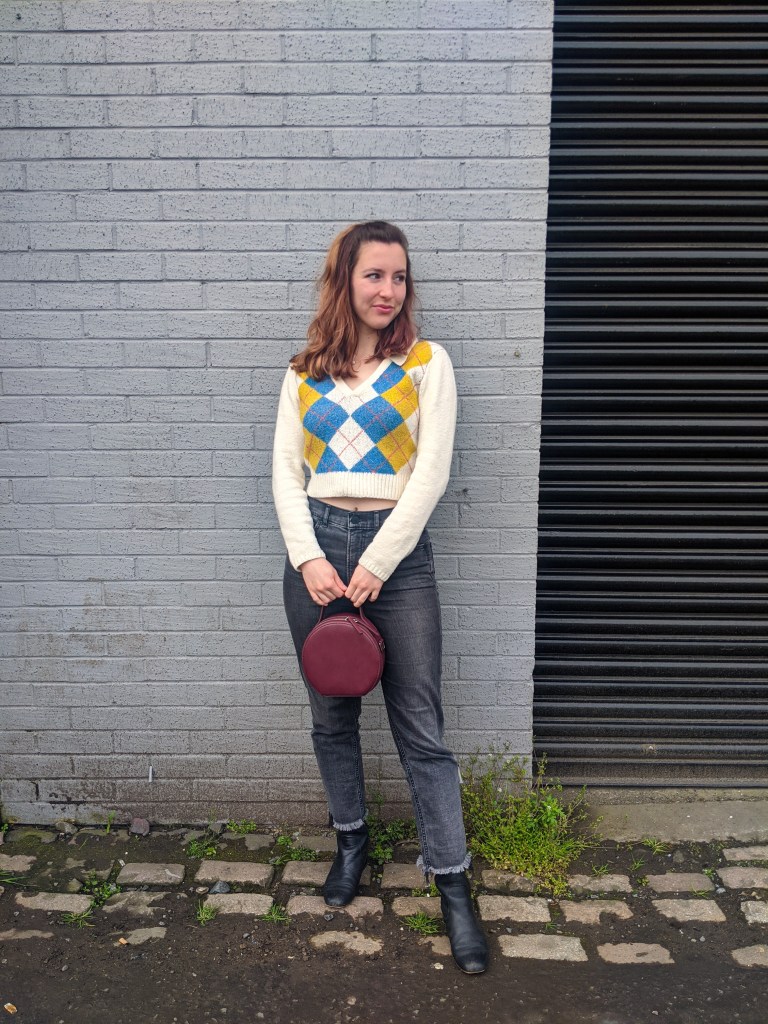 Well, I waited so dang long to post the rest of my study abroad content that it has now become back-to-school content instead… I guess it works, considering most of the outfits I wore in Scotland were more suited for fall, anyway! Today I wanted to talk a little bit about the differences in education I received abroad compared to my home university in the States. For those of you who don’t know, I spent my final semester studying at the University of Glasgow (GU) in Scotland, and I attended the University of Denver (DU) for the other three and a half years of undergrad. I can really only speak on the two schools I attended, but I was fascinated to realize there were a lot more differences between my host and home universities’ academics than I expected. 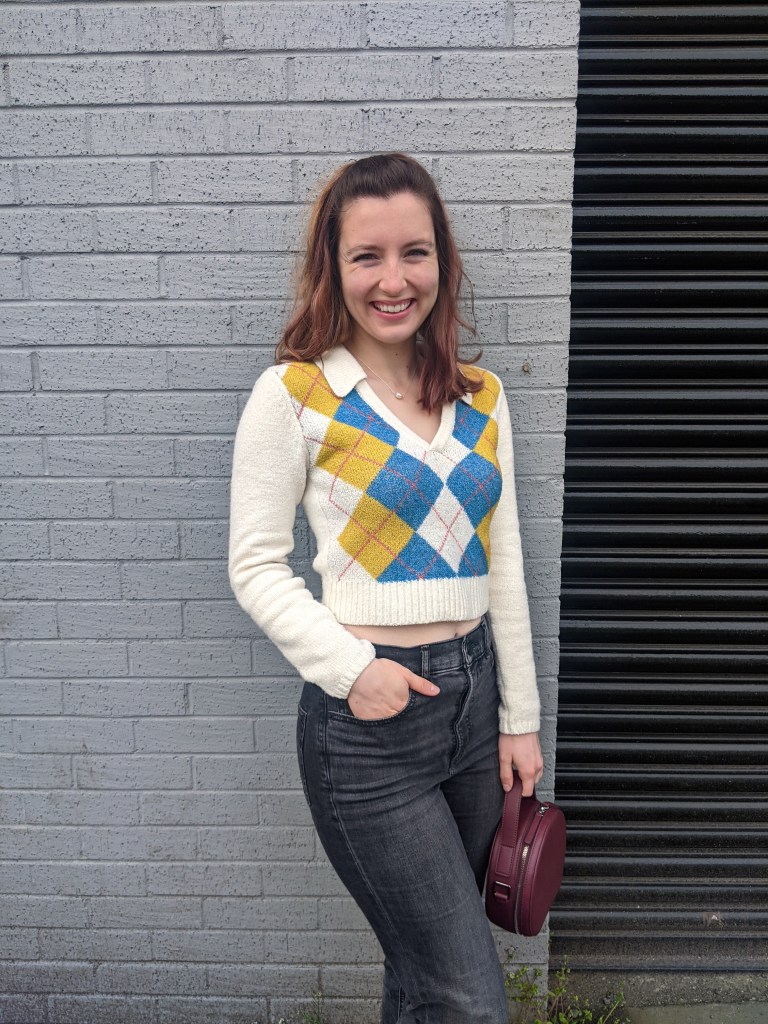 The first major difference at the University of Glasgow was their academic calendar. The school operates on a semester system, but it’s unlike any semester system I’ve heard of in the States. There are ten weeks of instruction instead of the typical 15-17 weeks (for reference, DU is on the quarter system and has ten weeks per quarter). After classes finish, there is a three-week spring break, followed by a four-week examination period. What?!!

A three-week spring break sounds awesome… and it was an amazing opportunity to do additional travel while I was abroad. But in reality, I think it’s a horrible idea. I was fortunate enough to have already fulfilled all of my graduation requirements before I went abroad, so the classes I took in Glasgow were purely for fun. However, if I were taking classes for credit, I would have been extremely stressed about a three-week break. To me, it’s the perfect way to forget everything you learned before taking your finals. Not to mention, it adds undue stress to your spring break, which should be just that—a break from stress and classes. (On the quarter system at DU, you have 10 weeks of classes and then take your finals in the 11th week before going on winter/spring/summer break. I much prefer this method, as it allows you to test your knowledge while it’s still fresh… and lets you truly enjoy your vacations.)

After the three-week spring break, during which assignments may or may not be due (I had one essay due smack-dab in the middle of break), there is a four-week examination period. So if you took four classes like me, you could end up with all four exams during a single week or each exam during a different week—it was completely luck of the draw. This also meant that if you had a final the last week of the examination period, it could be up to seven weeks since you last had a class in that subject.

Personally, I would take no spring break any day if it meant I could a) have a longer summer and b) take my tests closer to when I actually learned the information. I also found the social culture very interesting during those four weeks. Lots of people said they couldn’t hang out because “it’s exam period”—everyone seemed to take it very seriously, as if they didn’t take any breaks or do anything fun over the course of that month. I think there is also something to be said about the camaraderie that is missing with this schedule. Students could finish the school year at any time depending on their exam dates, whereas at DU, there is a certain shared suffering that comes with completing all your finals in the same couple of days. I asked some of my friends studying abroad from other European countries if their home institutions had this schedule, and they said no—they also thought this layout was super weird. 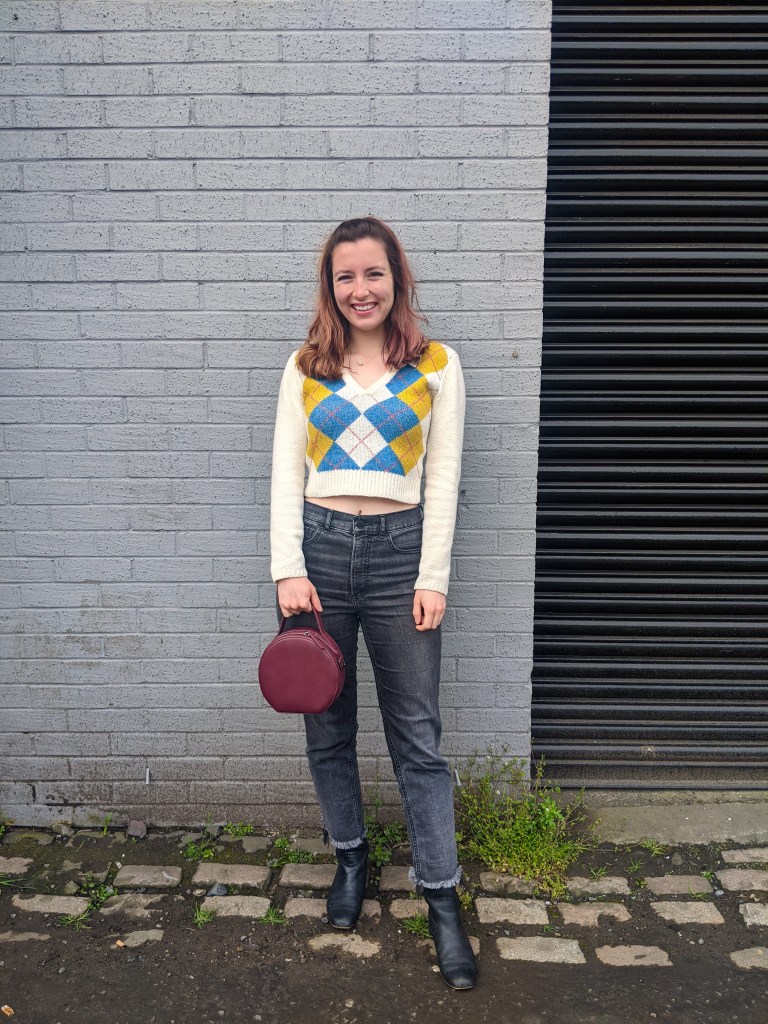 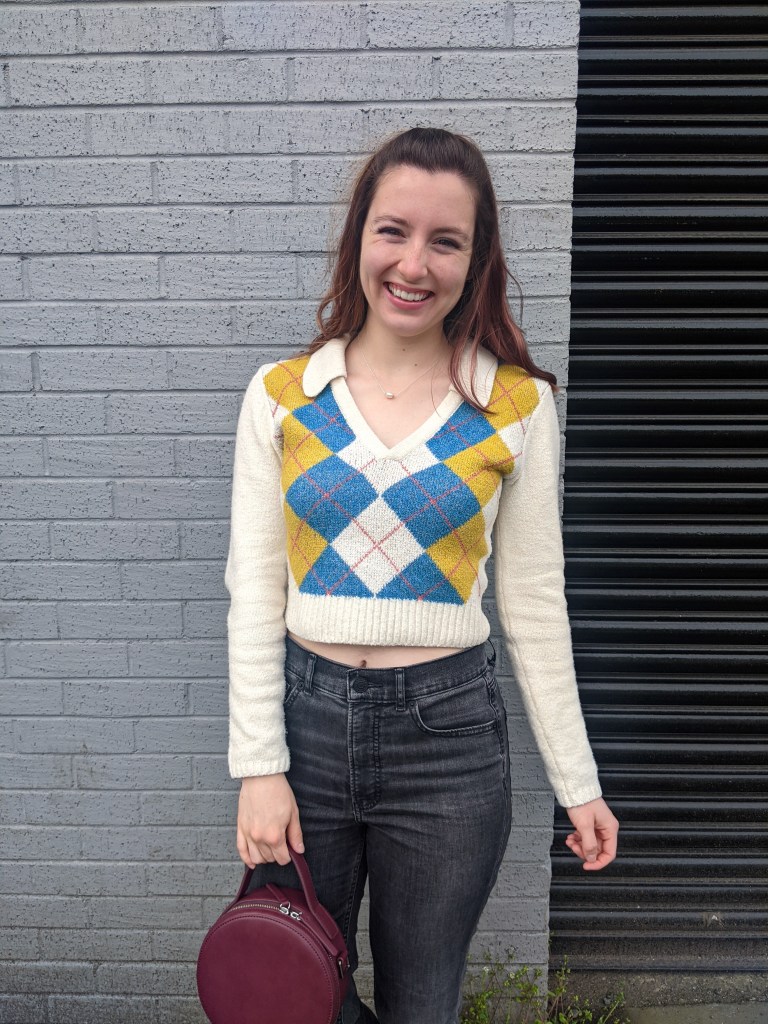 Another interesting difference was the layout of the classes. My courses had two to three lectures per week, in addition to a seminar, which they called “tutorials”. The seminar was taught by a “tutor”, which is essentially the same as a TA in the States. This isn’t that different than how courses are structured in the U.S., but the only classes I had taken with this format were science classes that had a lab component. At Glasgow, I only took intro-level social science/arts electives, which still had this layout.

The seminars were usually composed of six or seven students, but hardly anyone showed up. There were several occasions where my American friend and I were the only two people to attend our Celtic Civilization seminar, which was very awkward, considering neither of us knew anything about the topic. The tutorials were what you would expect—small group discussion that was generally useless for learning anything of value.

And the lectures… were unfortunately incredibly boring. I usually preferred lectures at DU, as opposed to small group work, but I found it so hard to pay attention to the lecturers at Glasgow. Most of the lecturers were old, monotone dudes who crammed so much information into a single class that it was difficult to keep up. I often found myself wondering if I had missed readings or somehow not known about an assignment—that’s how lost I felt most of the time. They would get up there and talk and talk and talk for an hour or two, with no opportunity for engagement. It just felt like a very old style of teaching, one that I would imagine results in a lot of students tuning out. 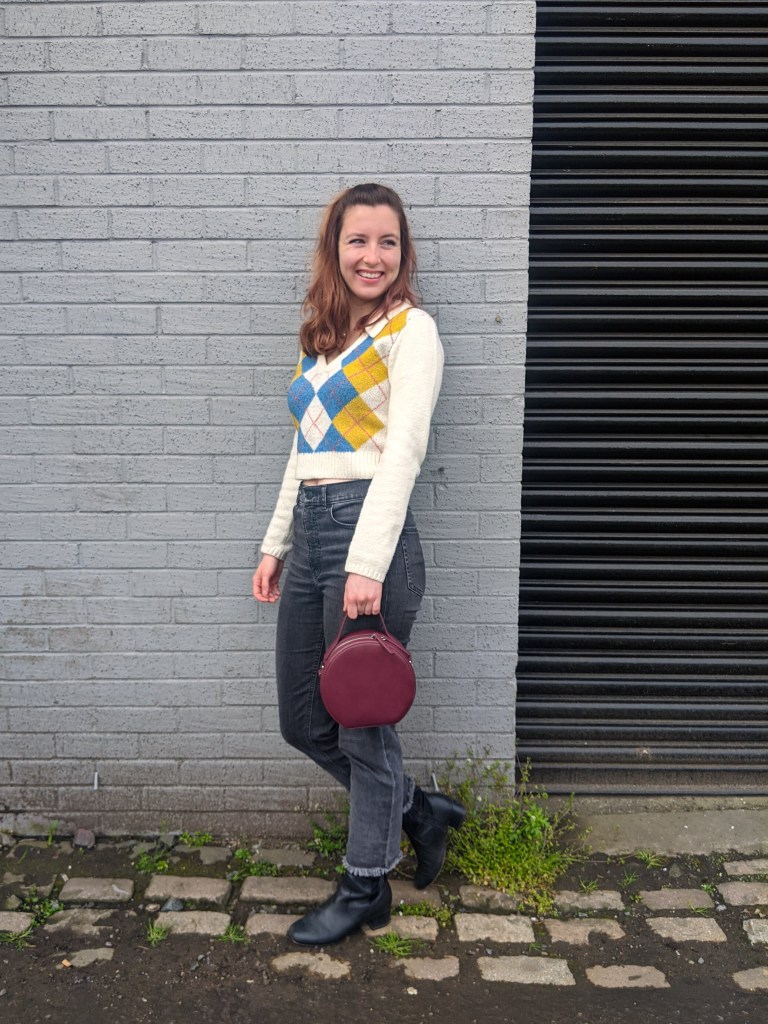 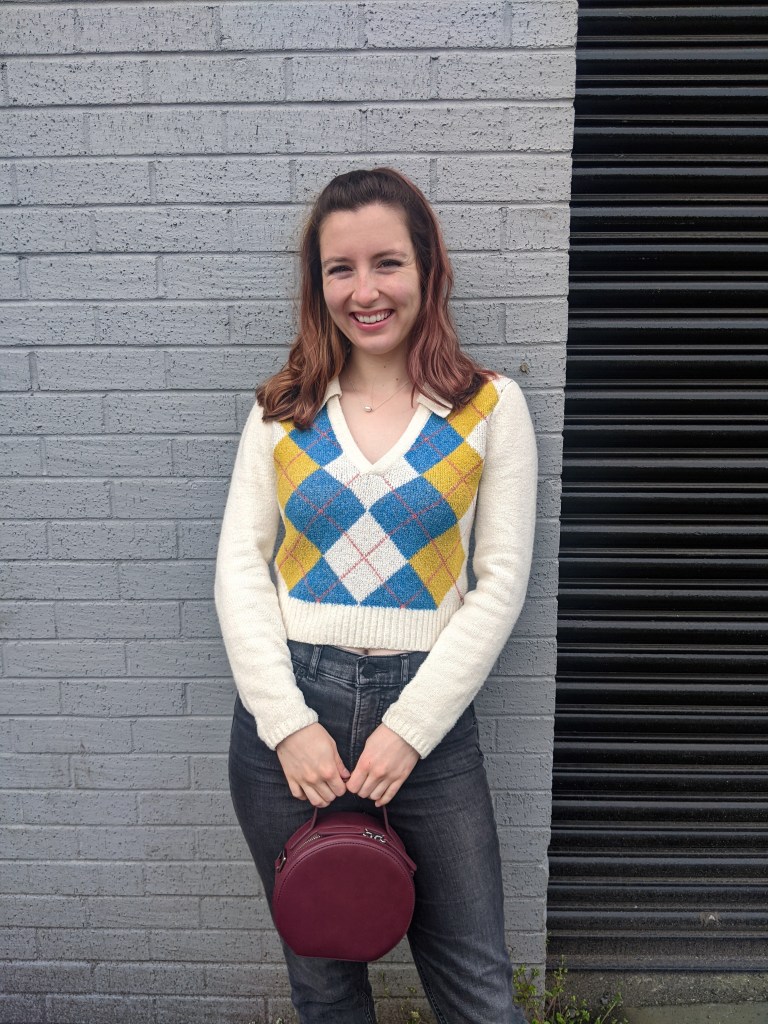 Multiple Instructors for Every Class

I found that this difference made it very difficult for me to learn. At DU (and probably most U.S. universities?), there is one professor per class—sometimes two. But at the University of Glasgow, every class seemed to have at least four professors. There was a course convenor, whom I think was in charge of scheduling and administrative tasks, and then there were several lecturers. For my Intro to Scottish Culture course, for example, we had a different instructor almost every class.

The beginning of a school year was always very stressful to me because I didn’t know my professors or their styles and expectations. However, after one or two weeks, I would have a good idea about how to act in their classes, and that stress would dissipate. That was never the case at GU. With the professors constantly changing, it was hard to adapt to their teaching styles, especially when it came to trying to understand their grading. Which brings me to my next point… 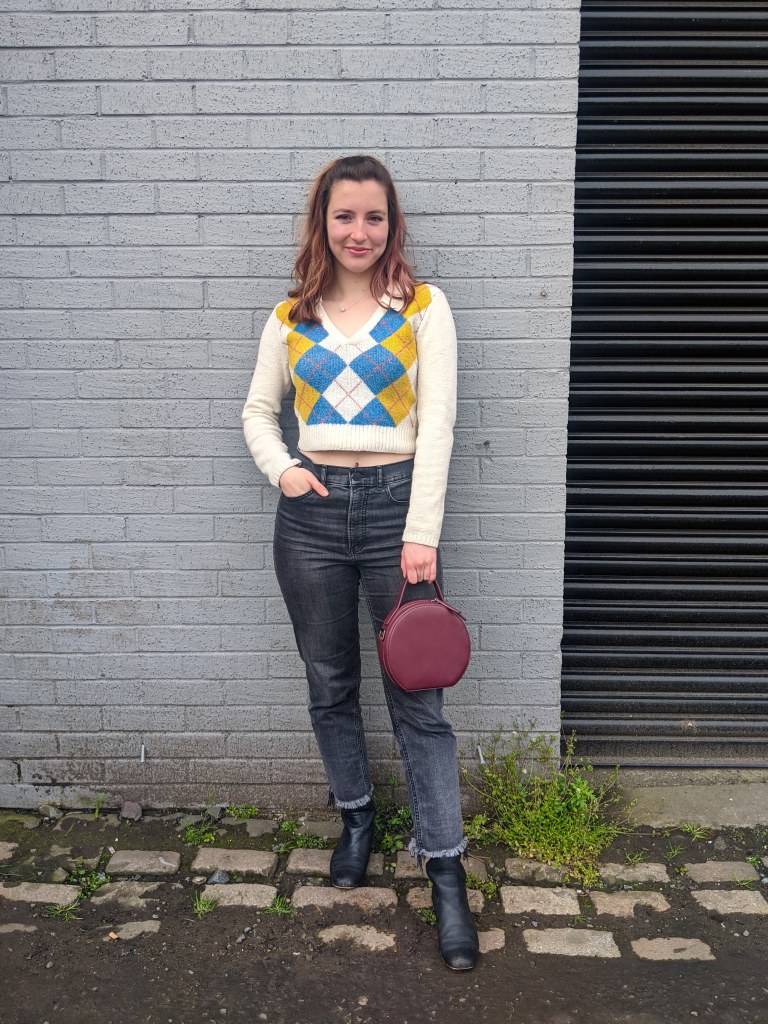 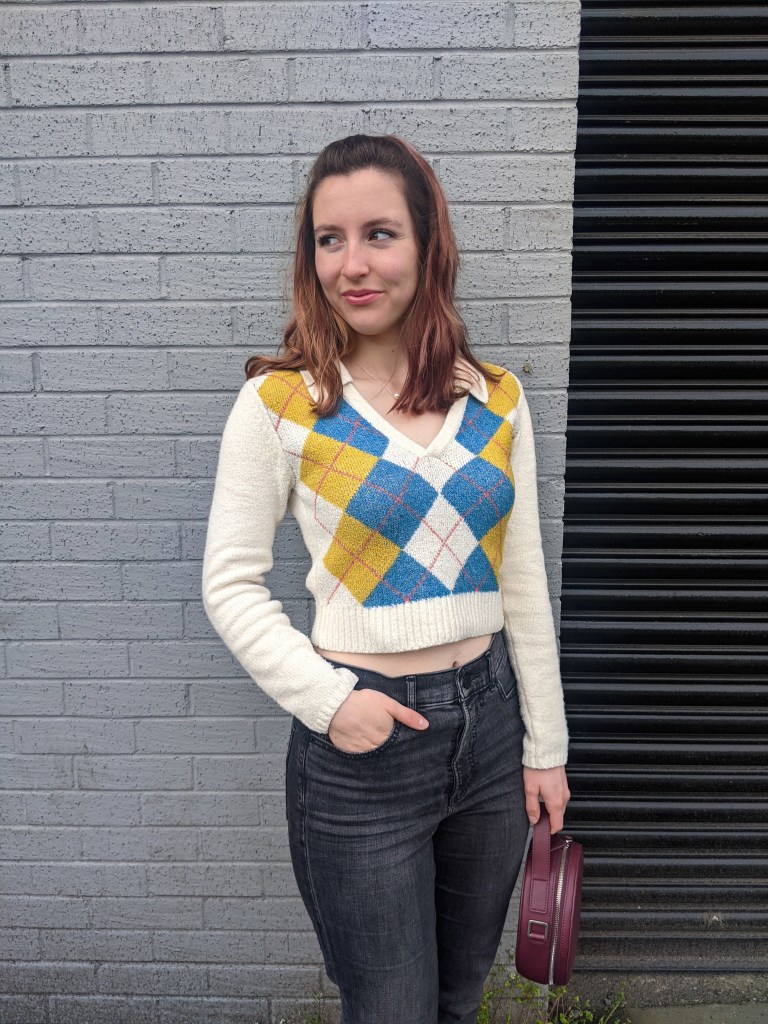 Something else that I struggled with at the University of Glasgow was their grading system. Generally, in the U.S., they mark down, meaning they subtract points for everything you do wrong on an assignment or test. At GU, on the other hand, I was told that you had to earn points. As it was explained to me, you start at 0 (as opposed to 100) and have to earn points for everything you do right—so you’re not automatically given points just for completing something.

Assignments in Glasgow also tended to be out of 22 points, which was super random to me. In fact, I don’t think I could ever get the numbers to add up correctly when I looked at what points I missed out of the total… and the percentages never matched either—the grading was a total mystery to me. They also use a somewhat different letter scale, so instead of A, B, C, D, F, they have A1, A2, A3, B1, B2, B3, etc. Because of these differences, DU actually converted my abroad grades. For example, I got a 65% on one of my Art History assignments. Sounds bad, right? Well, that 65% was somehow one of the C letter grades, which somehow converted to an A- at DU. Like I said, it made no sense to me.

Another very interesting aspect of studying at the University of Glasgow was the industrial action, or strikes. I think it turned out to be about three weeks (mind you, out of 10!), that I didn’t have my Celtic Civilization class because the teachers were striking. To be honest, I didn’t pay attention to why or what they were asking for, but I do know that it wasn’t resolved—they were scheduling another strike for later in the year. This made it nice for my study abroad experience because it meant I could travel and explore more than I otherwise would have… But if I was taking required classes, I would have been very frustrated to be paying a lot of money and not learning important skills. One of my French friends, who was attending the university full-time, disgruntledly admitted that she has missed a lot of her education due to strikes. 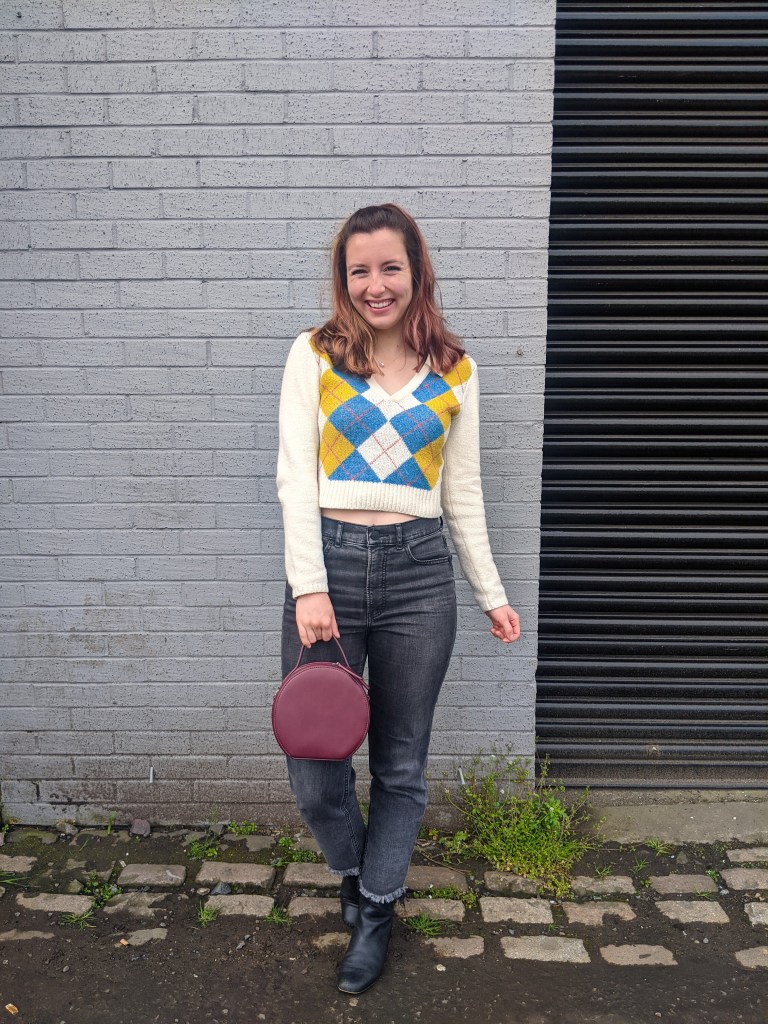 So there you have it, a few of the major academic differences I noticed while abroad! Like I mentioned a few times, it sounds like the University of Glasgow is kind of unique in these ways, as lots of my friends from other countries said their home universities are more similar to those in the U.S. than GU. I’m curious to know how different other universities would have been, like my second-choice study abroad program in Milan.

I know some U.S. schools have professors that travel abroad with their students, so the academic aspects of a study abroad program are pretty much the same as in the States. I’m glad that was not the case for me. Even though the education at Glasgow was a little disappointing, I think it was a large part of the experience to see what schooling was like in another country. I’m just beyond grateful that none of my grades really mattered—it would have been a much more stressful semester if my classes counted towards graduation or my majors, since I don’t feel like I learned that much!

Have you studied abroad? Are there any big differences you noticed? I would love to hear!

4 comments on “Differences in Education Between Scotland and the U.S.”