A Quick Trip to Dublin and County Cork 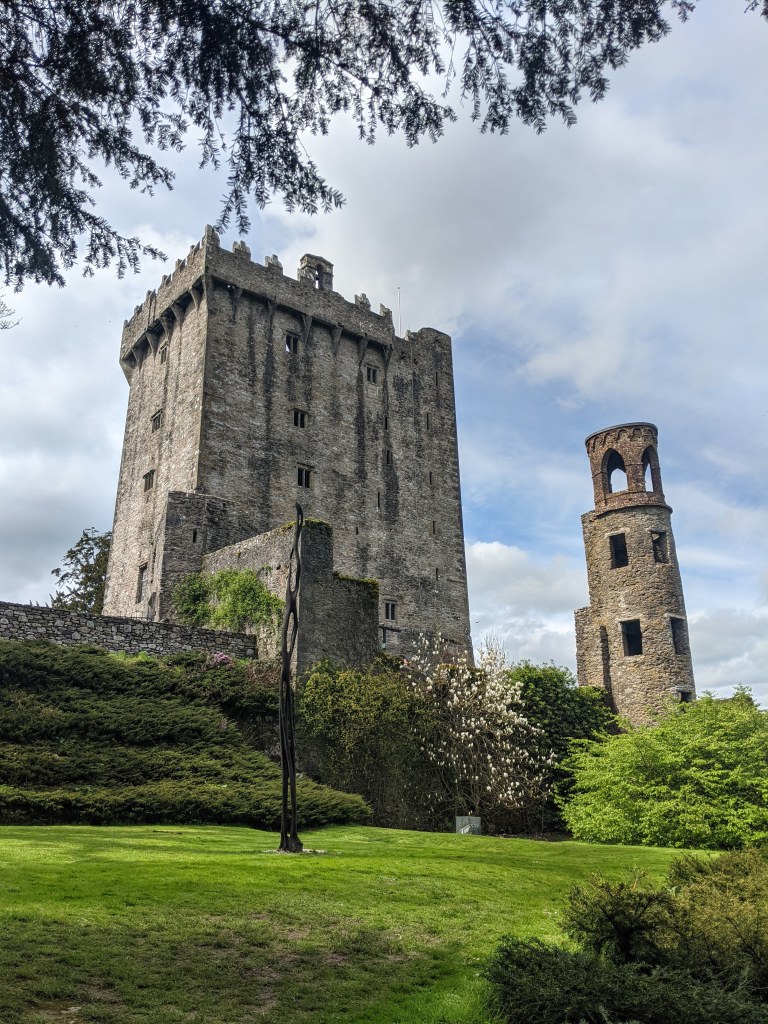 Today I wanted to share some pics from my visit to Ireland last week! We were so lucky with the weather—it was sunny for almost the entirety of our four-day trip—and everything was a lush green and in full bloom. This was the first vacation I’d ever taken with just a friend (no parental input whatsoever) so I was a little nervous going into it that I forgot about something important. I am a planner through and through, but I have to say that this trip was extremely spontaneous. Pretty much the only pre-thought I put into it was buying our plane tickets. Thankfully, aside from a shite hostel, everything went smoothly. It was a fun and very different experience for me to just go with the flow!

We learned first thing after hopping off our plane that unlike in Scotland, the buses in Dublin only accept coins. We didn’t have any euros on us, so we took the nice bus man’s recommendation of buying a 72-hour Leap card for tourists, which gave us unlimited access to public transportation for three days. (That is one of the things I would have known had I put any forethought into planning this trip.) While I’m not sure we quite got our 16 euros out of the Leap card, I have to admit that the convenience and ease of being able to travel without stressing about coins/missing our stop was definitely worth the money. 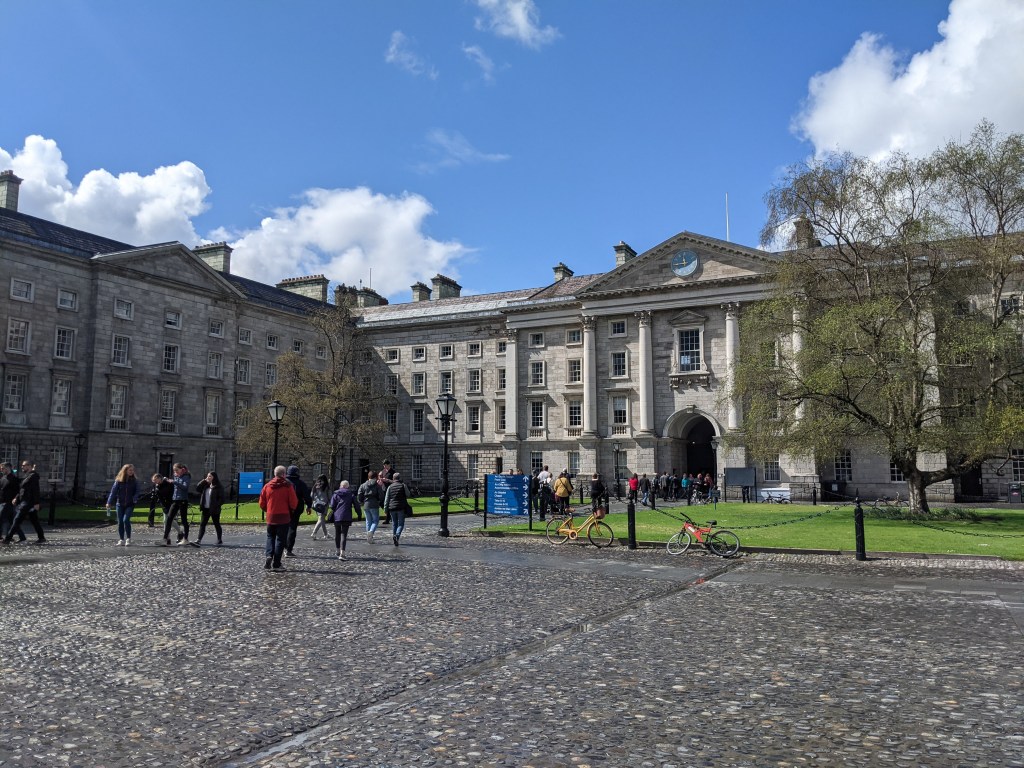 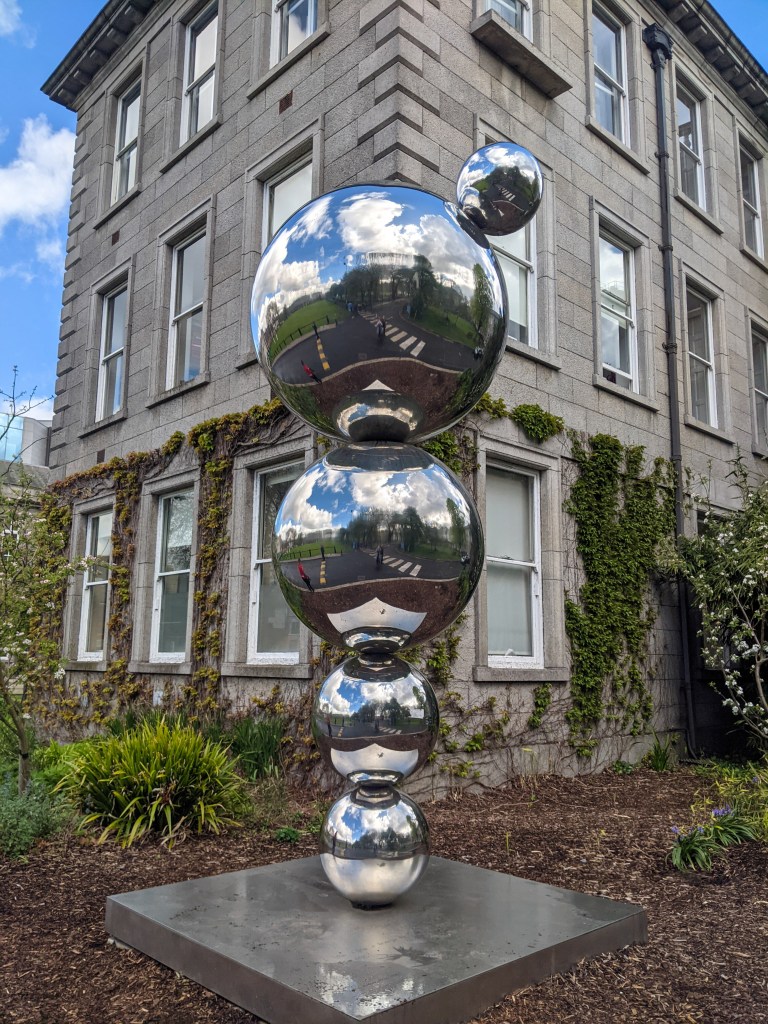 Since our plane landed around 9:30 am on Monday morning, we had all day to explore the city. We started at O’Connell Street, one of the main roads in downtown Dublin with lots of shopping and the famous Spire monument. We walked along the Liffey River and made our way to Trinity College, where we booked a ticket to see the famous Book of Kells, an ancient manuscript from the 9th century. I had actually learned all about the book in my Celtic Civilization class this semester, so it was really cool to see it in person! We also wandered around the Long Room in the Trinity College Library, seen below. 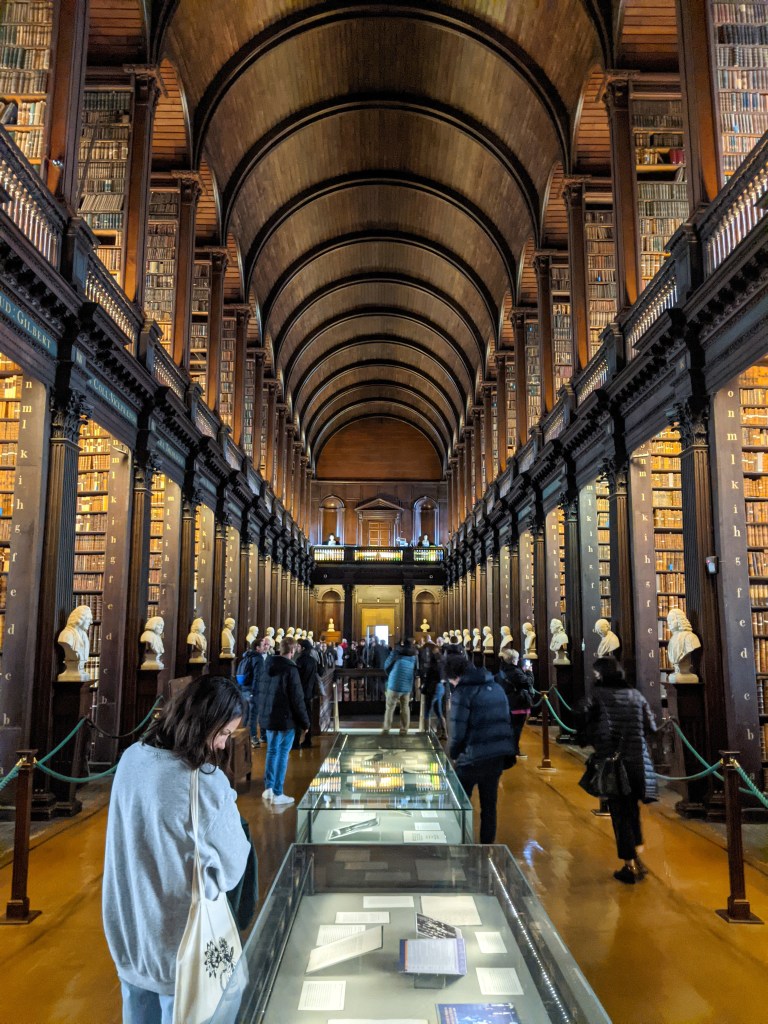 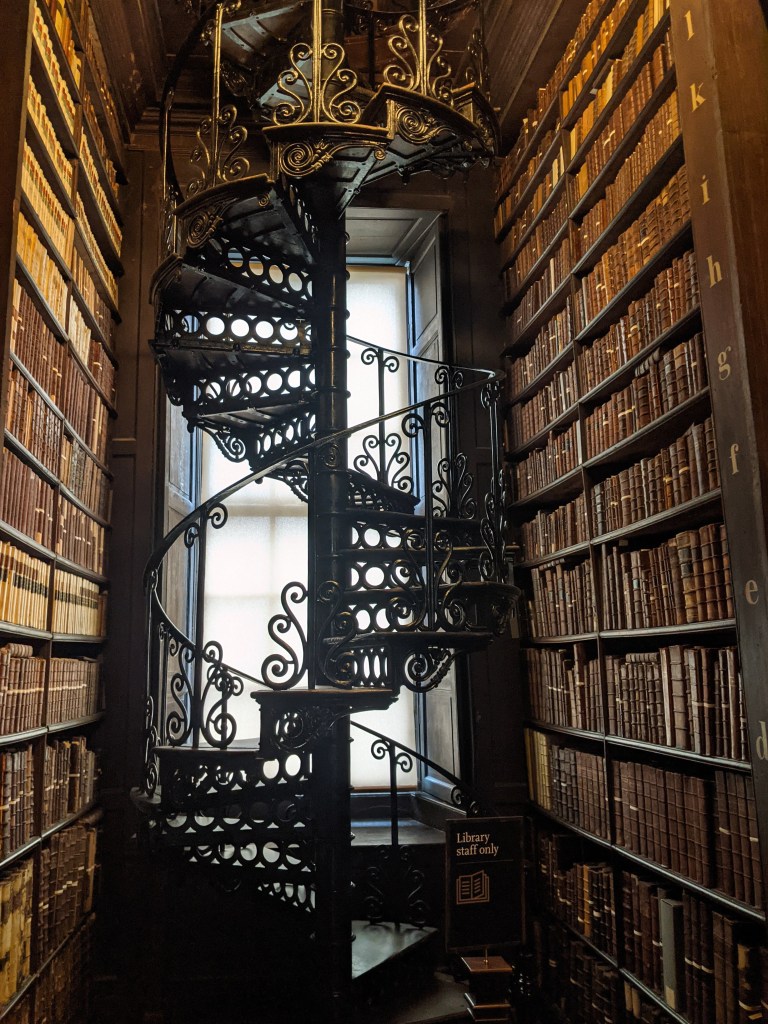 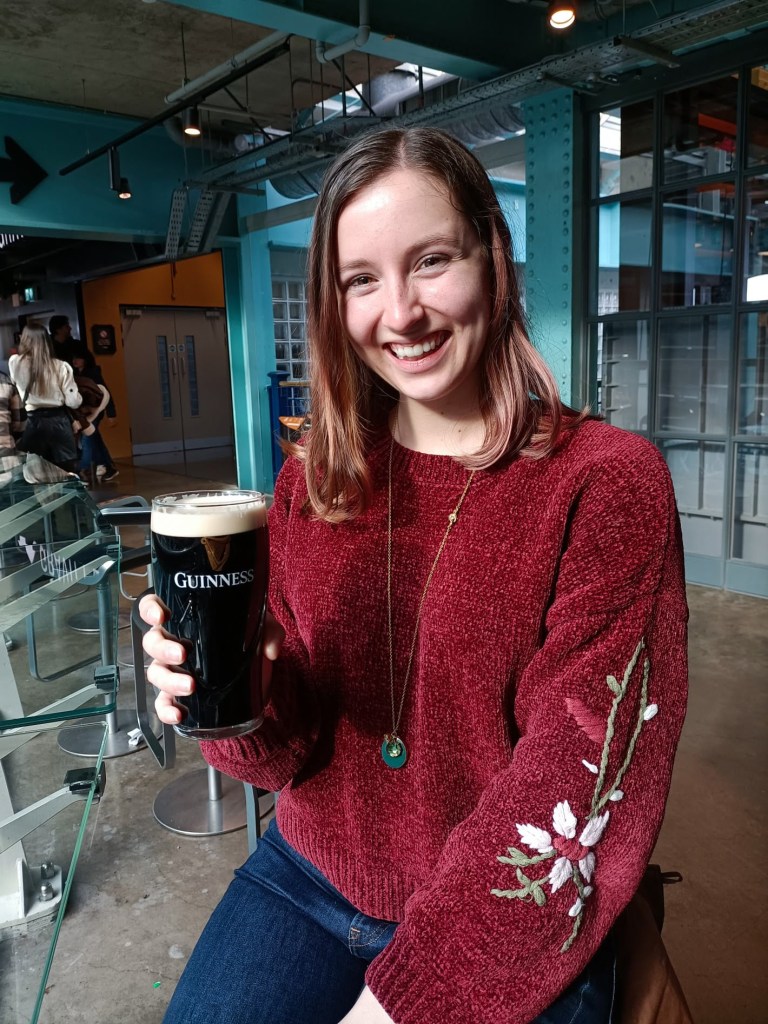 Afterwards, we bussed across town to tour the Guinness Storehouse, which seemed like a Dublin must. My friend and I had both decided back in February or so that we wanted to save our first Guinness beer for the Guinness factory itself. While I’m glad we did the tour, I do think it was kind of expensive for what it was… There were eight floors of ‘museum’! So it really felt like they were trying to squeeze out as much information about Guinness as possible, kind of like when you have to reach a certain word count for an essay and start to fill it with the most trivial, loosely-related information. There wasn’t even room in the sky bar at the top to properly enjoy our Guinness (which was included with the price of admission). We still enjoyed ourselves, but we just thought the whole thing was kind of a funny experience! 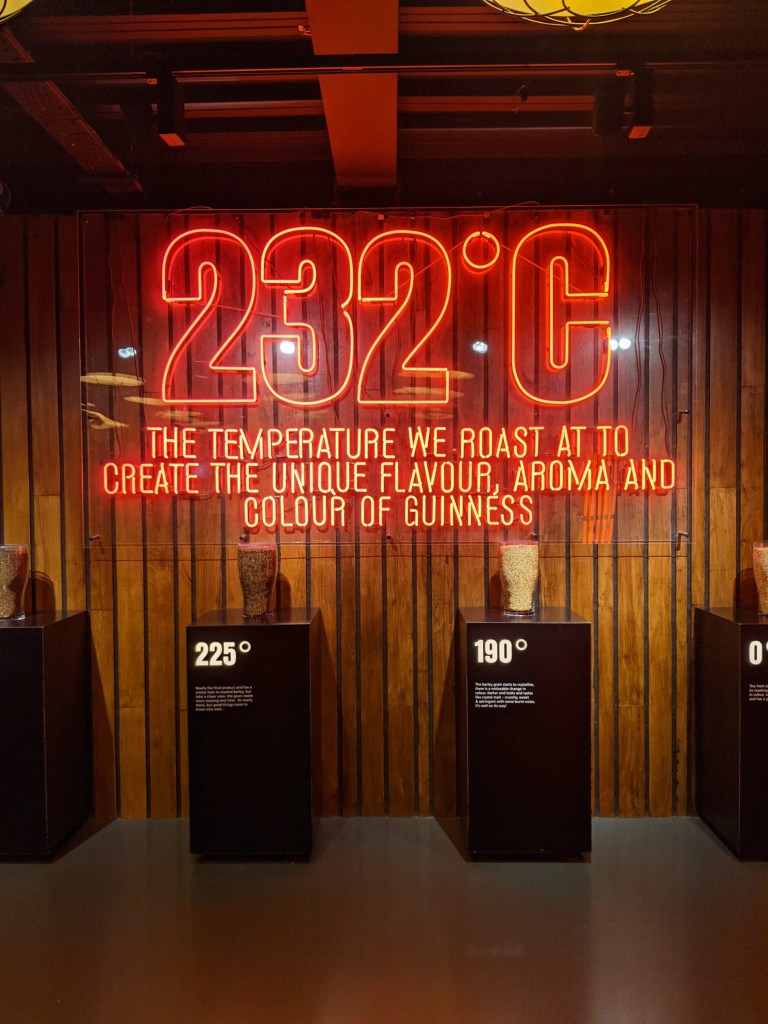 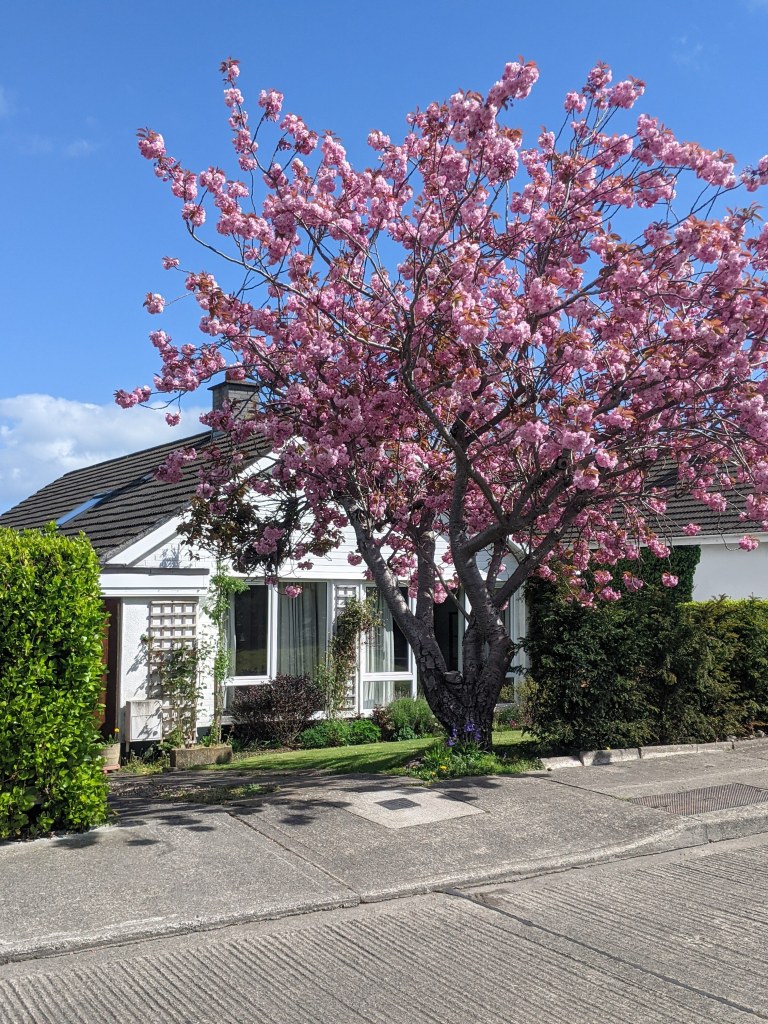 On Tuesday, we decided to take an hour bus ride to a place called Killiney, which had been recommended to us by an Irish girl my friend knows. We were a few stops away from our destination before we realized we actually had no idea what Killiney is—a town? A building? A viewpoint? How spontaneous of us to just hop on a bus and not know where we were going!

We ended up walking to the top of Killiney Hill Park, which had an absolutely beautiful view of the coastline and the Irish Sea. We both agreed that it was lovely to get out of the city for the day and see a little more of what Ireland has to offer. Plus, the first half of the bus ride out was through the cutest neighborhood, and all the flowering trees were in bloom! 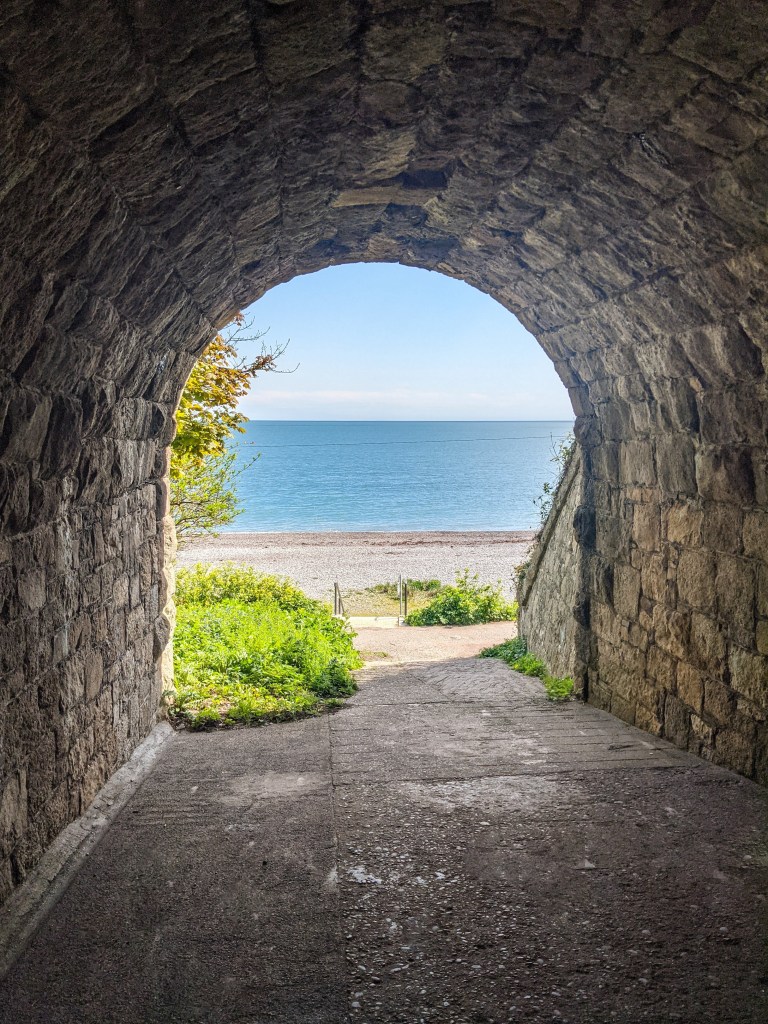 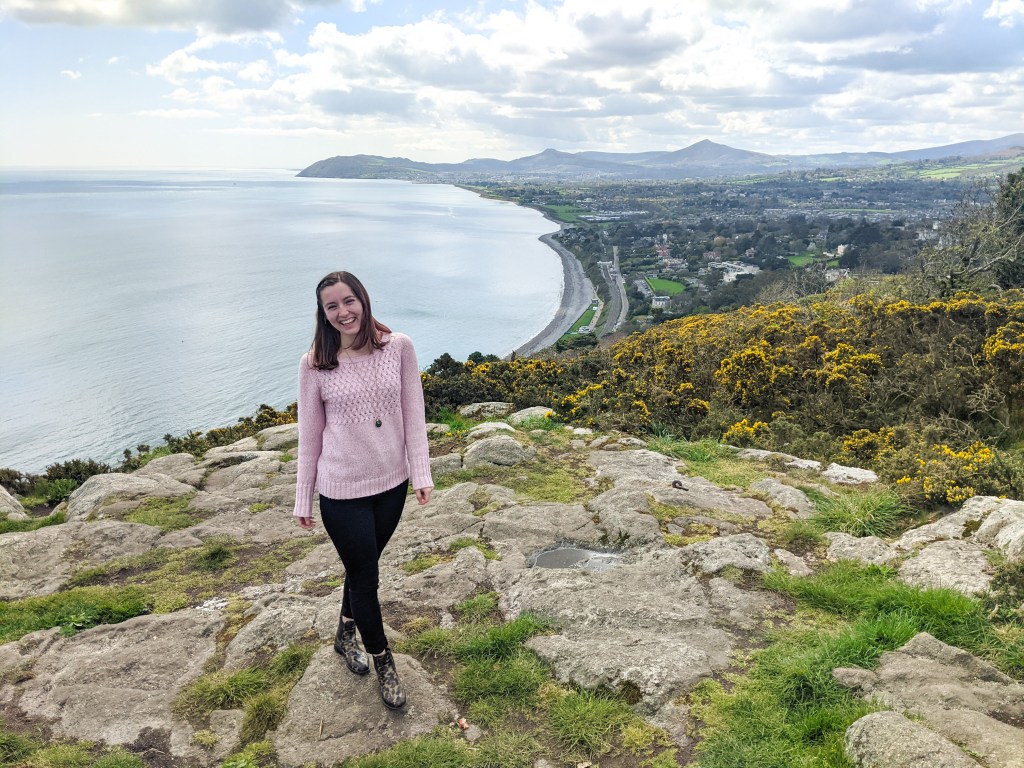 After our hike to the top of the hill, we had the absolute best time lounging on the beach all afternoon, soaking up the sun. I even got a little sunburnt. Sunburnt, in Ireland! Who knew? There was actually a lot of people going for a dip in the sea, but it wasn’t quite warm enough for us to don our own swimsuits. 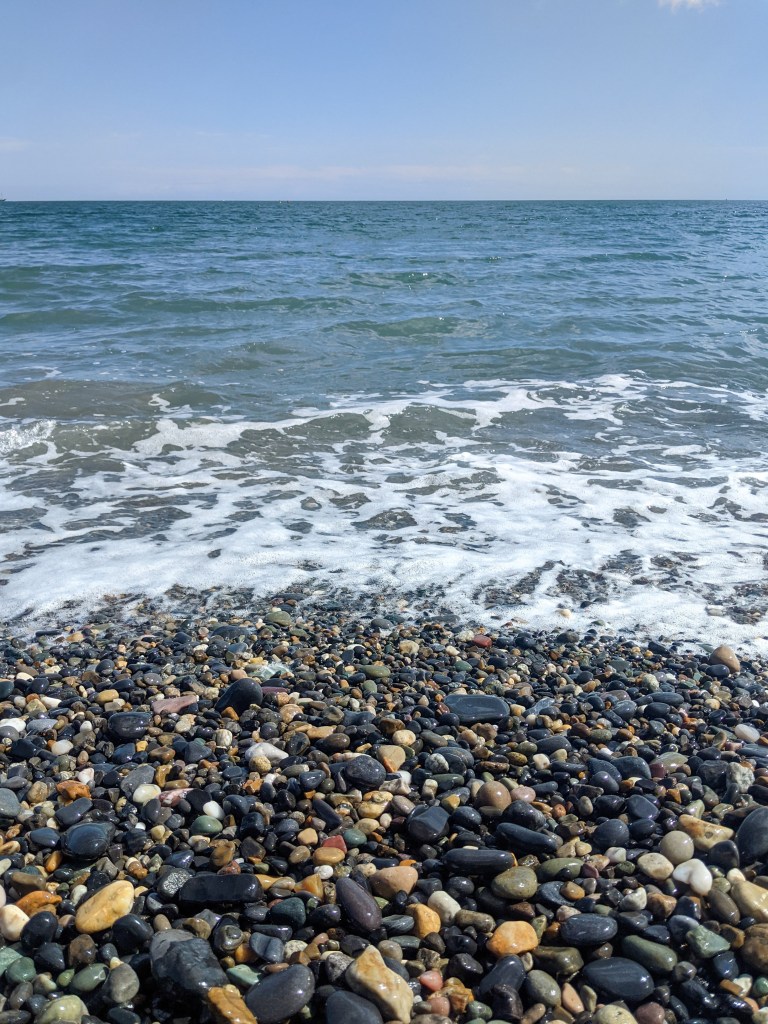 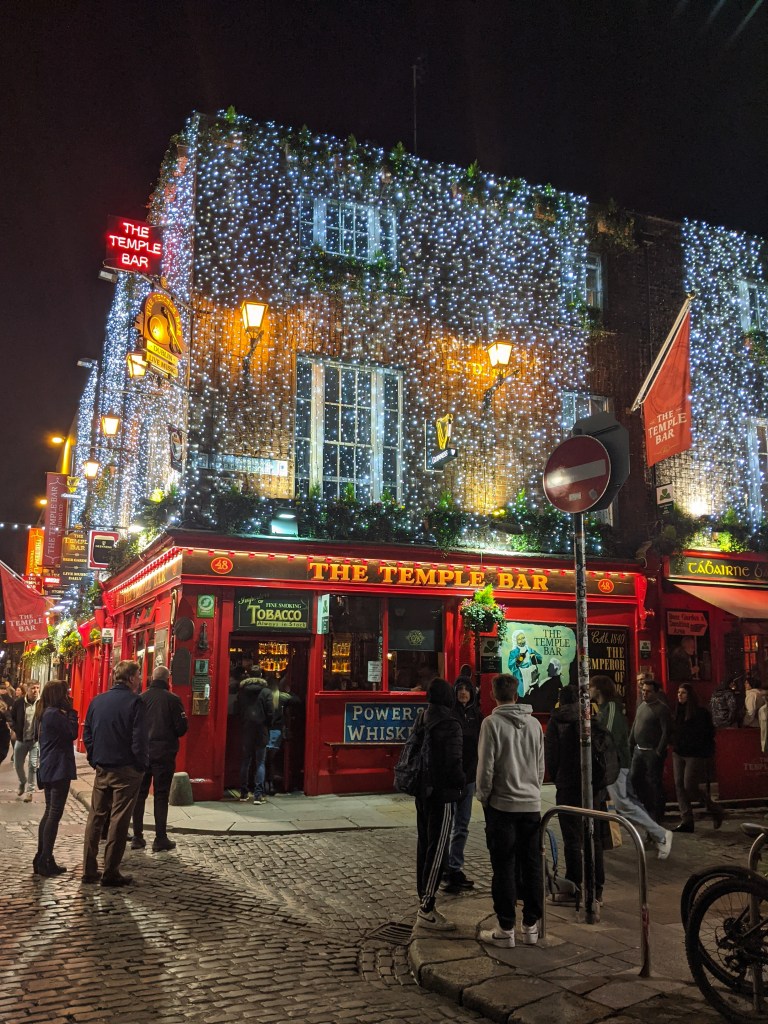 After heading back into town, we met up with some friends of ours for dinner, followed by drinks in the Temple Bar area. I thought Temple Bar was just the single, famous bar, as pictured above, but as I understand it—it is also an area of town. A very touristy part of town, and I learned from one local that pickpocketing and stealing phones out of people’s hands is quite common in the area. We didn’t have any issues with that, but it was good to know! None of us ended up going into the actual Temple Bar because we heard it was always crowded and overpriced, but we did grab drinks nearby and listen to live music. 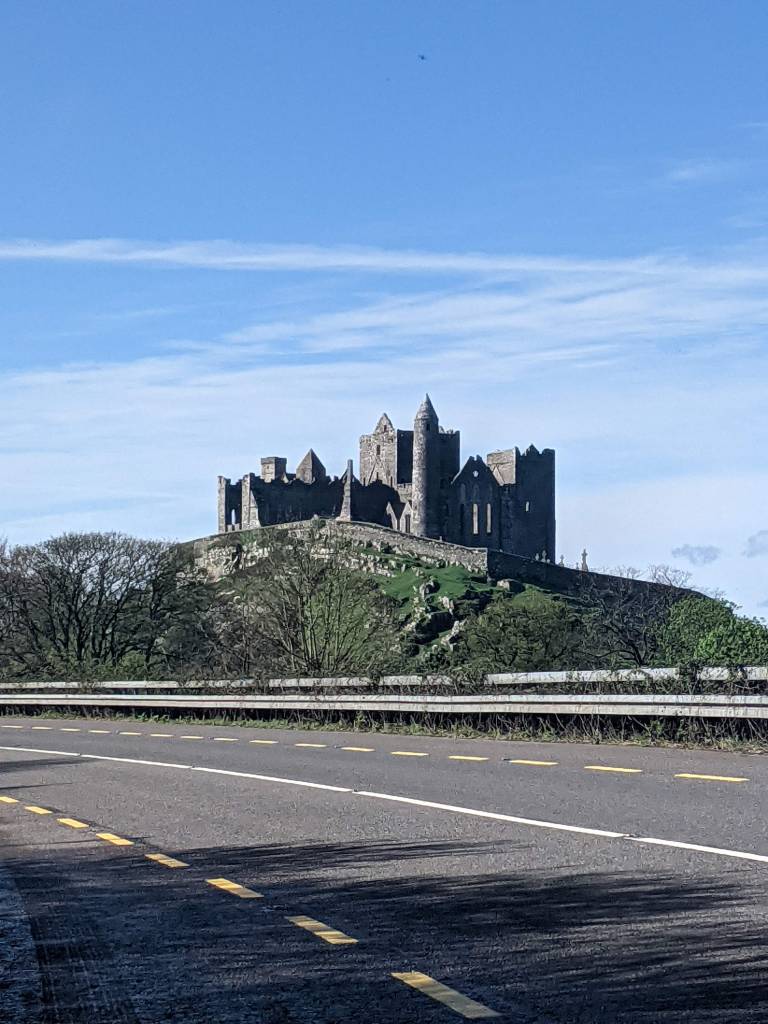 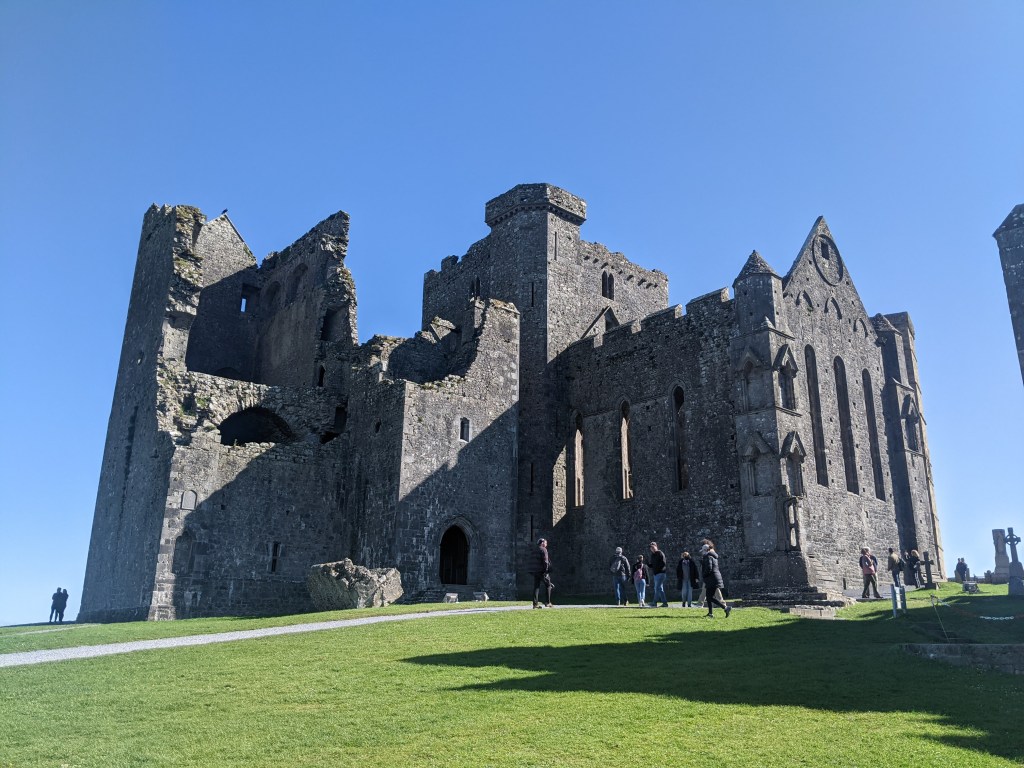 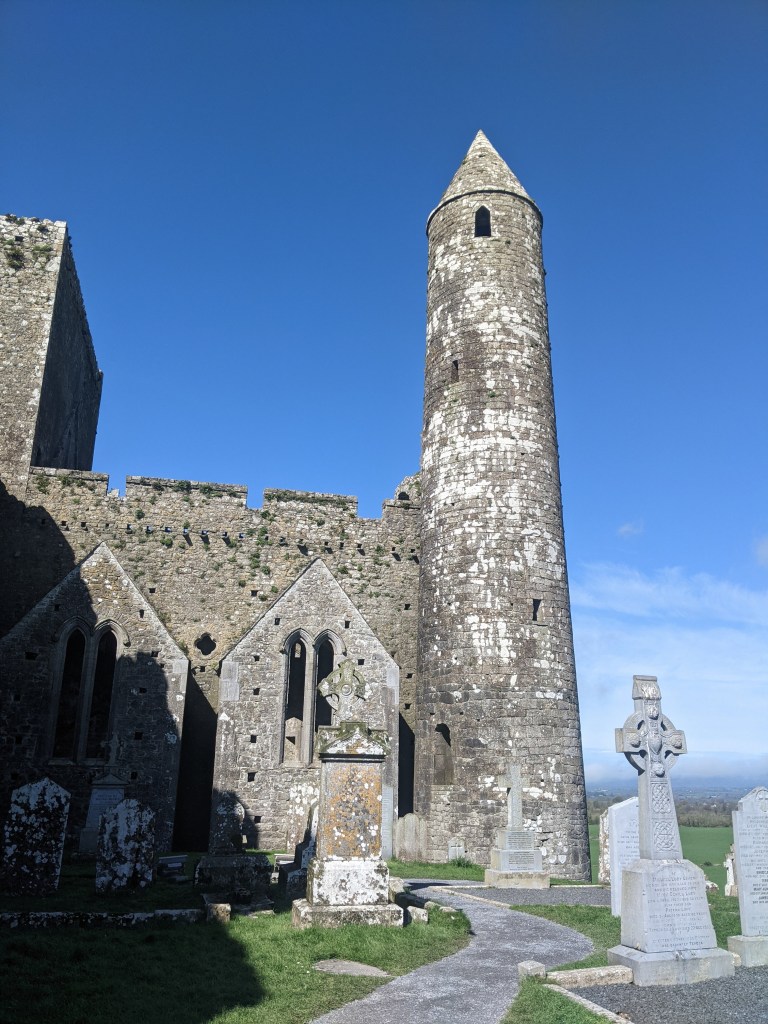 On Wednesday, we took a day trip through Paddywagon Tours. Our first stop was the Rock of Cashel in County Cork, which I decided is my favorite castle that I’ve seen this entire study abroad experience—Scotland and Wales included. I much prefer ruins over castles that are still functioning buildings, and this ruin was in such great condition compared to some of the other castles I’ve seen, like Dunnottar. (I realize that sentence was kind of oxymoronic but hopefully you get the gist.) The halls inside of Rock of Cashel were still so tall and magnificent! 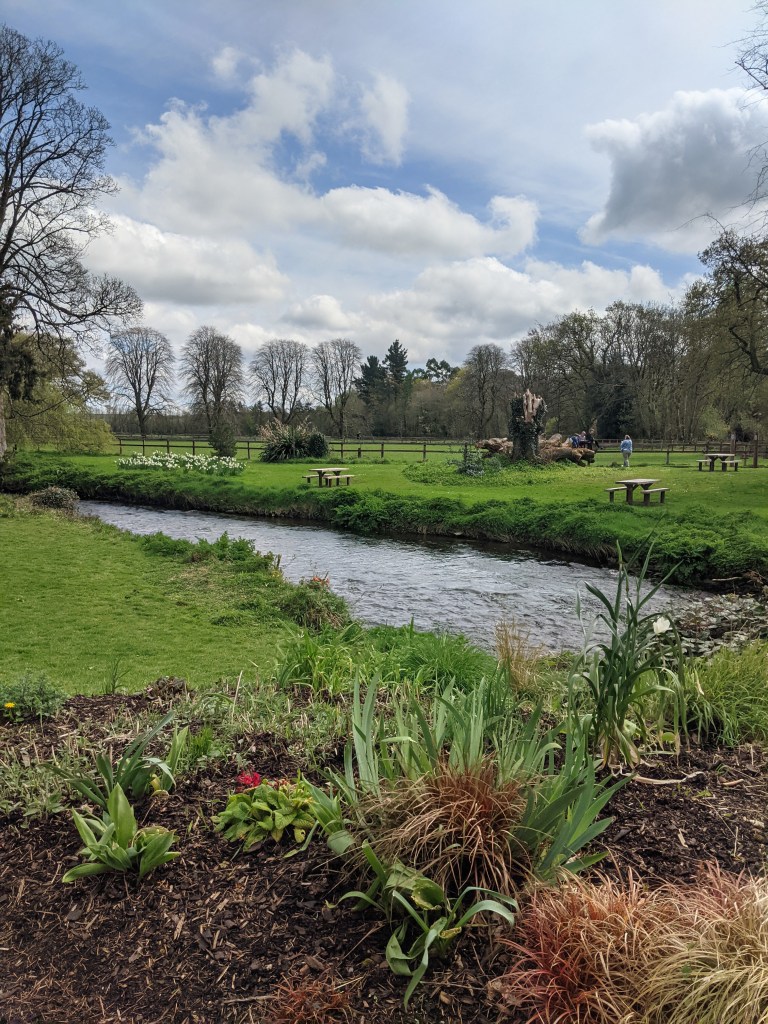 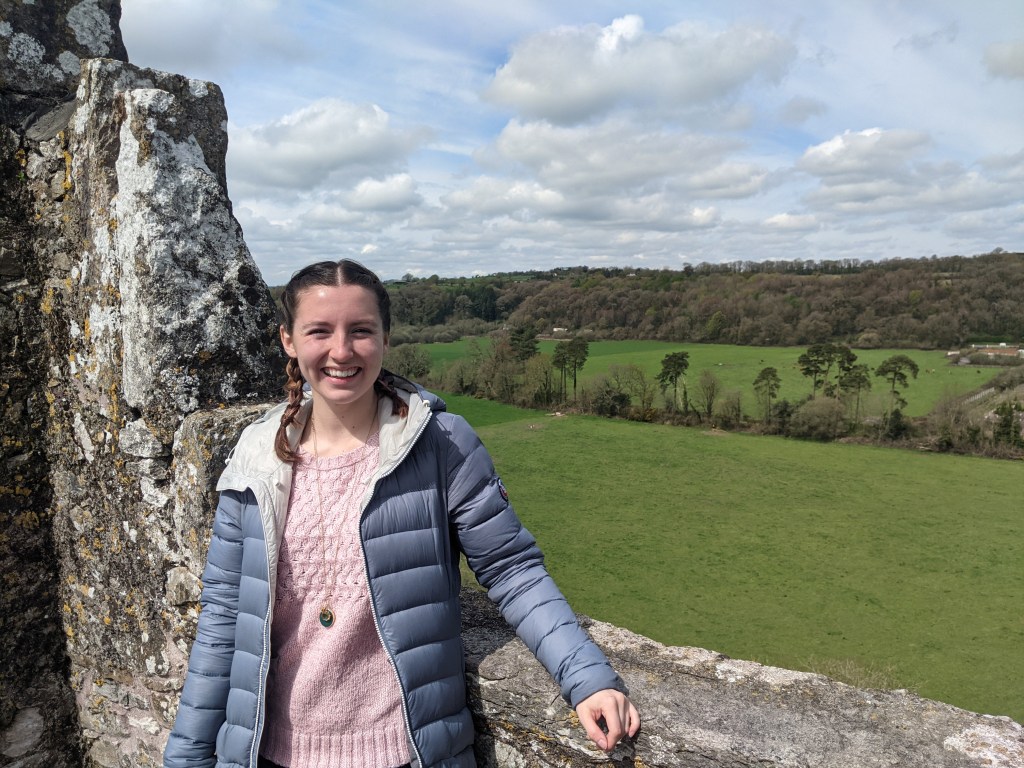 Our next stop on the tour was Blarney Castle, the whole reason I wanted to go on this trip. I had actually been to Ireland once before in August 2006, on a huge family vacation with all my aunts, uncles, and cousins to celebrate my grandparents’ 50th wedding anniversary. It was an incredible vacation, and I wish I could remember more of it. You can spot little six-year-old me in the photo below! 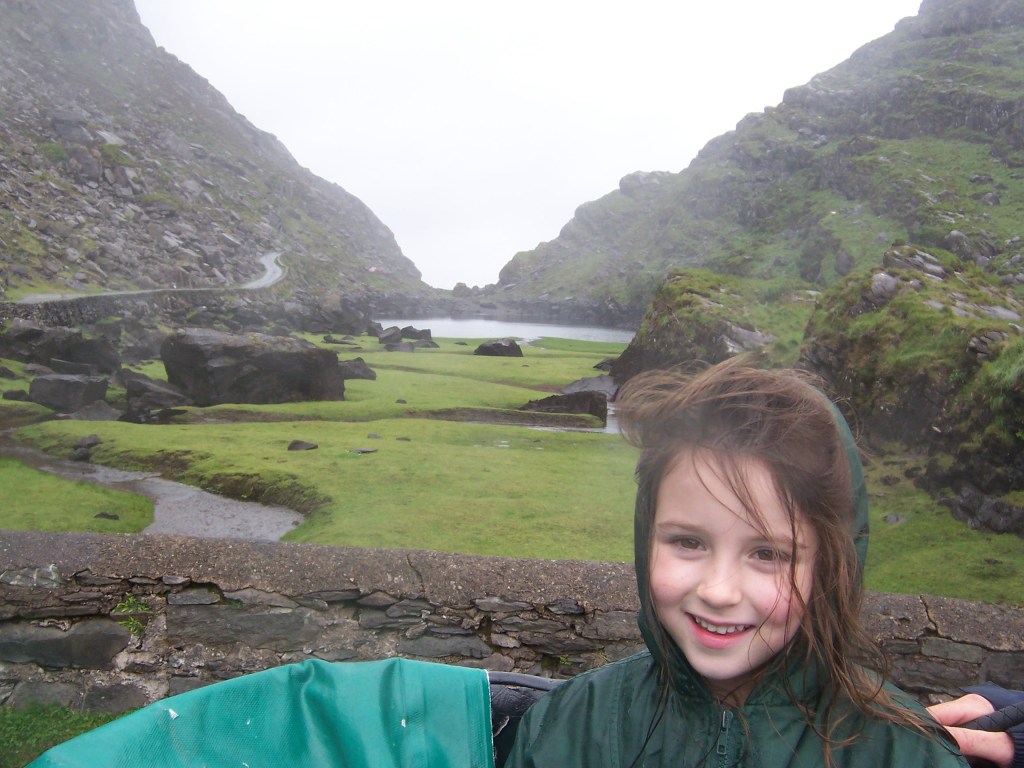 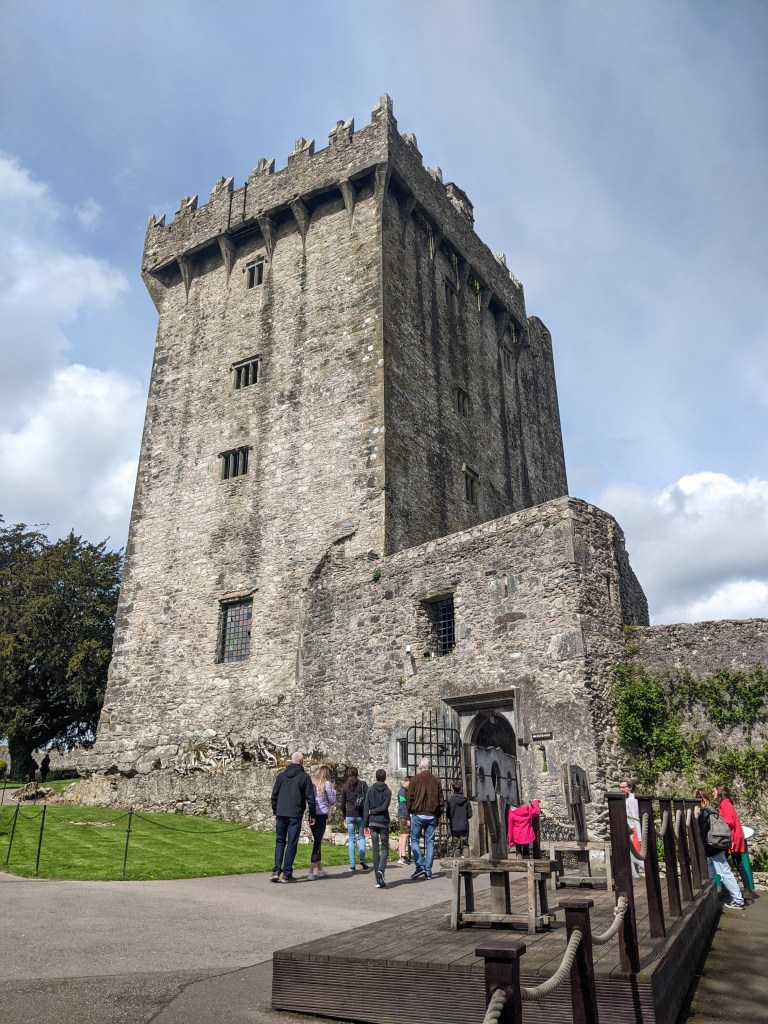 One of our destinations on that trip was Blarney Castle, home to the famous Blarney Stone—a rock on the side of the fortress that pilgrims have been kissing since the 1400s to receive the ‘gift of gab’. When we visited in 2006, I watched all my family members, one by one, bend over backwards off the side of the castle to kiss the famed stone. (In the picture above, the stone is located right above the tallest window on the sunny side of the castle.) Even my 74-year-old grandpa, who had previously broken his back in a plane accident, bent over backwards to kiss it. But no… little six-year-old me took one look off the side of the castle, saw the two safety bars down below, and decided I would not be kissing the Blarney Stone. I chose to succumb to fear… and as dramatic as it sounds, that decision has haunted me ever since.

I actually wrote an entire blog post about this topic several years ago, which now, reading it again, I realize is extremely cringey (it makes me really consider what I have posted on the internet and whether I should go back to delete all the embarrassing stuff… but I digress). At some point after 2006, my experience at the Blarney Stone came to represent a lack of courage, something that I never wanted to feel again if I could help it. For years, whenever I was afraid to do something, I would think to myself, “I can’t let this be another Blarney Stone!” It really became a guiding symbol in my life to be fearless.

When I finally made it to Scotland for study abroad, I knew I had to hop over to Ireland at some point to finally kiss the stone. 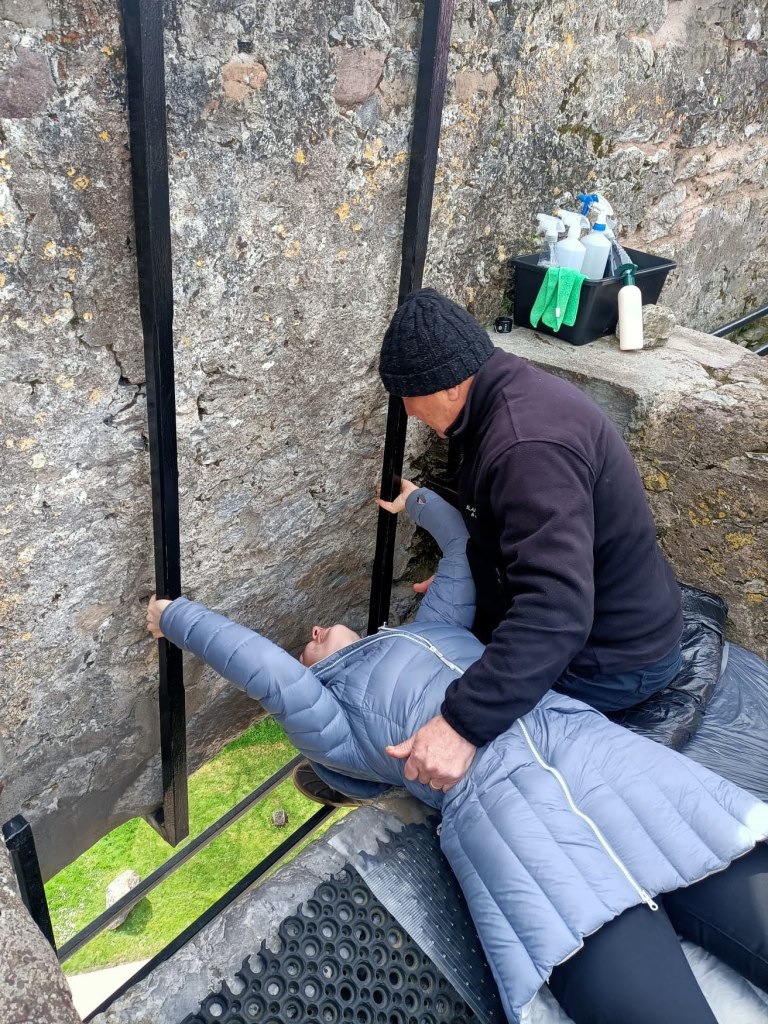 And here I am, bending over backwards to smooch it, a moment 16 years in the making! I know it’s cheesy, but it was an emotional experience for me to finally overcome that regret I’ve felt for so many years. The Blarney Stone will always serve as a reminder to me to live a life of courage instead of one of fear. While I wasn’t scared at all to bend over backwards this time, I do have to admit that after kissing the stone, I felt a little justified in my six-year-old self’s decision! The man really pushes you off the side of the castle, and I overheard several adults around me saying they were too intimidated by the height to do it. It’s really hard to believe that after so much time, I finally kissed that 576-year-old stone! 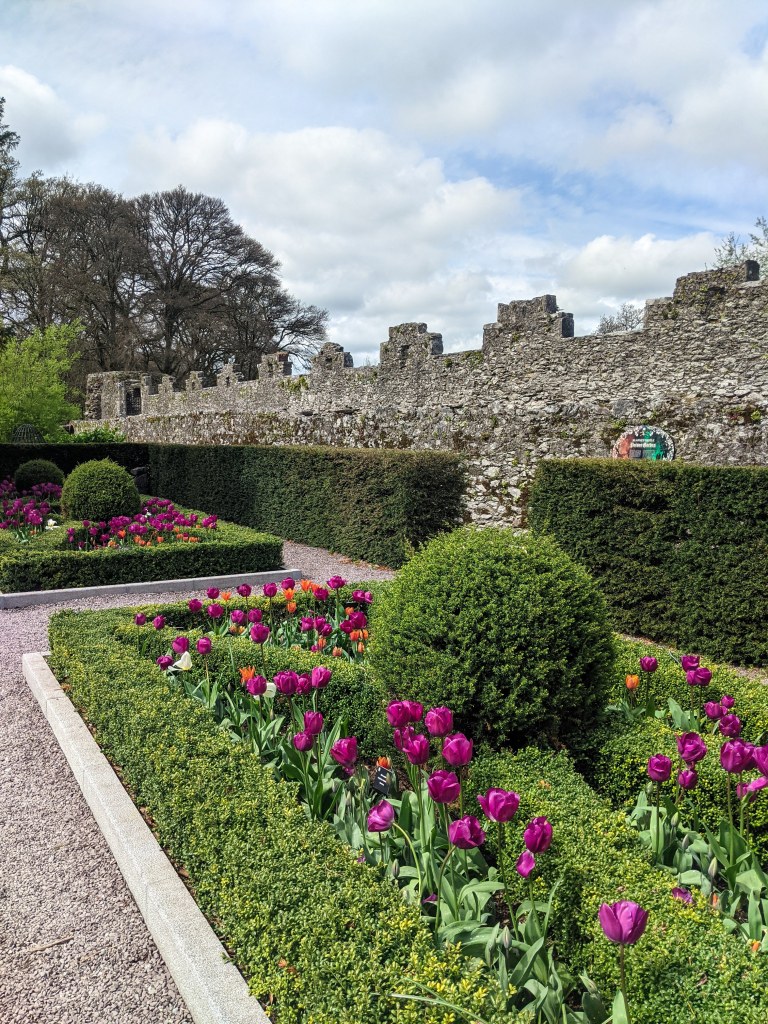 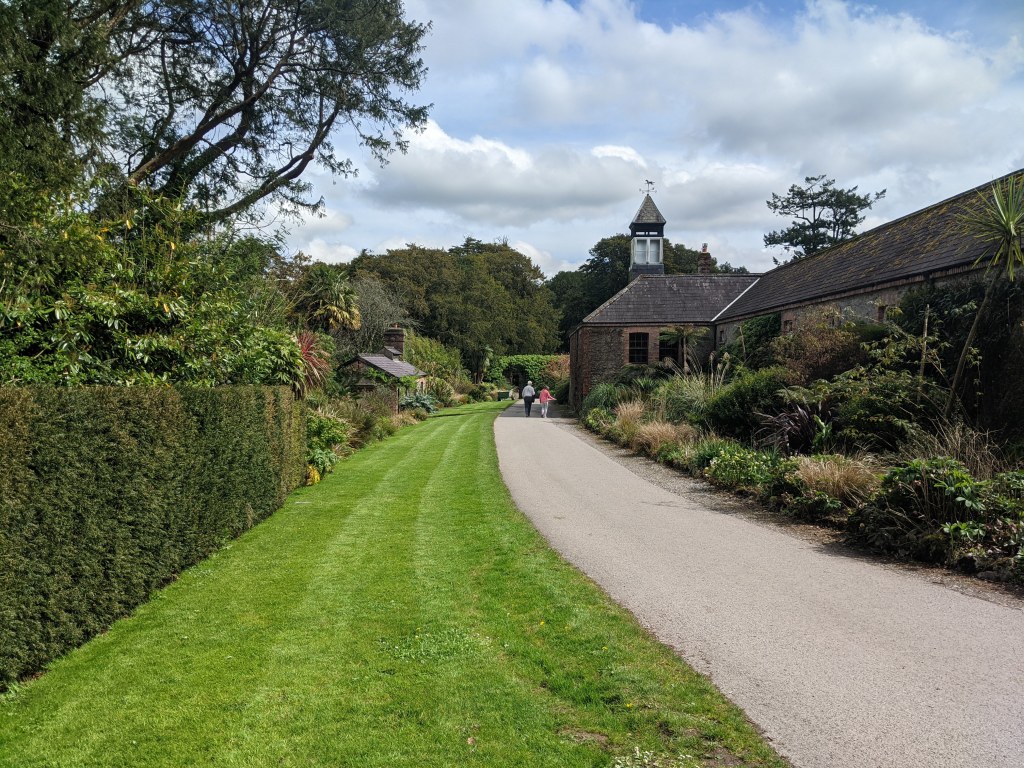 While the Paddywagon Tour was good enough, it definitely was not the best tour company experience I’ve had while abroad. My primary complaint was that we had so little time at Blarney Castle, which was advertised as the main destination of the tour. I think we only had an hour and 45 minutes—maybe two hours—to explore. However, the grounds have beautiful gardens, souvenir shops, the castle (of course), and so much else to see. We spent most of our time climbing the steps and waiting in line to kiss the stone, which obviously was my main goal, but I would have loved to see more of the grounds. I chose to visit through a tour company because Blarney Castle is difficult to get to from Dublin without a car, but if you end up visiting, I highly recommend finding a way to spend a day there instead of just a few hours. 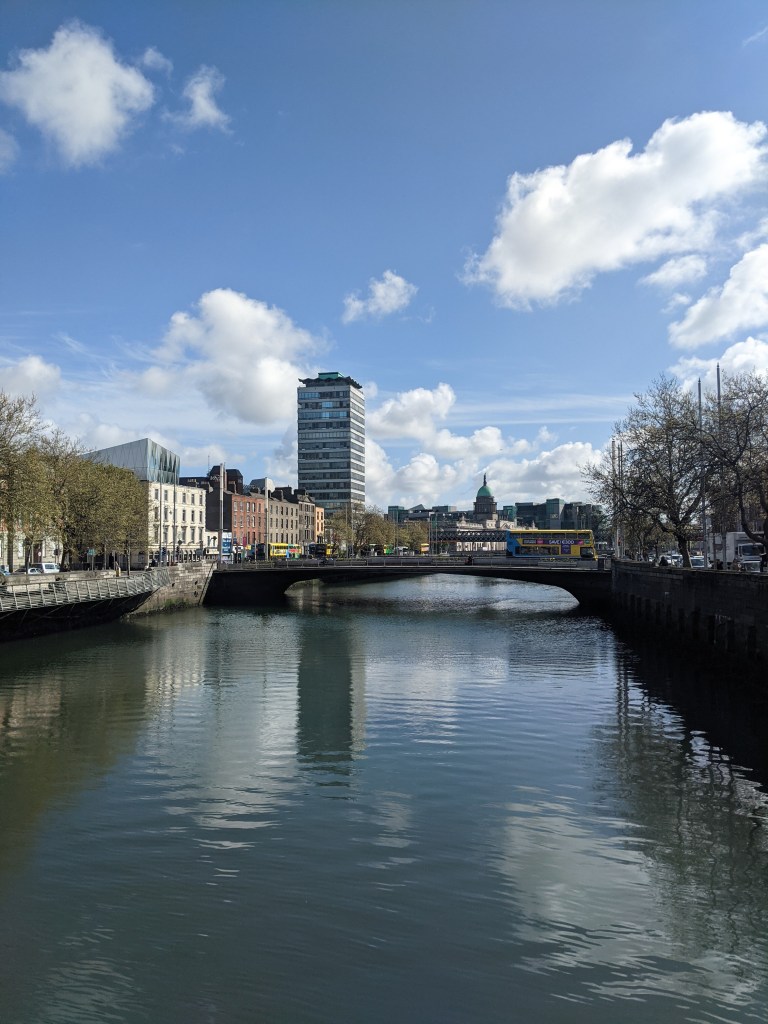 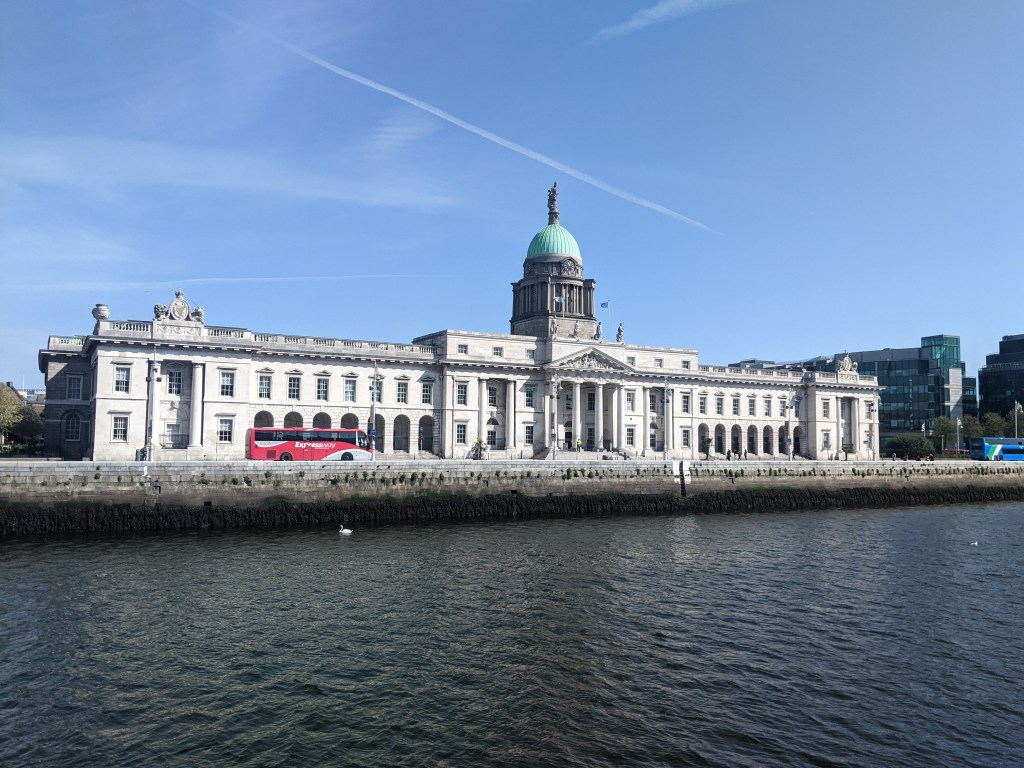 On our last day in Dublin, we visited the National Museum of Ireland to see the bog bodies, relaxed in the park next to St. Patrick’s Cathedral, and wandered past the Dublin Castle. We were exhausted after our sleepless nights in the hostel, so we just spent the day leisurely exploring the city. We grabbed linner at the oldest pub in Dublin, the Brazen Head, which was established in 1198. While it’s fun to say we ate there, it did, in all honesty, feel just like any other pub. But thankfully the prices weren’t gouged due to it being a tourist attraction! 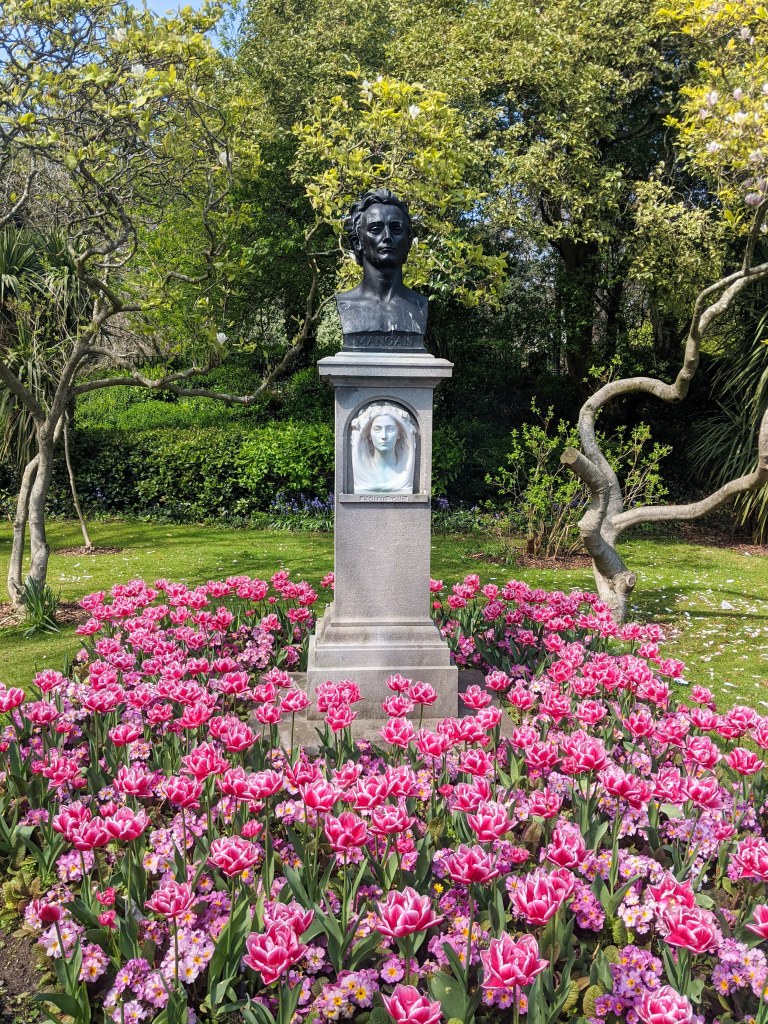 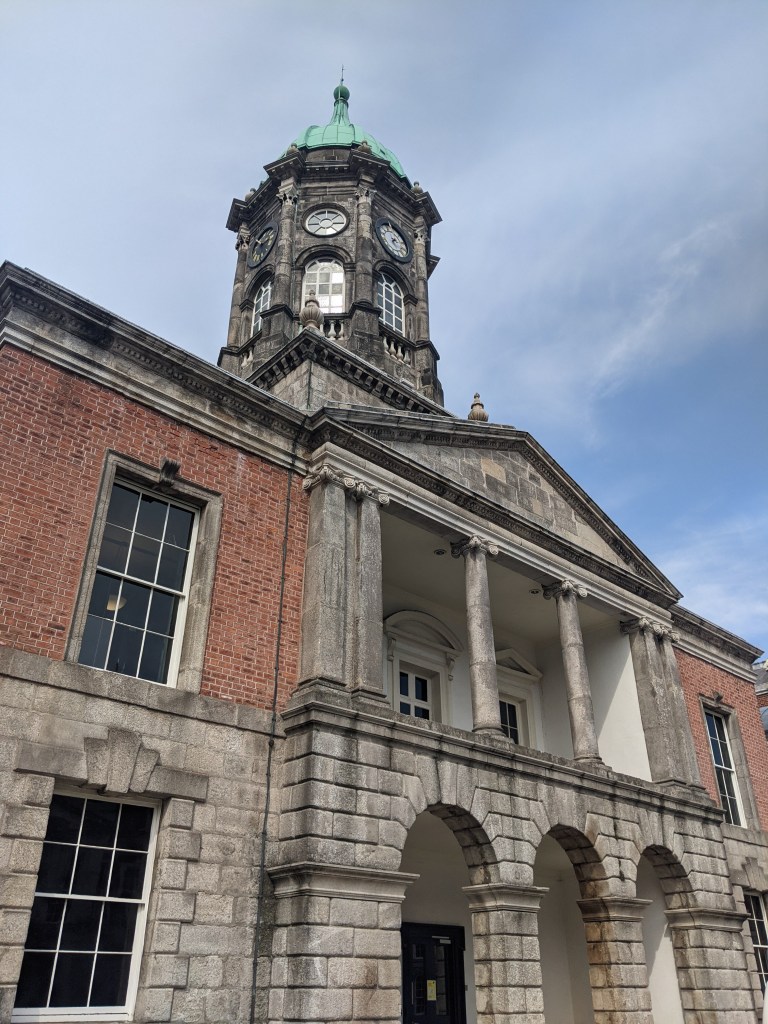 All in all, we had a great time on our little Irish vacation. We really only spent two days in Dublin proper and didn’t do that many things, but of course, I was really just there for the Blarney Stone anyway—everything else we saw was gravy.

Have you been to Dublin, and if so, what was your favorite part? Thanks for reading, and I hope you enjoyed today’s post!

6 comments on “A Quick Trip to Dublin and County Cork”