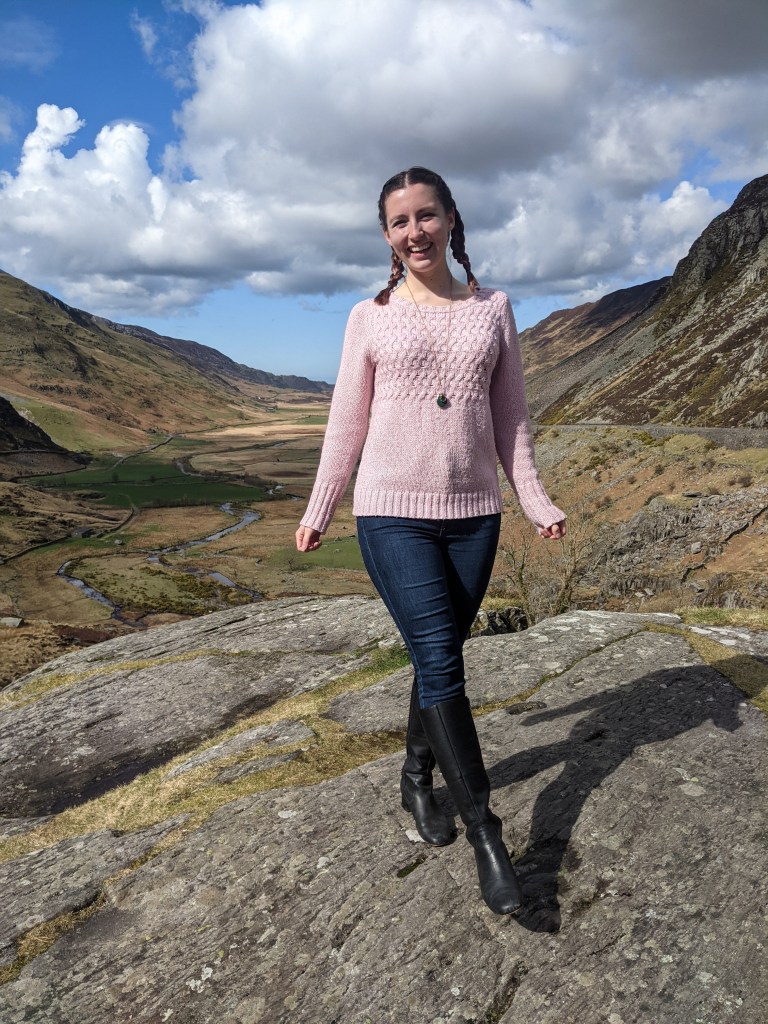 At this point, my weekly recaps are just a travel journal as opposed to a log of my outfits… I’m at the point where I no longer have clean clothes shoved into my tiny backpack, so my outfits have been entirely composed of mildly smelly shirts and jeans, with absolutely no style or thought required. But the traveling certainly makes up for the lack of fashion because this week was incredible! Monday feels like a month ago after squeezing so much into a few days.

Today was right up there for one of the best days I’ve had while abroad. We started the day in Inverness and took a private tour to a couple of landmarks surrounding the town, including the Clava Cairns (a 4,000 year old stone burial ground that inspired the series “Outlander”), the battlefield of Culloden (the last battle fought on British soil, where the Scottish lost to the English in 1745), and of course, Loch Ness. Here is a pic of me looking for Nessie! Our tour guide was fantastic, and it was such an amazing way to learn about Scottish history and culture. (I might even do a whole blog post about the day trip if I ever get back to a regular blogging schedule.) Oh, and after alllll that, I had a job interview in the evening. A lot of my friends keep asking about my summer plans, but the only plans I have are a hot date with LinkedIn to do some job hunting.

Today was mostly a travel day, as we took a three and a half hour train ride from Inverness to Edinburgh. We grabbed dinner out and then went on a free walking ghost tour around town! Our good luck with the weather finally ran out, so it was pouring rain during the full hour and a half tour… but I do think the rain added to the spookiness. This was now the third time I’d been to Scotland’s capital, yet it was still exciting to learn about how some of the places I’ve already visited are supposedly haunted or were the sites of murders in the past. The tour finished in Greyfriars Kirkyard, which is apparently one of the most haunted cemeteries in Europe (and the location of Tom Riddel’s grave, the tombstone that inspired JK Rowling’s name for Voldemort). 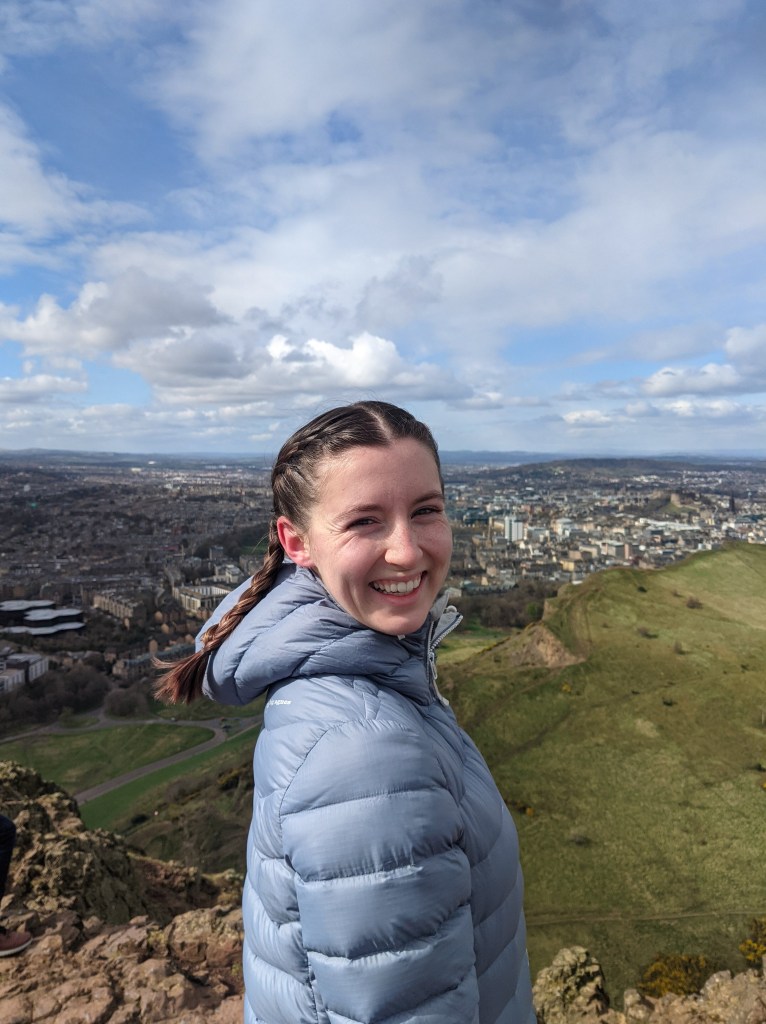 We spent this morning hiking Arthur’s Seat, a hill at the end of a major street in Edinburgh called the Royal Mile. The view of the city and the Firth of Forth (as seen above) was so beautiful! I wasn’t expecting to enjoy the hike so much. Afterwards, I showed my parents some of the highlights of Edinburgh that I’ve already seen—St. Giles’ Cathedral, Victoria Street, the Greyfriar’s Bobby statue, and Tom Riddel’s grave—and then the three of us toured the Edinburgh Castle, which I had not done yet. We spent the evening in our hotel room watching The Da Vinci Code, since Rosslyn Chapel (featured at the end of the movie) is just a short drive outside of Edinburgh. 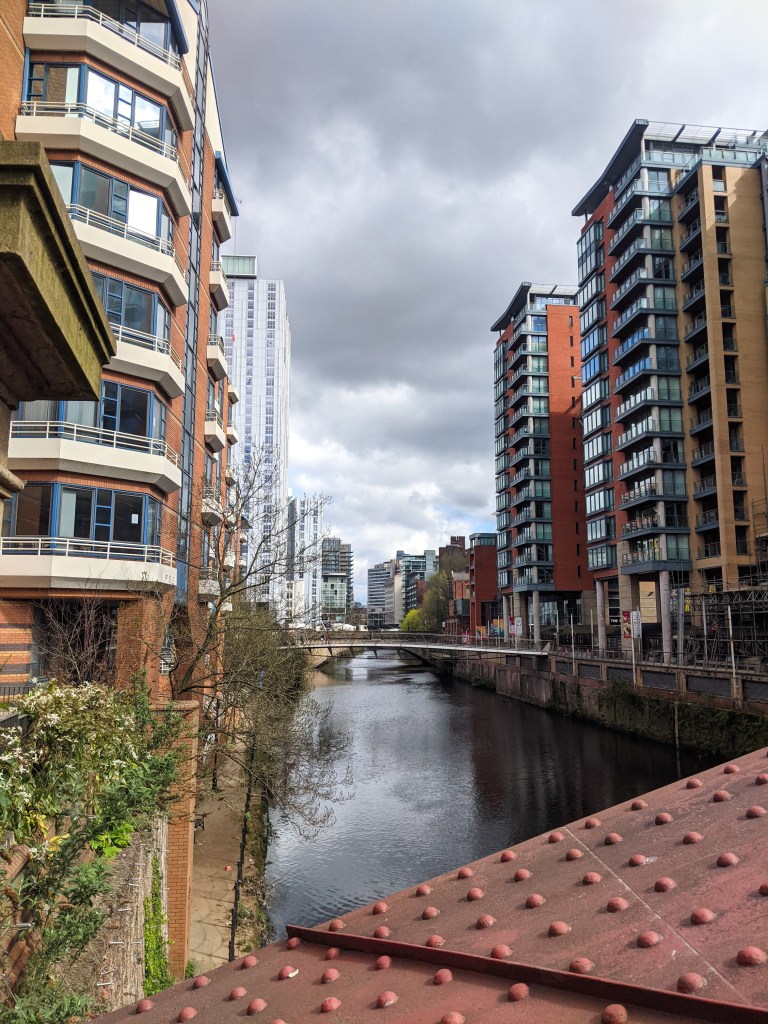 Today was mostly another travel day, as we took a two and a half hour train ride from Edinburgh to Manchester, England. Once there, we grabbed lunch and spent the afternoon riding two of the three free bus lines around downtown. It was a nice way to get a feel for the city without having to walk a ton (especially since it was so cold outside). I spent the evening writing an essay for my Scottish Culture class because I had completely forgotten it was due on April 1… Usually at home I am so on top of things and very “with it”, but ever since I started my study abroad, it’s like I’ve had permanent brain fog. It’s honestly a miracle I haven’t actually missed any deadlines yet. (Although now that I think about it, that essay was my last deadline of undergrad! All that I have left are a few final exams.) 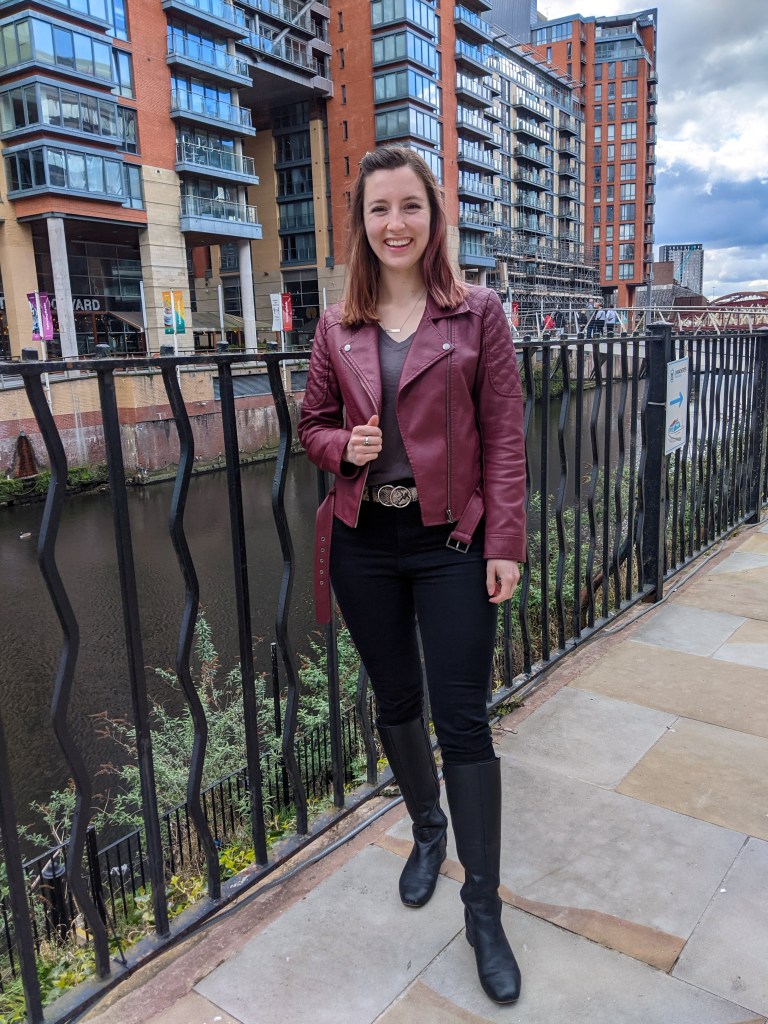 We celebrated my mom’s birthday today by making brunch in our hotel room and sipping on mimosas. In the afternoon, we wandered through the Rylands Library and took a river cruise through Manchester. We toyed with the idea of seeing a show tonight but ultimately decided to stay in with some takeout and Netflix instead. 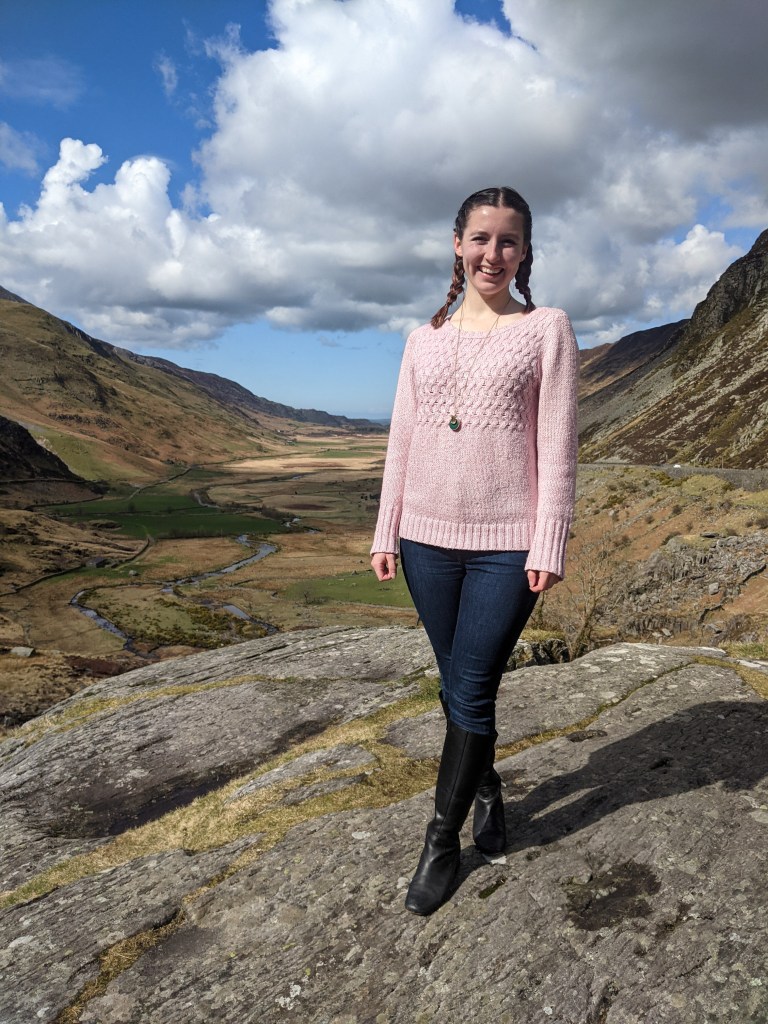 We went on a tour to North Wales today! We stopped at a handful of little towns, including one that had a castle, but the highlight was by far our stops in Snowdonia National Park. It was easily one of the most beautiful places I have ever been, with a mixture of green pastures, blue skies, and snowcapped mountains. It was also lambing season, so we saw a ton of adorable little lambs throughout the day! In the afternoon, we walked across the Pontcysyllte Aqueduct, built 125 feet above ground. Our tour guide told us that people used to call it the River in the Sky because on foggy mornings, the boats crossing the aqueduct looked like they were floating. It was a long day but so worth it! I wasn’t sure if I’d be able to make it to Wales during my study abroad, so I’m excited to have squeezed it in. 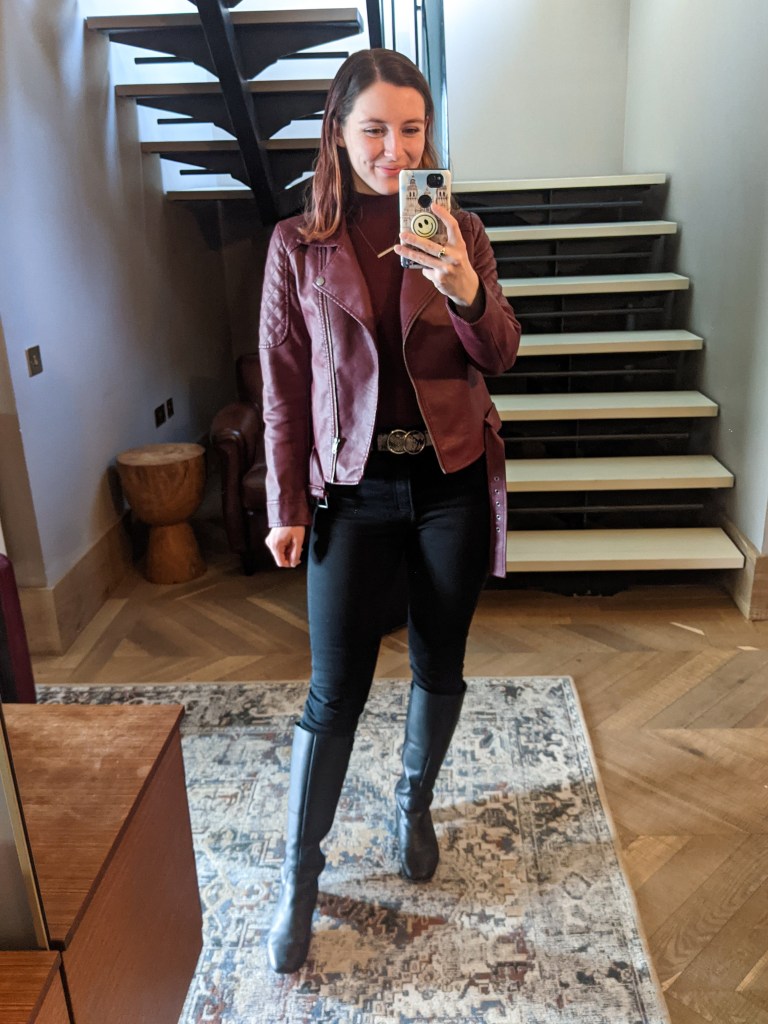 Today was another travel day and one of the least smooth ones we’ve had so far… We took the train from Manchester back to London (which has kind of been our base of operation) and then took an annoyingly long and difficult combination of subways and buses to finally get to our hotel, where we just chilled out the rest of the night.

I hope you all had a great week, and thanks for stopping by the blog today! I am so tired and ready to crash as soon as I hit the pink ‘publish’ button on this blog post.