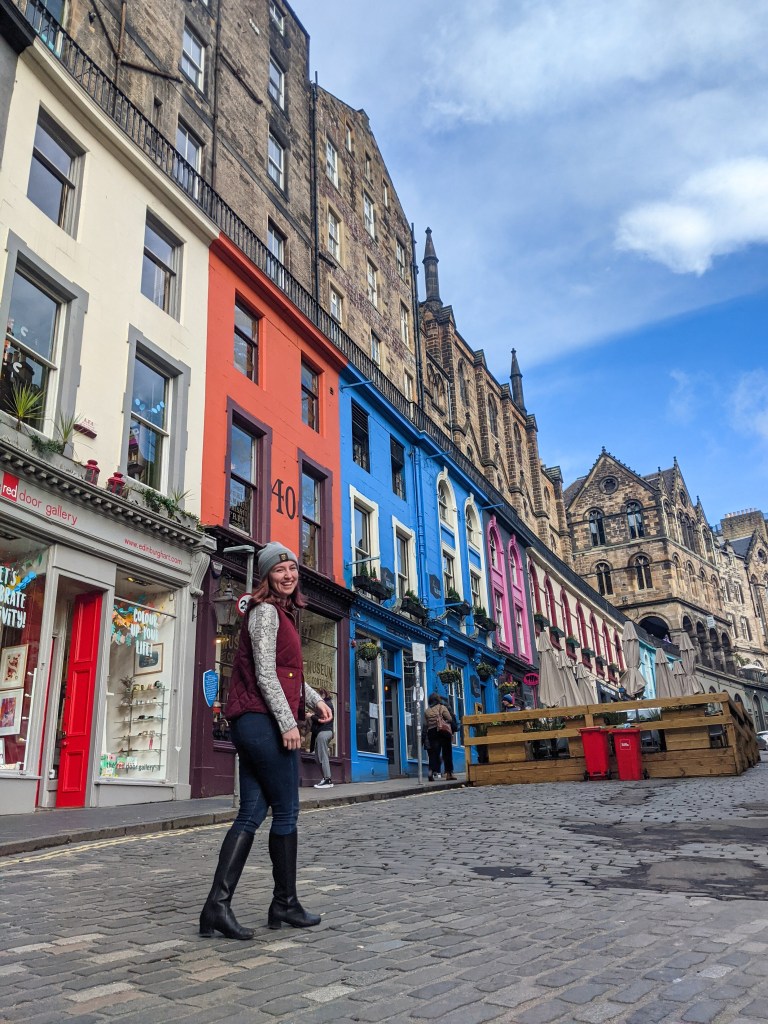 In the month and a half that I’ve been abroad, I’m excited to say that I have met so many interesting people from all over the world… and that first get-to-know-you conversation usually entails some combination of the same basic questions, whether the person is Glaswegian or from a distant European country. Today, I wanted to share those top five questions I’ve been asked, as well as my answers! I’ve been surprised to learn there are a few unique questions/topics about the United States that seem particularly interesting to non-Americans… 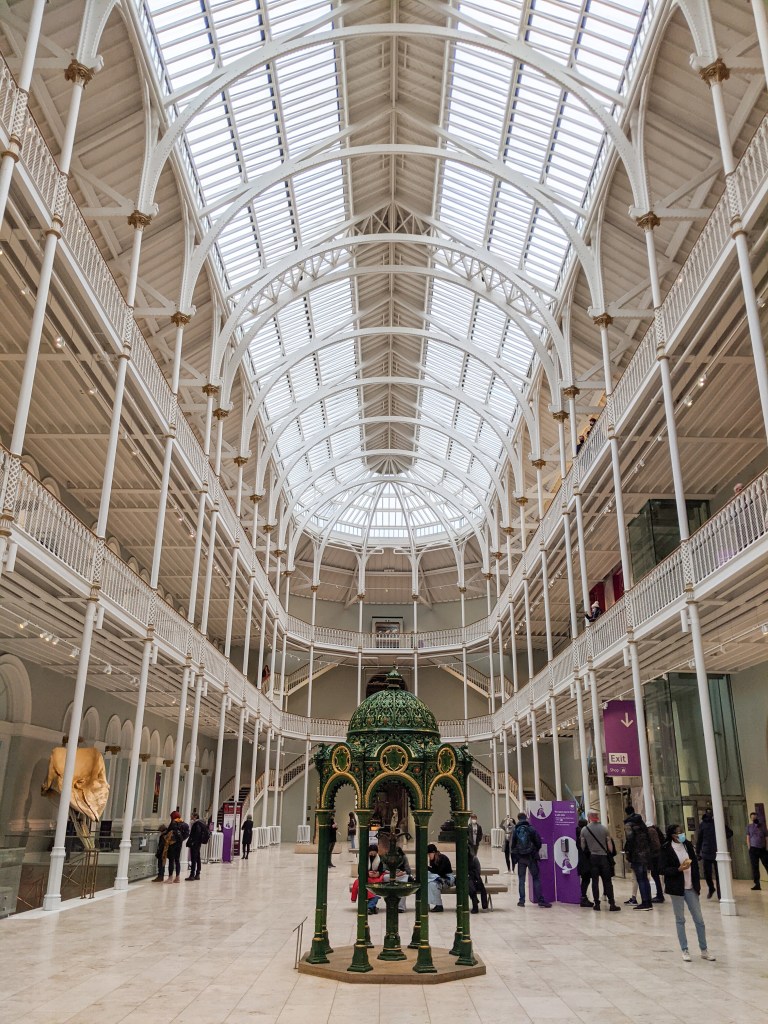 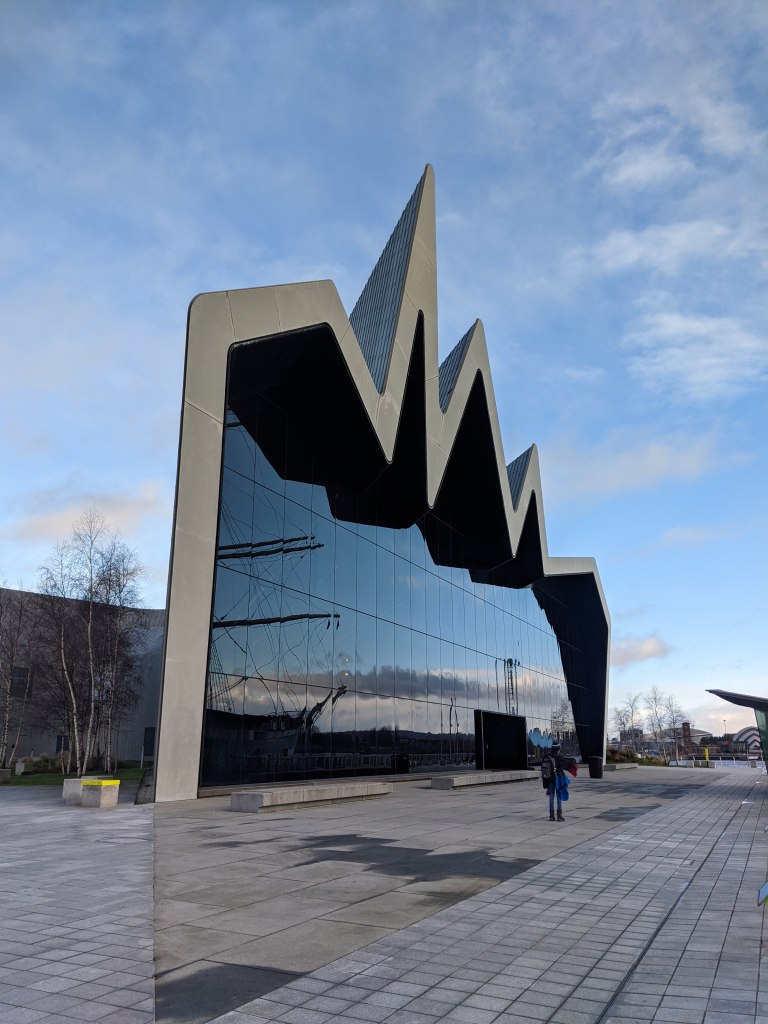 “Why did you pick Glasgow?”

By far, the most-asked question I’ve gotten is why I chose to study abroad in Scotland. When locals ask me this, they often say it with an incredulous tone: “Why would you come to Scotland, where it rains all the time? You could have gone somewhere warm like Italy!” They are usually particularly shocked when I tell them that Italy was actually my second choice for study abroad. Yep, my second choice. The locals often assume Scotland was a last resort!

When I first started researching study abroad programs in the fall of 2019, I really liked University of Glasgow for the academics, especially the unique classes they offer only to study abroad students. Those classes include bagpiping, graphic design, stained glass, Scottish history and culture, an anatomy cadaver lab, and a few others. I decided against bagpiping because I am so musically untalented, but I’m really excited to have gotten into the stained glass class. I’m also in the Scottish history one! I just thought those classes were really cool and different than anything I could take at home through the University of Denver.

The other reason I wanted to come to Scotland was simply because it seemed really beautiful. It’s funny because I can’t really remember now (2+ years later) what specific things made me drawn to Scotland over other programs. But once study abroad was cancelled the first time and then continuously postponed, Glasgow seemed more and more idealized in my head—the longer I had to wait to come here, the more I wanted to go.

Plus, it didn’t hurt that they speak English here. I was a little nervous that coming to another English-speaking country wouldn’t be the cultural experience I was hoping to get through studying abroad, but I’m happy to have discovered there are still significant differences between here and the U.S.—Scotland has a lot of amazing culture and special traditions of its own. Italy would have been cool too, but now that we still have Covid to deal with on top of all the other stresses of being in a foreign country, I’m really glad I came to a place that speaks English. 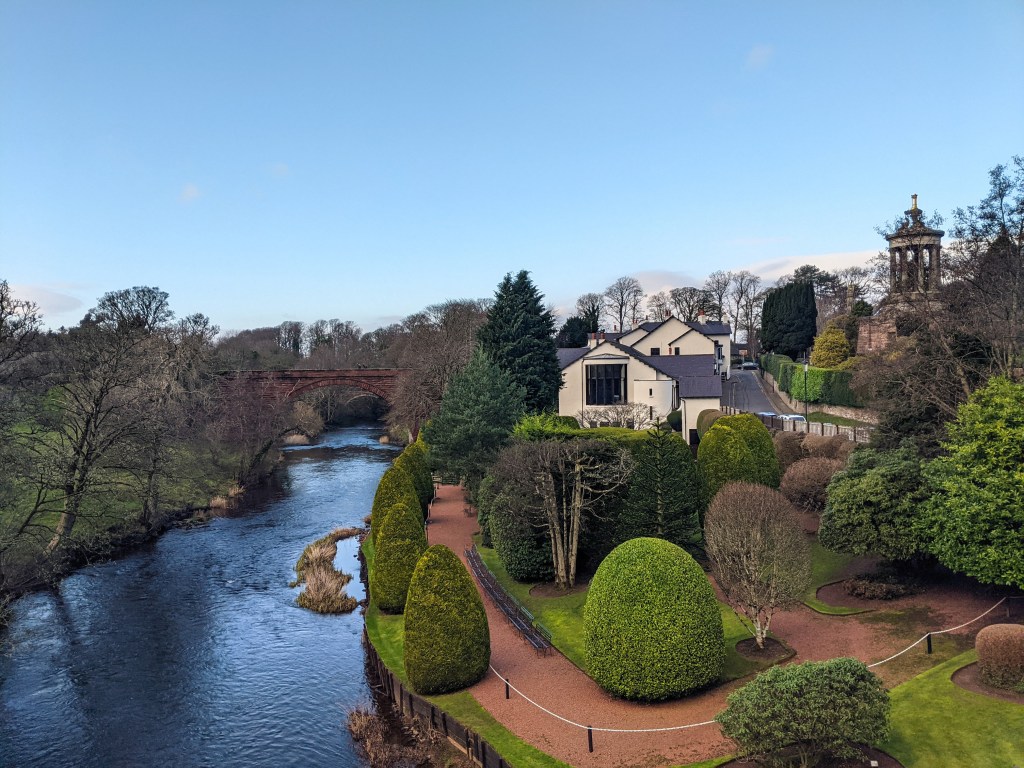 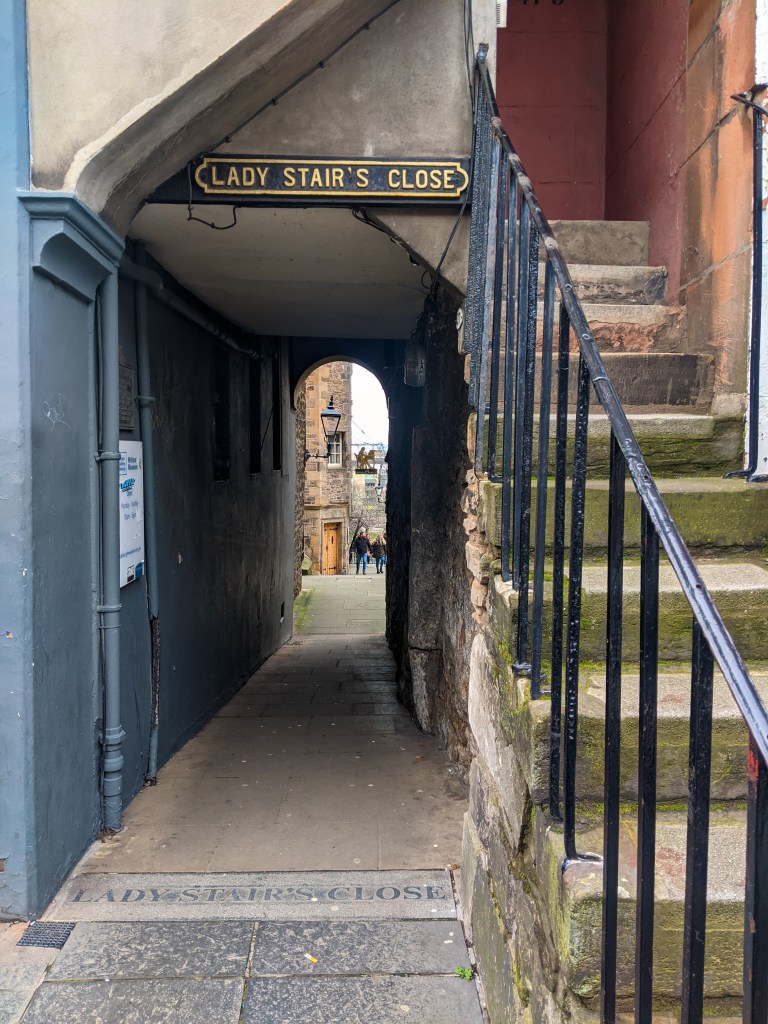 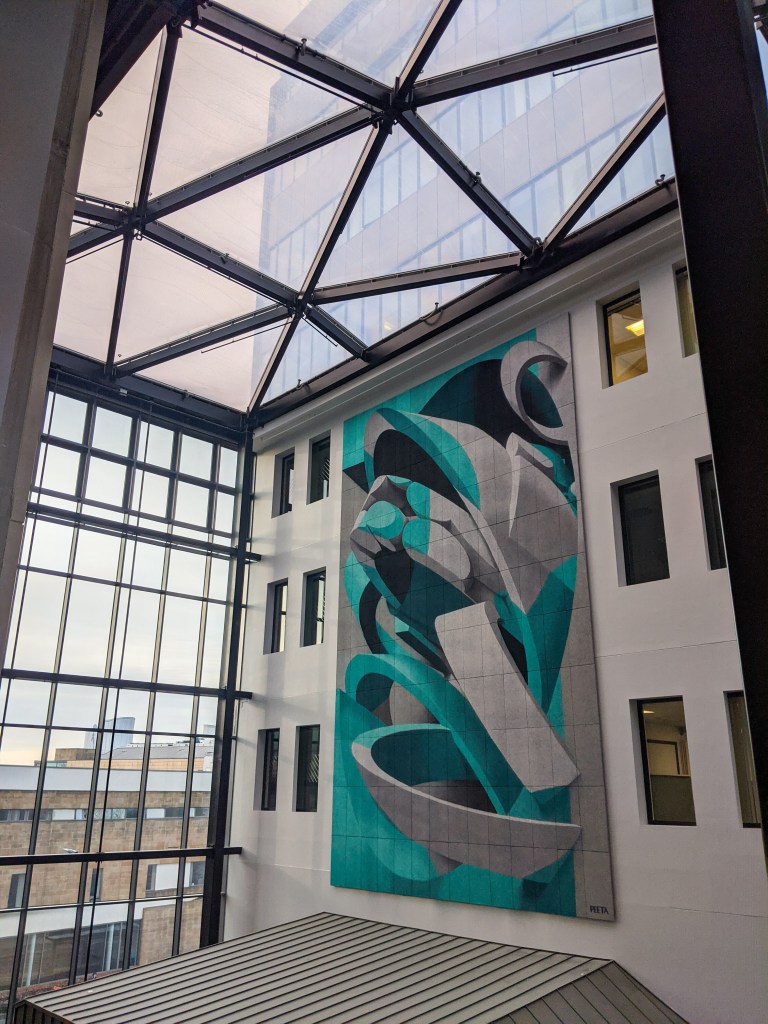 “How do you find the accent?”

I didn’t know this when I first arrived in Scotland, but I have since learned that Glaswegians (locals from Glasgow, in case it wasn’t obvious) have a unique, particularly thick Scottish accent that is sometimes very difficult to understand. There are even instances where other Scottish people can’t understand it. And I can’t imagine what it’s like for some of my European friends whose first language isn’t even English… I’ve only ever spoken English and I still struggle to understand certain Glaswegians! The first few days I was here, I was shocked to feel extremely stressed whenever I had to interact with other people because it honestly sounded like they were speaking another language. This hilarious SNL skit with James McCavoy (who’s from Glasgow!) perfectly describes how I felt the first week and a half I was here. Most of the locals I’ve met admit that the thick accent is a sort of running joke among Glaswegians. Thankfully, I don’t really struggle with it anymore. 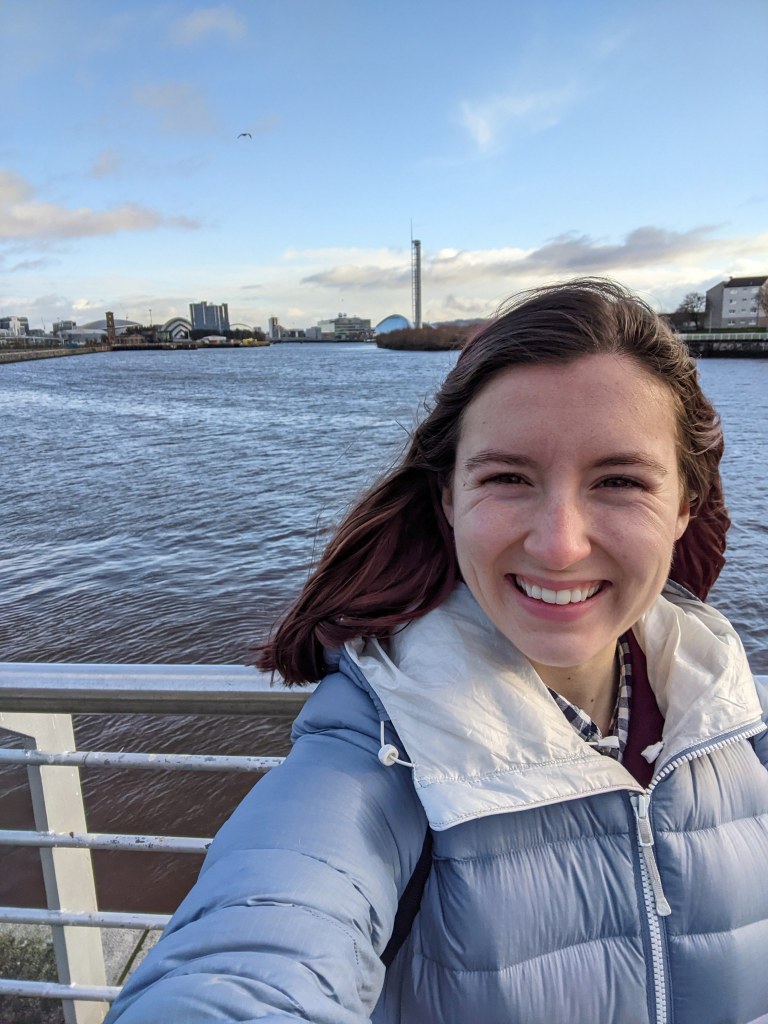 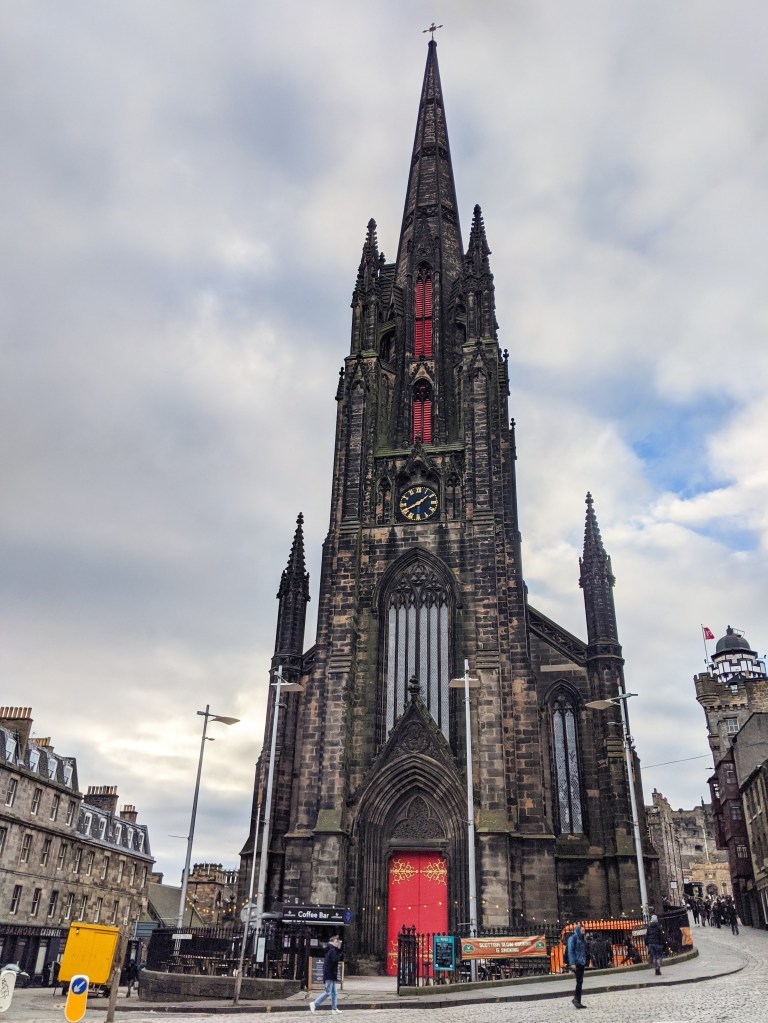 “What do you think of the weather?”

I think the weather is probably the biggest reason why locals are surprised that foreigners willingly come here to study. I grew up in the Seattle area, so rain is no stranger to me… But I have to admit that I have been pleasantly surprised by the weather here so far! Yes, it rains a ton, but unlike Seattle, it’ll rain really hard for part of the day and then clear up. And then rain again. And then clear. The weather is very sporadic, and you basically always have to be dressed/prepared for short-lasting spurts of rain. There have only been a few days that I’ve been here where it has poured nonstop.

It also hasn’t been as cold as I expected. For the most part, temperatures stay between 35 and 48 degrees Fahrenheit (although it did snow a little bit this morning). I’m looking forward to seeing how the weather changes as we enter spring. I will say that all the rain and cloudiness does make me appreciate the rare sunny days so much more! But, I can’t pretend… I do think I will be very excited to fly from Glasgow to Las Vegas at the end of this excursion in May. Warm weather and a pool day sound tempting. 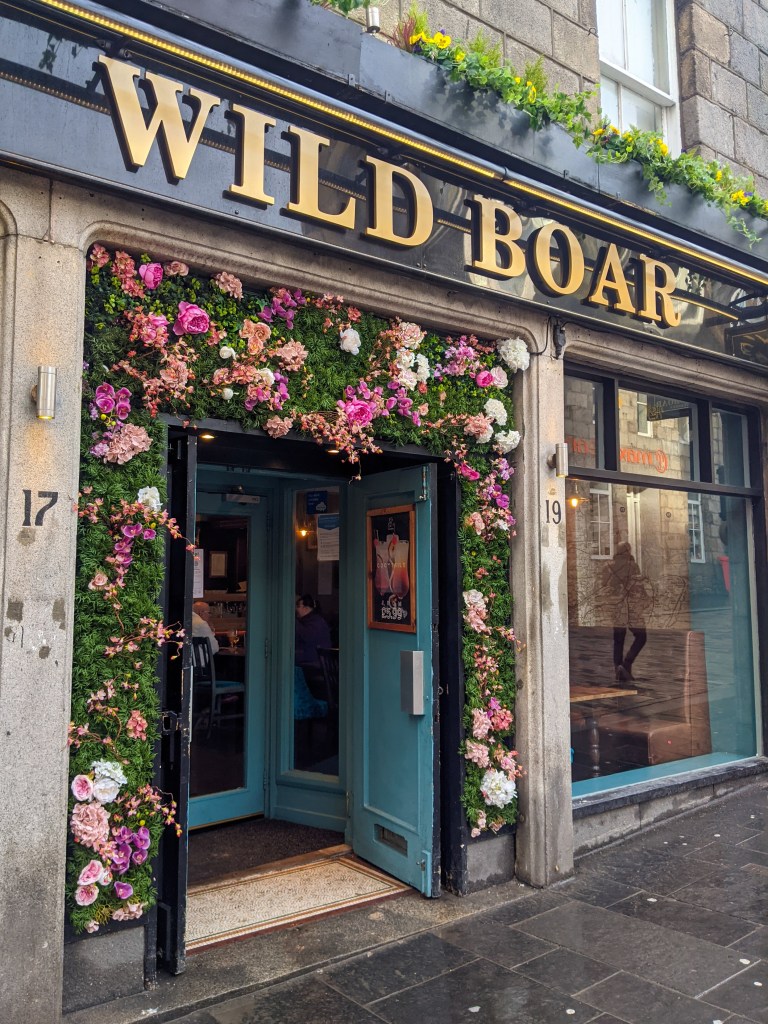 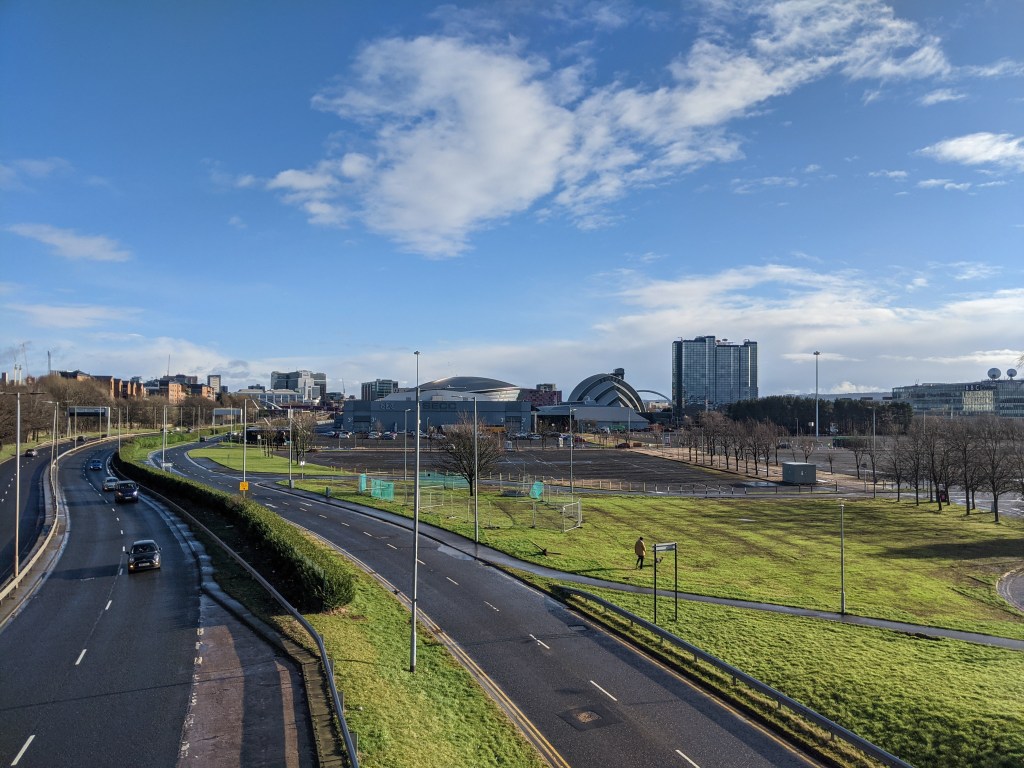 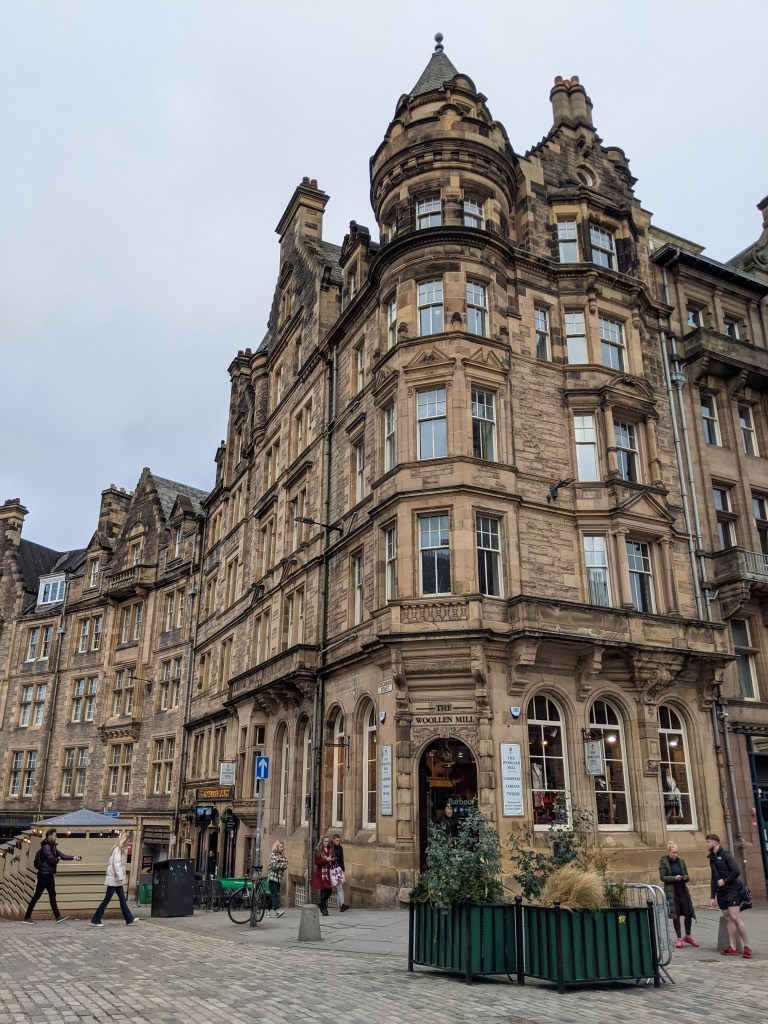 “What was it like when Trump was in office?”

This question cracks me up. A lot of the non-Americans I have met seem very interested in Trump, American politics, and the 2020 presidential election. They also have no reservations about asking political questions, which kind of caught me off guard when I first got here. People talk about politics like they talk about their favorite restaurants. And honestly, I love how nonchalant they are about it—people state their opinions and then listen to everyone else’s, without getting combative (although I did witness a bit of a tussle between someone who is for Scottish independence and an English person who is against it).

It’s really interesting to me that so many people from other countries are so invested in U.S. politics and American media. It makes me feel really self-absorbed when they know so much about how our system works and I know nothing of, say, the political structure in the Netherlands! I never really know how to answer this question about Trump, so I usually just tell people that it seemed like a very tense time for everyone, regardless of political affiliation—to me, people just generally seemed “on edge” and even more divisive than normal. I also mention the change in how social media was used during that time, particularly Instagram. 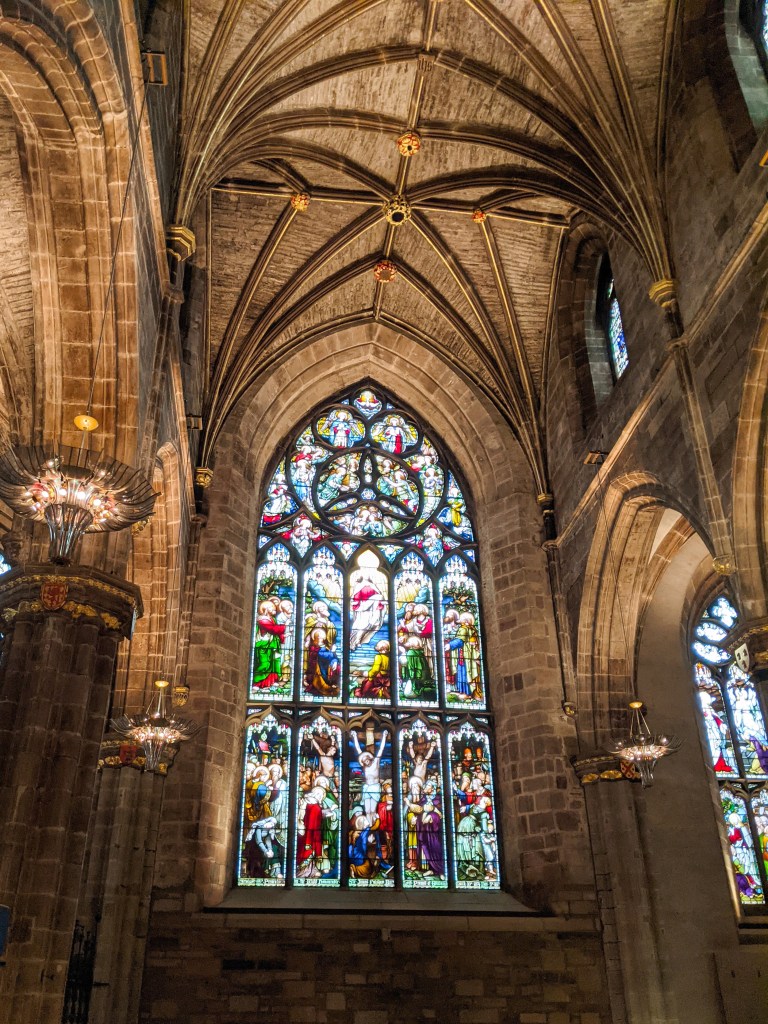 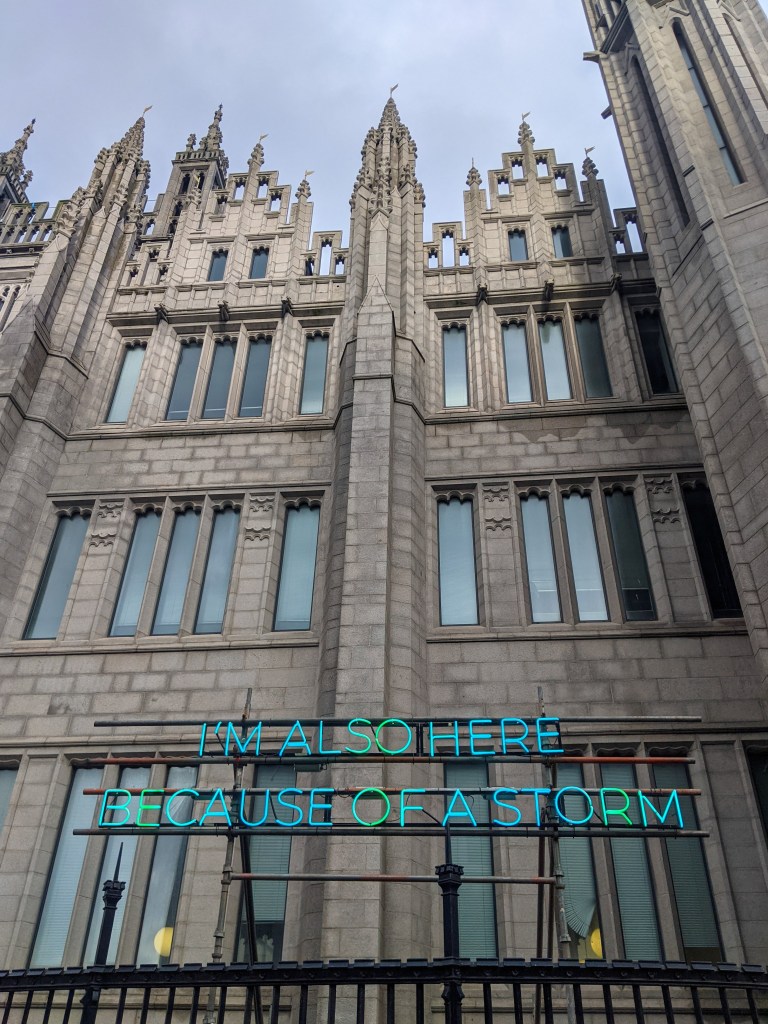 Another politically-charged question and a less common one, but I have still had a handful of discussions with people about what it’s like to have access to guns. A few people have been intrigued to hear I have fired a gun myself or they brag about experiences they have had with guns while on vacation in the States. However, for the most part, the non-Americans I have met just seem to find guns very foreign. Several of them have no qualms voicing their concerns about American gun control and how they think the situation should be handled. In Glasgow, there are sometimes these loud canon sounds (like a firework without the fizzle noises) and my Dutch friend was shocked when I told her I thought it was a gun the first time I heard it. Of course, I knew it couldn’t be a gun because I’ve been told that not even the police in Glasgow carry guns. I also learned that even some knives and mace are illegal here (which I’m glad to have been told because I was considering buying some mace when I first got here). It’s definitely very different than back home, where most college girls I know carry mace on their keychains! 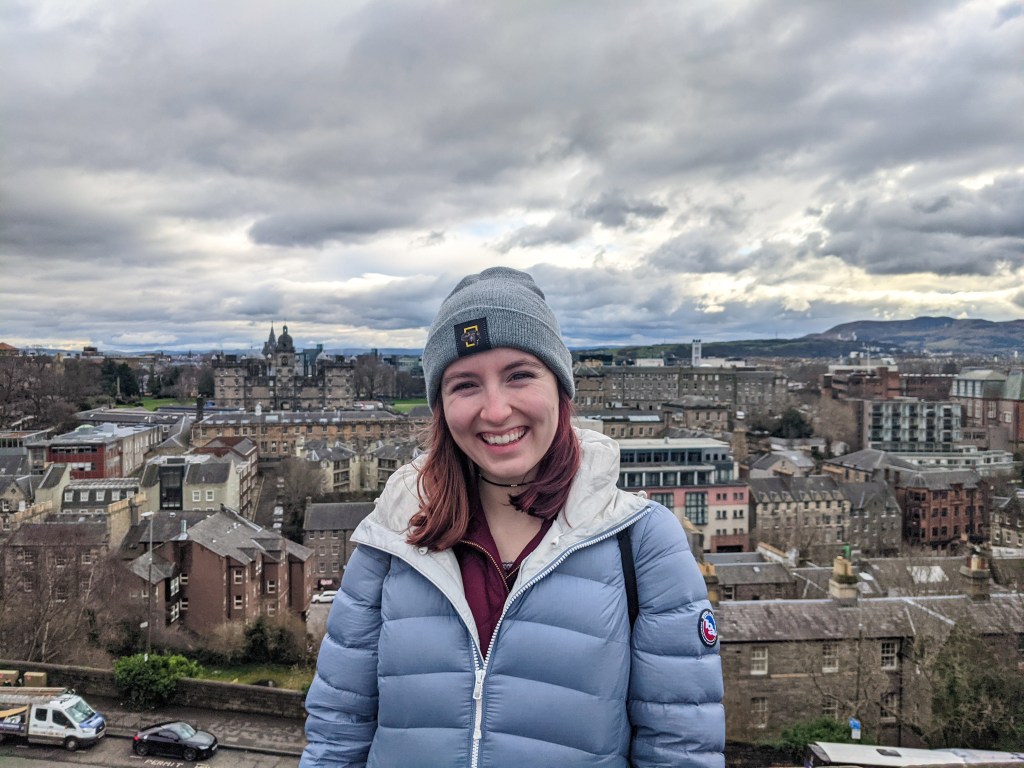 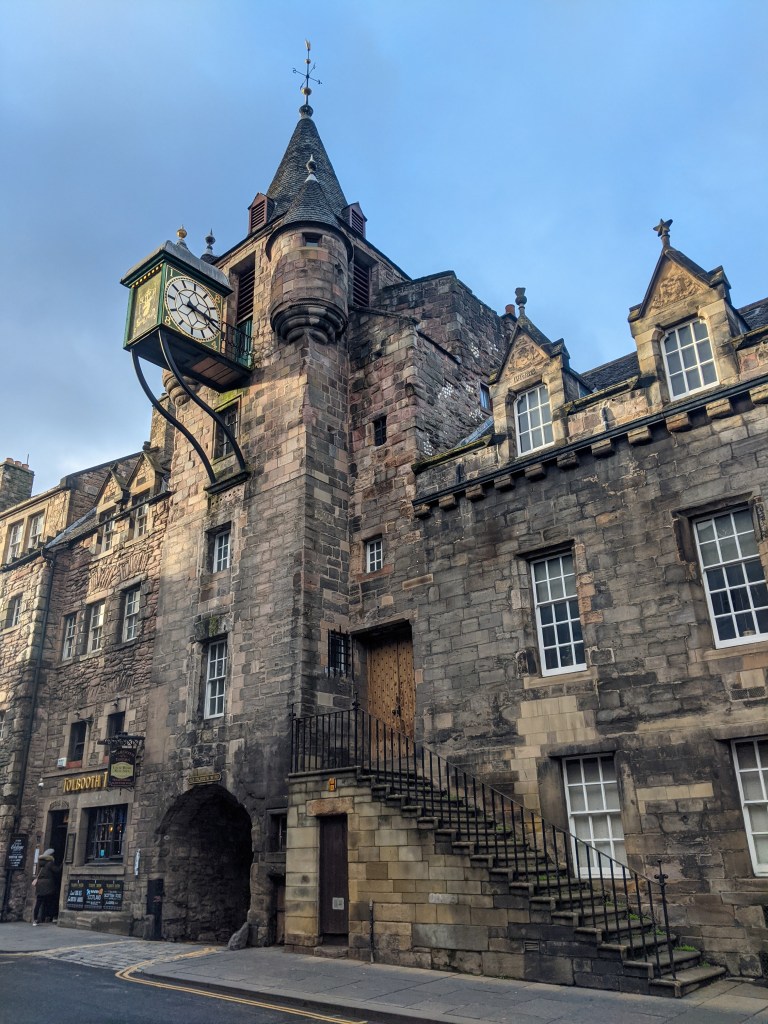 So there you have it, the five most-asked questions I’ve gotten since being abroad! How would you answer the last two questions? I try to be conscientious of what I say because I know it is only my experience and not representative of the whole United States. It’s interesting because on the occasions when I have hung out with other Americans here, they have answered certain questions about the U.S. very differently than I would have. It makes me curious if other Americans feel that my responses also misrepresent the United States.

Anyway, living in another country is just SO interesting. I am constantly learning and developing a broader perspective of the world. As always, thanks for reading today, and I hope you enjoyed today’s post. (Oh, and in case you didn’t notice, today’s pics are just a compilation of photos I haven’t shared yet—some from Edinburgh, some from Glasgow, etc. I hate the way captions break up my posts, so I included little captions down below in case anyone is interested in these locations.)

Photo 8 – The Glasgow skyline and the River Clyde

Photo 14 – The view from Edinburgh Castle