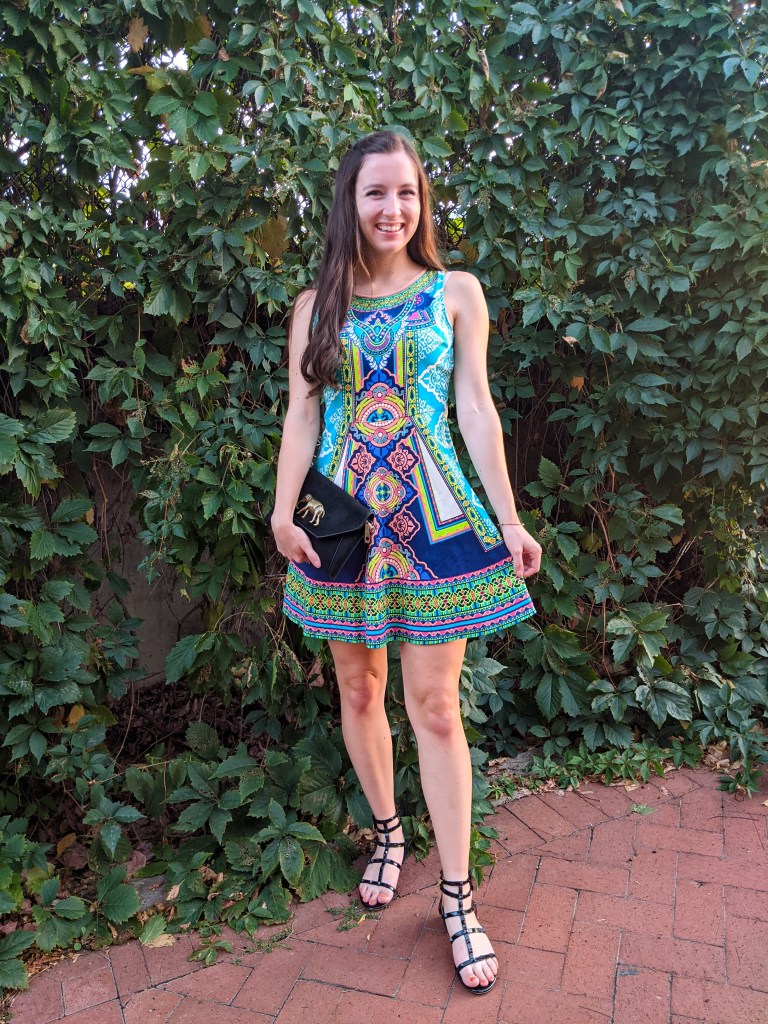 Finally, a new blog post! I’ve been super busy these last few days unpacking, getting into the swing of school again, and catching up with friends. But for today’s back-to-school post, I wanted to share some of the things I love and hate about going to a university that’s on the quarter system (instead of a semester system). People are always surprised to hear that I don’t start school again until the middle of September… in some ways, it’s one of the perks of having quarters, but starting so late in the year can also be a drawback. Keep reading to hear about all the unique aspects of a quarter system and some of my likes and dislikes! 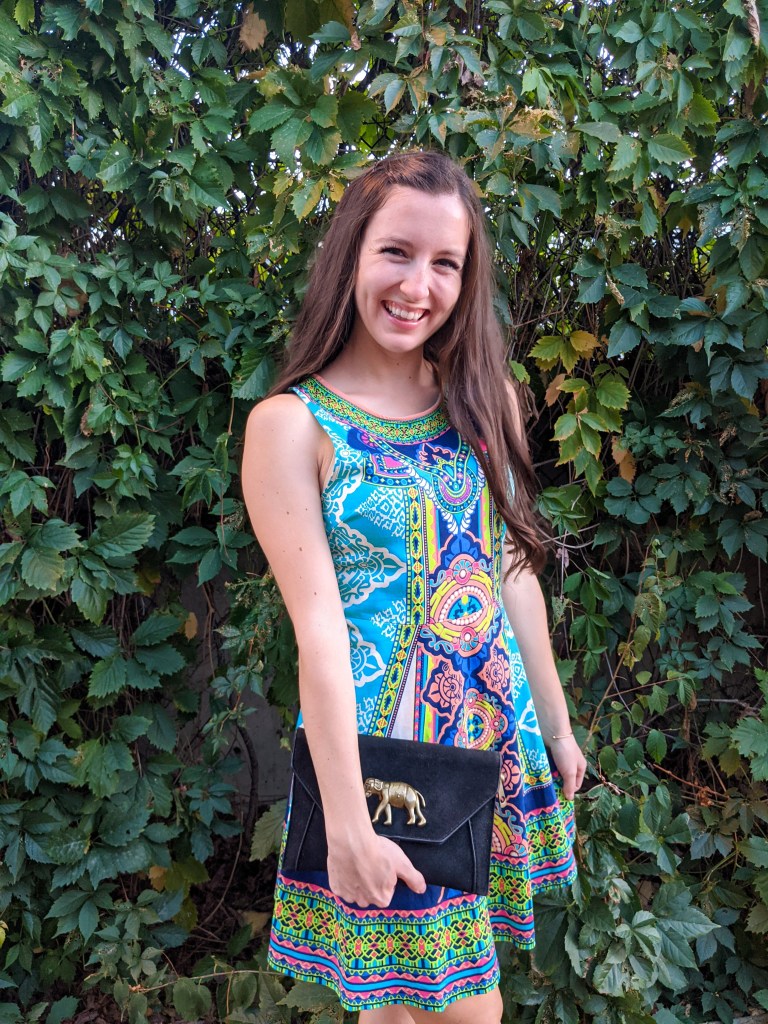 The three quarters of a normal academic year are fall quarter, winter quarter, and spring quarter. Each one includes 10 weeks of instruction, followed by a few days to take final exams. Fall quarter lasts from mid-September to the third week of November. Winter quarter lasts from the beginning of January to mid-March, followed by a week-long spring break. Spring quarter begins at the start of April, and the end of the academic year is usually the second week in June.

Given that information, here are some of the pros and cons of such a system… 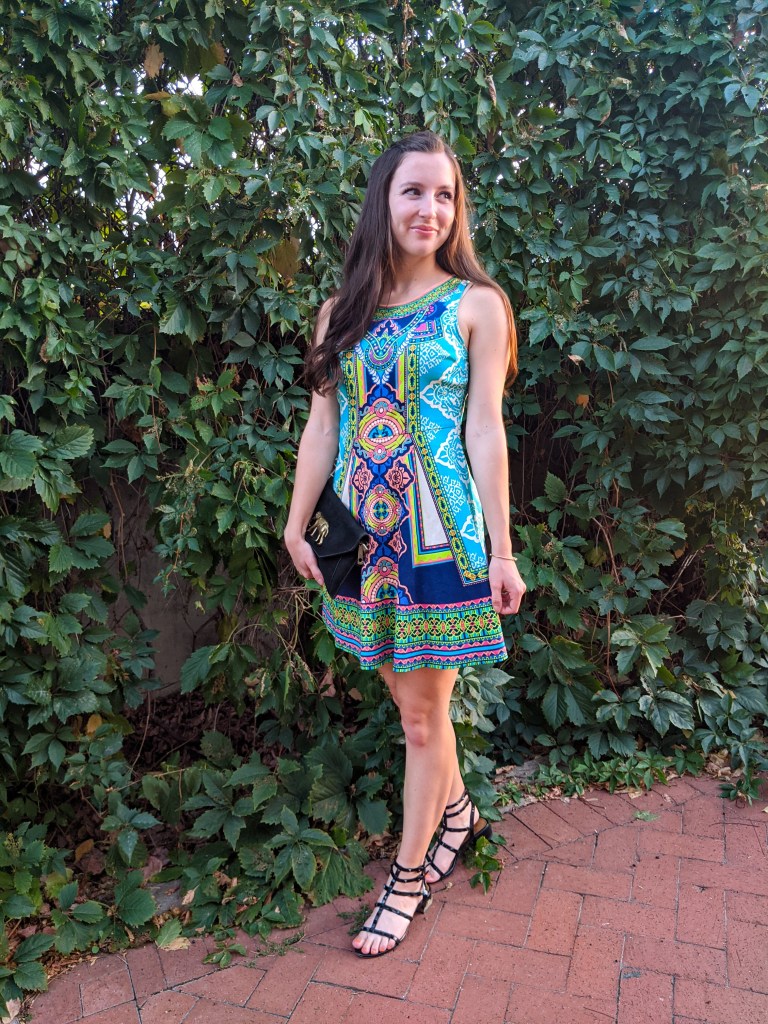 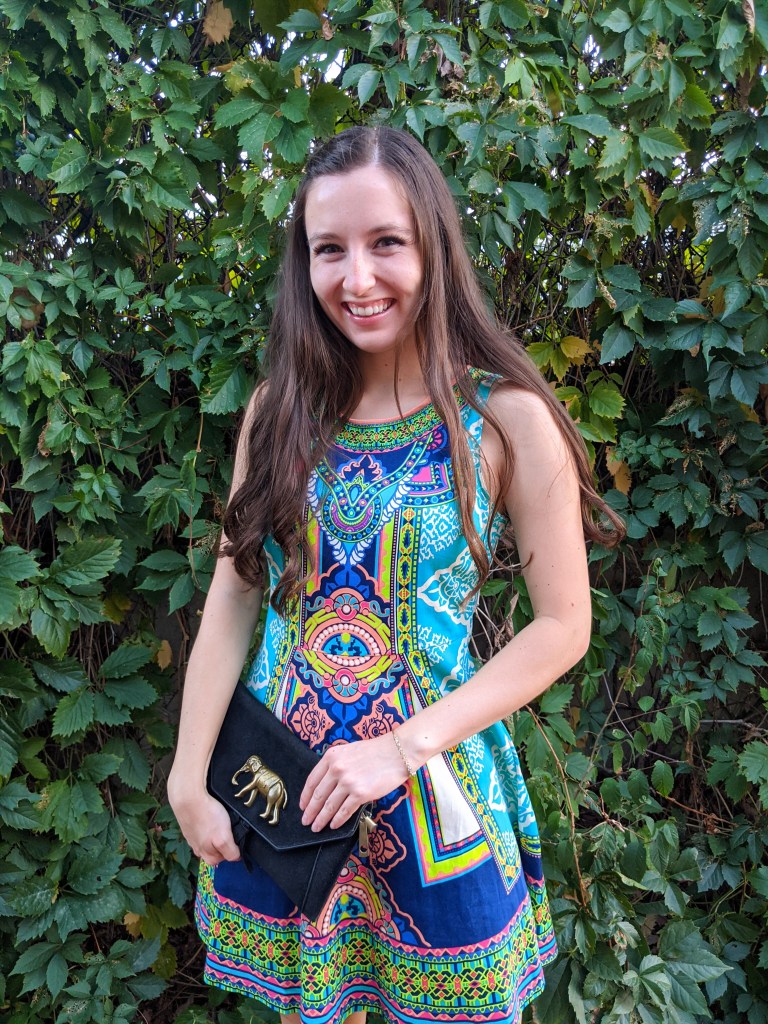 • I go back to school several weeks later than most of my friends, which allows me to soak up those final days of summer at home (and makes all my friends jealous).

• I have a six-week winter break! This is probably the biggest perk of being on the quarter system. I take my fall quarter finals right before Thanksgiving, so then I can fly home, celebrate Thanksgiving with my family, and stay home until after the new year. I don’t have to deal with the hassle of going home for Thanksgiving for a week and then flying right back to school for just two weeks before taking finals, like most semester students do. Not only does that get really expensive, but it kind of ruins Thanksgiving if you still have to be stressed about school and whether or not you’ll be able to make it home. The quarter system allows me to spend all the holidays with my family, stress-free! Plus, all that free time is perfect for traveling, projects, or even getting a seasonal job.

• Because each quarter only lasts 10 weeks, the quarter system is extremely fast-paced—most classes are two hours long and meet twice a week. I like the excitement of the fast-moving environment, and the best part is that if you hate a class or professor, it’s over quickly (unlike a 15 or 16 week-long semester).

• You have the opportunity to take a TON of classes, which is what I absolutely love about the quarter system. As someone who entered college undeclared, taking four classes each quarter of my freshman year allowed me to explore a huge variety of subjects and find what I liked (and didn’t like) early on.

• It’s easy to double-major, double-minor, or graduate early. Because you take more classes in an academic year on a quarter system than in most semester systems, it makes it feel like you have a ton of time in your four-year schedule. I am pursuing two majors and two minors, and I still have time to spare (I could add a third minor if I wanted to, or I could’ve had three majors instead!). It sounds kind of braggadocious and over-achieving when I explain what I’m studying to my friends at other schools, but within the quarter system community, students recognize that double-majoring is not special at all; it’s actually extremely common. Or, if students don’t double-major, lots of people graduate a quarter, two quarters, or even an entire year early. In that sense, a quarter system can be extremely economical if you can get in and get out in a limited amount of time. 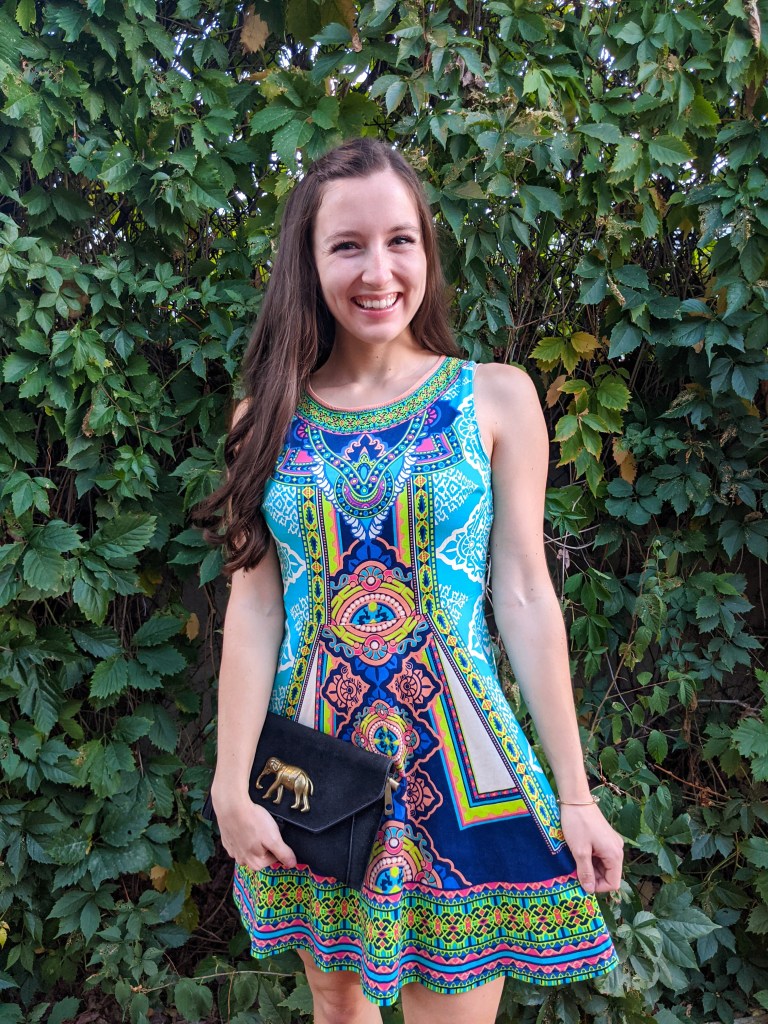 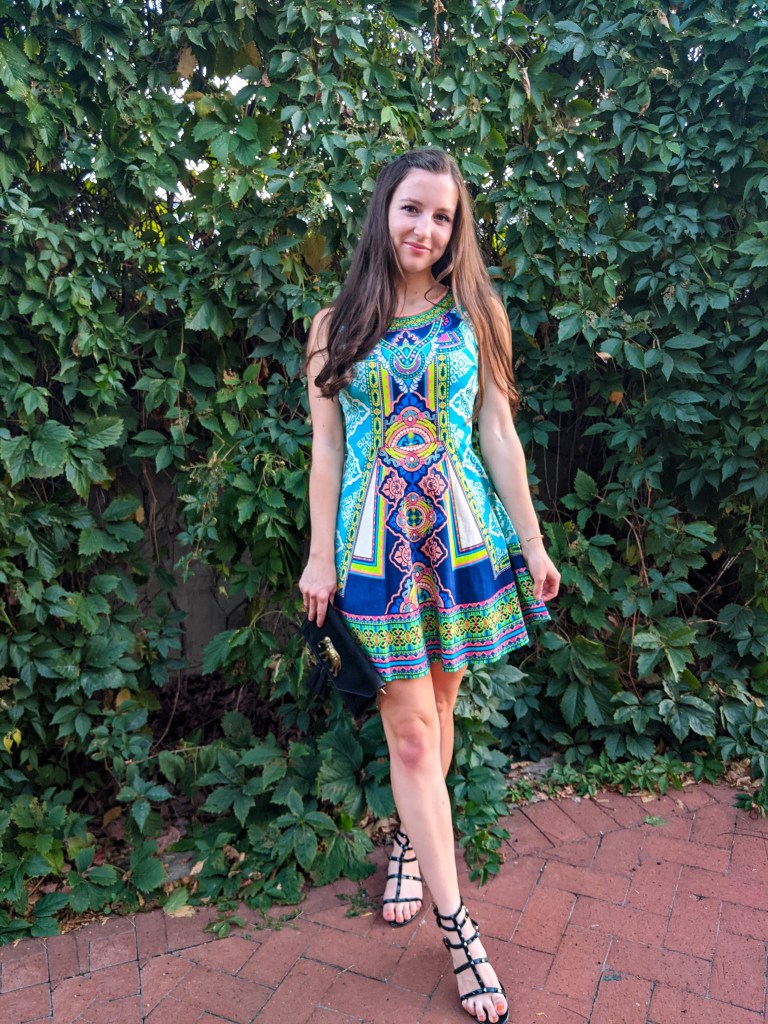 • Because we start the school year late, we also end the school year late… It is extremely painful in spring quarter to watch all my friends at other universities finish the academic year in late April or mid-May, and I still have to forge on until the middle of June… This is probably one of the worst parts of the quarter system. It’s really hard to maintain focus when everyone else is already starting their summer vacations and I have to stay inside studying, rather than soaking up the sunshine.

• Winter quarter followed by spring quarter can be a lot. While we do get a week-long spring break, we basically have 20 weeks of school from January to June, instead of 15 or 16. It’s a running joke on campus about how much this long stretch of school sucks, and it gets really mentally exhausting—even for the professors.

• Because of all the scheduling differences between a quarter system school and a semester system school, it can be hard to coordinate time to hang out with your friends from home. One of my girlfriends, for example, always has summer internships, so she goes back to Boise for a few weeks after school ends before leaving again for her internship. That means I don’t get to see her at all over the summer because I don’t get home until several weeks after she has already come and gone.

• I’ll say it again, the quarter system is very fast-paced… which obviously cuts both ways. The difficult part of such a fast-moving learning environment is that it can be hard to keep up, and homework/assignments pile up very quickly. Additionally, if you’re absent for just one day of class, you miss so much material, and it’s very easy to fall behind. Professors often feel the pressure of a short 10-week system, so they cram a ton of material into every lecture. I probably wouldn’t recommend a quarter system to someone who gets sick a lot or would otherwise be absent from class often.

• You ‘start over’ way more frequently than you would on a semester system. By that I mean, you have a new set of classes and professors every 10 weeks—three times in a single academic year, rather than just twice in a semester system. That also means you have way more tests… I take midterms and finals every quarter, which means I have three finals weeks instead of just two. It’s kind of ironic that I ended up choosing a quarter system school because my parents can attest to how much I hate the start of the school year (and how stressed the unknown makes me). However, I will admit, the quarter system has made me better equipped to handle that kind of change, even though the start of each quarter still makes my stomach turn a little. 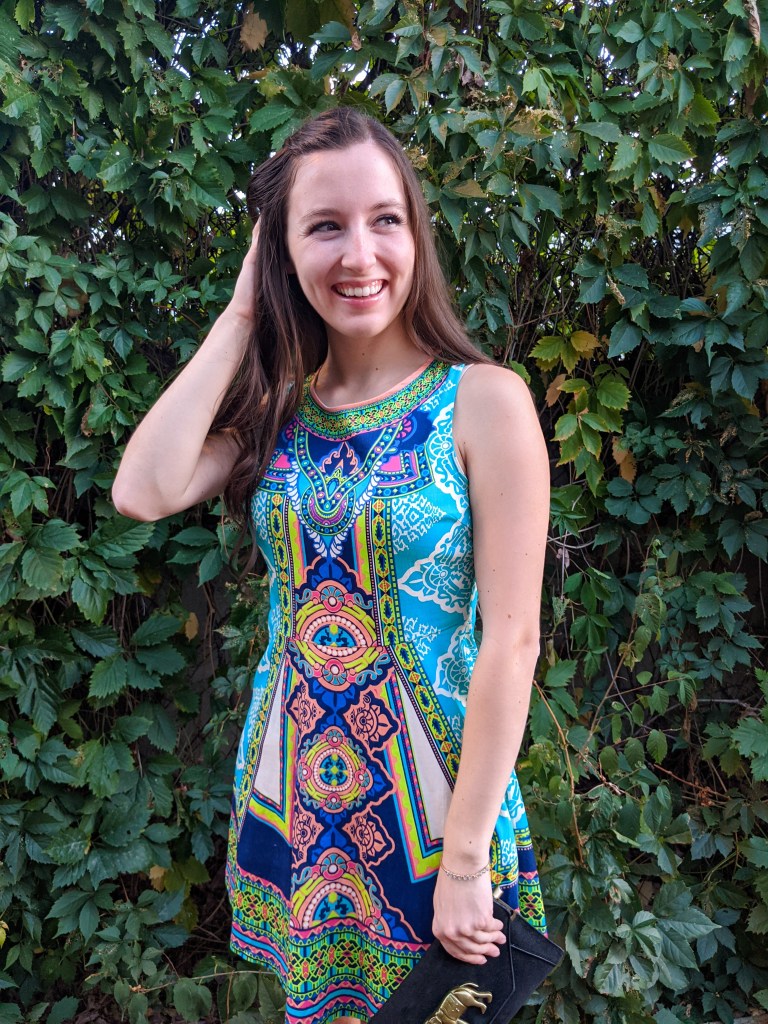 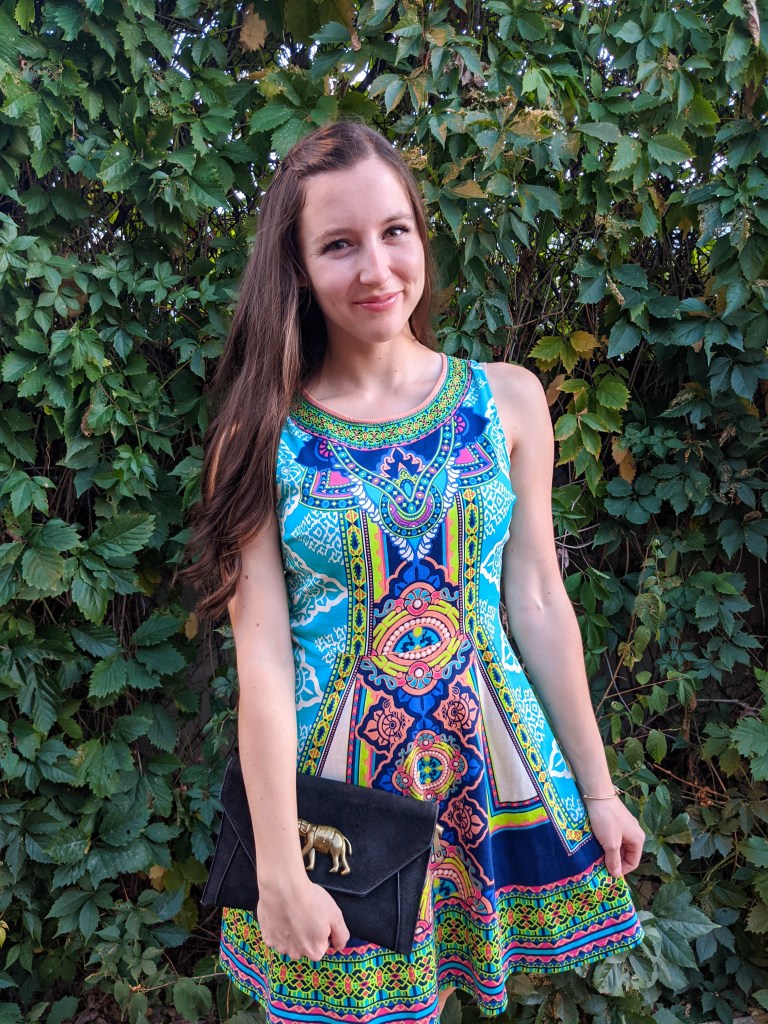 So there you have it! I absolutely love the quarter system, despite its cons. And while I cannot attest to how well it works for other types of students, the quarter system is extremely beneficial to someone who likes to learn, enjoys being challenged, and can juggle lots of different assignments/moving parts at once. I remember feeling slightly nervous about the quarter system before choosing the University of Denver—just because it was so different than the semester system I had in high school—but I’m so glad I took a chance on it. It has proven worthwhile academically and very beneficial scheduling-wise (I can’t get enough of that six-week long winter break). 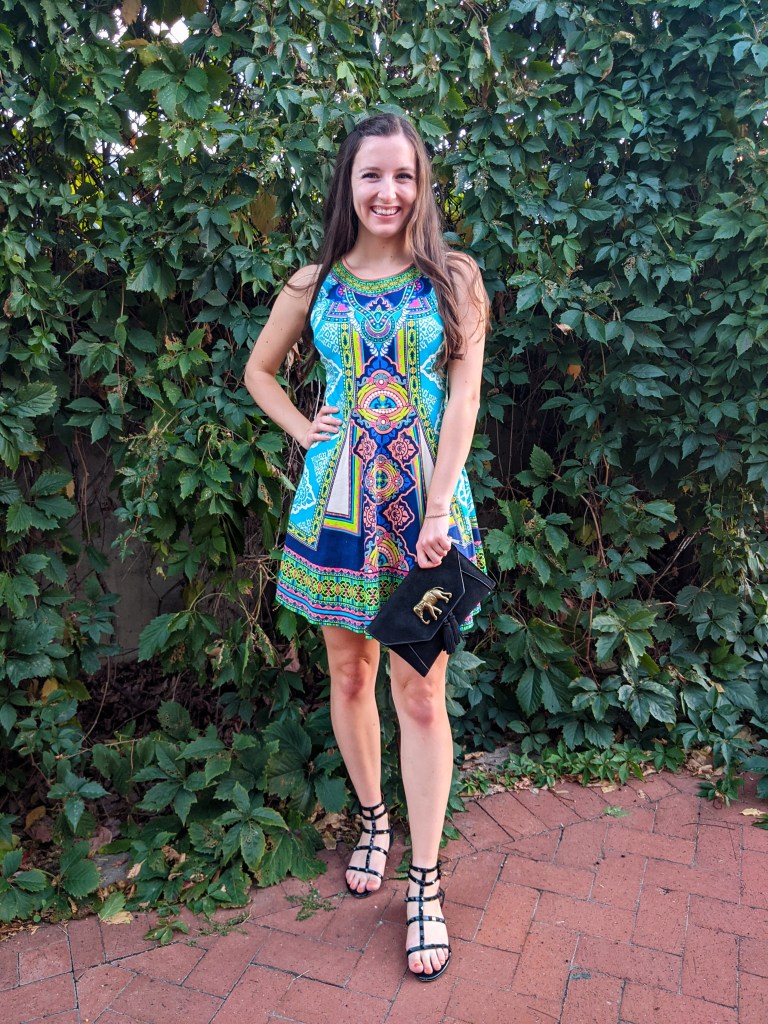 And, completely off topic, let’s talk about this outfit real quick. How CUTE is this geometric printed dress?! As I was unpacking over the weekend, my parents made a trip to the local secondhand store for some items for my apartment (such as a fruit bowl, big utensil holder, etc.) and they stumbled across this half-price dress. It was such a nice surprise, and I absolutely adore the print and bright colors—I think it would make a super cute date night outfit for dinner or something like that.

Be sure to check out this week’s linkup below. I know I missed/forgot about the last couple of weeks, but I’d love to catch up on your latest posts!

You are invited to the Inlinkz link party!

As always, thanks for stopping by today. If you’re on the quarter system, what do you love/hate about it? Or do you prefer the semester system and why? I’d love to hear your thoughts.