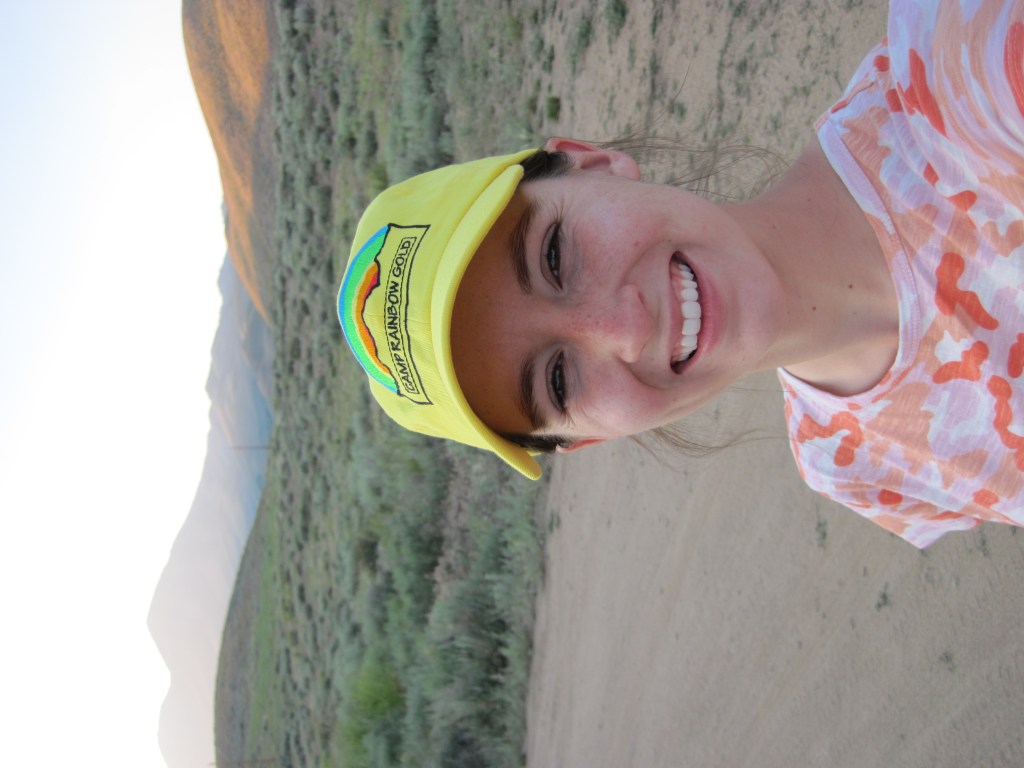 This week’s recap looks a little different than usual because as I have previously mentioned, I spent the past seven days volunteering for a summer camp very close to my heart: Camp Rainbow Gold. Camp Rainbow Gold (CRG) is a nonprofit serving Idaho’s children with cancer and their families. What started as an oncology camp in the 1980s—a place that made it possible for ill children to participate in the fun activities of a normal summer camp—has expanded to include four camps each year, as well as scholarship programs, support groups, etc. I have volunteered at CRG in the past and was myself a camper for many years at their Sibling Camp. 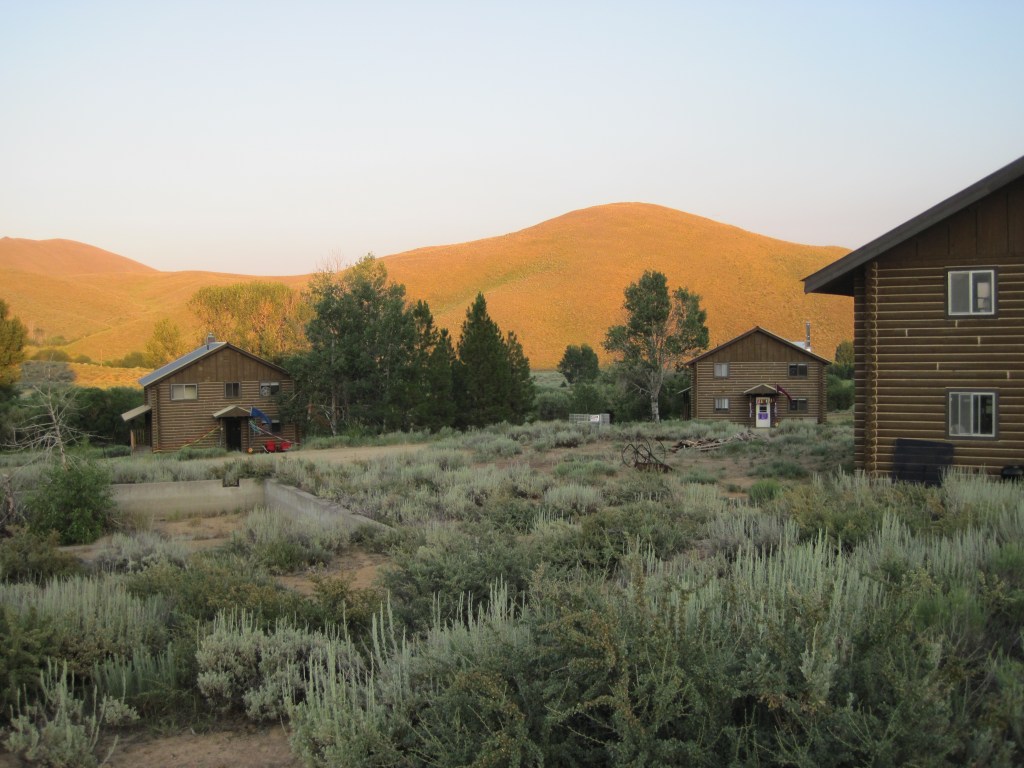 While CRG has been around since the 80s, Sibling Camp was started less than 20 years ago because nobody had previously seen a need for a camp specifically for the brothers and sisters of those with cancer. But that’s just it—people often forget that the siblings of sick children face their own unique battles every day. They struggle with feelings of helplessness and fear, knowing that their sibling could die. They may feel jealousy or resentment that their parents give so much attention to the sick child, and they might experience guilt as a result of those feelings. They can even be used by friends and acquaintances at school as an avenue to know more about the sick child, making the sibling feel unimportant or like their own problems are not worth attention.

That’s what makes Sibling Camp so special. For one week of the year, the siblings get to be the star of the show. They are given the opportunity to escape the harsh realities of their everyday lives and just get to be kids again, not caretakers or siblings of cancer patients, carrying a burden far too heavy for their young shoulders. Sibling Camp allows these children to receive the time and undivided attention that they deserve, and they are able to connect with other kids who know exactly what they’re going through. I can’t pretend that I relate to any of these experiences; I am very fortunate because I was only a baby when my brother was diagnosed, and he has been in remission for almost twenty years. But CRG has still touched my heart in a way that keeps me coming back and gives me the drive to pass on the same magic that I experienced for so many years as a camper. 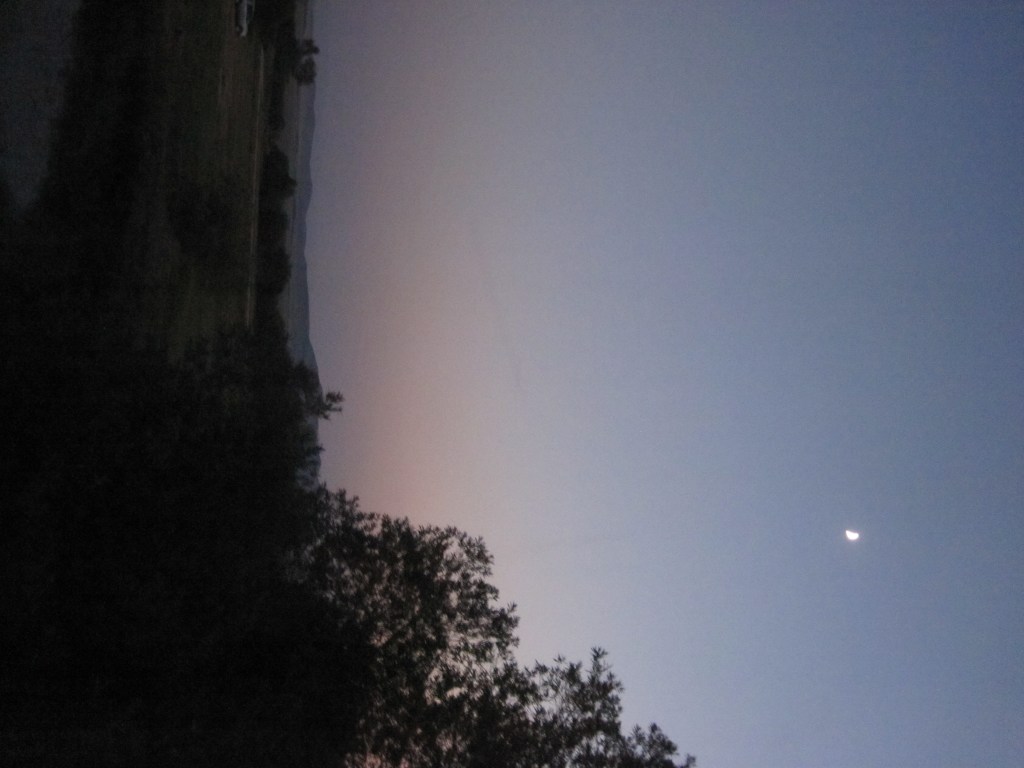 In a normal, non-pandemic year, Sibling Camp lasts six days and usually has around 80-90 campers. This year, however, the camp had to follow very strict Covid-19 protocols, so Sibling Camp was broken up into two sessions. Session A lasted from July 11th-14th and consisted of 6-10 year-old campers, and Session B lasted from July 14th-17th, consisting of 10-17 year-old campers. Two sessions meant doing the exact same schedule and eating the exact same food TWICE in one week—making it feel like, quite possibly, the longest week of my life. I honestly can’t believe that I was in Walla Walla less than a week and a half ago… It feels like months. But I digress.

Now that I’ve given a little background on the camp, I’ll give you a quick rundown of the day-to-day activities. But like I said, we did everything twice—Groundhog Day style! Because I’m 21 now, this was my first year volunteering as a full counselor, meaning my two co-counselors and I were completely responsible for 7 or 8 children at a time. Our cabin for Session A consisted of 6-9 year-old girls, and our cabin for Session B consisted of 10-14 year-old girls. 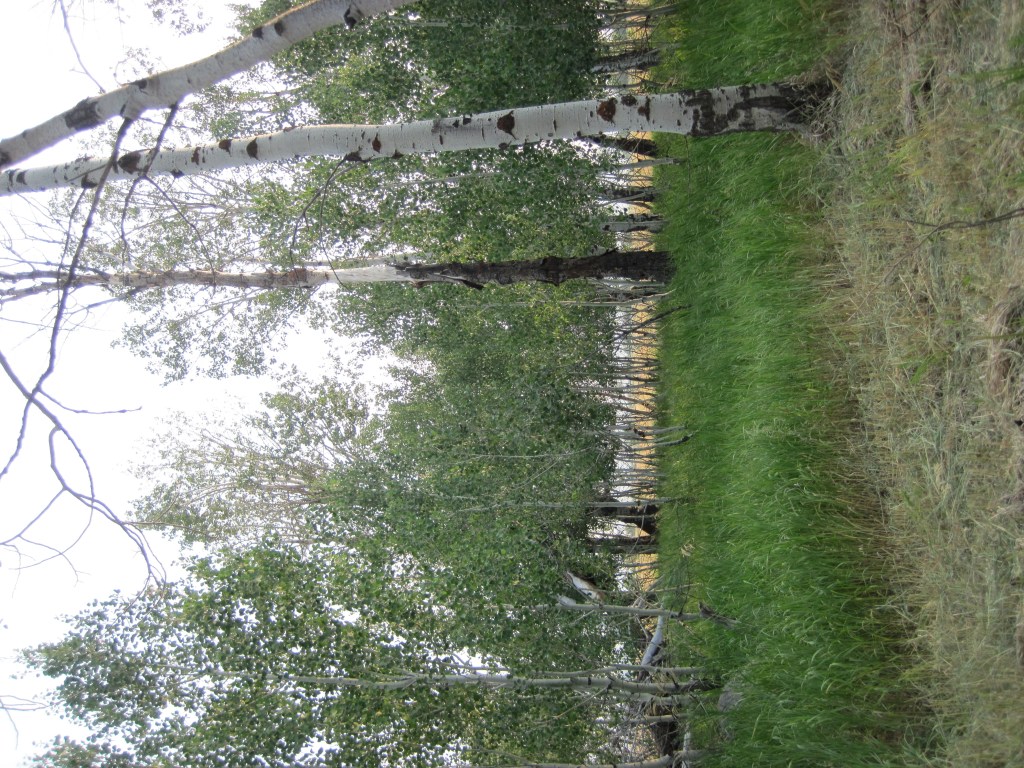 One of my best friends, whom I met at CRG ages ago and who was also one of my co-counselors this year, picked me up from my house bright and early so the two of us could carpool to the campsite outside Fairfield, Idaho. We spent the day meeting the other volunteers and doing lots of chores in the hot sun, helping with some last-minute set up before the campers arrived on Sunday. We also decorated our cabin with lots of colorful streamers, garlands, etc. to surprise the campers.

Camp always involves a 7 am wakeup call! The volunteers hit the ground running this morning to learn the layout of the campsite, discuss the week’s activities, etc. The first batch of campers arrived in the afternoon, and we spent some time unpacking and getting to know each other in our cabin. We went to an aspen grove at the campsite for a memorial after camper orientation and dinner. Almost every year, there is a memorial at camp to celebrate the lives of those who have passed away since the last camp session. Our activity this year consisted of releasing live ladybugs into the trees, which felt very peaceful and symbolic. We finished the night by singing silly camp songs and telling jokes around the campfire! 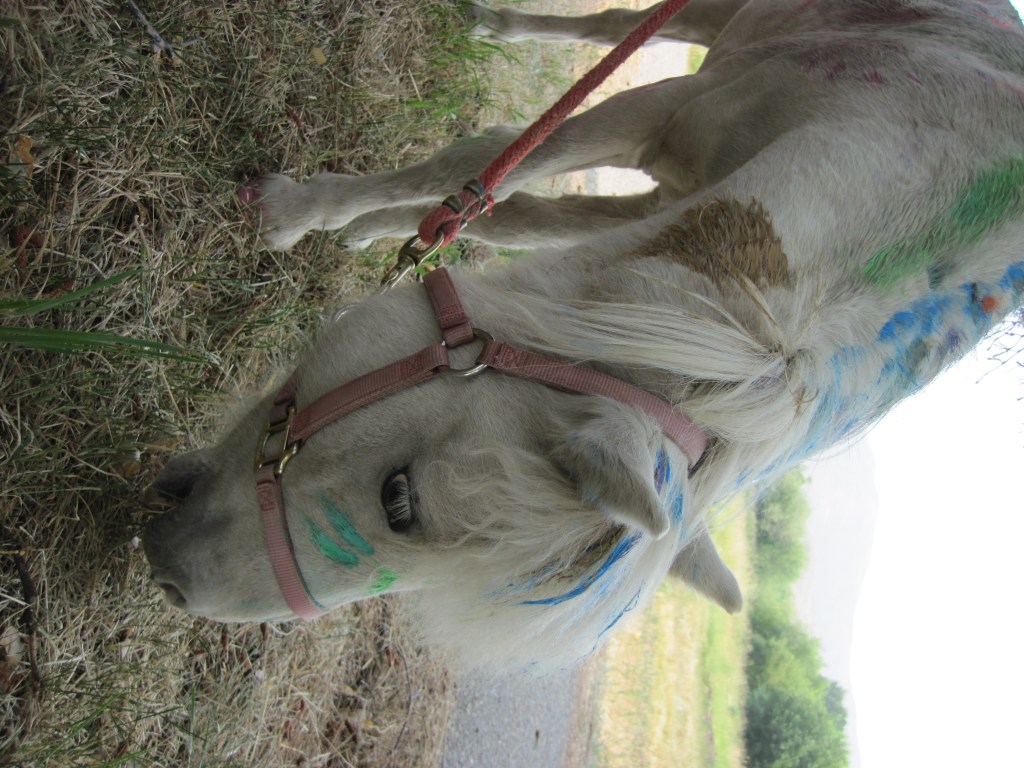 As a fun surprise for the campers, we ended up making s’mores this morning at 7:30 am—nothing says a wakeup call like lots of sugar, amirite? We took a camp picture, did a team bonding activity in our cabin, and rode horses around the campsite, thanks to a local ranch who donated their time and services. The little girls also got to decorate these poor ponies named Moose and Zeus—the girls were obsessed with painting one of them entirely orange so he would “look like a hotdog”! After lunch, we always have Toes Up (aka nap time, thank goodness), and in the afternoon we did a series of water activities—a squirt gun fight, a make-shift slip’n’slide, and pedal boating in a pond at the campsite. After dinner, we had a dance/carnival with music, lots of games, and a snow cone truck for dessert.

Today’s activities consisted of archery, a ropes course, mountain biking, and an arts and crafts project. We had campfire after dinner, followed by the Wishcone Ceremony. The memorial and the Wishcone Ceremony are the only two activities at camp that make CRG different than a normal summer camp. During the Wishcone Ceremony, campers and volunteers write their wishes, hopes, dreams, etc. on pieces of paper and tie them onto pinecones. We then throw the pinecones into the campfire, and the idea is that the smoke of the fire will carry our wishes into the atmosphere. It is a very emotionally charged experience, and while it’s difficult to explain in writing, it is usually a therapeutic event that gives these children the opportunity to cry and let go of some of their suffering in a peaceful place, surrounded by people who care about and understand them. 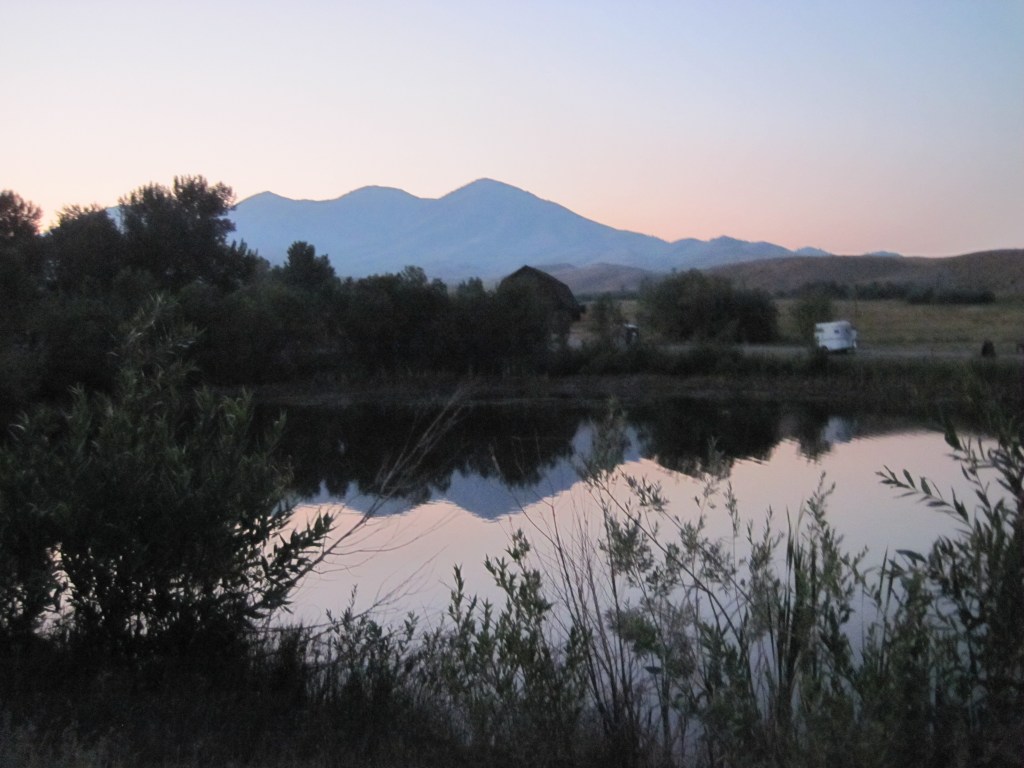 After breakfast, the first session of campers hopped on the bus and went home! Volunteers had a few hours to shower, take naps, and clean up a bit before the second session of campers arrived in the late afternoon. We did the memorial again, with more live ladybugs, before singing the same silly songs at campfire and heading to bed.

Second verse same as the first! We spent these two days doing all the same activities that we did on Monday and Tuesday, just with an older age group. 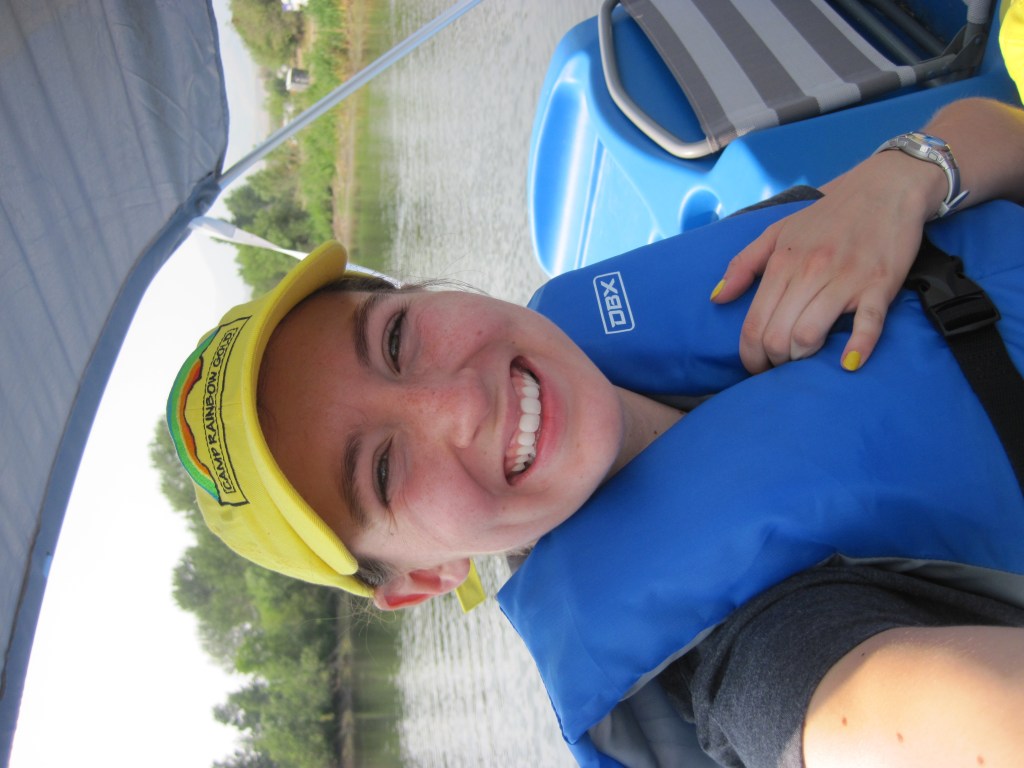 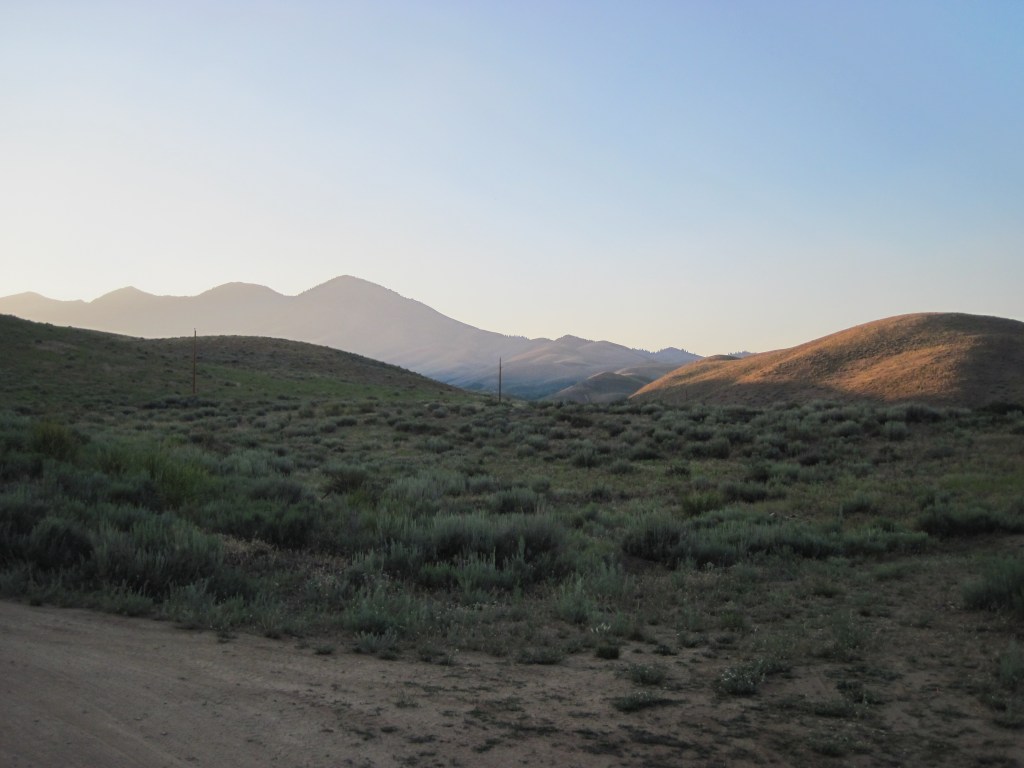 We ate breakfast with the campers one last time before sending this second group of kids home on the bus. The volunteers lingered on site for an hour or two longer, cleaning our cabins and packing up, before we all said our goodbyes and hit the road. I was so excited to get home, share stories with my parents, and take a longggg shower to get all the camp grime off. My parents and I ended up eating at a Mexican restaurant downtown, and boy was it nice to finally eat something different! 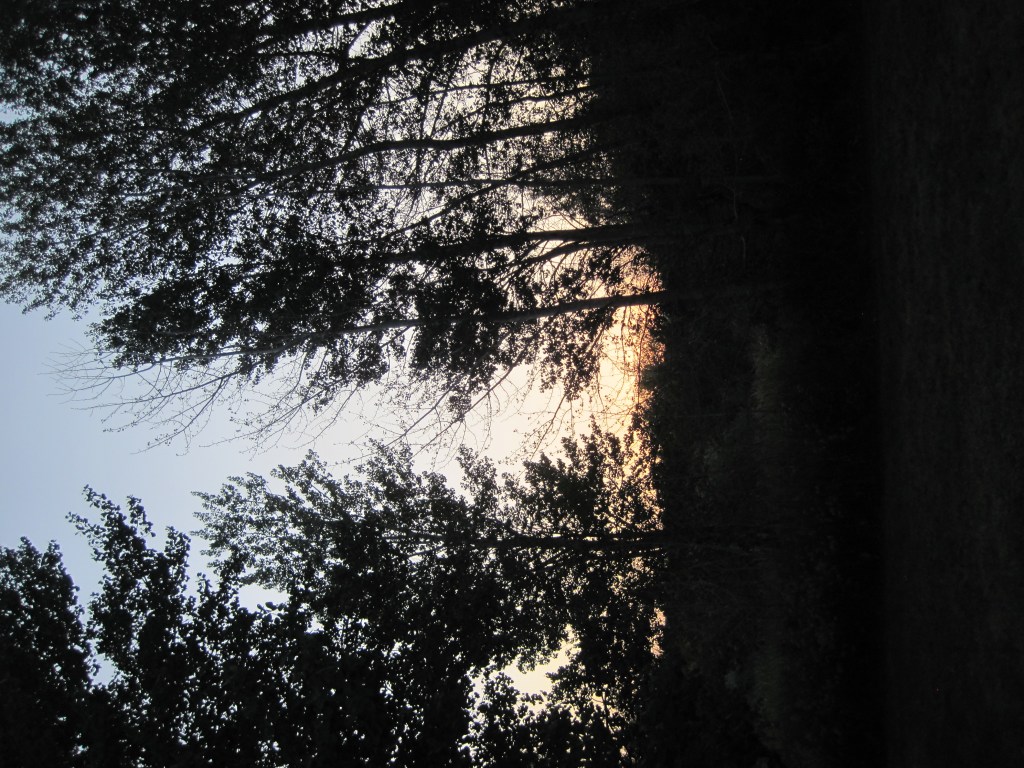 Lots of things were unusual about camp this year (the repetition of the schedule, the extreme heat, having to enforce Covid-19 restrictions), and it was absolutely exhausting. Being a counselor was so much more difficult than I expected… However, at the same time, it gave me SO much respect for people who work with children every day,, such as the counselors who volunteer for all three camps back-to-back, teachers, and even parents. I will be the first to admit that patience is not one of my strong suits, but this week at camp taught me so much and really helped me grow as a person. Most of all, seeing these children and the struggles they face puts everything into perspective. I am so grateful to have been a part of their camp experience this year. 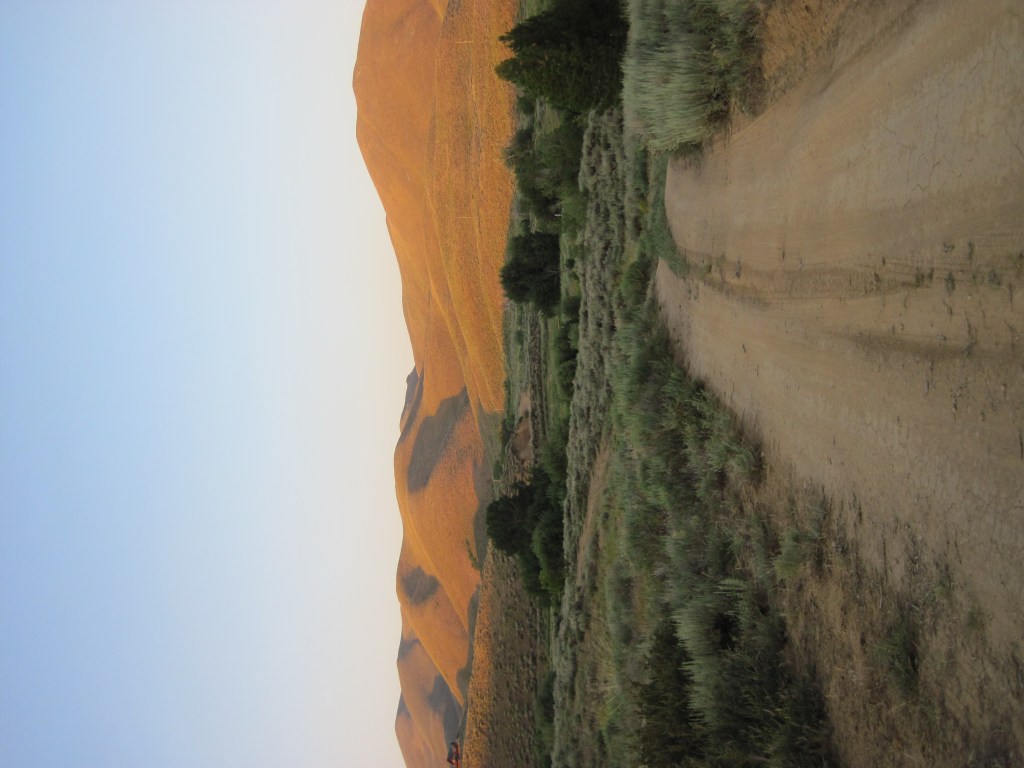 As always, thanks for reading, and I hope you had a great week!

It may be a year and a half later than planned, bu

Long time no see! 🌴 It's been a whirlwind of a

And just like that, Christmas is over 🥲 which m

Nothing says 'ringing in the new year' like bedazz

✳️ A Vision in Green ✳️ I'm not usually on