The Weirdest Photoshoot Ever… 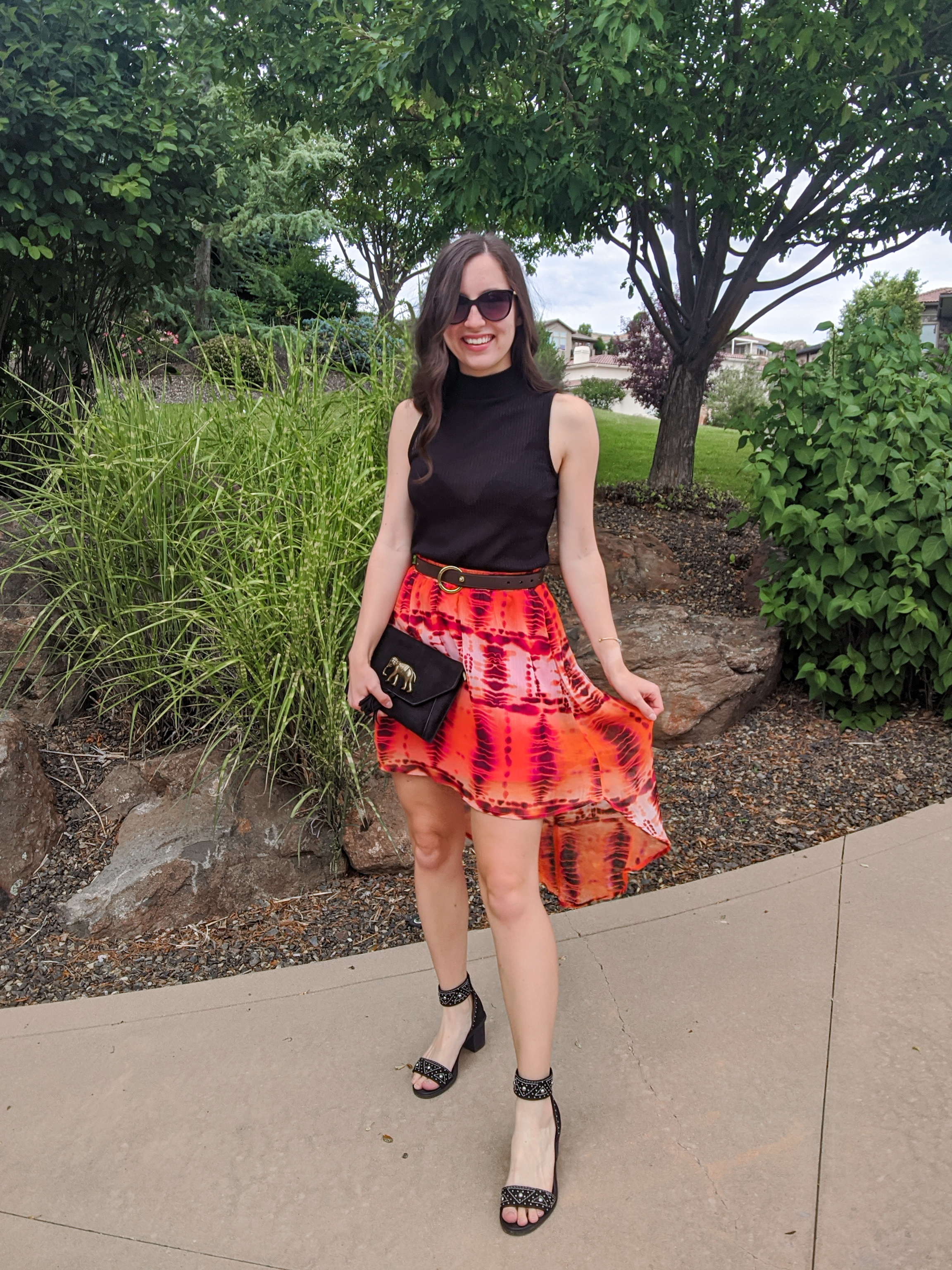 If you follow me on Instagram, you may have seen me share some behind-the-scenes pics/videos on Saturday of one of my photoshoot days. As you can imagine, I take a lotttt of photos for the blog, which means I also get a lot of weird stares from passersby as I stand with a tripod and take a bunch of pics of myself (narcissistic, much?). I had such a fun time sharing behind-the-scenes on Saturday that I wanted to keep up the trend and tell you about the weirdest photoshoot experience I’ve had to date. Like I said, taking a bunch of photos out in ~the wild~ is odd enough as it is. But this particular photoshoot? Definitely the most eventful one I’ve had in my nearly-four years of blogging… 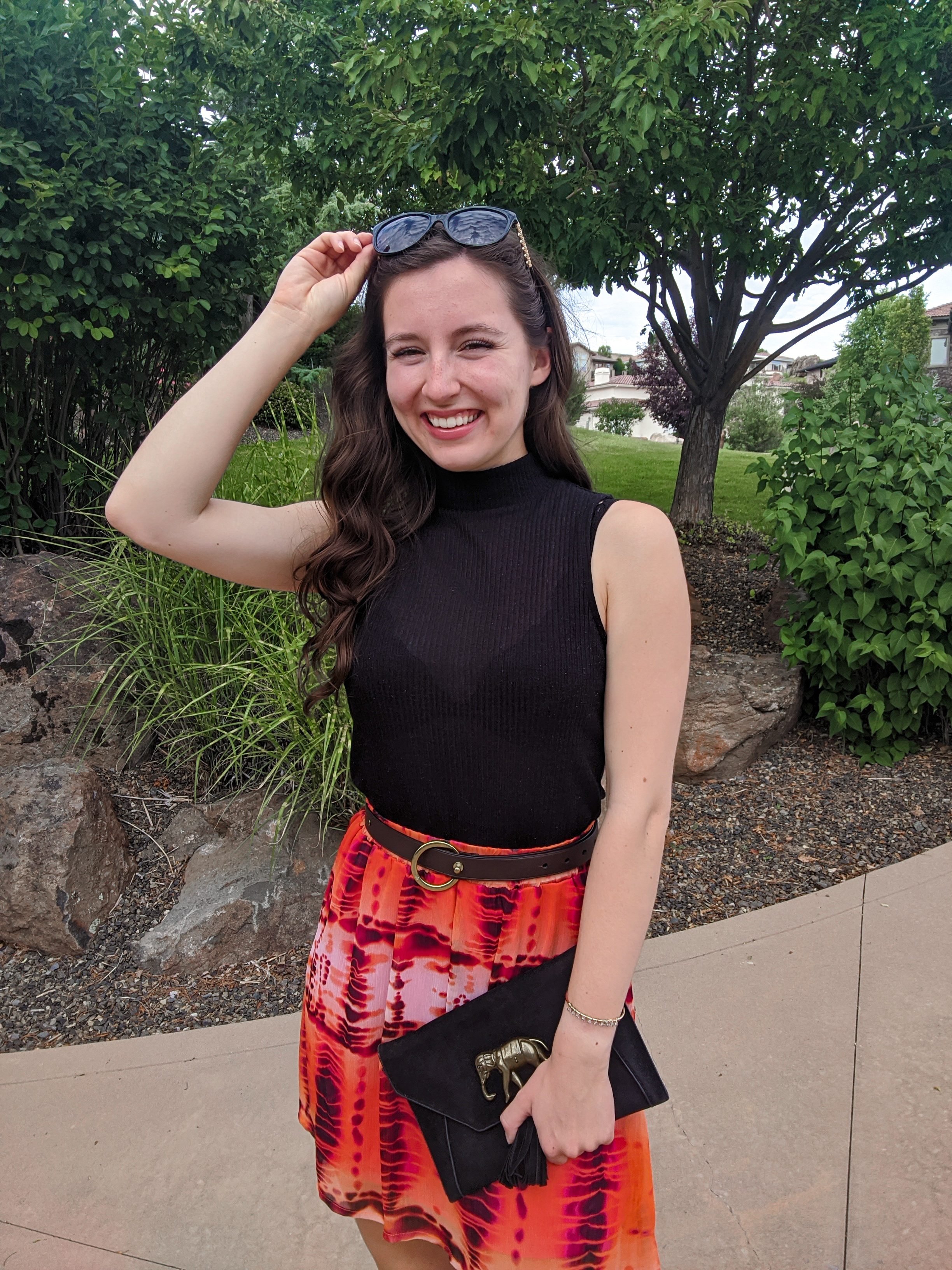 It all started in the Las Vegas heat a few weeks ago. I was at my grandparents’ house and decided to walk around the neighborhood after dinner to grab some photos in the evening light. As I walked down the street towards some pink flowers at the end of the road, a small dog suddenly appeared. Now, I don’t know anything about dog breeds—I’ve never had a pet—but it looked like the sort of dog that would fit perfectly into a purse. Brownish with straight fur. Looked like it was supposed to have a little pink bow tied around a tuft of hair between its ears. I think you know the type.

Anyway, the dog started following me as I walked down the street, and it was right on my heels (well, more like right on my espadrilles—I was photographing this pattern mixing outfit). I kept looking down at it and saying in my best high-pitched baby voice, “Go home buddy! Back that way!” The dog was persistent in following me before it found someone new in whom to take interest. Hopefully the lil’ doggo got home okay? I never did see it again.

I finally reached the end of the street and set up my tripod to snap some photos. It wasn’t long before I saw an older gentleman in a red shirt start to approach me, and I continued to eye him as he got closer… He walked with a cane, so in my head I thought, I can definitely outrun this old man if he were to attack me. He finally got too close for comfort, breeching the 6-foot pandemic rule, and said in an odd tone, “Hey there, want me to take your photo?”

Creeeeeeeeepy. I politely said, “Oh no thanks,” and then he spoke a few more things before wandering down the perpendicular street. I noticed him loitering within my view, so my discomfort (and the bad lighting) enticed me to walk back down my grandparent’s street and settle for this location on the sidewalk to take my photos. 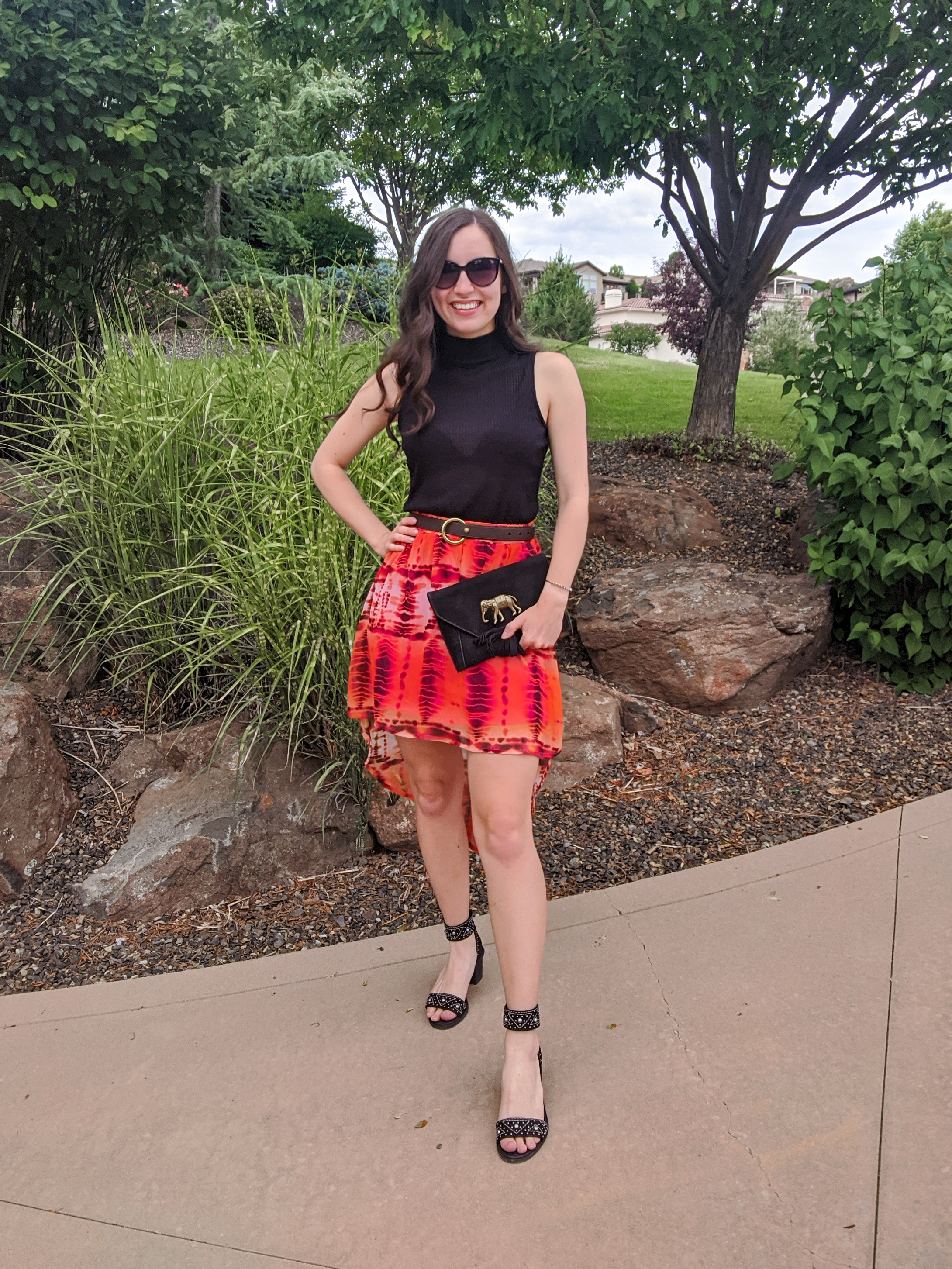 I started taking some real pics before I noticed an elderly woman walking on the sidewalk towards me. Where I was standing was the very end of the sidewalk, so I didn’t feel like I was being obtrusive or that I needed to get out of her way (since I was at the very end—it would have made more sense to cross the street to the next sidewalk before reaching the end than it did to walk to my location). But nonetheless, the woman continued to approach me and kept getting closer, and closer, and closer. Finally, she walked around my tripod and RIGHT in front of me, as if it was a goal of hers to touch the end of the sidewalk. She didn’t say anything. But she literally went out of her way to break my bubble of social distance. It was so odd!

I went back to my photos until a few minutes later when a young woman—probably only a year or two older than me—came around the corner as she gabbed on the cellphone. She stopped in her tracks when she saw me and excitedly yelled out, “Oh my god, are you filming a TikTok?!” I was sad to disappoint her and lower my perceived cool-ness.

I responded with a short laugh and added, “Nah, I’m just taking some photos for my fashion blog.” (I thought the “fashion blog” part might save me, but it didn’t.)

The smile on her face quickly fell and she went back to talking on the phone. “Sorry dad, I just saw this girl and thought she was filming a TikTok but she wasn’t.” She had that stereotypical teen girl voice, as you might imagine. 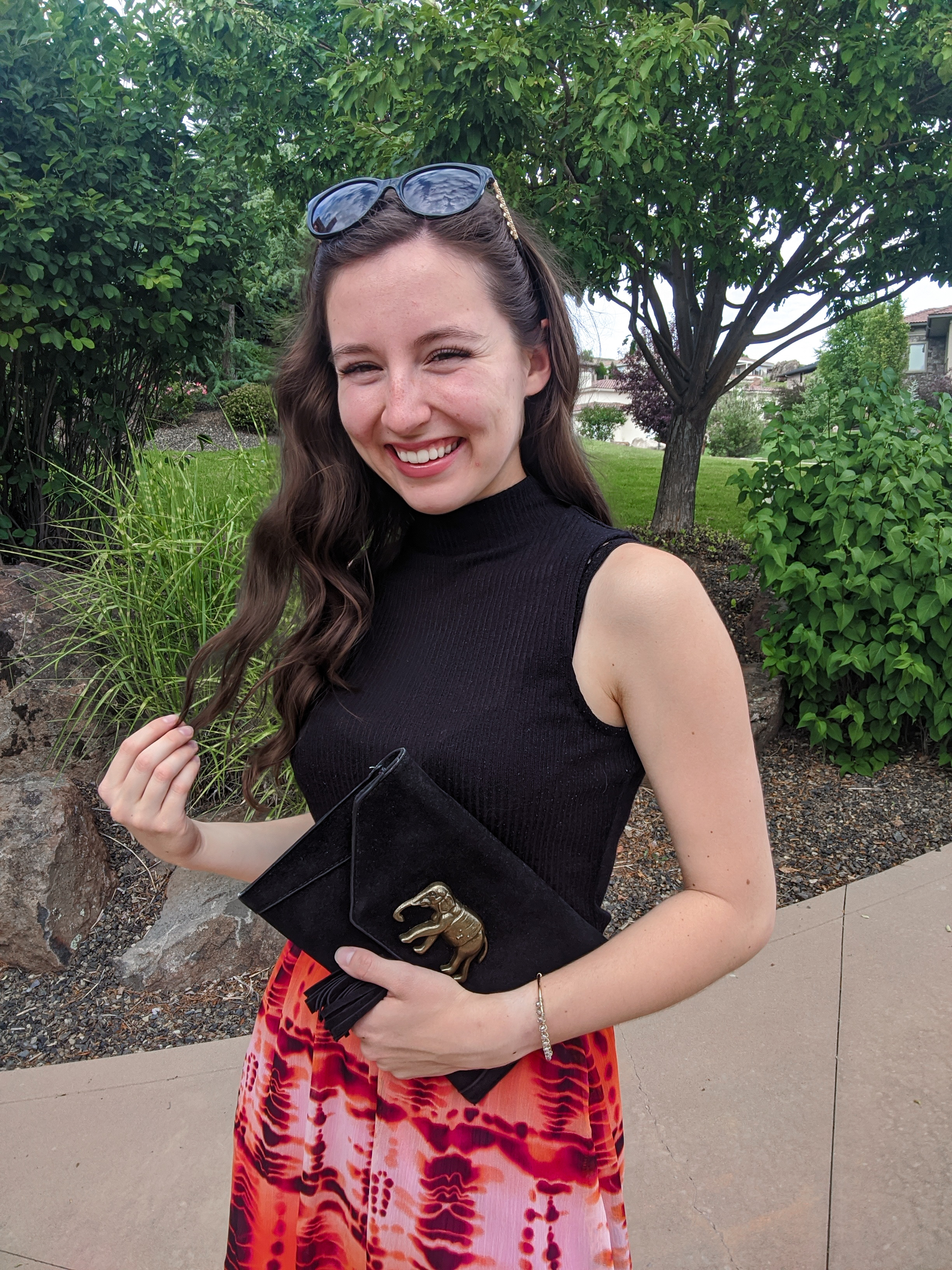 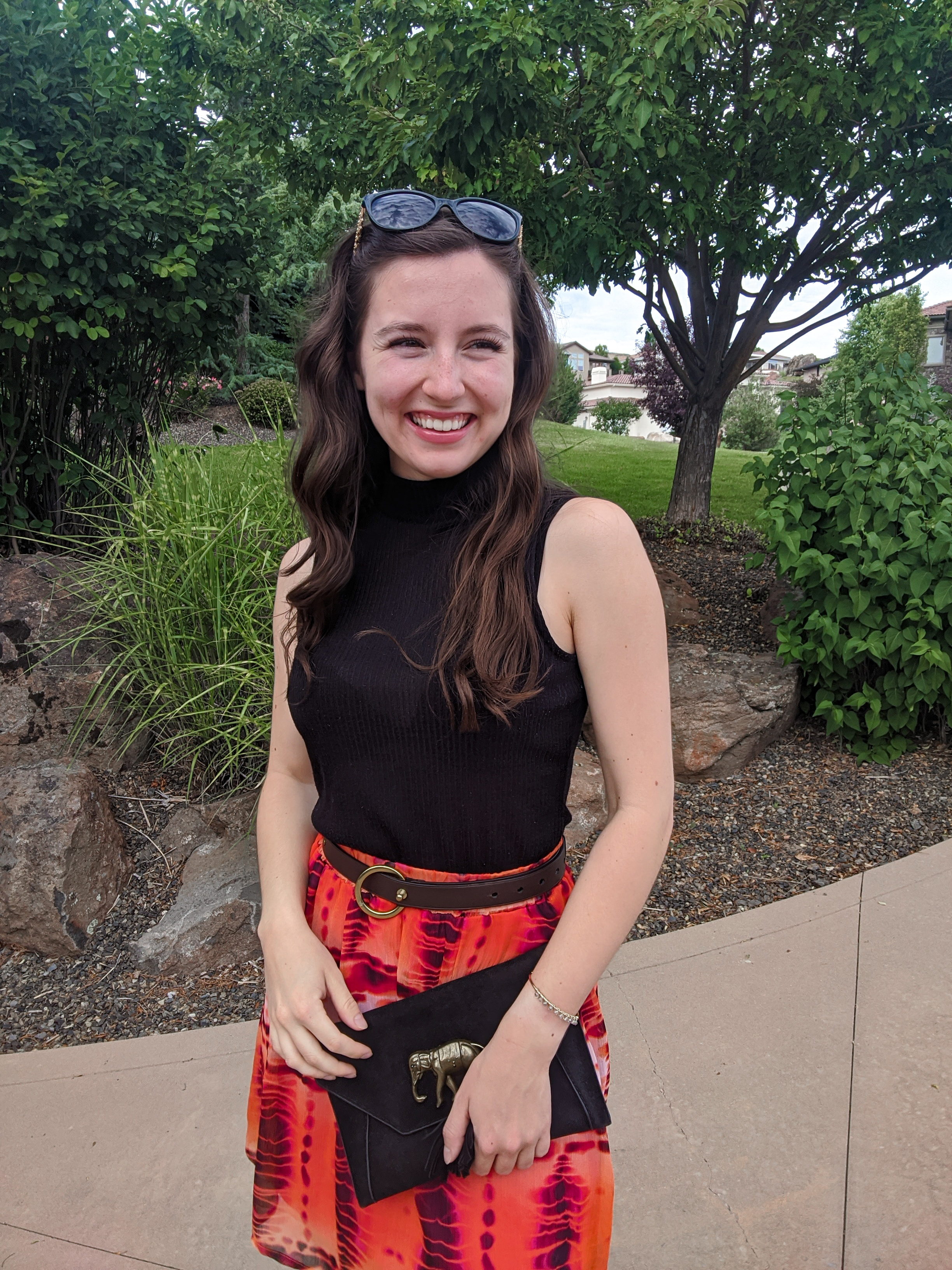 Again, I returned to my photos before being interrupted, this time by two men—what I could only assume was a father-son duo. The father saw me and said, “What is this, a Marcus Scorsese movie?” as he laughed at his own joke.

I gave a confused chuckle and considered the following two questions as the men walked away: Isn’t the director’s name Martin Scorsese? And do I look like Leonardo DiCaprio or a Robert DeNiro mobster character? I haven’t seen a ton of Martin Scorsese films, but I knew the joke didn’t make any sense.

By this point I was almost done with my photos, and the old man in the red shirt with the cane returned. I tried to pretend not to notice him… but he ended up speaking to me anyway. He said, “It’s too dark over here. You need better lighting. Photography is all about the lighting.”

Who does this guy think he is?? I think I would know more about photography than he does. (At least, that’s what I told myself… But honestly, I don’t know anything about photography. I’m actually quite bad at it, as evidenced in most of my blog photos.) Regardless, the unsolicited advice still bothered me. But it didn’t bother me as much as what I saw next… As the man walked slowly away with his cane, I noticed him pick up the cane right before he left eyeshot. He stuck it under his arm like Parisians do with baguettes, and he walked perfectly normally out of view… as if he had no limp at all. *cues eerie music*. Now that’s some serious Ted Bundy trickery right there. But hey, I lived to tell the tale. 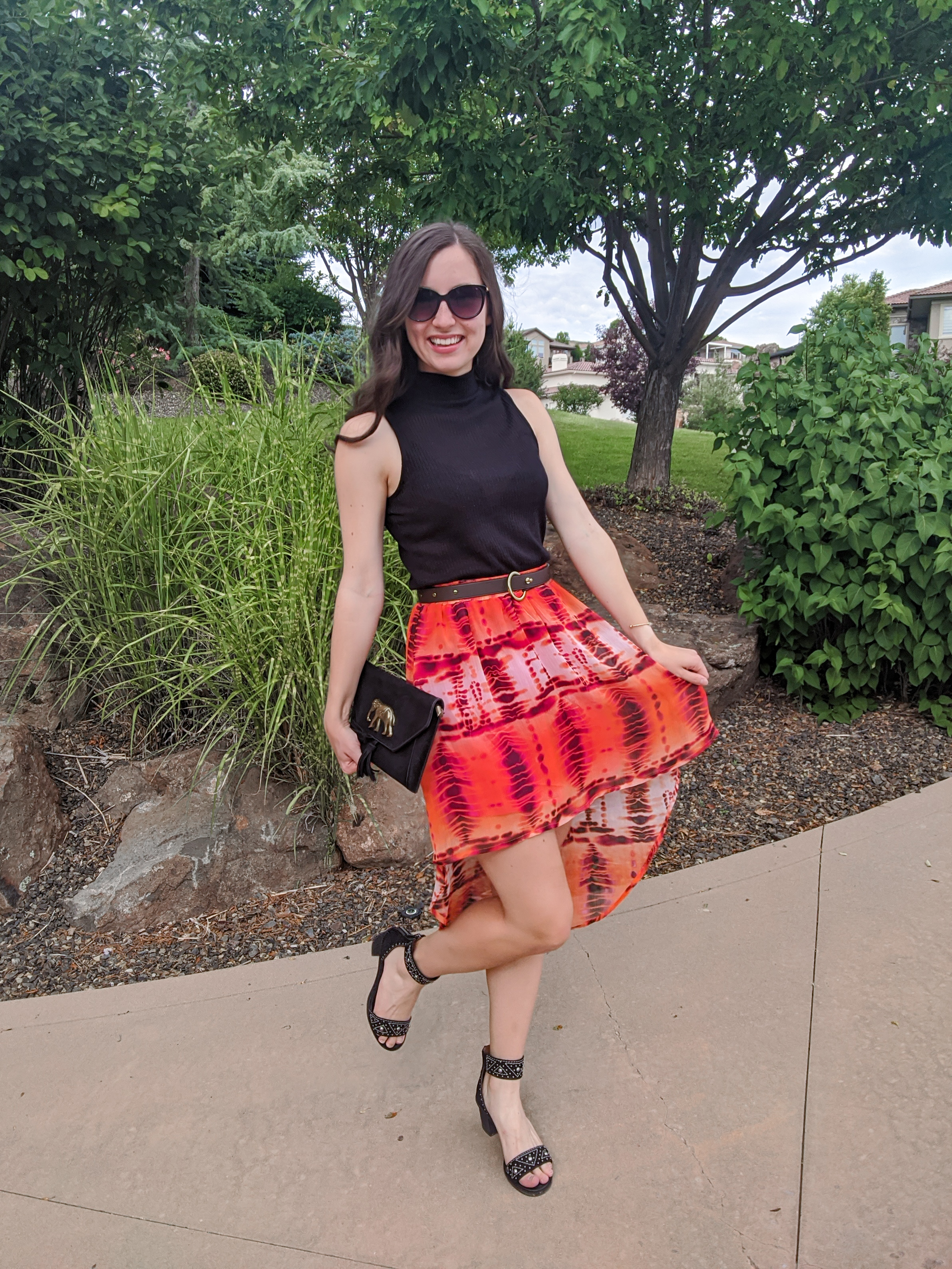 Bizarre right?! I usually get one or two stares when taking blog photos, but I’ve never had such a distracting and eventful photoshoot before. Anyway, I wanted to say a quick blurb about this outfit. I lovvve this pretty orange skirt for summer, and while the high-low trend is as old as this skirt is, you know I don’t think dead trends are a reason to stop wearing an item (but maybe that’s why I’m not a very successful fashion blogger! lol). Last time I wore this skirt on the blog, I paired it with a black cami, sandals, and a hair flower for vacation/beach vibes. This time I wanted my outfit to be a little saucier, so I wore my favorite black studded heels, a thick brown belt, and my go-to elephant purse from Francesca’s. This would make a super cute date night outfit, but I would wear it in the daytime just as well (although maybe swap the heels for flat sandals).

If you’re a blogger, what’s the weirdest thing that’s ever happened to you while taking photos??? I would love to hear your bizarre stories! I hope you enjoyed this goofy post and that your Monday is off to a great start (and hopefully involving a fabulous outfit).

31 comments on “The Weirdest Photoshoot Ever…”