By Graceful Rags in Summer Outfits, Travel on August 22, 2019
5 comments 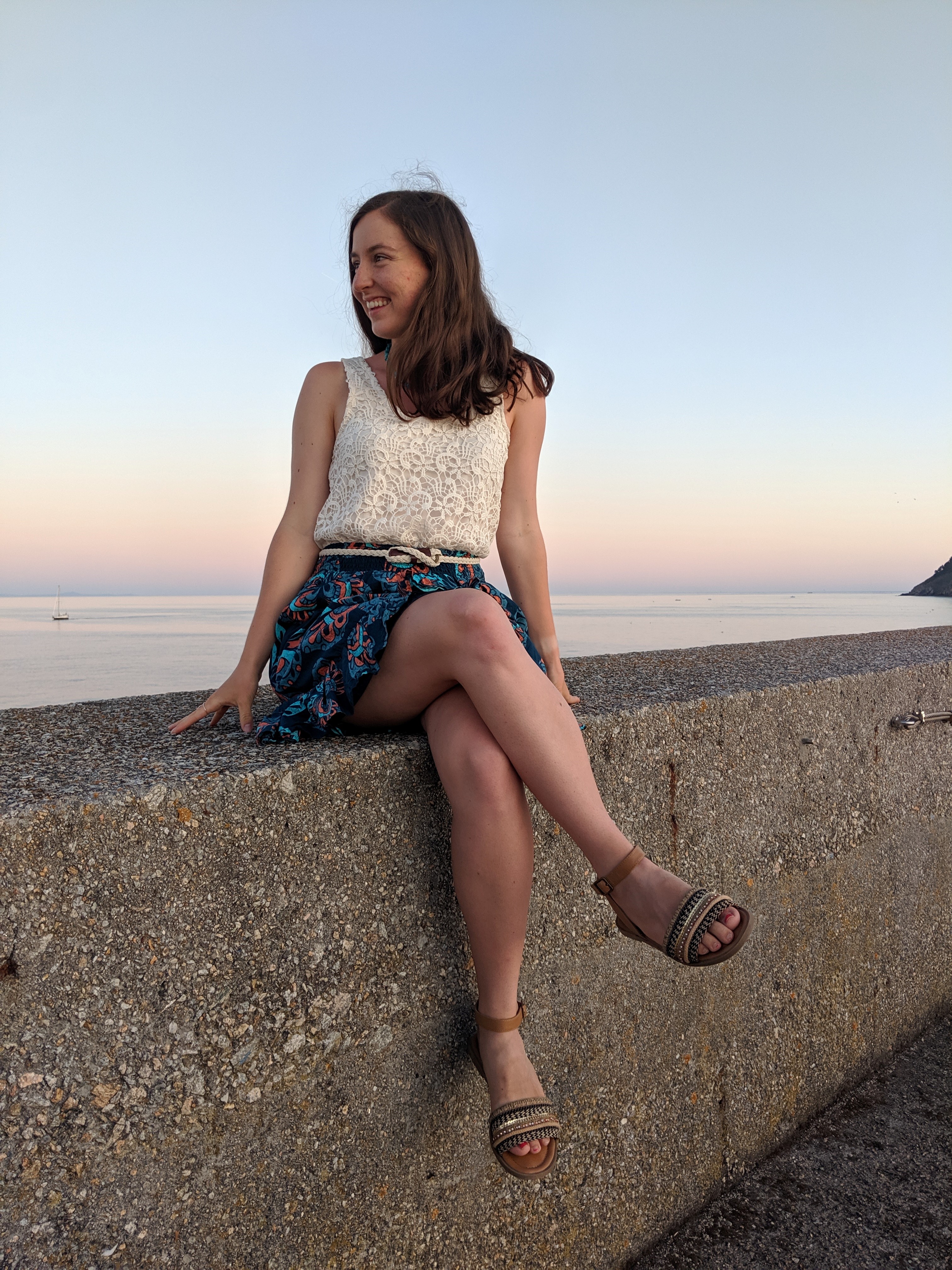 After my brother and I finished walking El Camino de Santiago, the rest of our family met us in Spain for a road trip across the country—first stop, Muxia and Finisterre! While the traditional end of the Camino is in Santiago, many pilgrims choose to continue walking an extra three days to either Muxia or Finisterre to see the ocean (and the mile marker that says 0 kilometers left!). So…my brother and I took the easy way out and drove there in a quick hour and a half instead. Ha! 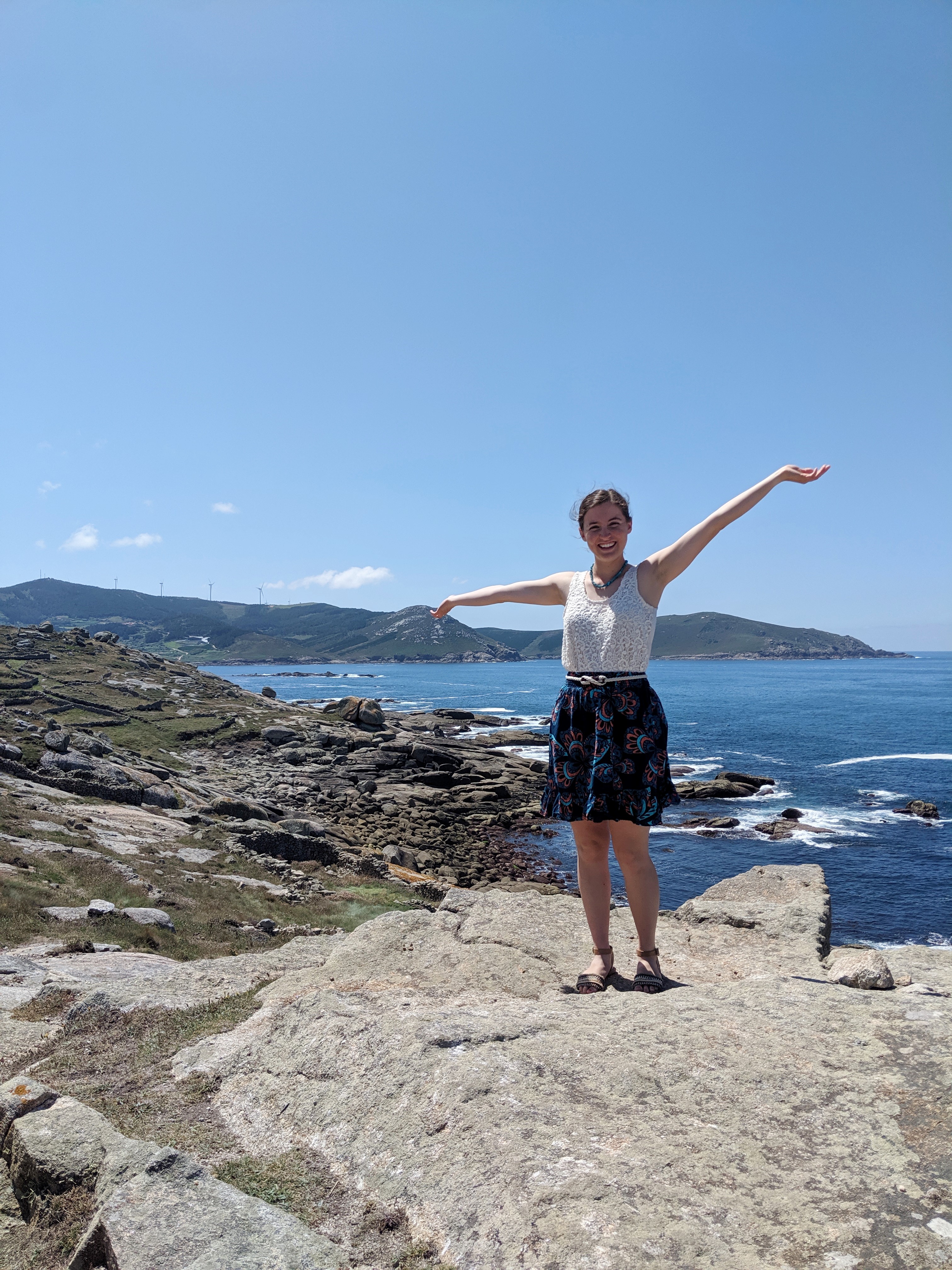 We first stopped in the small coastal town of Muxia. Had we wanted to stay here longer, there were some gorgeous sandy beaches to lounge on and explore. Instead, we drove right to the edge of town and walked even farther to where the massive, uneven rocks met the seemingly calm waves of the Atlantic Ocean. We have now been on both sides of the Atlantic!

Like much of Spain, Muxia is filled with rich history, religious and otherwise. There was a lighthouse, a church, a few vendors to shop, and a couple of other old buildings located at the end of the land where we walked. The church, Nosa Señora de Barca or “Our Lady of the Boat,” is where St. James’ remains are said to have been miraculously discovered, after being taken in a boat to Muxia following his beheading by the Romans. Now, his remains have been moved to the Cathedral of Santiago, where thousands of pilgrims walk each year to hug the statue of St. James (aka Santiago) and pray before his remains.

Both Muxia and Finisterre are part of La Costa da Morte, or “The Death Coast,” due to the many shipwrecks that have happened on its rocky shores. Isn’t it crazy to think about all the boat fragments that remain resting on the bottom of the ocean here? How mysterious! Not to mention, the perfect place for Ariel to explore and expand her treasure cove… just saying. After soaking in the ocean breeze for a little bit, we walked back to our car and continued on to Finisterre. The main street of Muxia looked hopping with lots of interesting restaurants—it seemed like a cute place to have lunch! The photos where I have my hair up (pics 2, 6, and 9) were taken at Muxia. While the rocky shore might ruin ships, the wind ruins hairstyles, so if you ever visit you should tie that mane back! 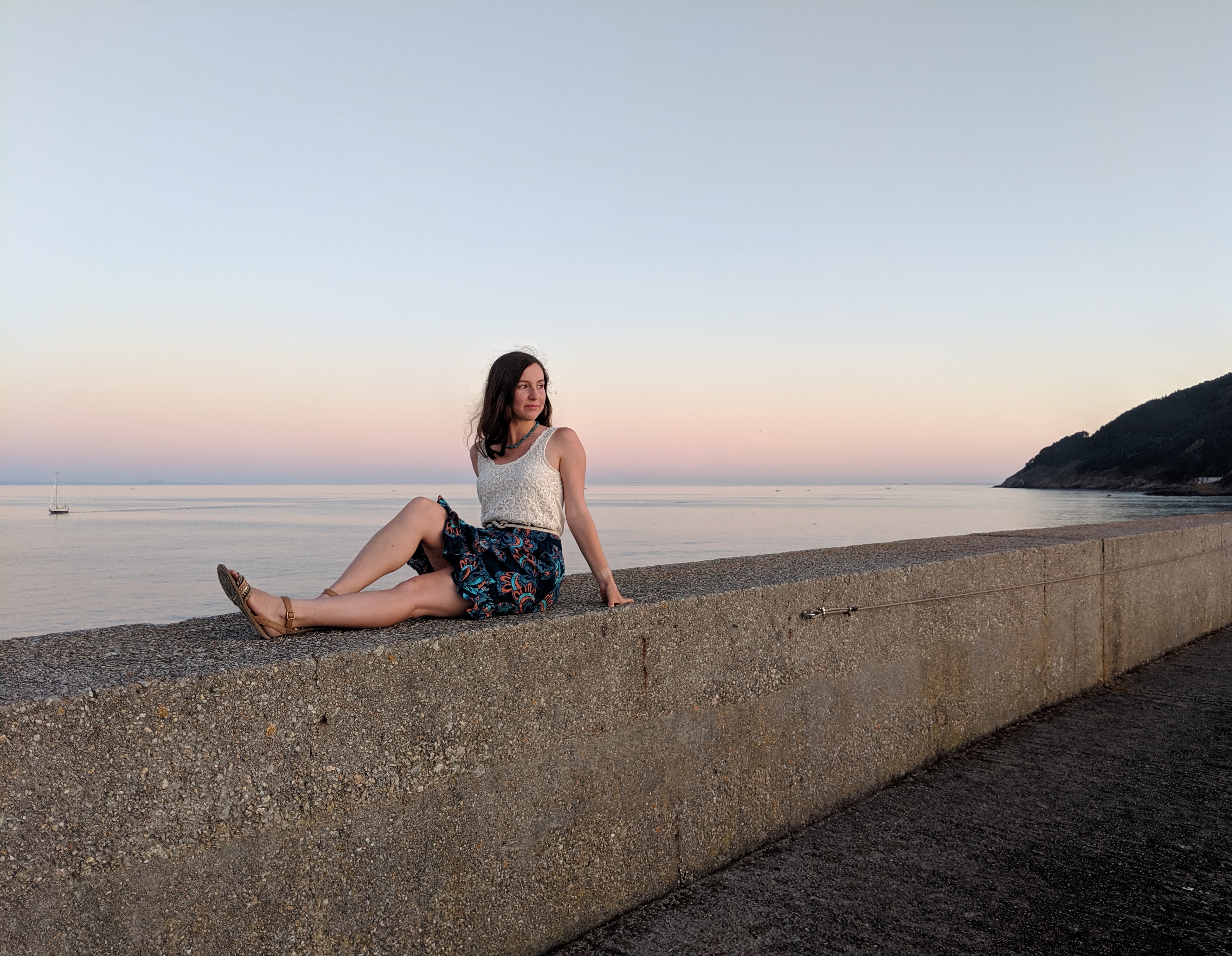 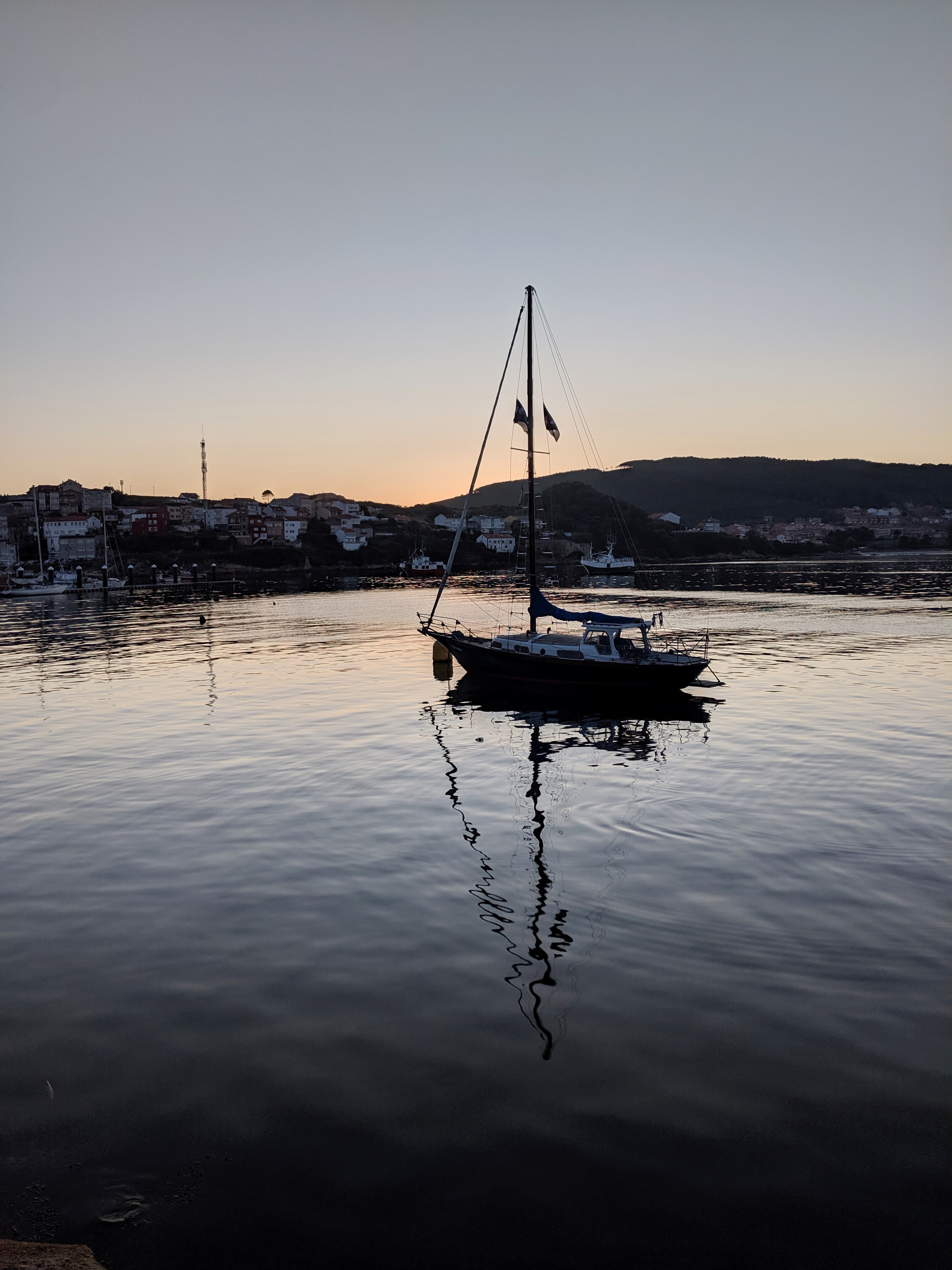 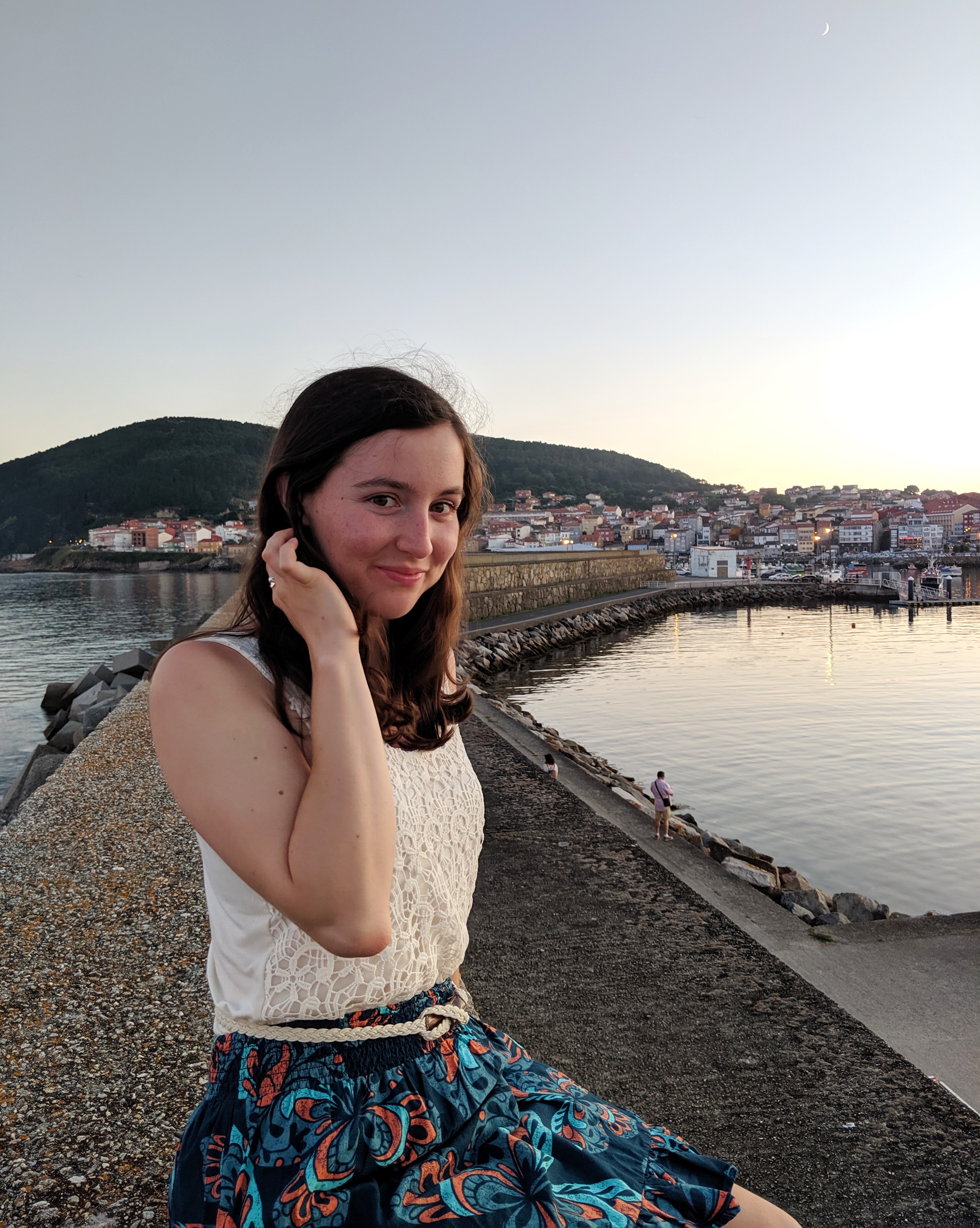 After Muxia, we drove a little more than half hour to Finisterre, or Fisterra, as it is known in Gallego (the dialect of the region Galicia). Finisterre translates to “The End of the World” in Latin! How cool is that? This coastal town was bigger and seemed a little more hoppin’ than Muxia, but you could definitely feel more touristy vibes than a lot of the cute, clean towns of Spain. We first checked into our hotel and then walked around town on a mad hunt for food, trying to avoid the dangers of hanger. But, of course, we ventured out right as restaurants were beginning to close for siesta time… Ugh, tourists. After hearing a lot of “no”, we finally found a restaurant that continued serving food (not just alcohol) during the siesta period. Was the food more Italian/American than it was Spanish? Yes. Was I okay with eating food not traditional to the country, just this once? Yes. I had already been in Spain for 34 days by this point—all ya’ girl needed was a dang pizza! 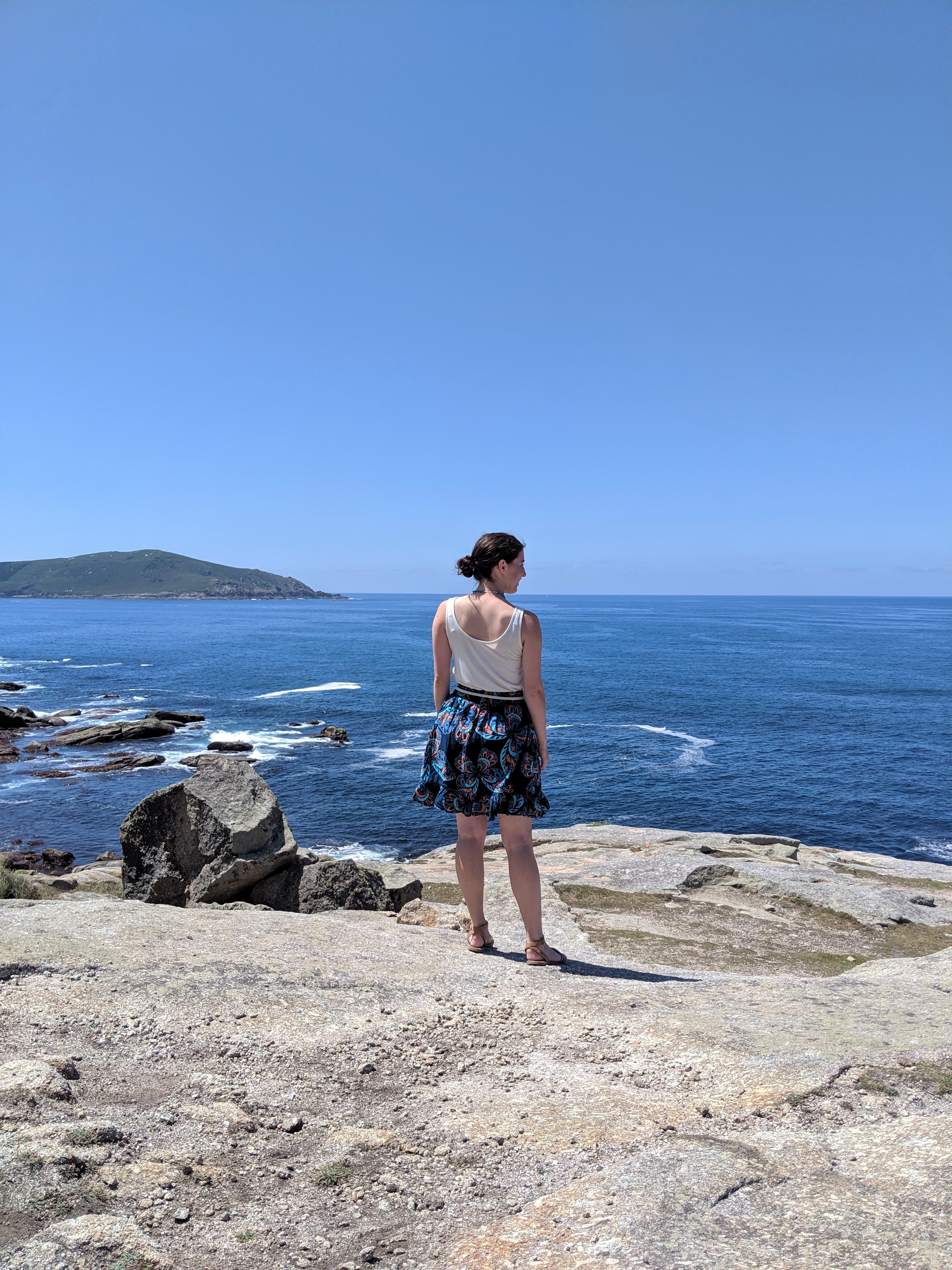 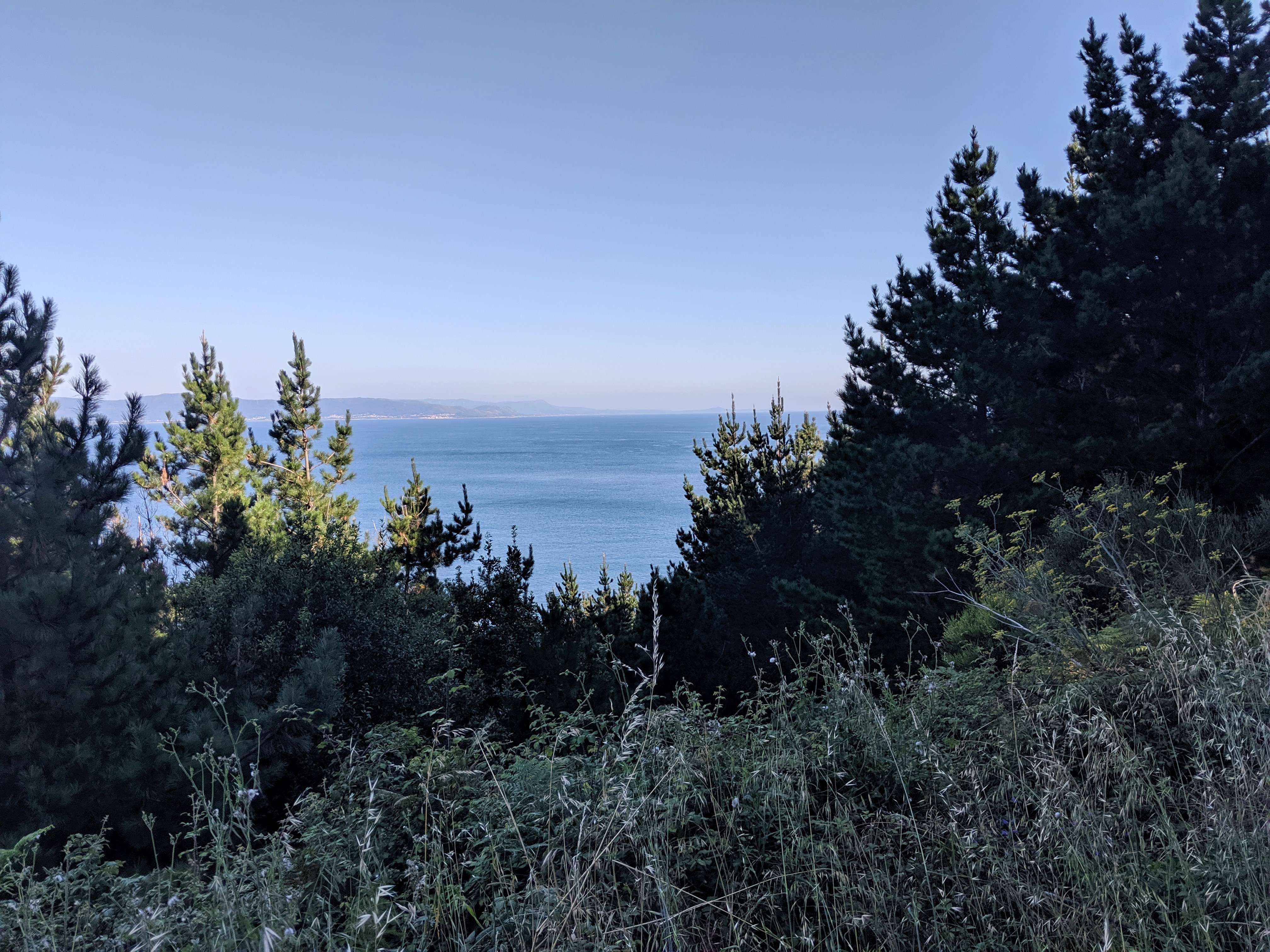 Afterwards, we walked along the water through the town, meandering by a weird circus/fair type thing with clowns painted everywhere (Georgie, is that you?) and a food festival which was…you guessed it…basically closed for siesta time. We decided to walk the 2.5k up to the cape, the official End of the World, where the way marker said 0km (!!!). Sure, I didn’t walk the almost 90k to Finisterre from Santiago, but it still felt so cool to see that way marker, which had guided me for 33 days to Santiago, finally say that there was no more land to walk. 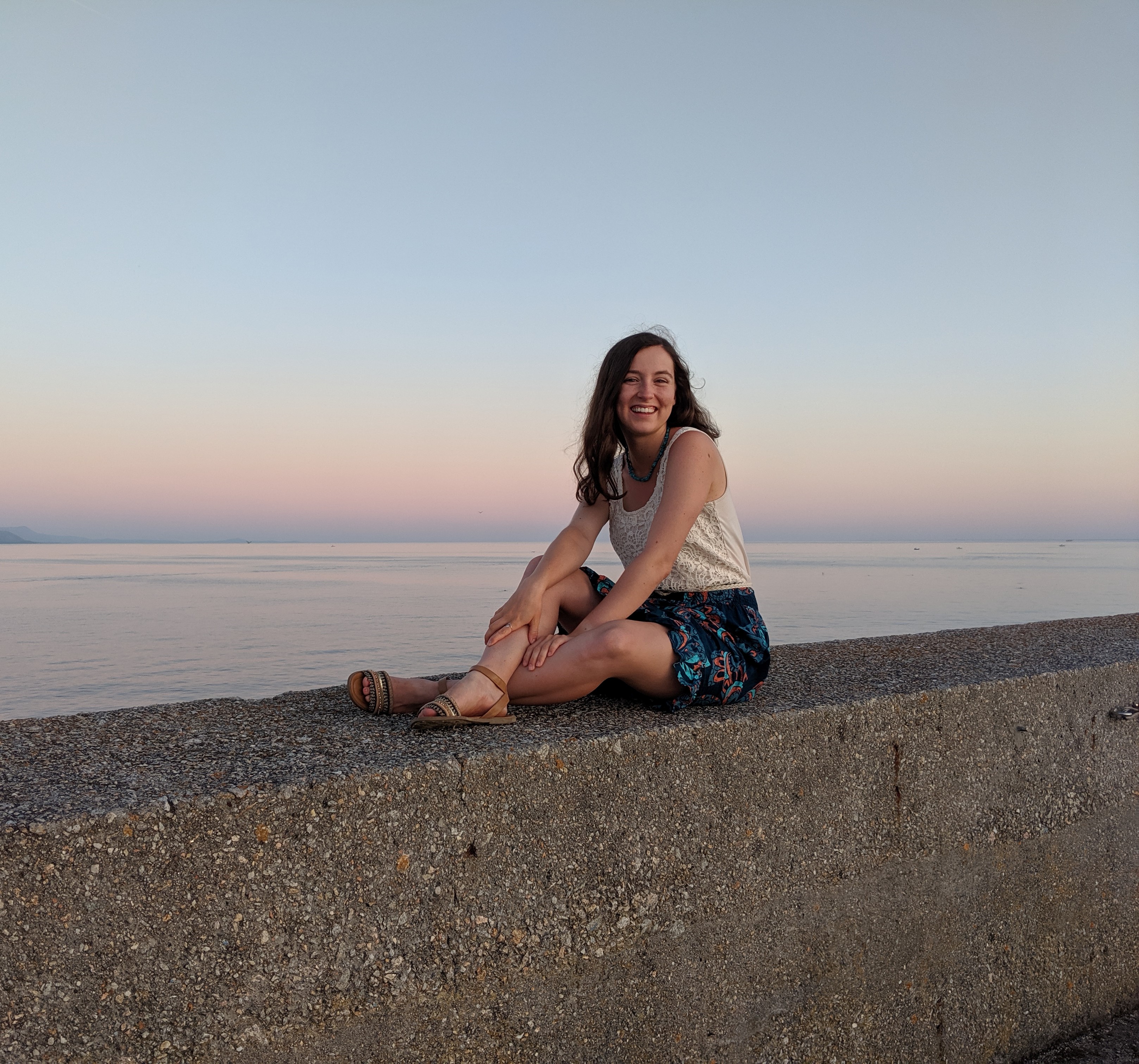 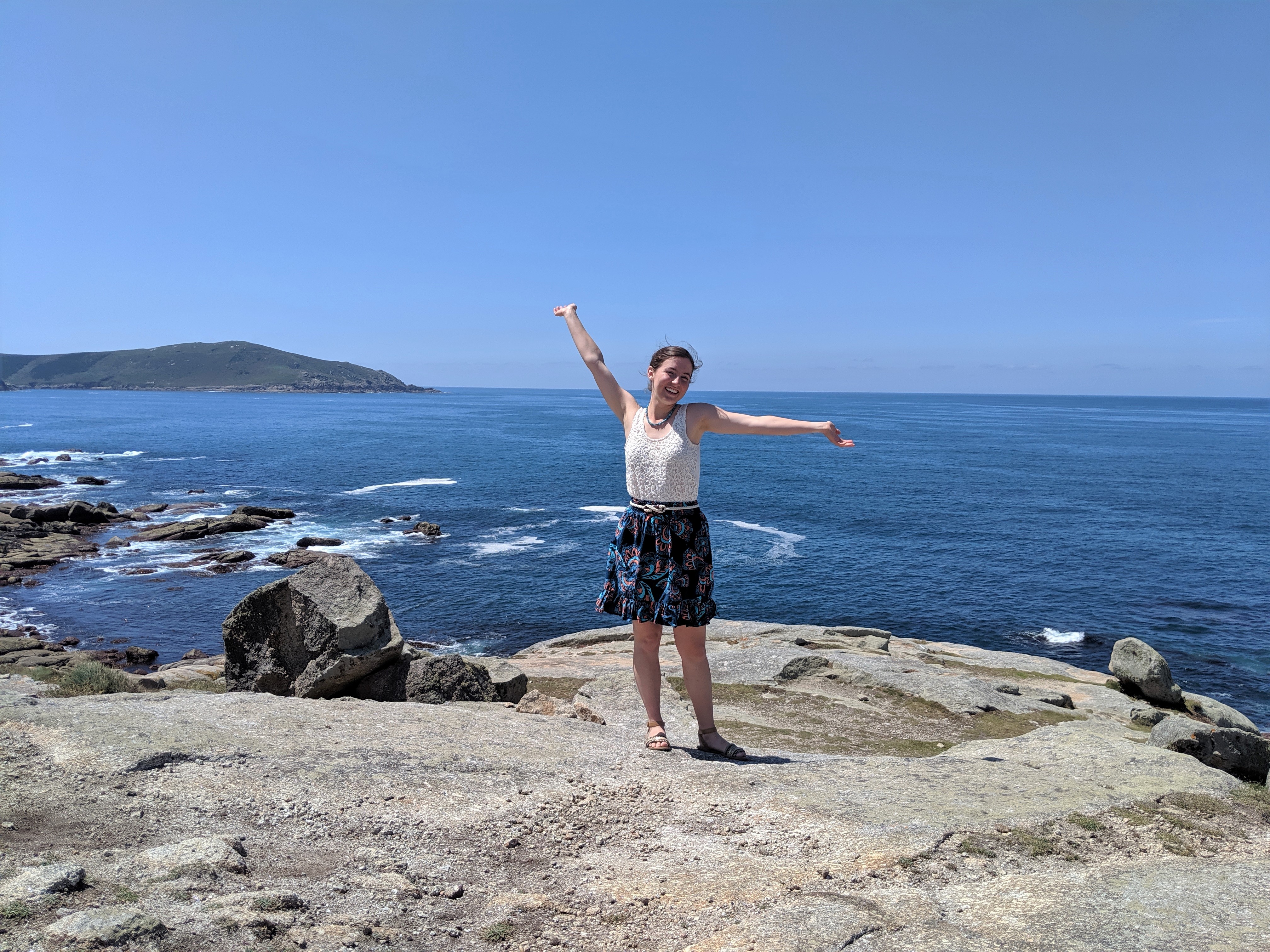 I wanted to have “a moment” once we reached the top of the cape an hour and a half before sunset, but the many tourists around (loud and dirty) made it hard to take in the natural beauty and serenity of the place. Thankfully, the next morning we drove up to the cape to see it again during sunrise, where there were only three other people there and we could truly appreciate its beauty. Then felt like the right time to have a moment. 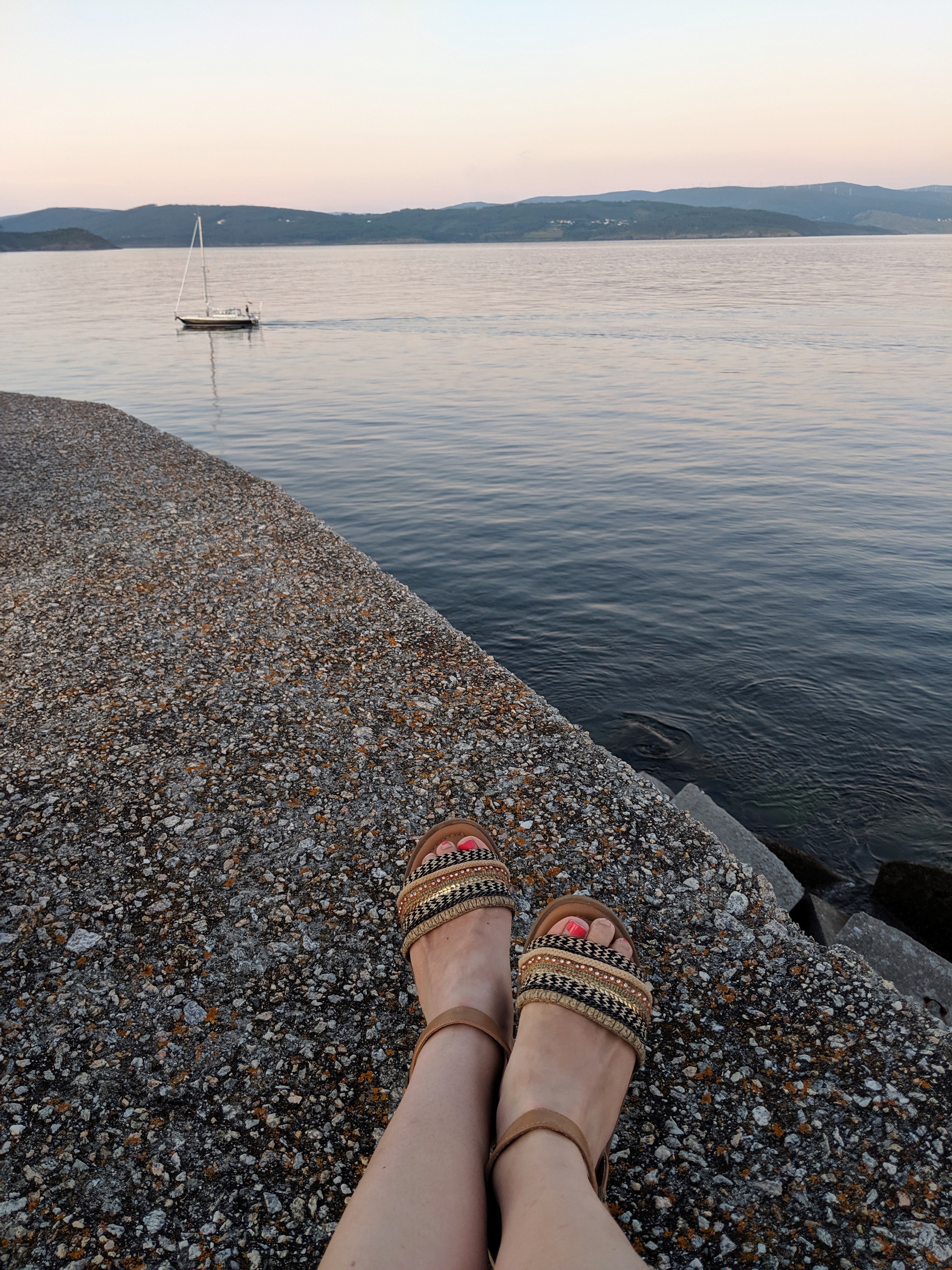 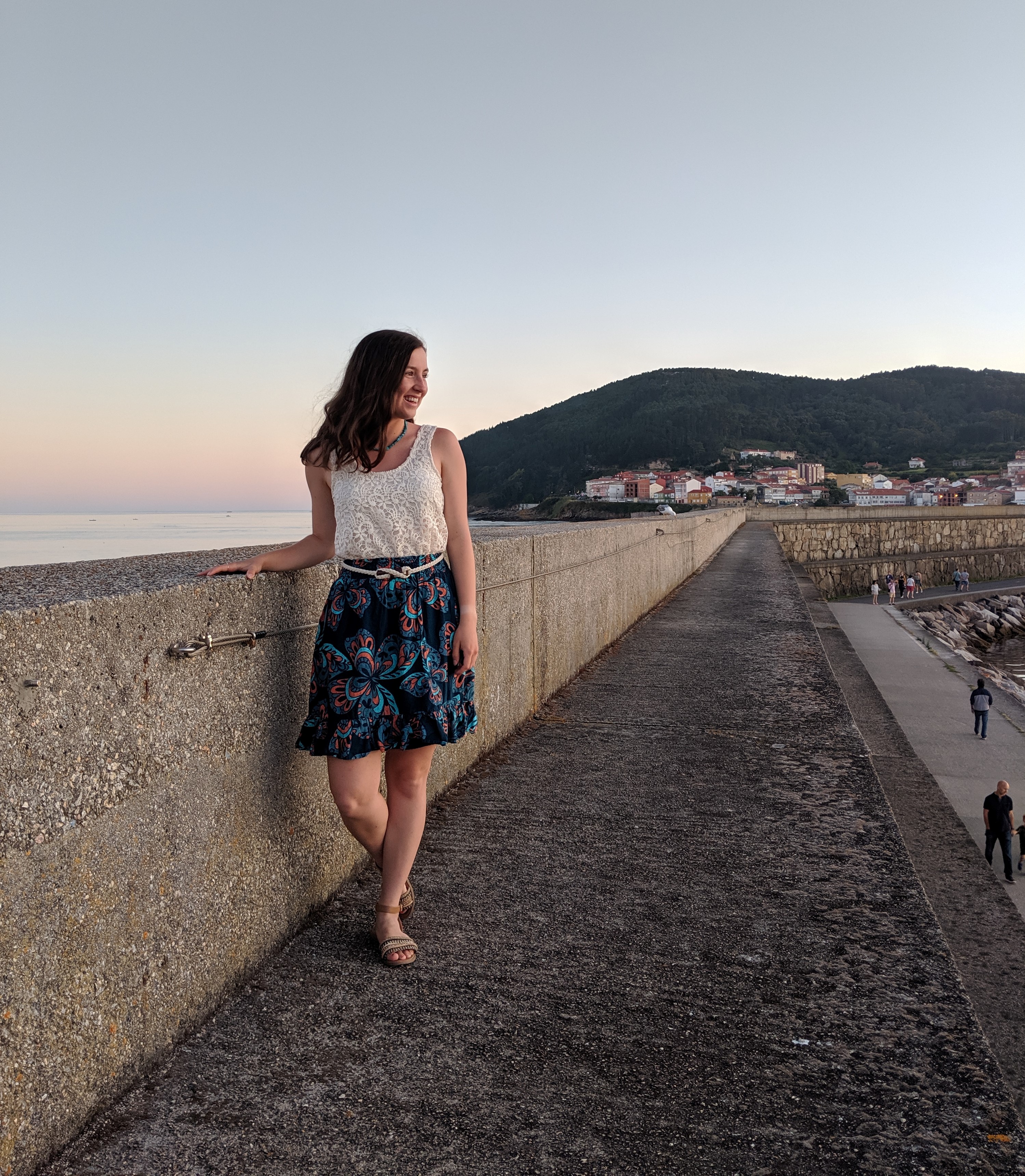 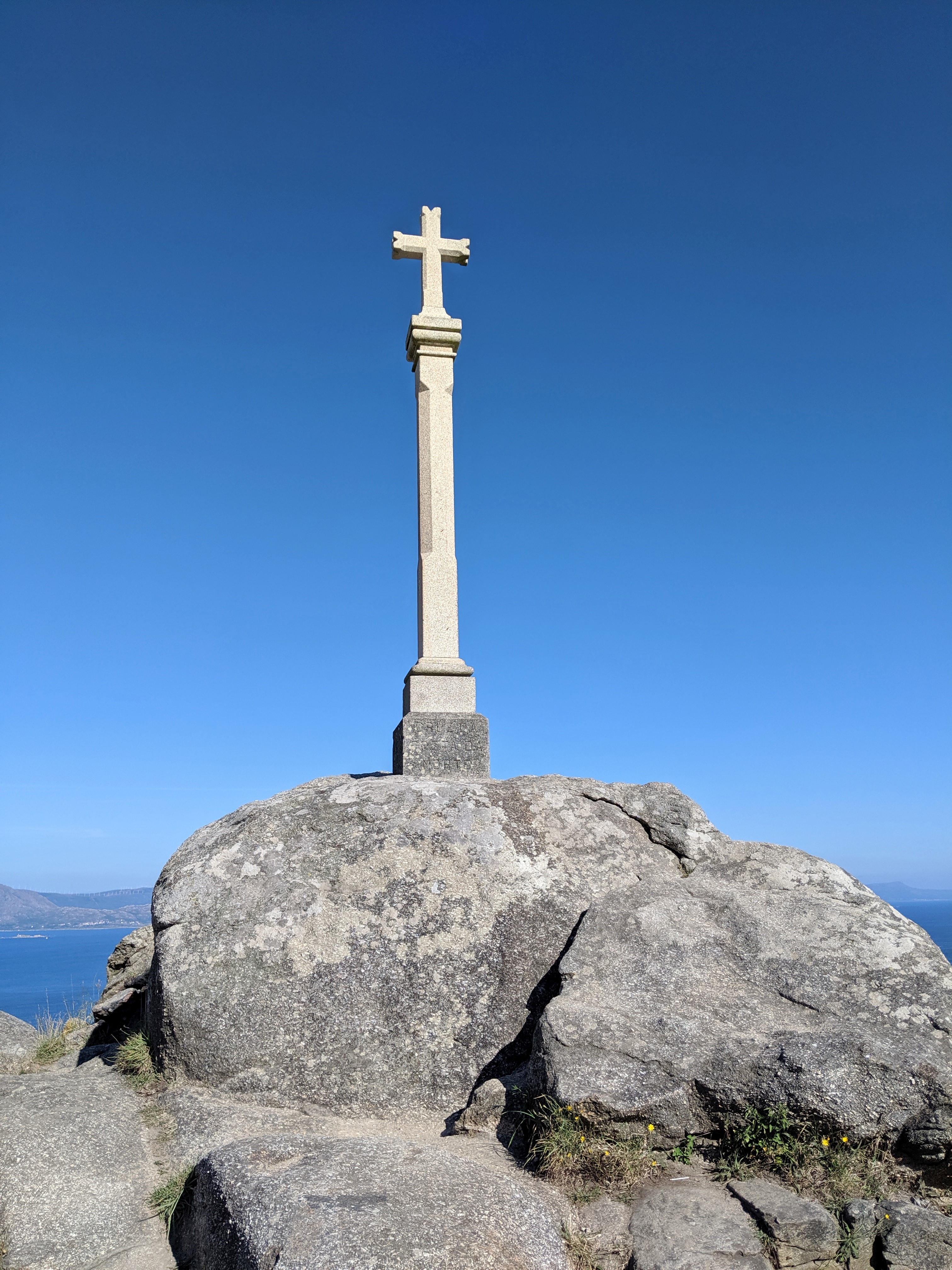 That night, after walking back from the cape to our hotel, I decided I was having a hankering for ice cream. So like one does, I did a Google Maps search for the nearest ice cream shop, double checked to make sure it was open, and then plotted a course. My two brothers, dad, and I made the 7 minute trek back into the center of town, mouths salivating, only to find that the ice creamery was closed! Even though it explicitly said it was open online! Grrrrr… You should never get between a girl and her ice cream. Unfortunately, these frustrating discrepancies between store hours online and in person were a common thing throughout Spain. Beware!

Despite my agitation, the 4 of us decided to go on a nice walk instead to enjoy the beautiful sunset…and thus, these photos were born. We strolled (illegally, I might add) along this ocean wall to take in the magnificent views. If I wasn’t careful, I thought I might just fall off the edge of the world! Ultimately, it turned out to be a pretty nice ending to a “meh” kind of day. 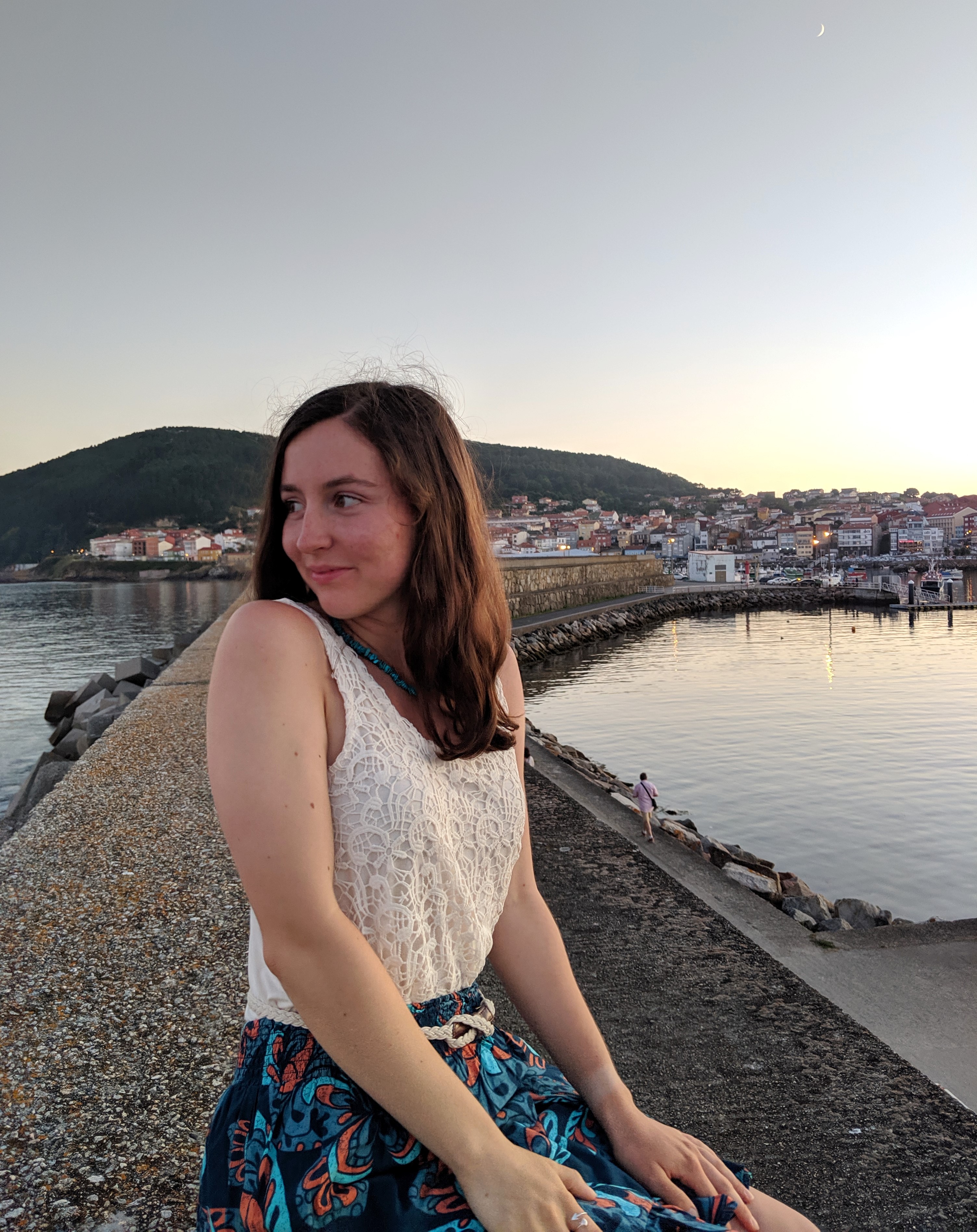 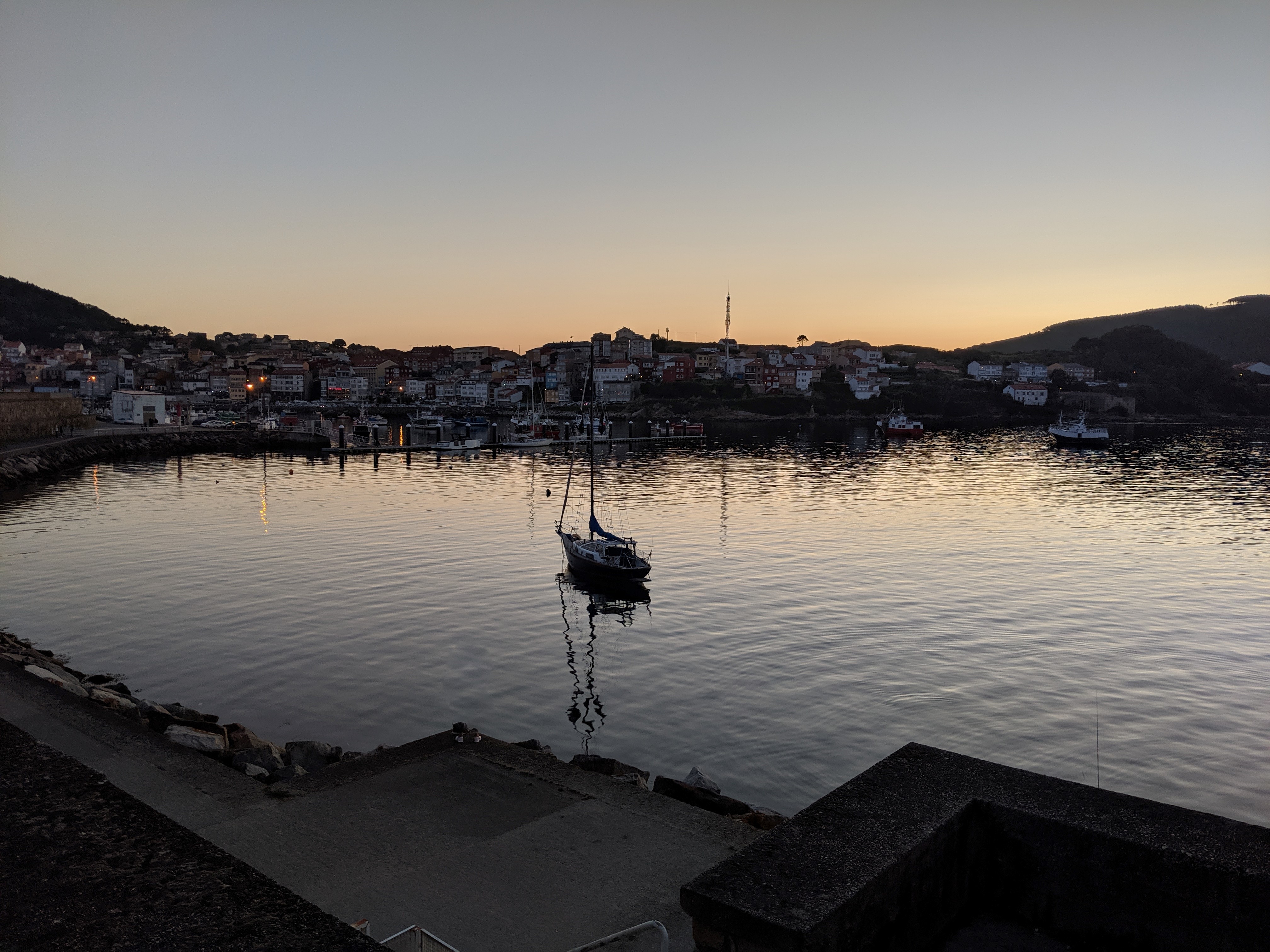 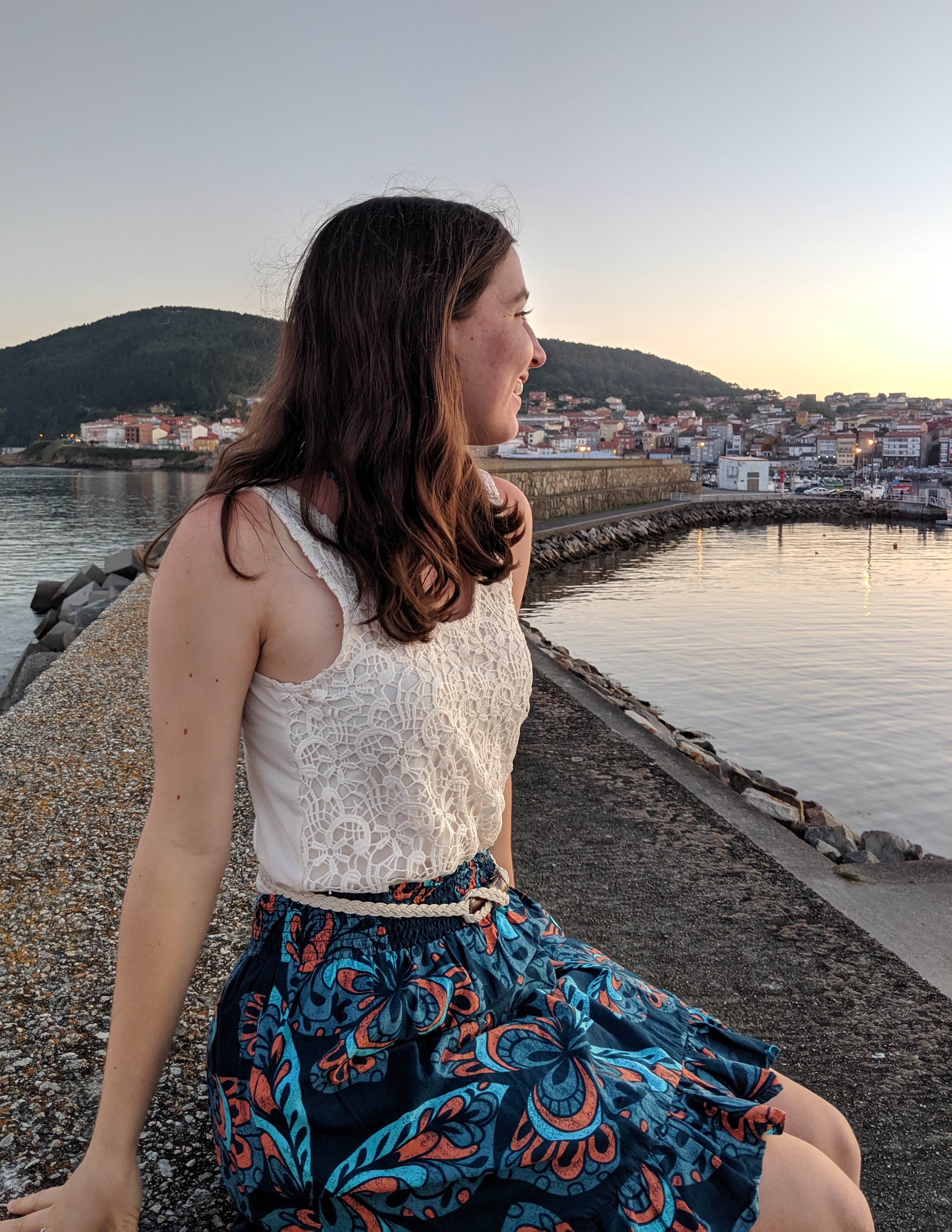 Have you ever been to Spain? Where did you go, what did you do, what did you WEAR? Tell me all about your trips in the comments below! And of course, have a great Thursday.

P.S. Does this skirt and pair of shoes look familiar? You can really see my capsule wardrobe happening between this post and Monday’s, ha!