Strutting Fearlessly Into the New Year 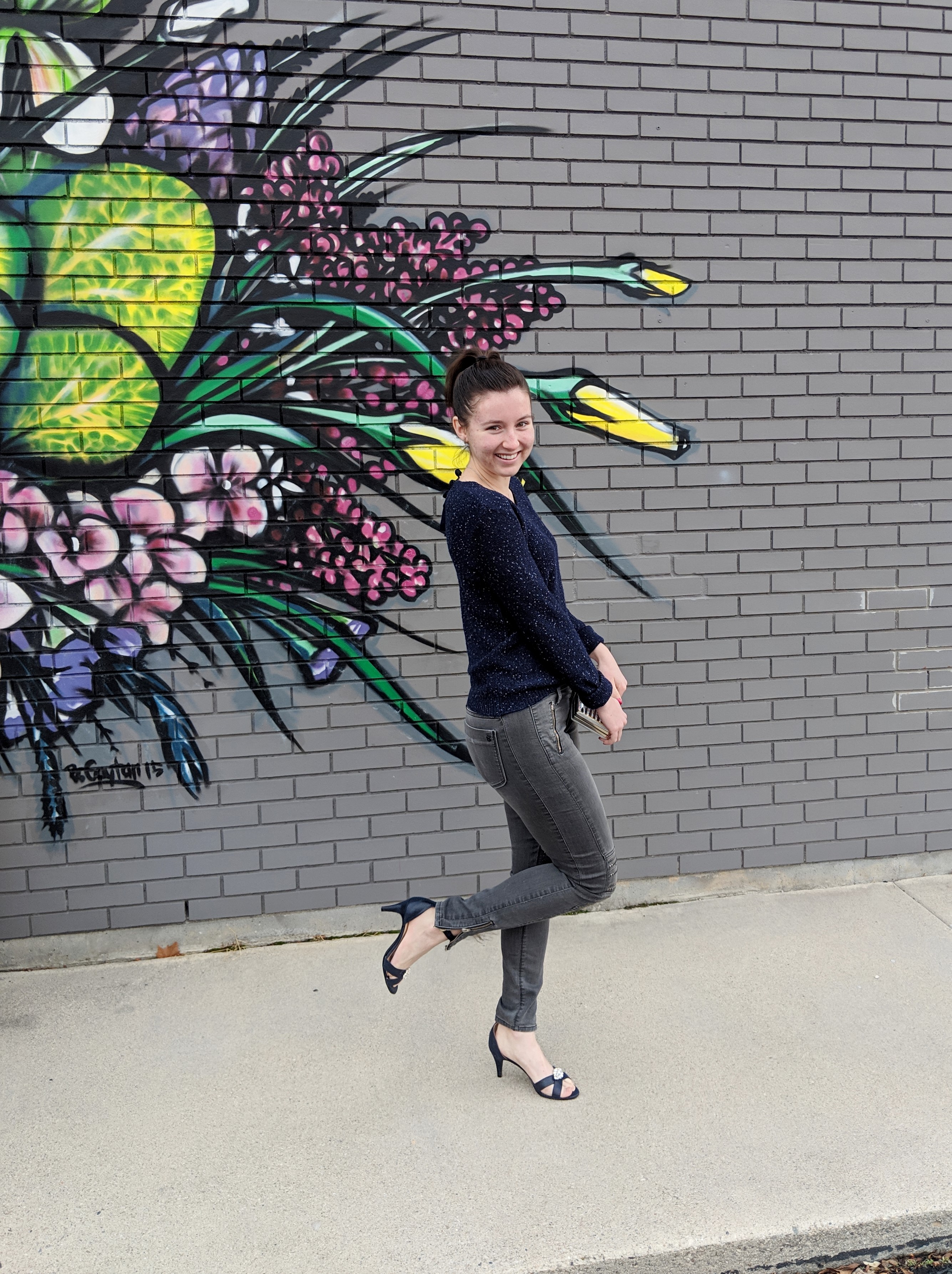 Today I want to delve head-first into one of my favorite topics, something I often think about but have yet to address on the blog: fear. But before I jump into that scary stuff (see what I did there?), I want to mention how perfect this outfit would be for New Year’s Eve. As I’ve mentioned in the past, I never really have an appropriate venue to wear an all-out sequin dress with severe makeup and an edgy hairstyle; usually, my NYE consists of having an awesome movie marathon with my family and popping those Martinelli’s bottles at midnight. Cozy and casual, but not without its sparkles. Because duh—whether you’re just chilling with friends and family at home, going blacklight bowling, or attending your city’s most “extra” NYE party, a sparkly outfit to ring in the new year is a must. {Sparkly sweater + favorite skinny jeans + glitzy accessories = outfit perfection.}

To see more New Year’s Eve-inspired outfits, check out the fashionable posts below:

A Casual (But Not Boring) NYE Outfit 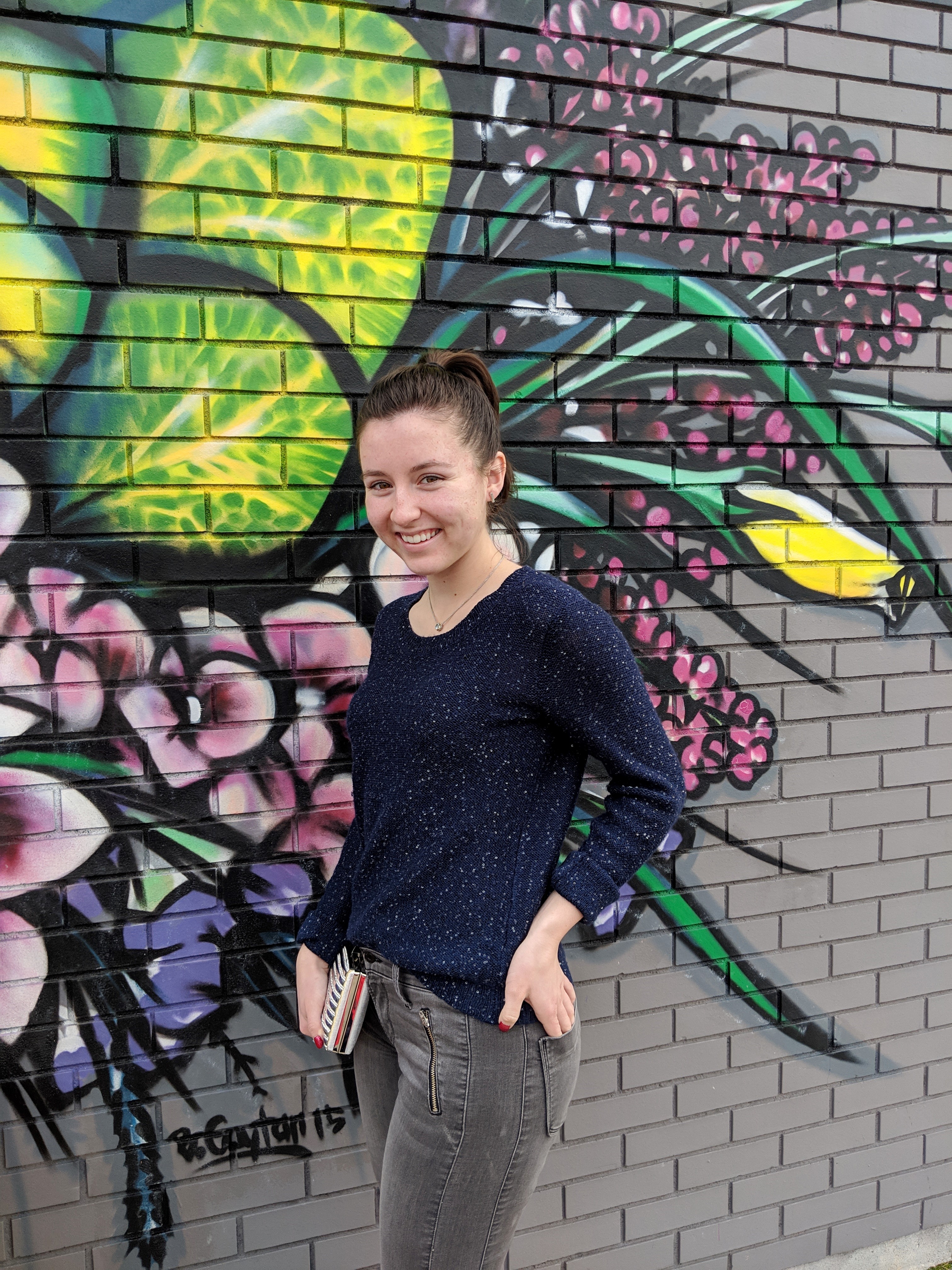 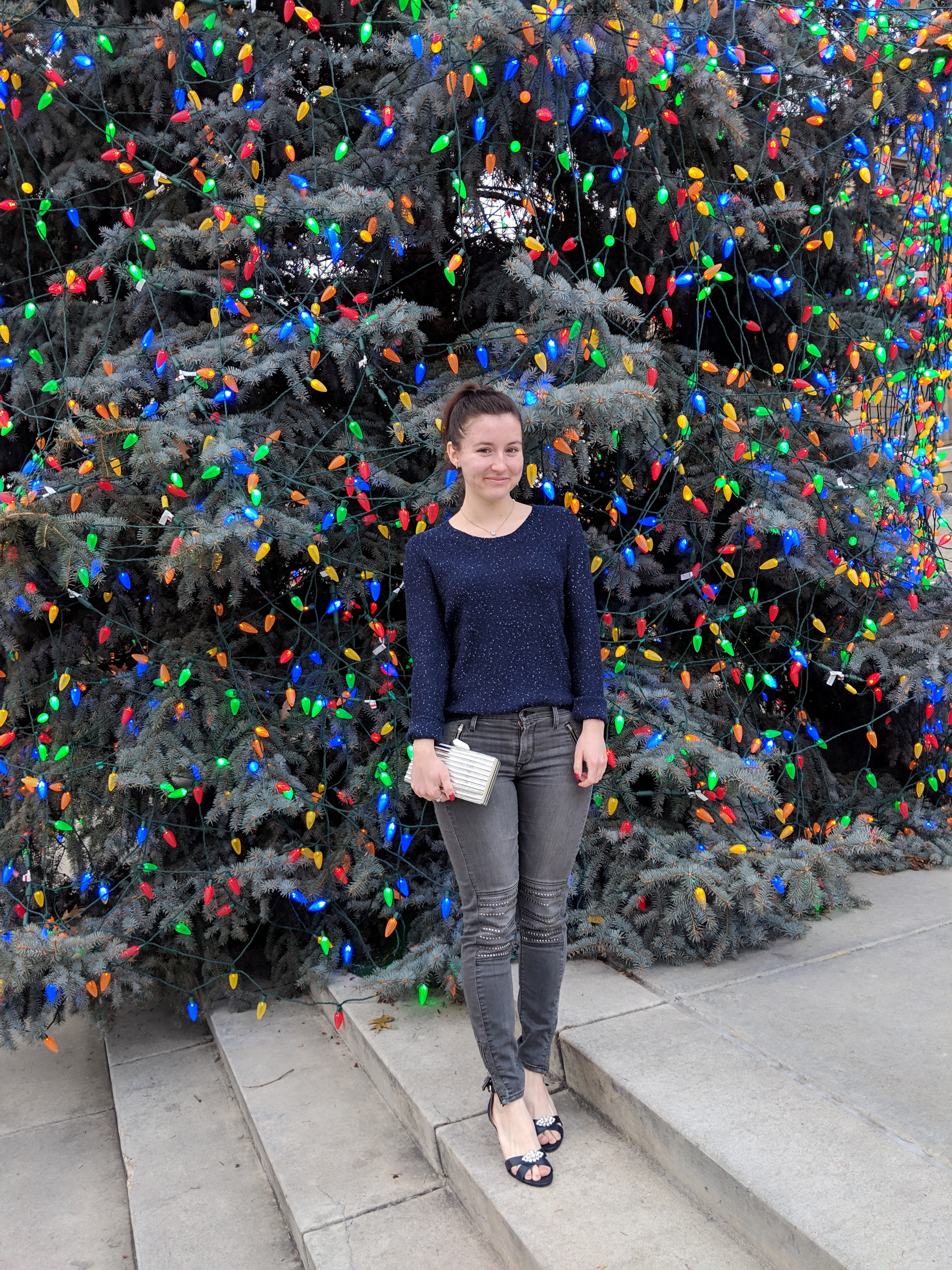 Now that we have all our fashion bases (and bodies) covered, let’s discuss fear. Have you ever been sitting in your bedroom when out of the corner of your eye you suddenly see there’s a huge, hairy spider rapidly crawling across your wall? So then you rush off, grabbing a tissue or your dad or a baseball bat—anything to squash that creature—only to return to find that the spider is missing?! That is straight FEAR ‘cause then the rest of the night you’re worried that little eight-legged fiend is going to scamper down your throat.

But now let’s consider a different kind of fear—the type of fear that inhibits you. Maybe you’re afraid of failing, and that prevents you from chasing your crazy dream to be a fashion designer. Or perhaps you’re afraid of long plane flights, which keeps you from traveling the world that you desperately want to see. Maybe you fear confrontation, so you allow everyone else to walk all over you like you’re a doormat. Let me just tell you, I am afraid of a lot of things. I fear roller coasters, I fear a national shortage of bacon, I fear that I’ll never live up to others’ and my own expectations for myself. 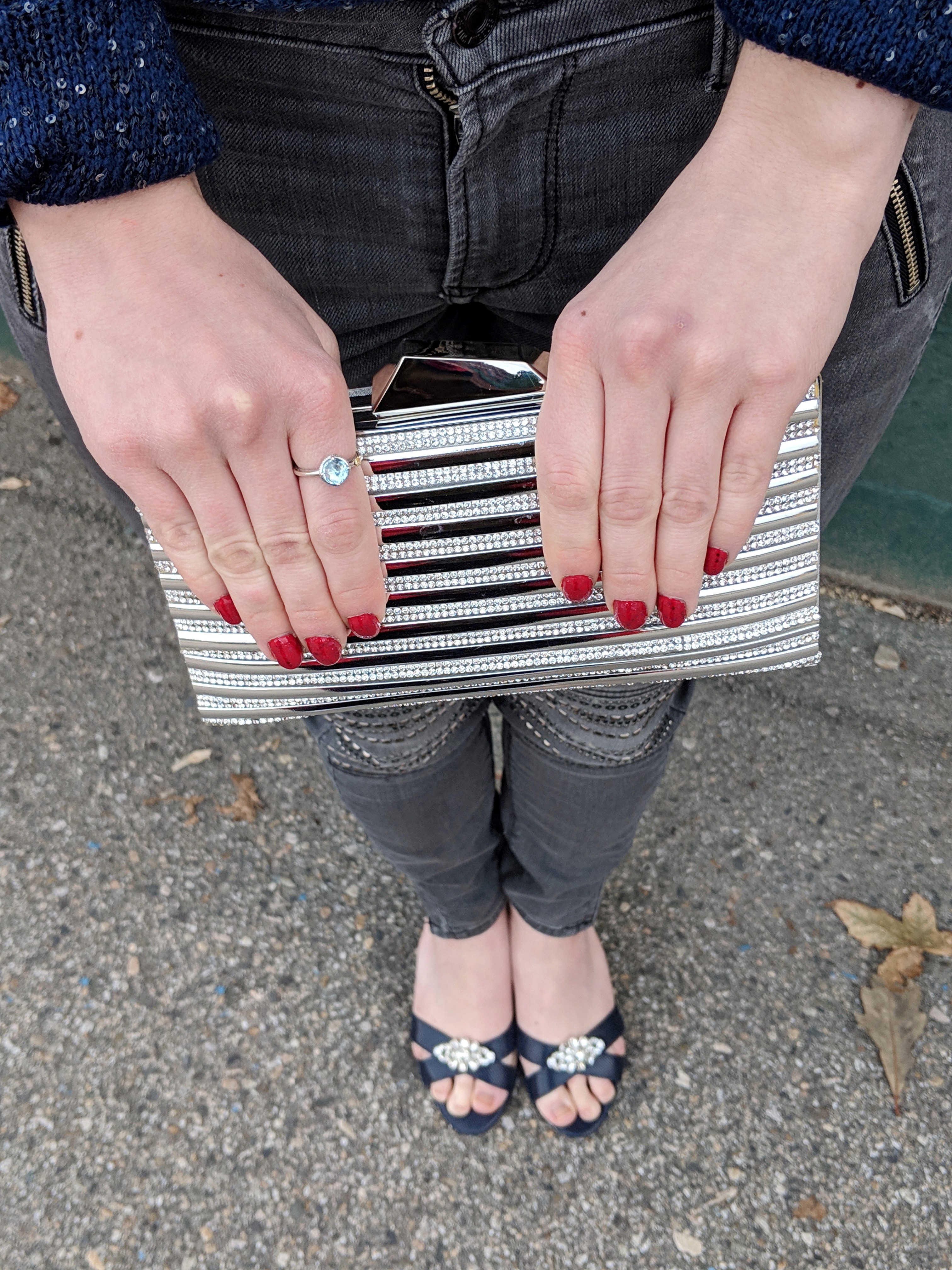 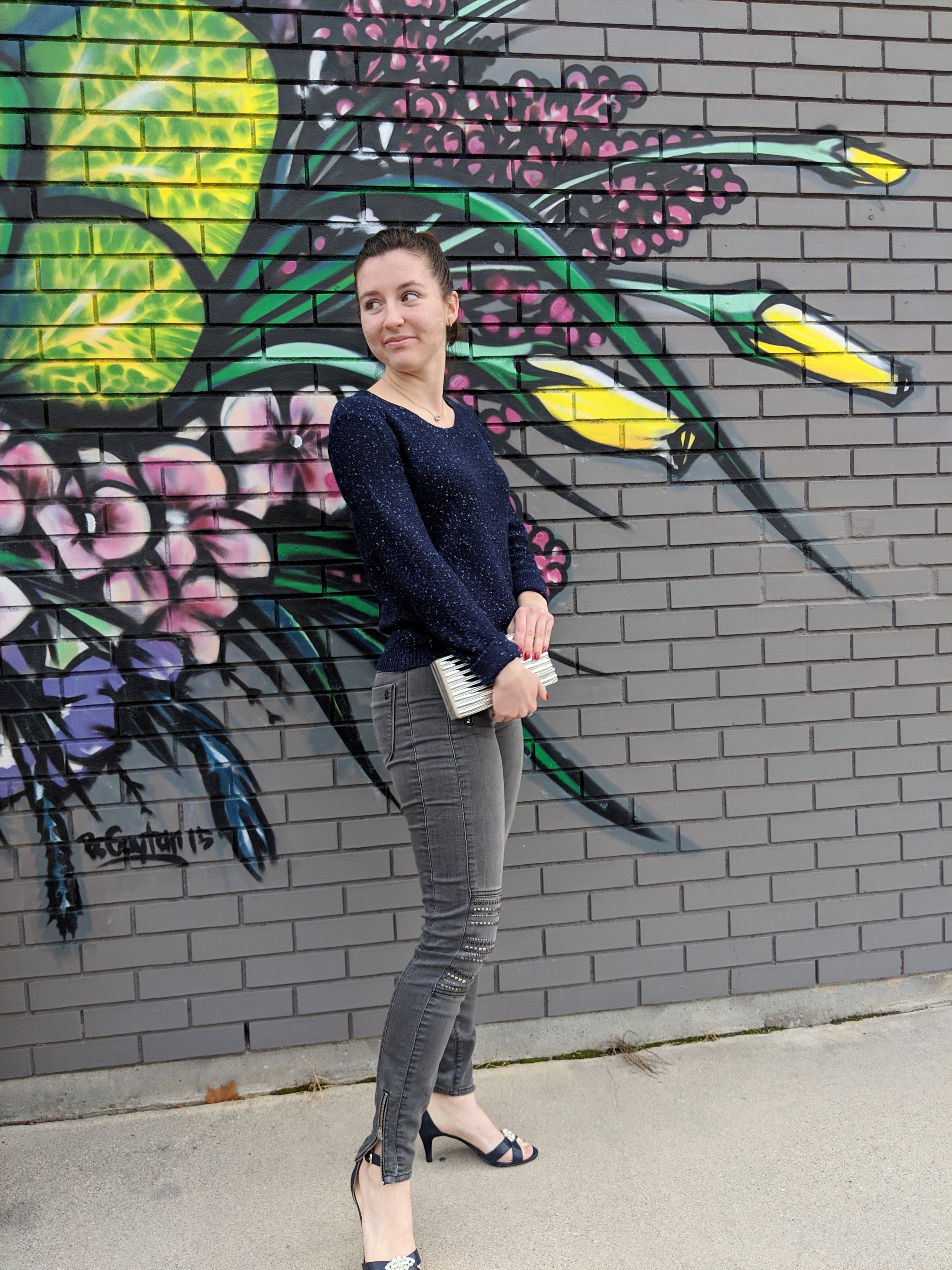 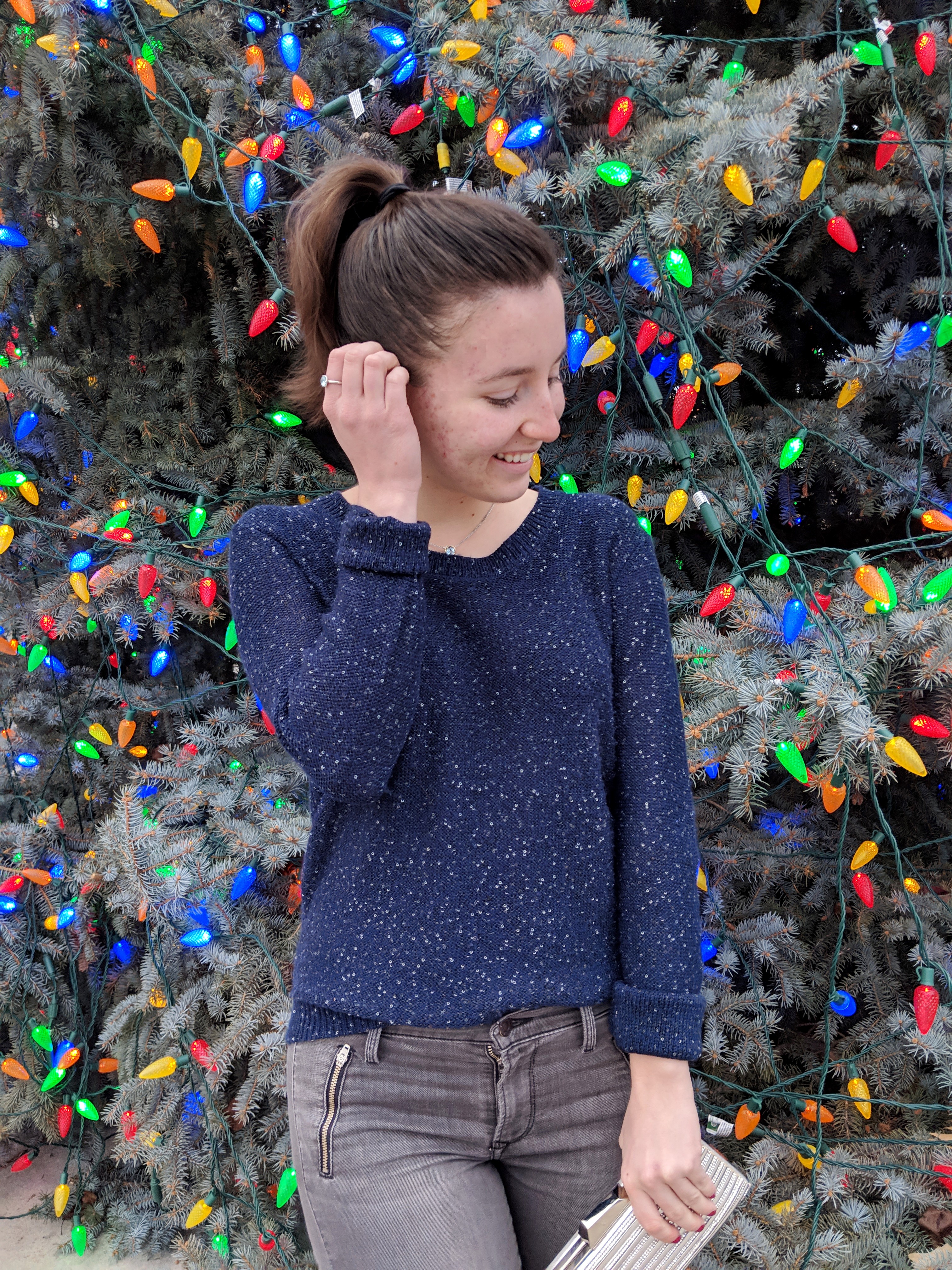 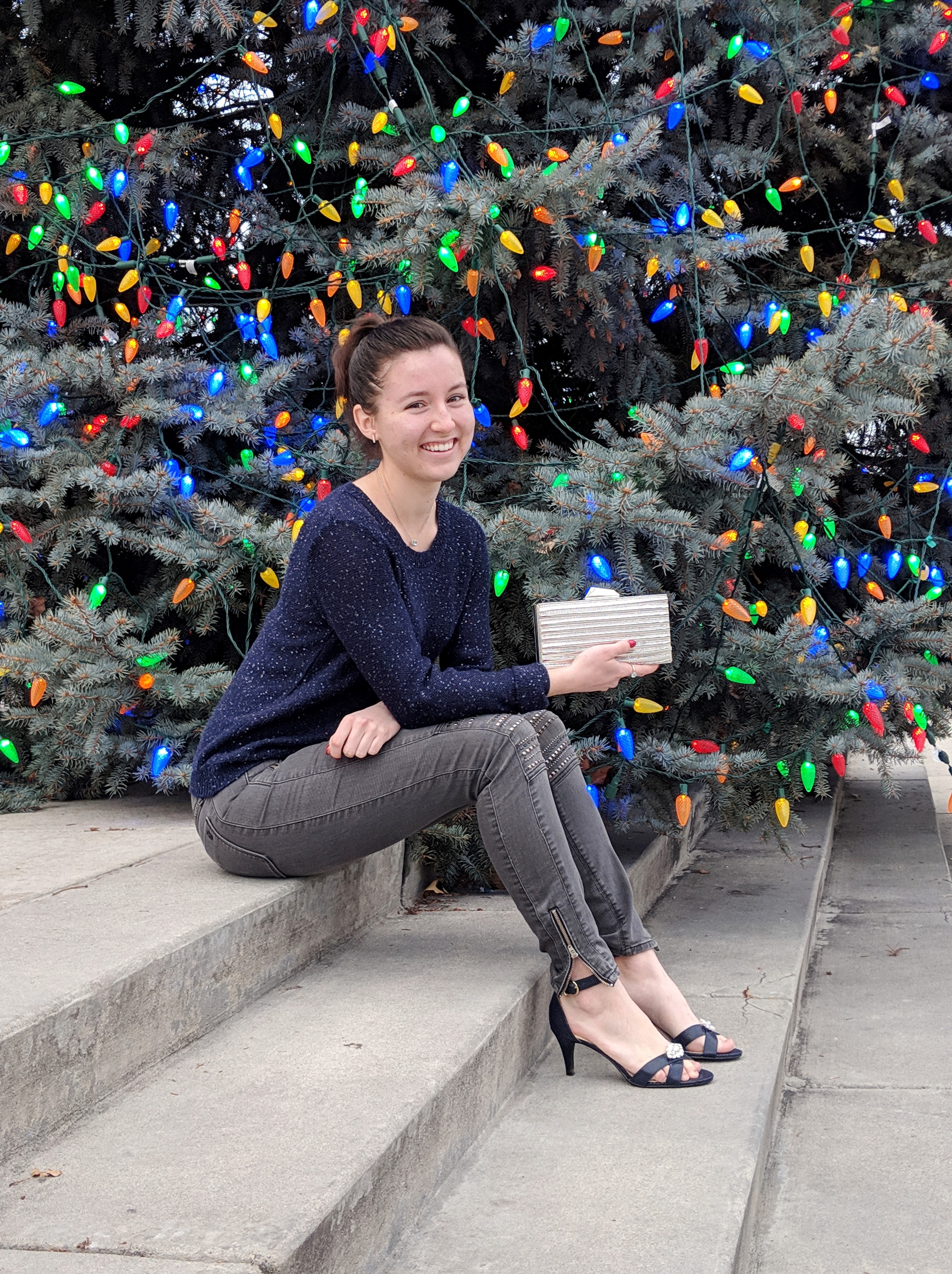 When I was six years old, my grandparents took my family to Ireland to celebrate their 50th anniversary. We visited many castles while there, including one home to the famous Blarney Stone. For those of you who don’t know, the Blarney Stone is a rock in the side of this castle, and for over two hundred years pilgrims have traveled to the Stone to kiss it and receive the gift of eloquence. Now if you know me in real life, you know I’m kind of a germophobe when it comes to sharing saliva. I never share drinks with people, I never have, and I’m pretty sure it started after seeing one of those dramatic black-and-white commercials warning against mononucleosis.

The point is, after my entire extended family climbed the stairs to get to the Stone, I felt pretty apprehensive about kissing it. Even as a six-year-old, I did not want my lips touching some rock that thousands of other people had touched. {Talk about koodies.} Not to mention, in order to kiss the rock, you had to lay on the floor and bend over backwards over the side of the castle, so that your face could see the grassy ground 127 steps below. I was certain my little six-year-old body would fall through the two support bars placed beneath the Stone. As my family took their turns kissing it and I filtered to next in line, I stood there terrified. Even my 70-something grandpa, who had broken his back in a plane crash, bent over to kiss it. Standing there in that castle, more than 4000 miles from home in a place I’d probably never be again, I chose to succumb to fear. I did not kiss the Blarney Stone that day, and it has haunted me ever since. 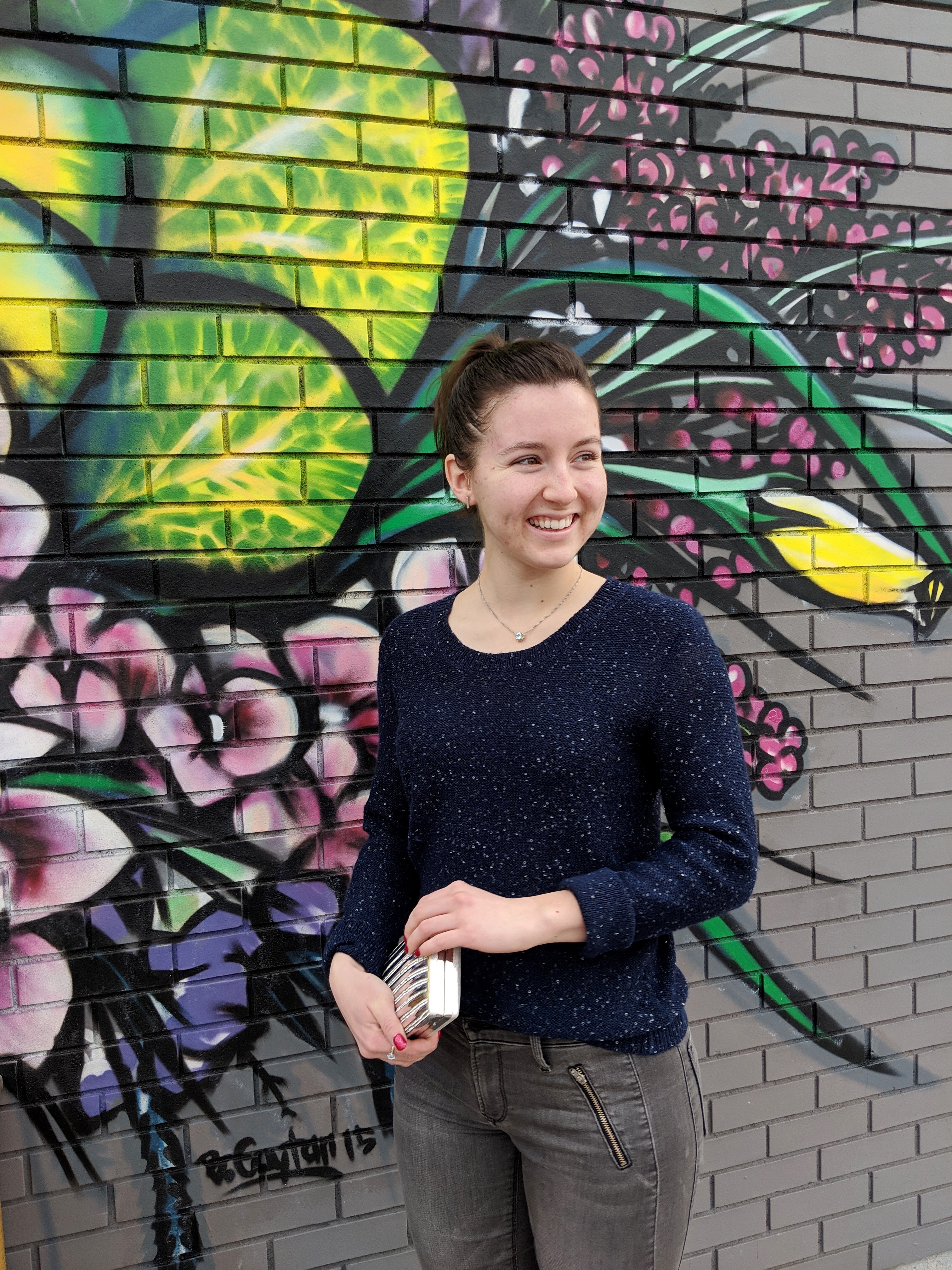 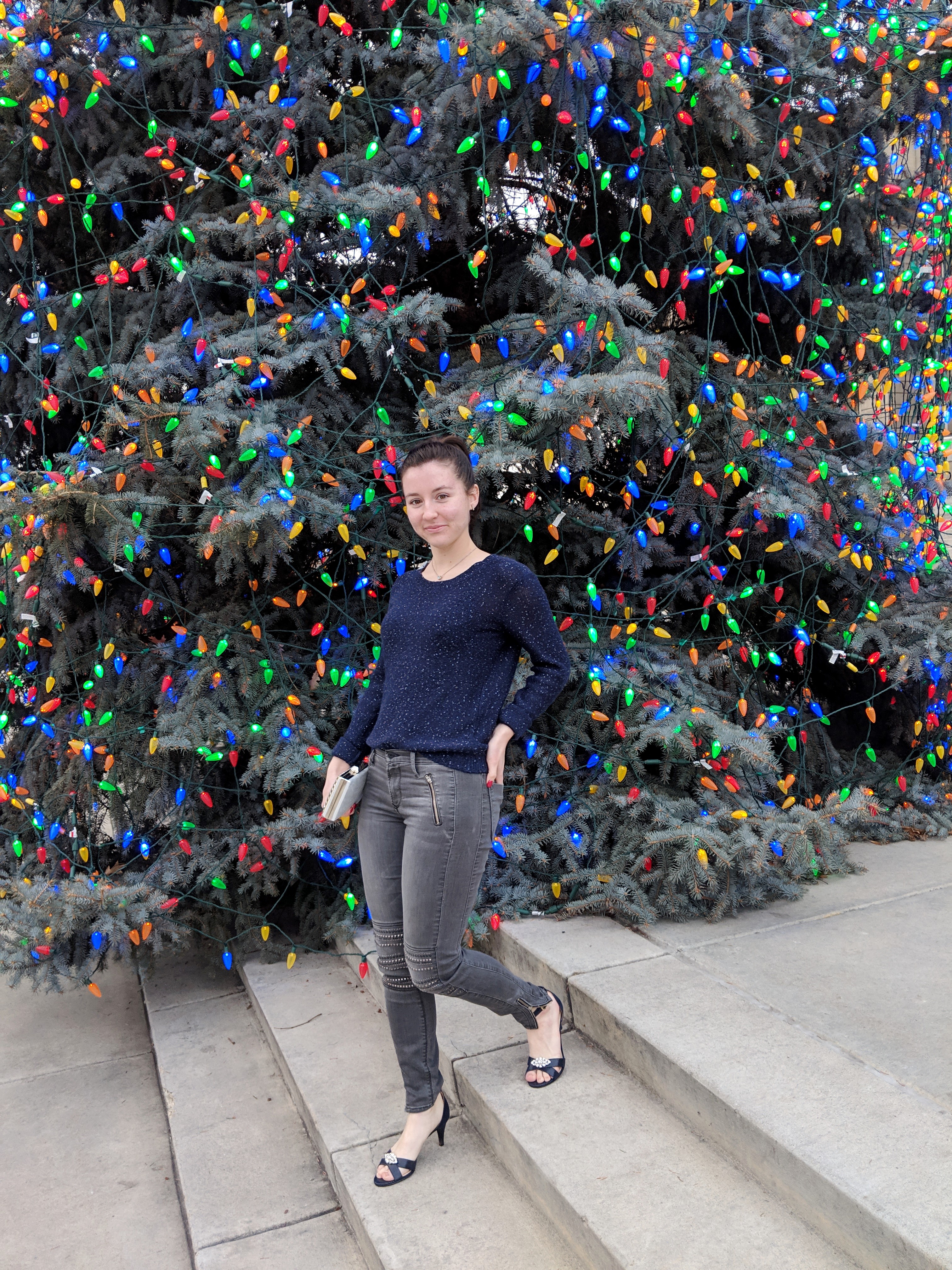 What my experience in Ireland has taught me about fear is that it’s a constant battle. You’re never not going to be afraid of anything, but you don’t have to be afraid of everything. Two years ago I went on a rafting trip, and at one point on the river all of the rafts pulled off to the side so people could jump from this tall rock if they so chose. {I’m noticing that all my stories have to do with rocks…} Anyway, only a small number of people chose to climb the slippery sides to the top of that cliff. I sat there in my raft, watching the few brave jumpers fall probably 20 feet and splash into the eddy of the river. I thought, Man, that looks scary, no thank you. Then a memory of the Blarney Stone popped into my head, and I suddenly realized that *I* was going to jump from that rock. I slowly stepped out of my raft, maneuvered my way up to the crest of the cliff, took a deep breath, and felt my feet push off from the stone beneath me. {Thank goodness I jumped far enough away from the rock so that I didn’t scrape any extremities on the way down.} But as I hit the chilly river water, I rose to the surface, floating on the elated feeling of being on top of the world. In that moment, I could do anything, and nobody could stop me; most importantly, I couldn’t stop myself. 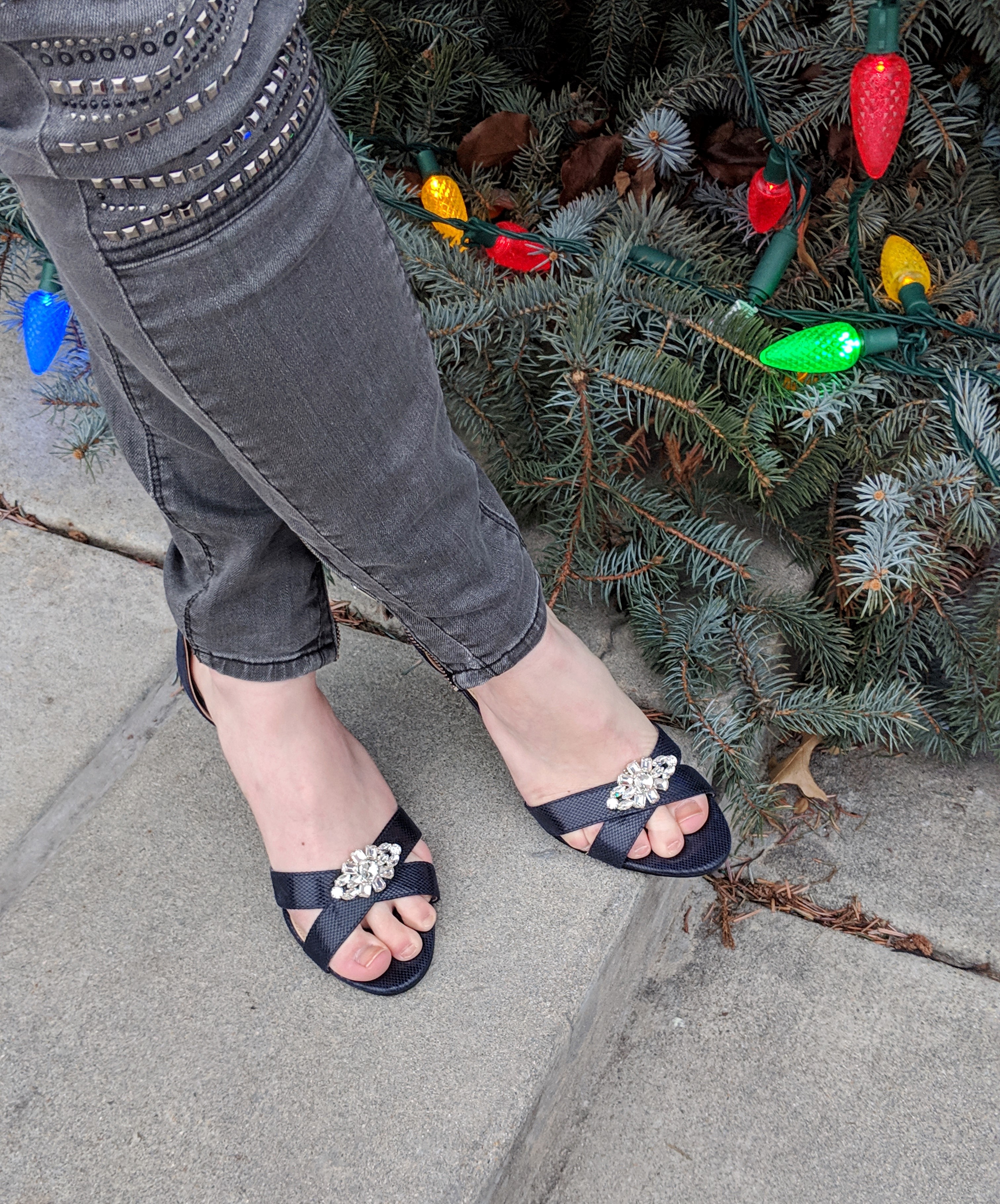 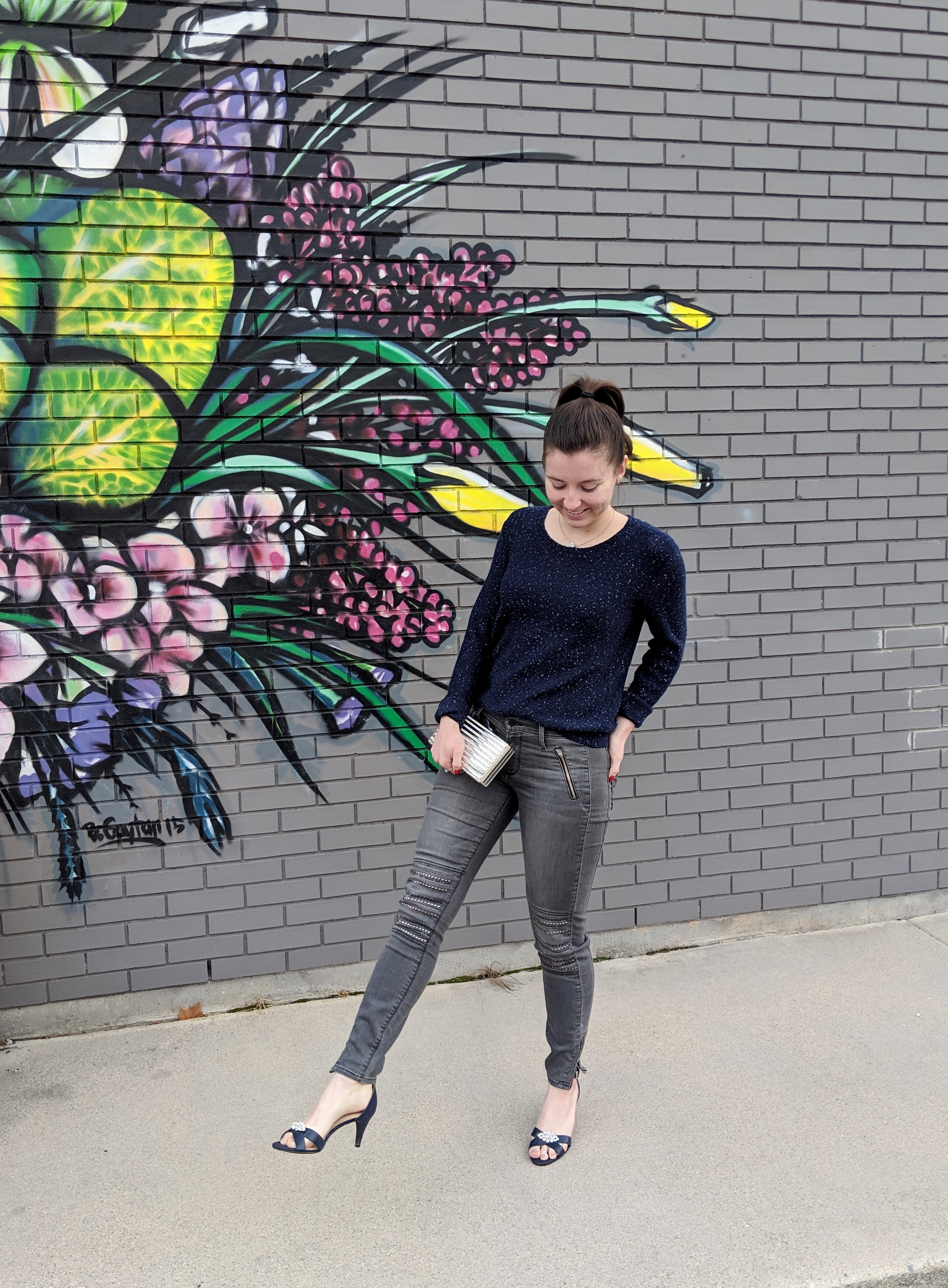 Fear is a force to which we often grant a lot of power over us. It sneaks up and gives us a big, unwanted hug right when we’re least expecting it, kind of like that creepy relative you’ve only met once or twice. And you know who fear’s best friend is? Regret. They like to skip around together, holding hands and ruining dreams. The worst part of all is that we let that happen.

One of my favorite quotes is, “Courage is not freedom from fear; it’s being afraid and going on anyway.” You bet I was afraid on the top of that rock above the river, but I jumped anyway. I didn’t want fear and regret to take hold of me like they did exactly one decade before in Ireland. 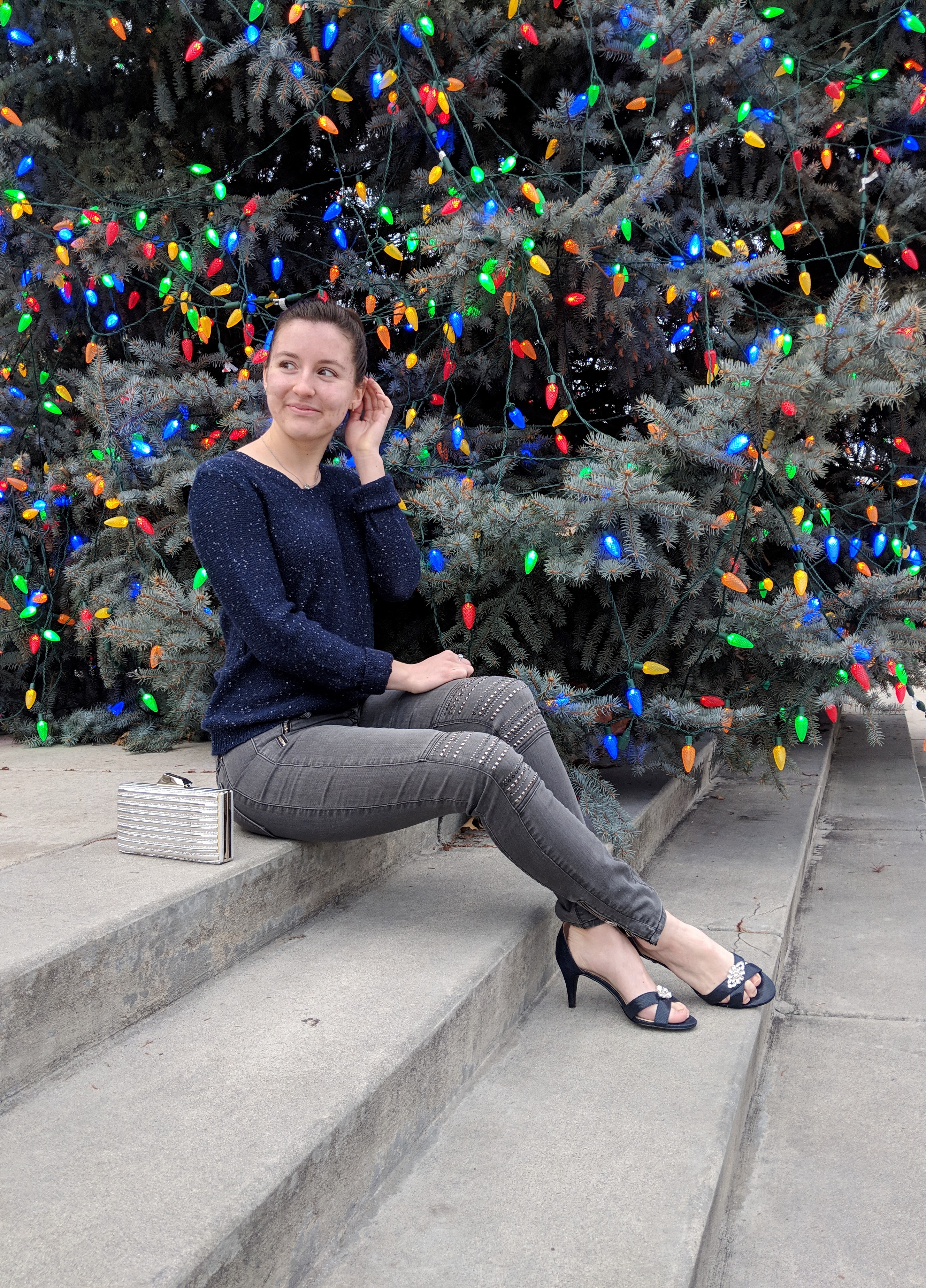 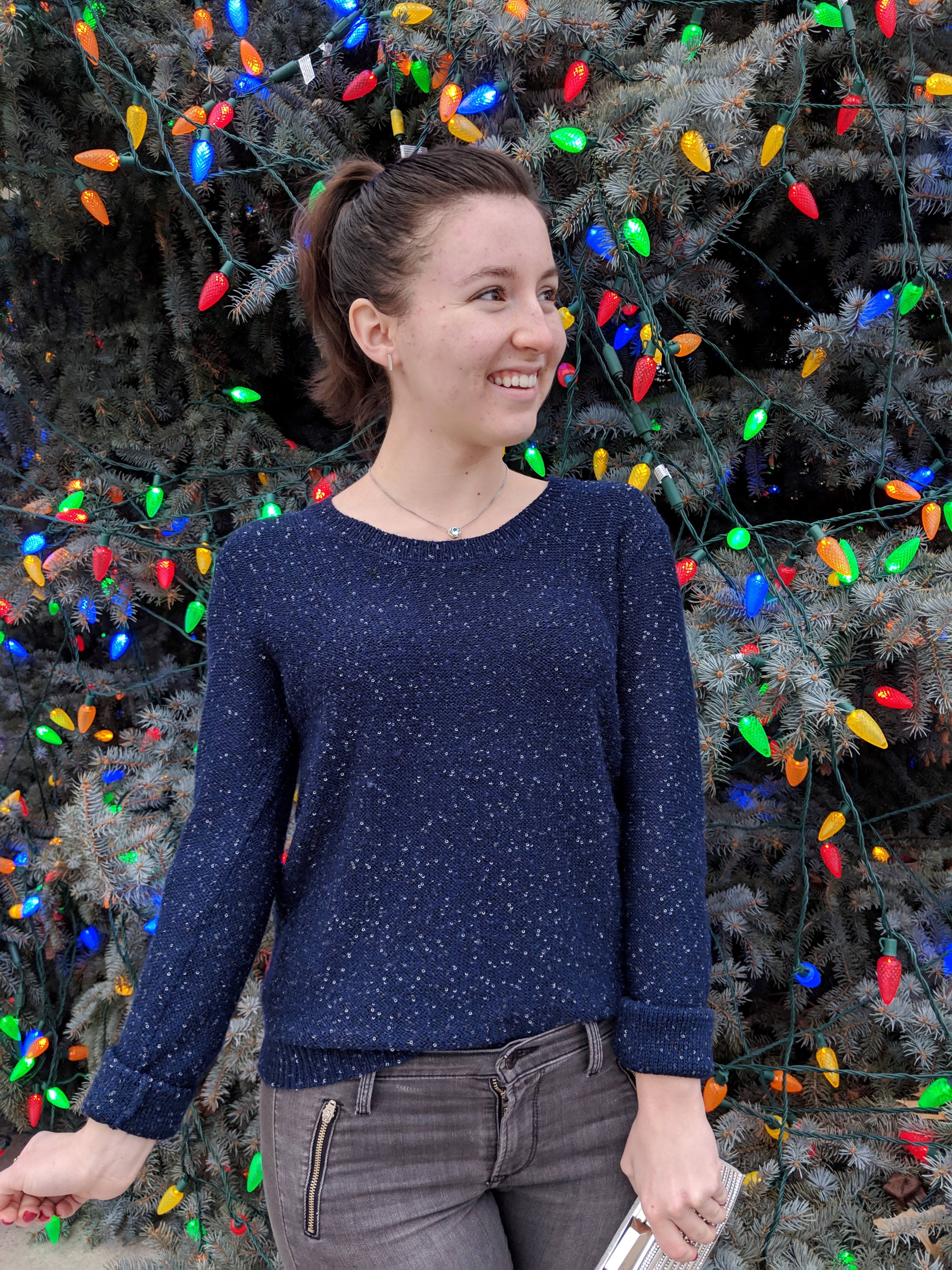 So as you prepare to enter 2019, this new year full of unknowns and excitement, I urge you all to be courageous. Conquering fear is a constant struggle, and you have to work at it every day to win small victories. I’ve missed out on a lot of amazing opportunities because I’ve been afraid, and as a result, I have a lot of sadness and regret. But I’m working to change that. Every time I try a bizarre food or do an adrenaline-rushing activity or even say something hard to a friend, I’m winning those little battles. You don’t want to live a life of regret, a life of “what-ifs”. Rather, you should always strive for memories and to think fondly of “what was”, what actually occurred when you conquered your fears. As we count down to midnight on Monday, remember to be fearless when you start this next chapter of your life—try new things, reach out to the lonely person in the corner, stand up for your beliefs even when you’re ostracized, and all that other cliché stuff they tell us in commencement speeches and colorful quotes on Pinterest. And in the wise words of OneRepublic, “I hope when the moment comes…[you] swear you lived.” 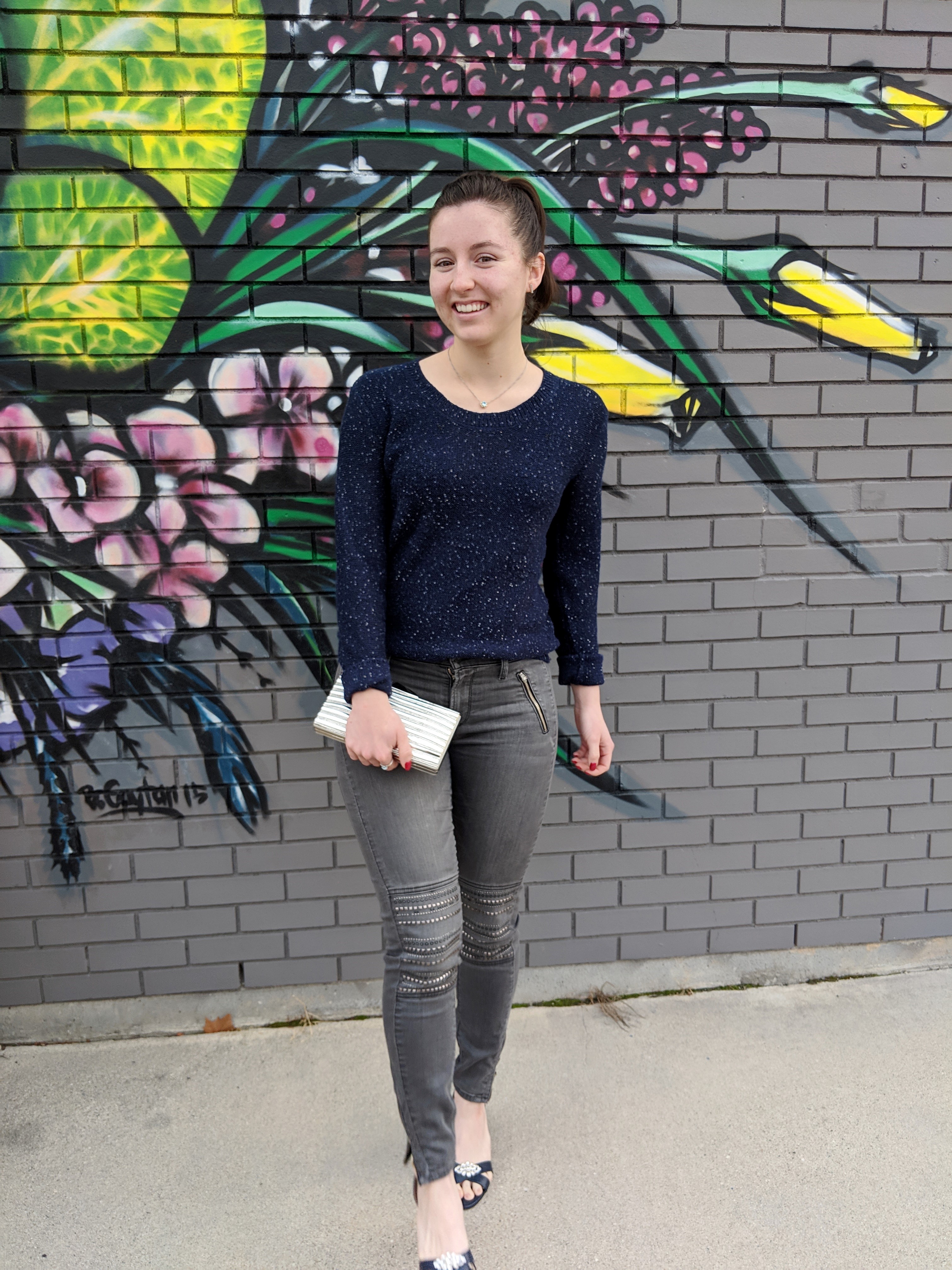