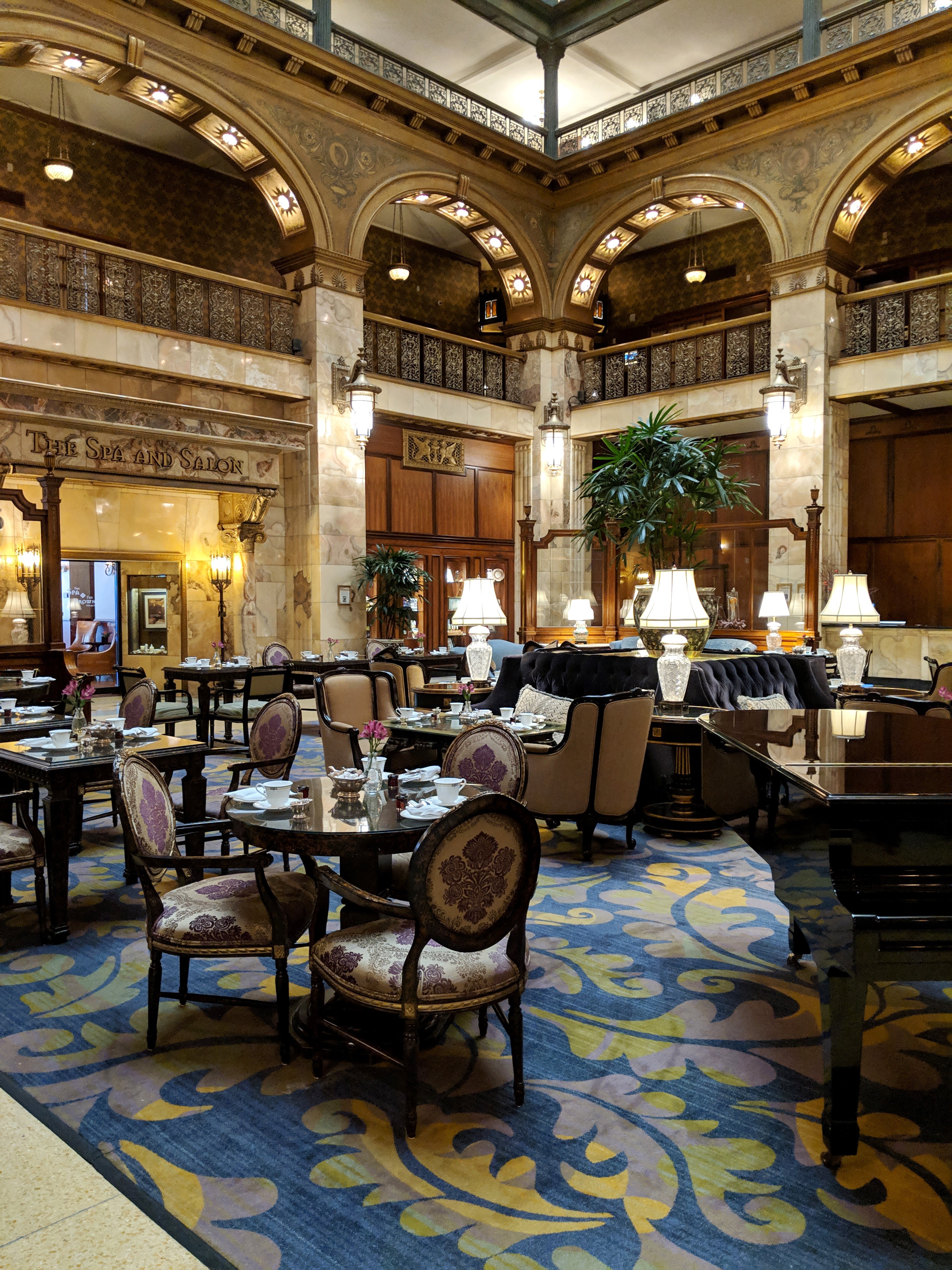 I’ve seen high-end bloggers and fancy movie stars dress elegantly to attend posh afternoon tea at a luxurious and beautiful hotel, but I never expected to do it myself…until last week! On Friday, my aunt and grandma took me to the Brown Palace Hotel in downtown Denver to enjoy afternoon tea and celebrate my birthday. I wanted to share this uniquely special experience with all of you in today’s blog post! 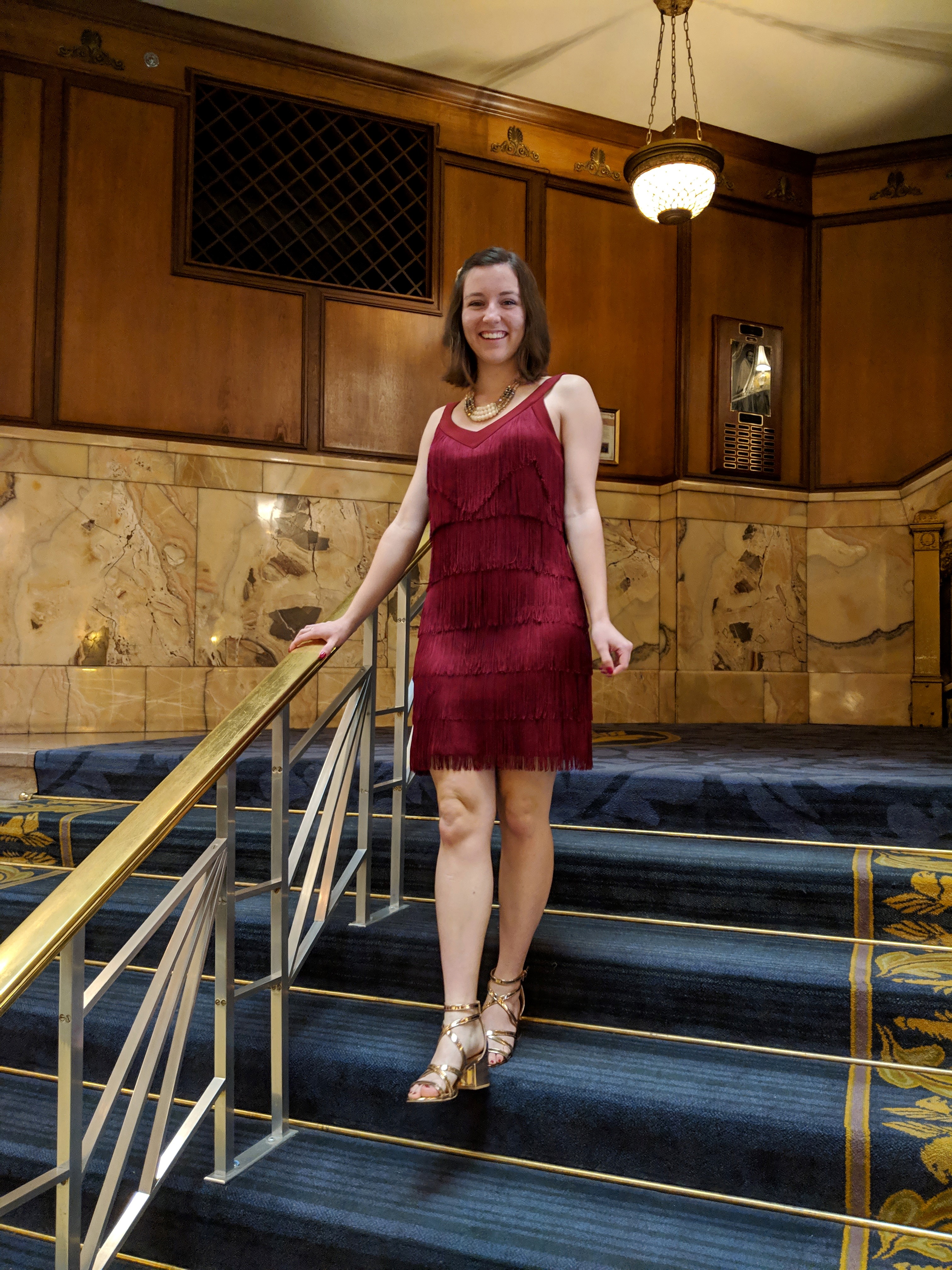 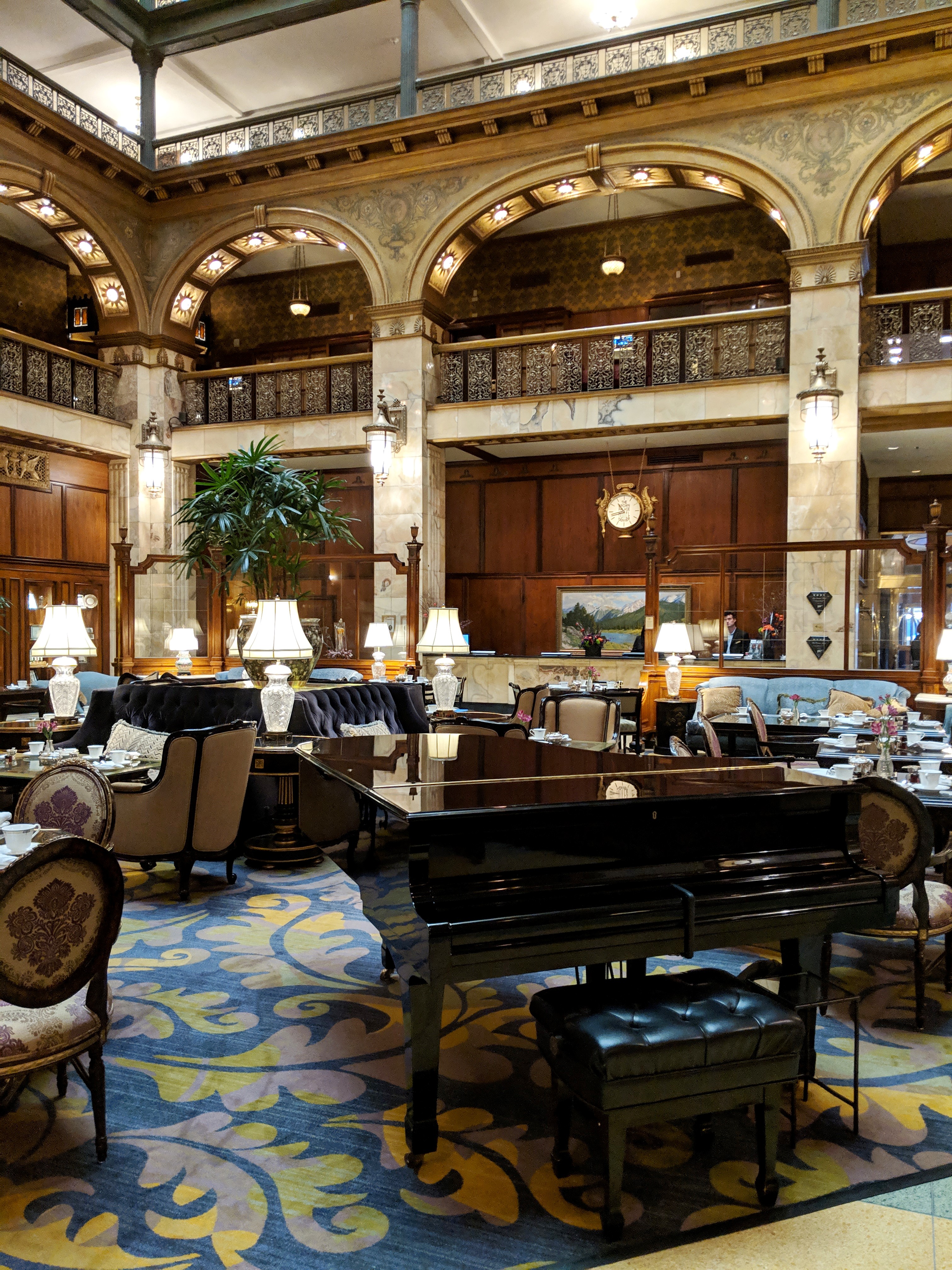 As you can see from these pictures, the setting for our high tea was absolutely gorgeous—the lobby of the Brown Palace Hotel, which was established in 1892. Everything appeared straight out of a movie with all the vintage glam, and the tables were set to perfection, featuring pretty teacups, a tiny vase of flowers, and old-fashioned sugar and cream holders.

The first thing the waitress asked us was if there were any allergies of which she needed to be aware, so I told her that I’m gluten-free. Then we ordered our tea. I’ve never really had tea before this, but it was SO delicious. There were so many options and I had no idea what to choose, but I ended up ordering the Ikebana, which was a mixture of green and black tea with rose, mint, jasmine, and orchid undertones. Each of us decided to order a different kind of tea so we’d be able to sample each other’s drinks–I would recommend doing this! 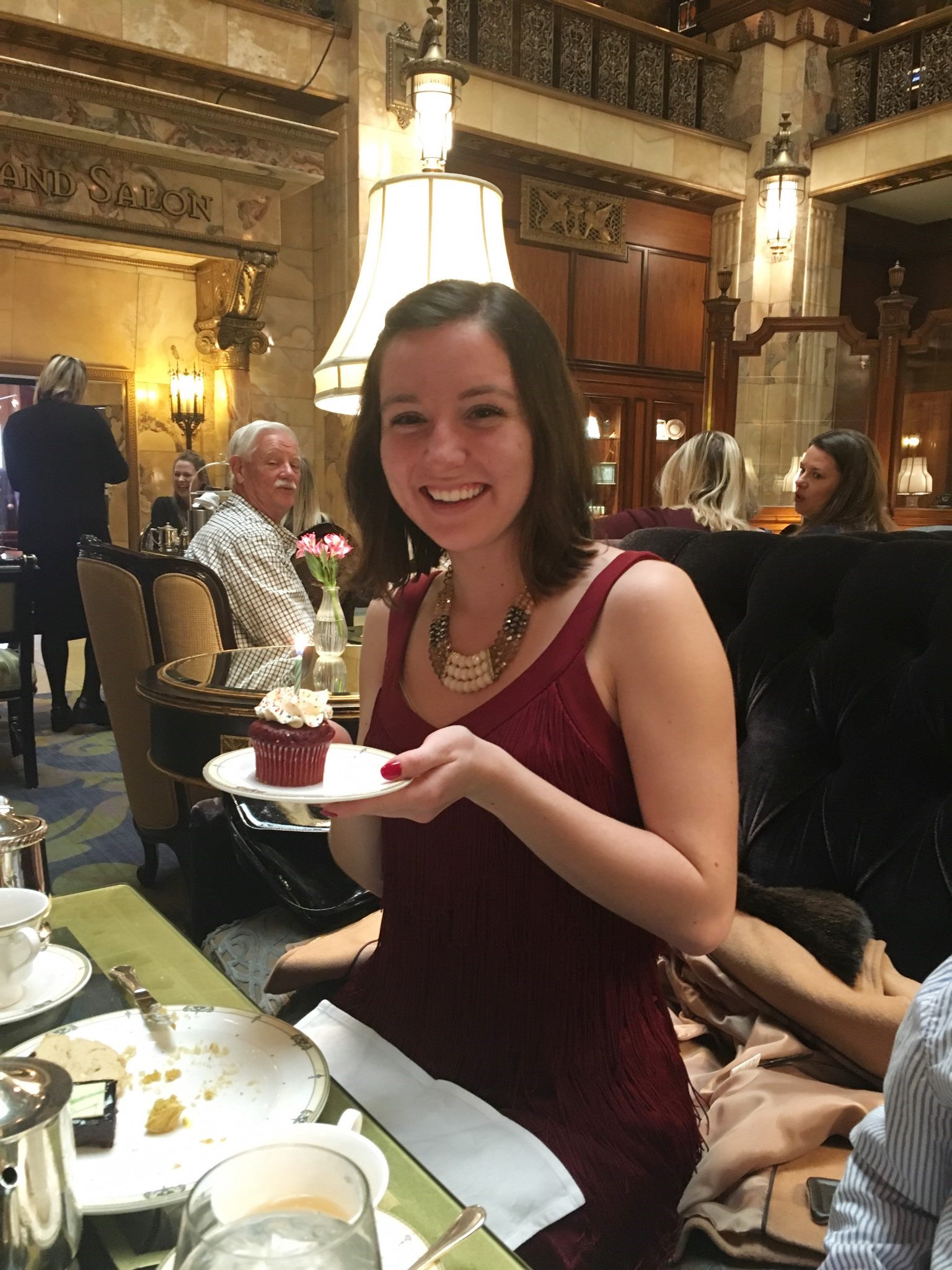 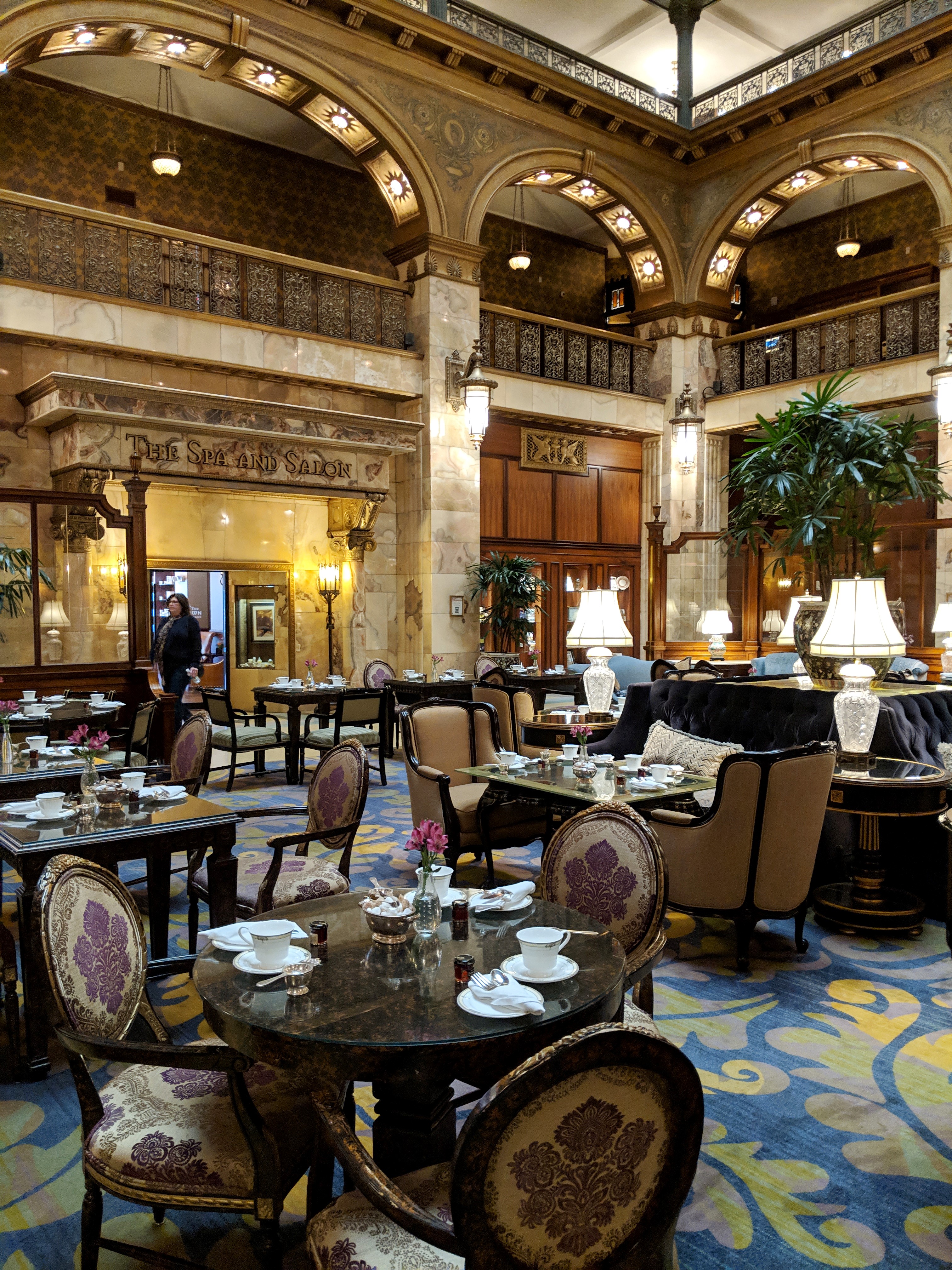 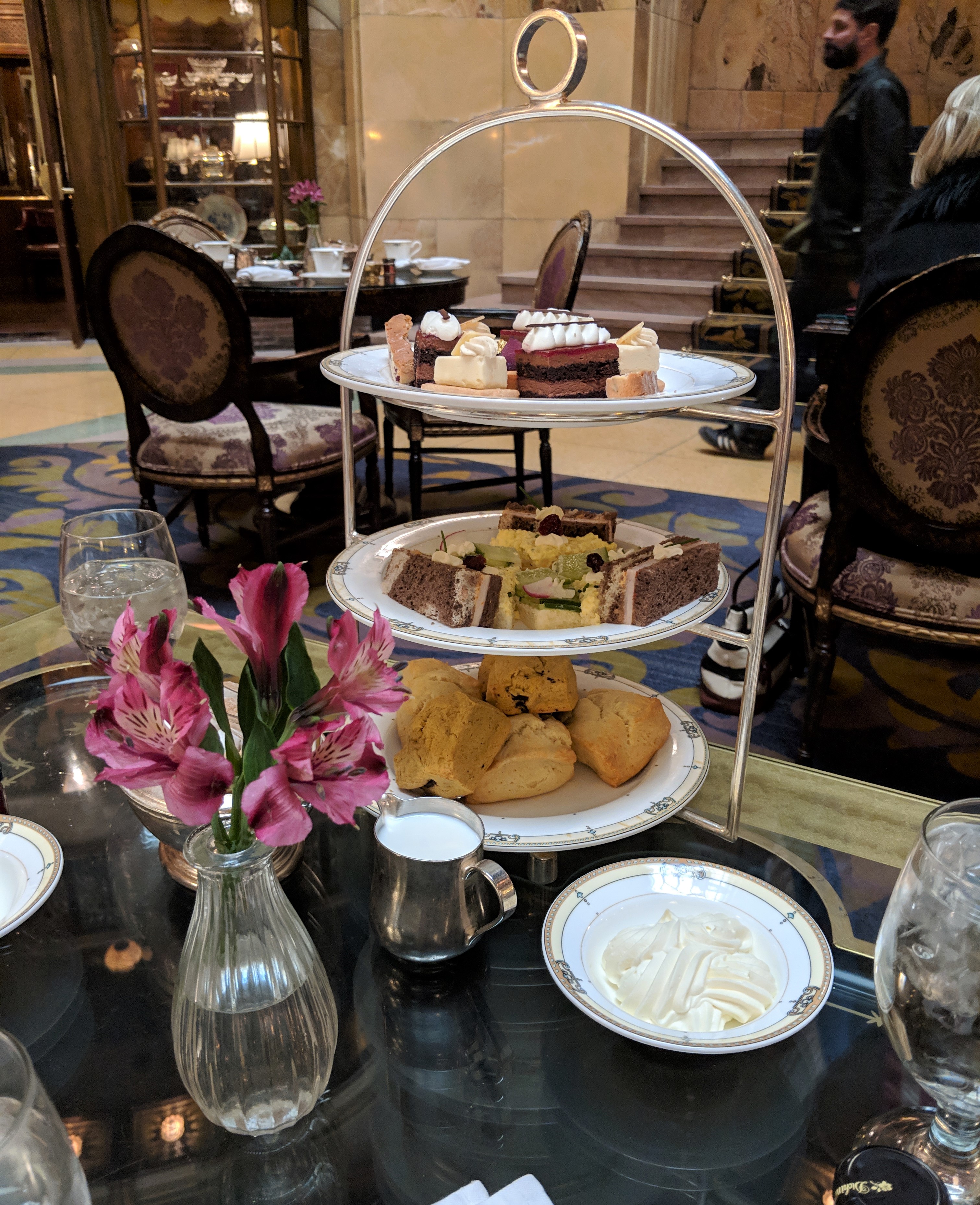 The waitress brought the tea out first, and contrary to what I expected, we each got an entire pot, so you could have multiple cups. She even refilled our water at one point for an additional pot of tea. I drank so much!

A few minutes after the tea, they brought out a three-tiered platter of finger foods, as pictured here. The bottom plate had two kinds of scones, along with Devonshire cream—so delicious. The second tier had a selection of savory finger sandwiches, including a cucumber and cream cheese one, an egg salad one, and a ham and cheese one on rye. The top plate showcased a collection of little desserts, ranging from super rich fudge items to raspberry tarts. After delivering that initial set of treats, the waitress brought me a plate of completely gluten-free snacks, which were all basically the same as the gluten-full options. I was SO impressed, both in that they provided such a great selection of allergen-friendly alternatives as well as impressed with the taste and quality of the pastries. I always love places that take such good care of those of us with allergies.

I would say, when the plate of food items came out, I was a little worried at first that it wouldn’t be enough for lunch and that I would still feel hungry afterwards. However, I think all of us could agree by the end that the food was plenty enough. The pastries were so delicious, rich, and surprisingly filling that I realized I couldn’t eat it all, try as I might. I figured at such a high-end and fancy event they would frown upon taking food in to-go boxes, but thankfully a woman asked if I wanted one and I gave her a resounding, “Yes!” 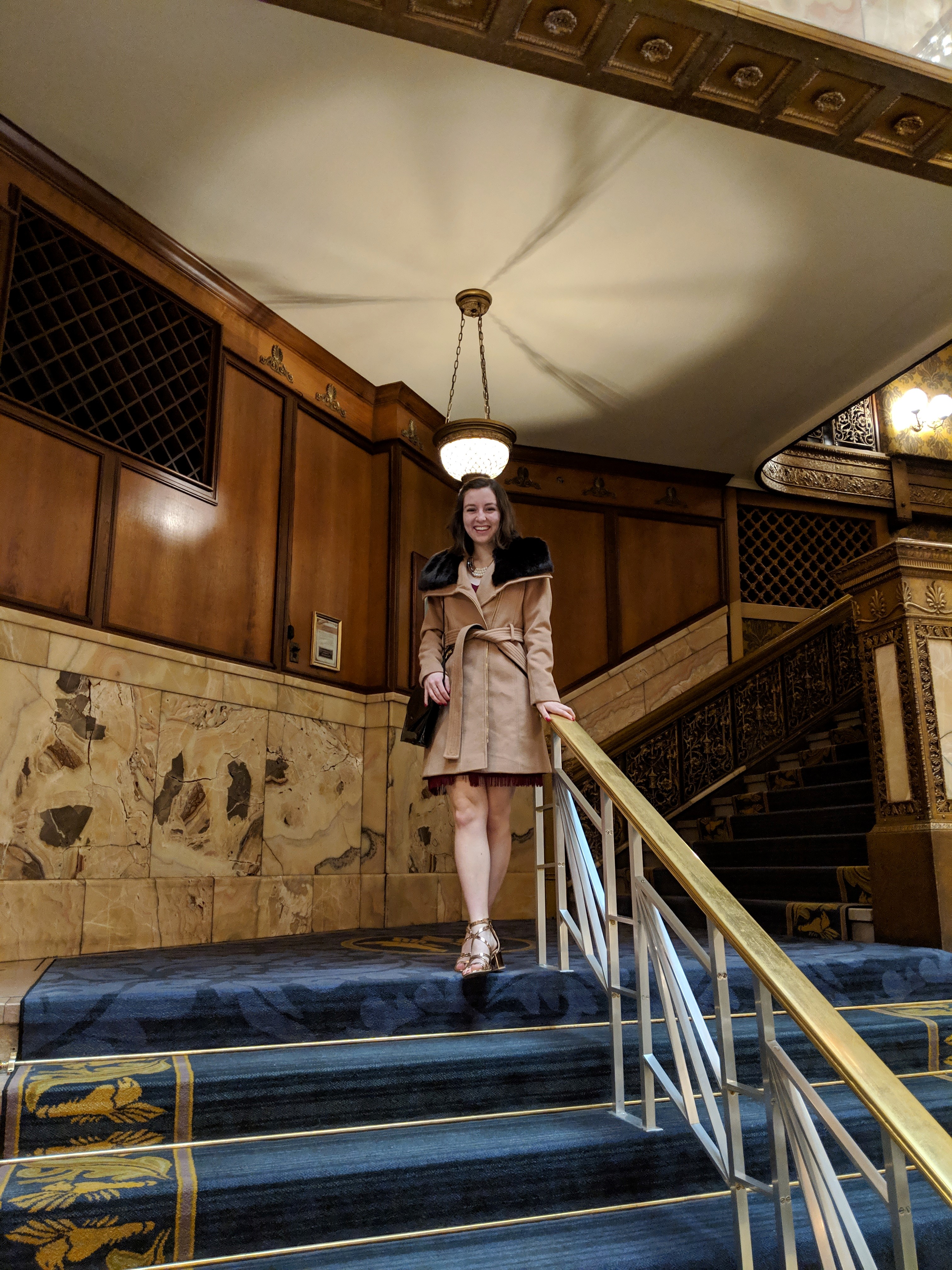 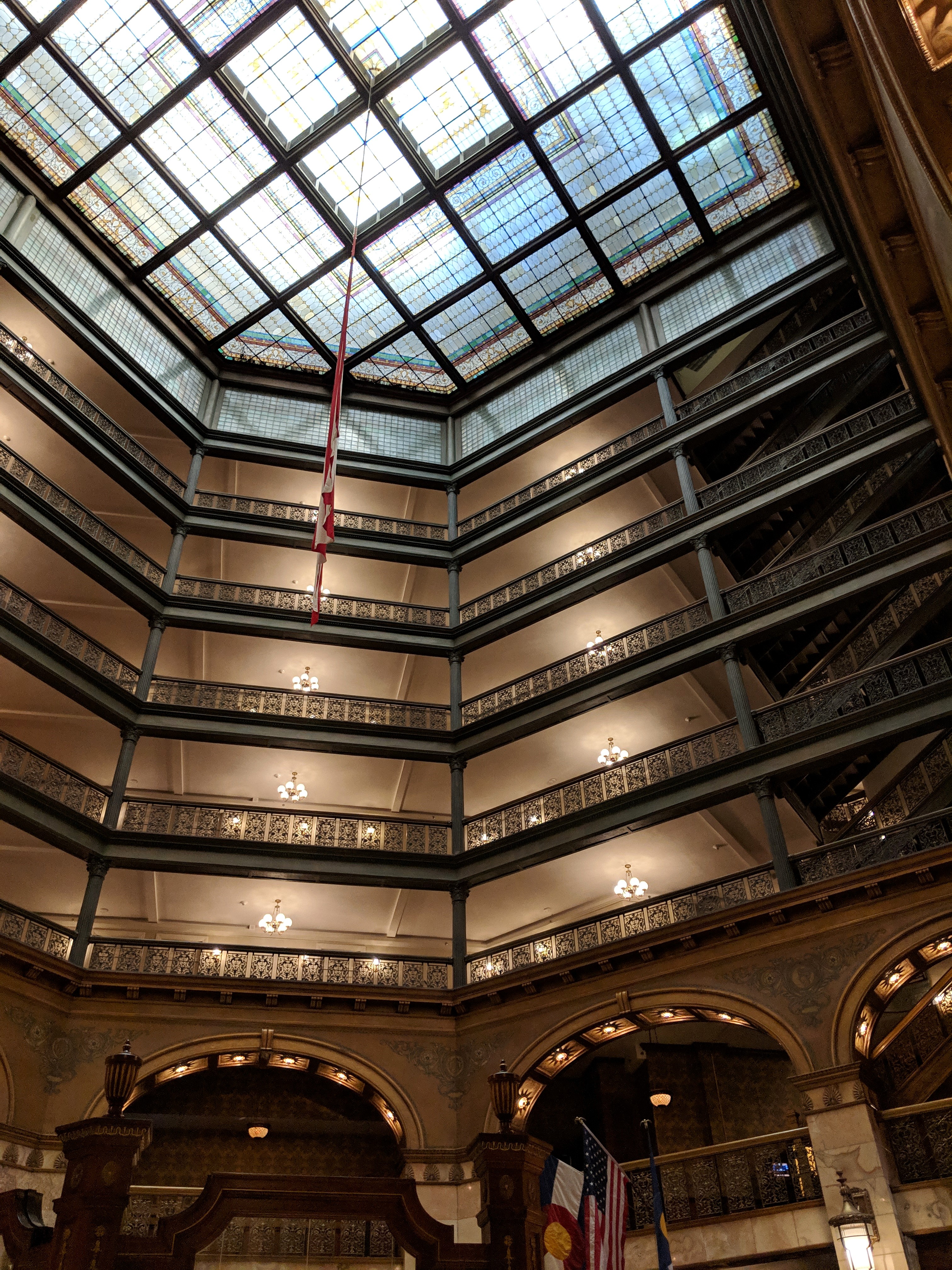 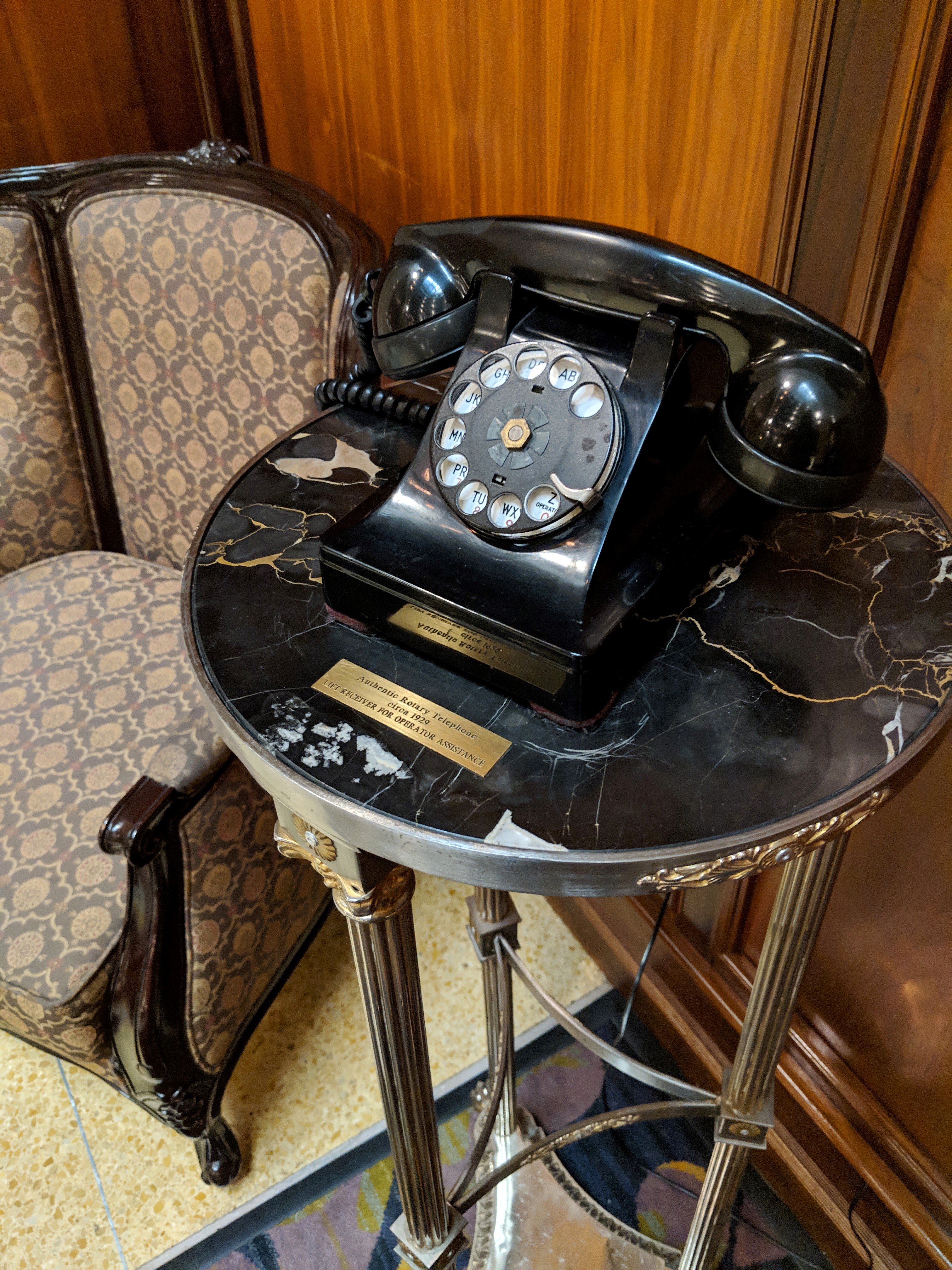 We sat at a table with a couch on one side, which is where I remained seated next to my little cousin. Very close to our table, a man played pretty old-fashioned music on the grand piano. About halfway through our tea, the tune suddenly changed to a cheery “Happy Birthday” and our waitress brought out a cupcake for me with a lit candle in it! It was so special and unexpected. They then realized the cupcake they brought me was not gluten-free, so they presented another one (bigger, I might add), also with a candle. It was seriously the cutest!

Of course, this post wouldn’t be complete if I didn’t tell you what I wore to the event. I interpreted high tea as the perfect excuse to dress as fancy as possible. I brought one cocktail dress to college, this red fringe number from White House Black Market which was a birthday gift last year, and that’s what I wore. I layered over my fanciest, most luxurious coat and felt like a million bucks. Not to mention, the flapper-esque style of my dress matched the décor of the hotel perfectly! I basically time traveled—no big deal. 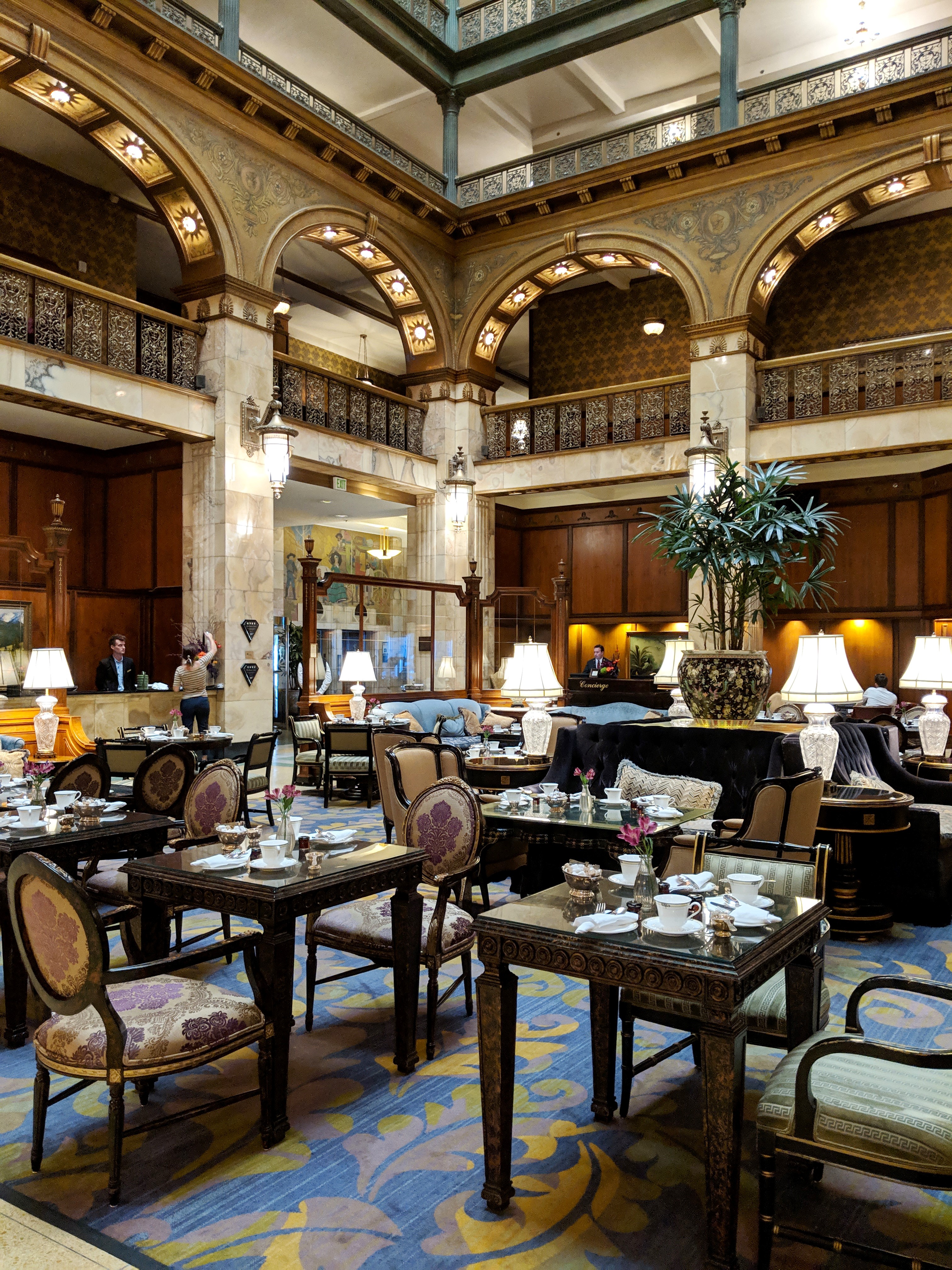 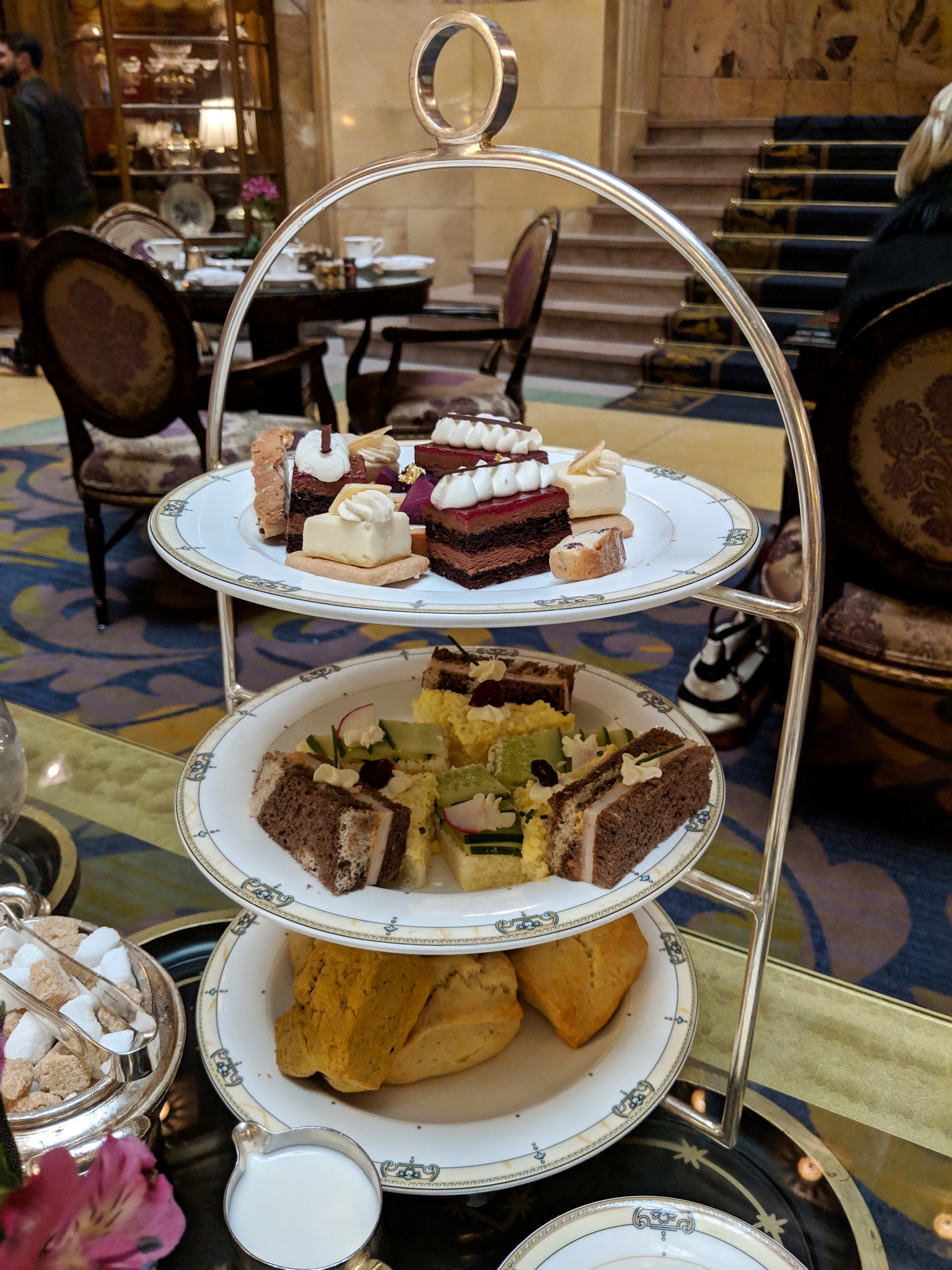 Since this was my first time going to tea, I learned a lot about what to do and what not to do. For starters, I initially considered wearing the black gloves from my Audrey Hepburn costume—I figured this was my one excuse to dress fancy, so I wanted to go all out. In the end, I decided not to wear the gloves because I thought they kind of clashed with my rose gold sandals. I’m glad I decided against it because eating the finger foods was pretty messy—I would’ve had to remove the gloves either way. In the same line of reasoning, it might be a good idea to avoid wearing fancy rings to keep them from getting dirty from the food or wet when you wash your hands.

In terms of the edible delights, as I already mentioned, the little desserts and finger sandwiches are a lot more filling than they appear, so I would recommend attending tea on an empty stomach. We went at noon when it opened; it acted as the perfect lunch replacement. The ladies and I decided to eat from the bottom up in terms of the three-tiered platter, which means we indulged in scones first, followed by savory sandwiches, and finally finished with desserts. In hindsight, I think it would be better to intermix all the food items instead of eating them in order. I saved my desserts for last, but they were all so rich that it was just too much to eat at once. If I had instead alternated between the sweet and savory snacks, I think I definitely would’ve been able to eat it all (not that I needed to!).

When my aunt made reservations, the hostess suggested to schedule roughly two hours for tea. I also recommend this. I think we ended up leaving after around an hour and 50 minutes, which seems like a long time, but it’s so much fun to just chat, relax, and sip countless cups of tea throughout the afternoon. It’s such a beautiful setting, after all. 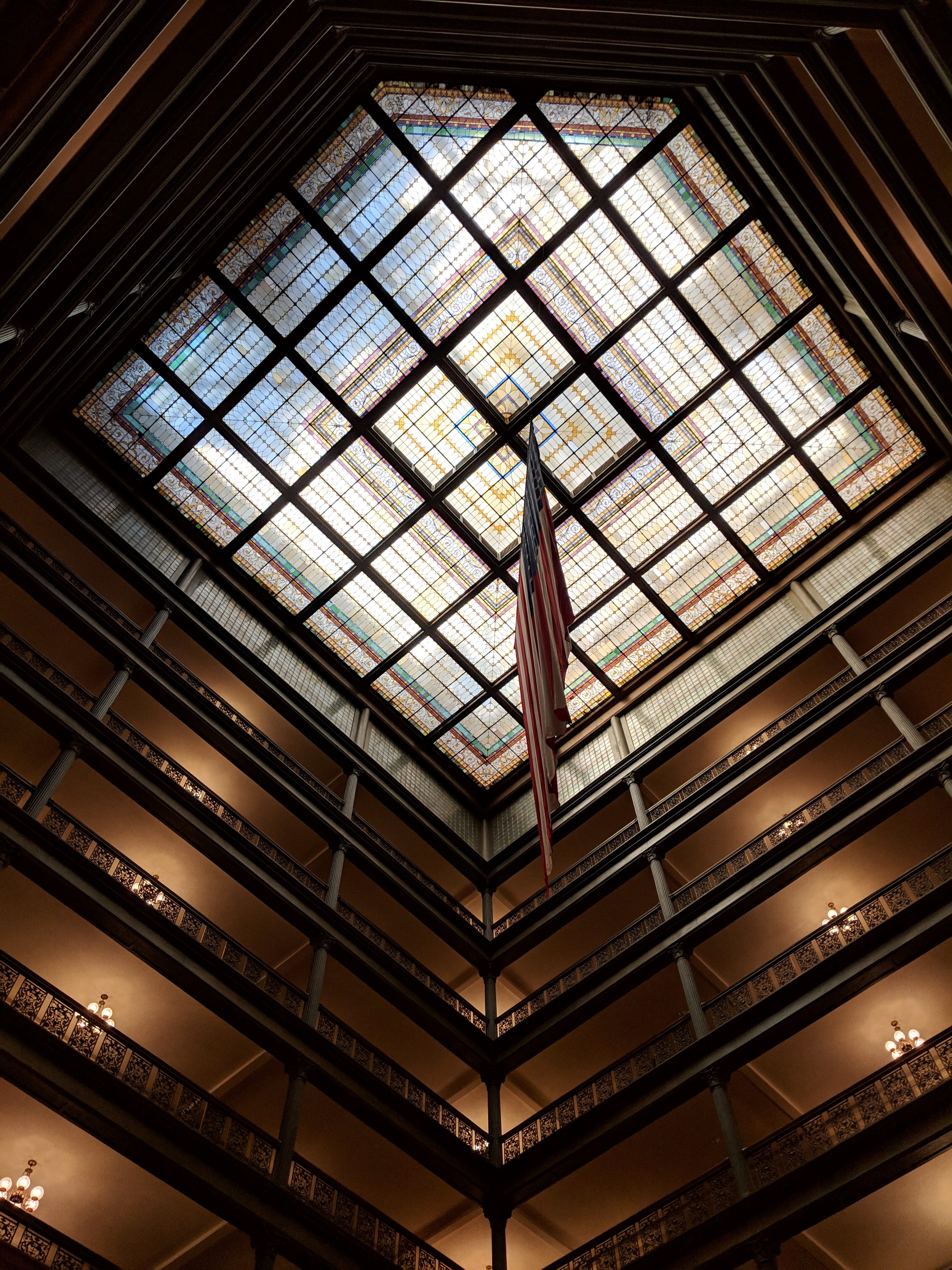 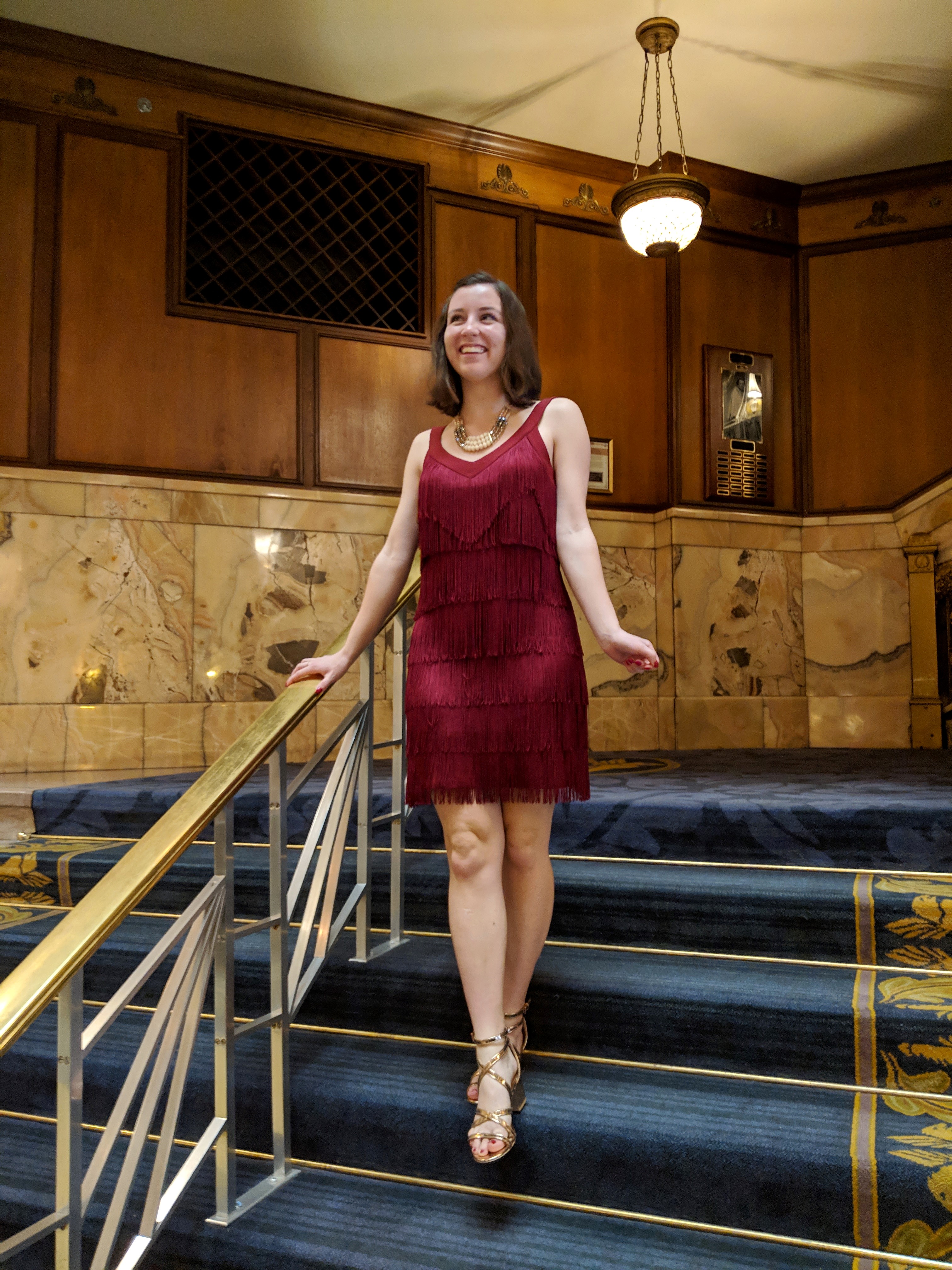 These fancy tea parties seem to be growing in popularity, and I could not recommend them enough, whether as a birthday gift, celebration of some sort (a bridal shower or baby shower could be cute), or even just a way to treat yourself and your girlfriends to a well-deserved, relaxing afternoon. It could also make a great Mother’s Day gift!

If you would like to reserve a table for afternoon tea at the Brown Palace, you can click here to be redirected to their site and browse the menu. I also know that the Chateau de Fleurs in Eagle, Idaho, offers afternoon tea as well, but I’m not sure they provide gluten-free options–that’s why I’ve never attended that one. Regardless, you can make reservations here.

Unfortunately, we don’t all live like those in the Upper East Side of “Gossip Girl,” going to extravagant parties and galas every other night. But that’s what makes this afternoon tea so special—you get to feel important and regal for a day, pinkies up and all. When I graduated high school, I knew that would be the last of my formal dances for awhile (which sadly meant no more “getting ready” parties with girlfriends and wearing your fanciest dress). However, this tea provided an adult version to do just that: spend hours getting dolled up for the most picturesque afternoon. I’d love to turn this into a tradition of my own, giving myself a reason each year to get all gussied up, and I can’t recommend the experience enough!

Hope y’all are having as fabulous a Monday as this afternoon tea.