In the Dark of the Night, This Zombie Will Find You 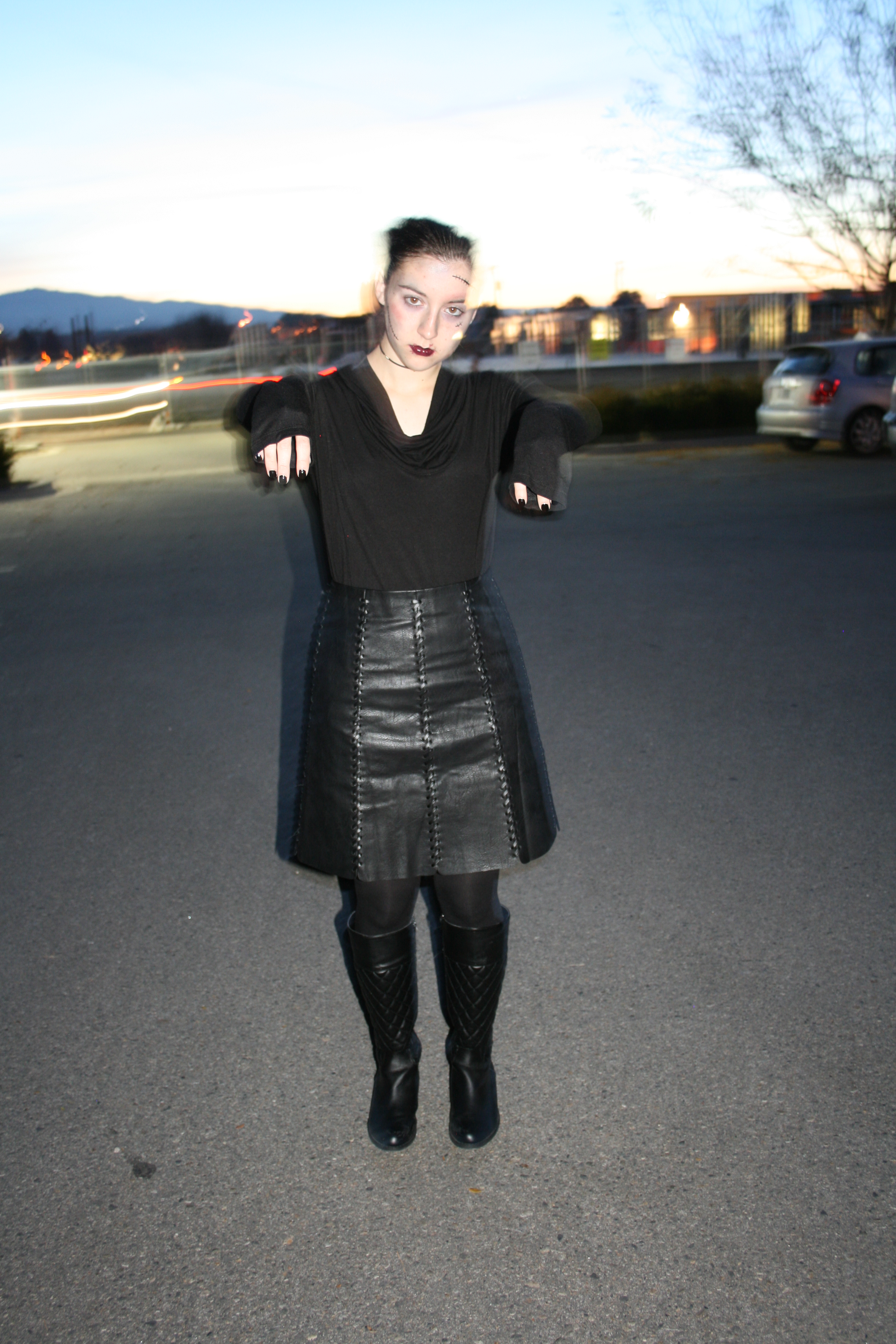 Thank goodness it’s finally Friday! I’m so sleepy today—trying to catch up from all the Halloween festivities still. Even though the holiday has already come and gone, I wanted to share the costume I actually wore on Tuesday. We just started reading Mary Shelley’s Frankenstein in my English class, so I was inspired to dress as the monster. However, my costume ended up looking more like a zombie. When you think about it though, Frankenstein’s monster is basically the OG zombie. 😉 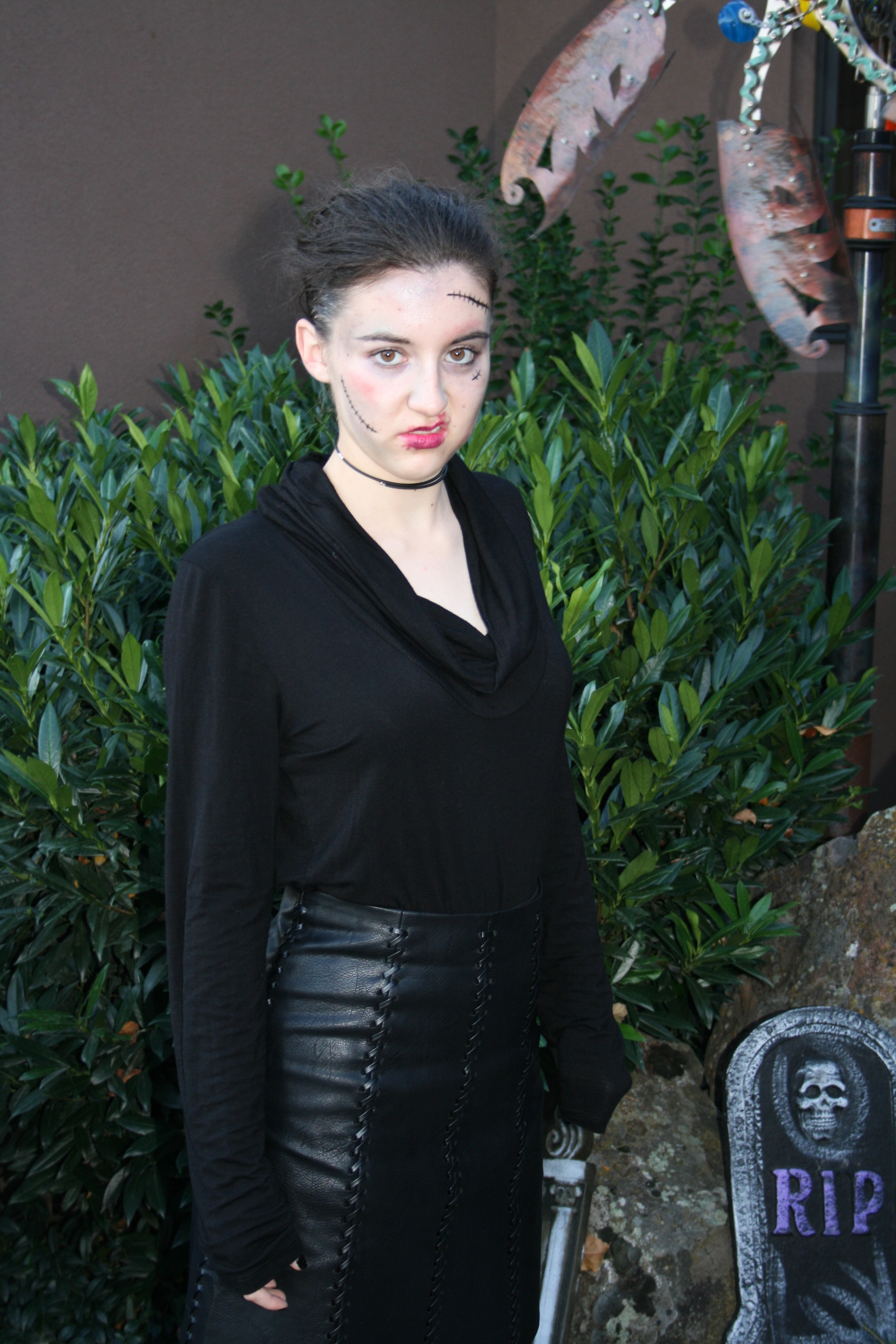 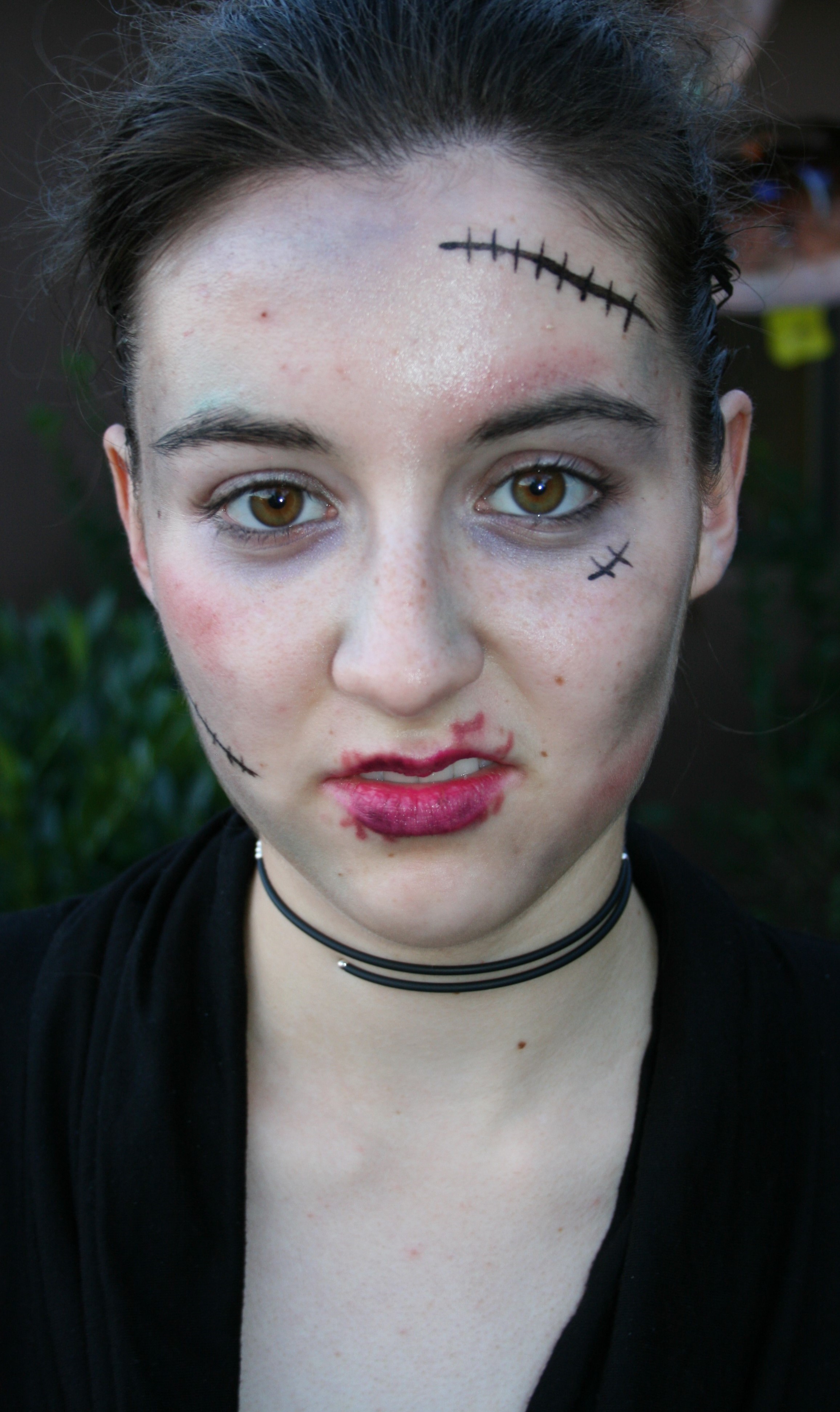 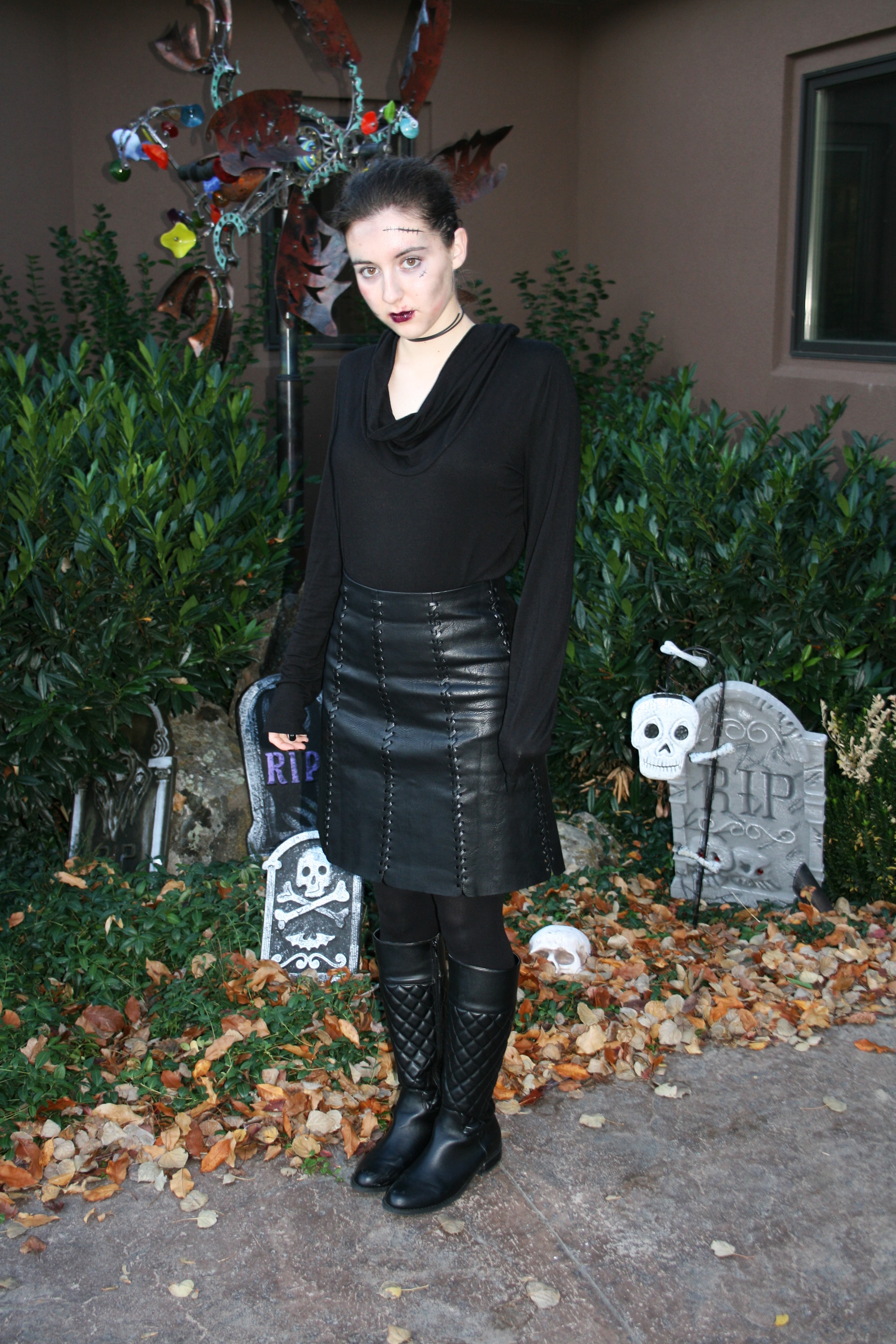 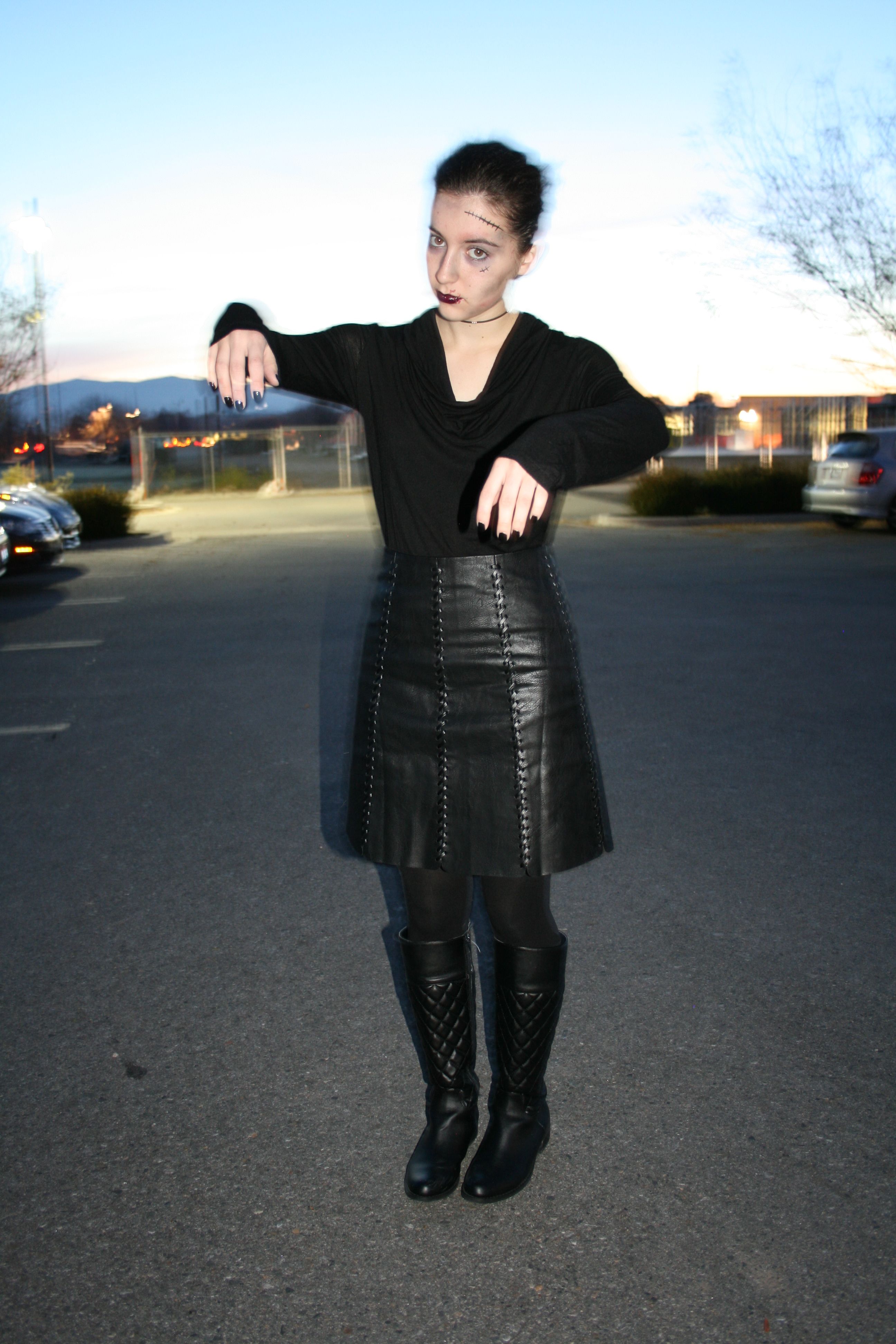 The first pic and the one right above actually weren’t edited at all. We just took them when it was still dark outside so the aperture was open a really long time. Do you want to know how I created this look?

It’s actually way easier than it appears, and a ton of people kept complimenting my makeup throughout the day. I started by taking some black liquid eyeliner and drawing on the stitches. Then the fun part: I took an eyeshadow palette and just went to town, accenting different parts of my face with shades of green, purple, blue, and grey. Be sure to put a lot of purple/blue right under your eyes to emphasize bags. It’s also good to contour your nose a bit with a green eyeshadow to make your nose look a lot smaller and caved in.

I added black pencil eyeliner to my top and bottom waterlines, as well as into my eyebrows (I didn’t have an actual eyebrow pencil). Next I took a dark red/pink lipstick and smeared some of that on my face to look kind of bloody. A lip pencil was used to draw on little veins/branches off my lips (it was supposed to look like cracked lips, but it could also look like I was just feasting on something bloody). The final touch was the closest thing to black lipstick that I could find at Target. Some of these pictures have it fresh on and others have it after a whole day of wear, which made my lips look pinker and uneven. I kind of liked both looks.

As for the hair, I started by teasing the top of my hair A TON. Then I sleeked back the sides with some gel and tied all my hair into a small bun in the back. I was going for the square head of Frankenstein’s monster, but I think the disheveled, severe look works even for a zombie.

Then of course, I just wore all black! And added a choker instead of the neck plugs that Frankenstein’s monster usually wears. 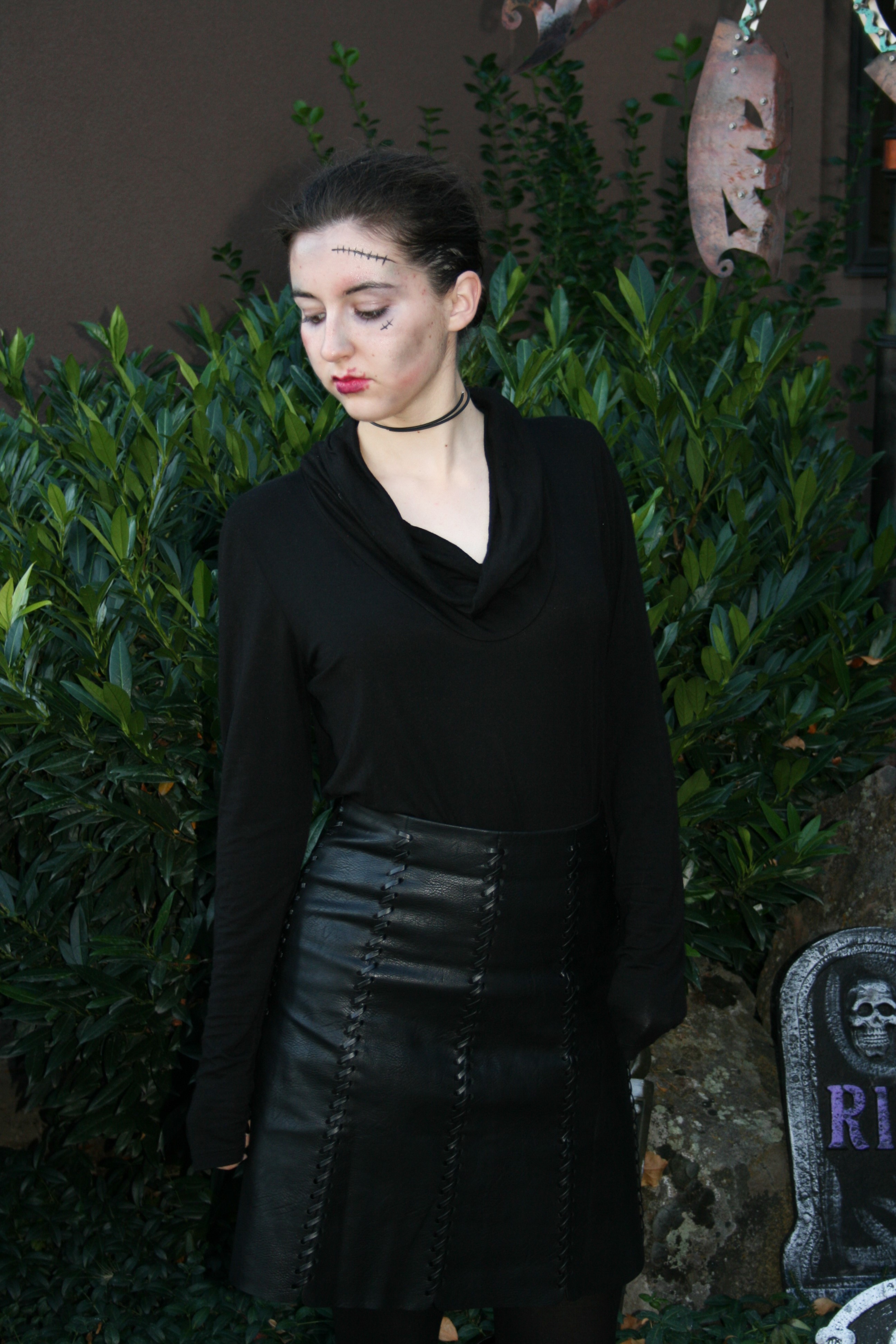 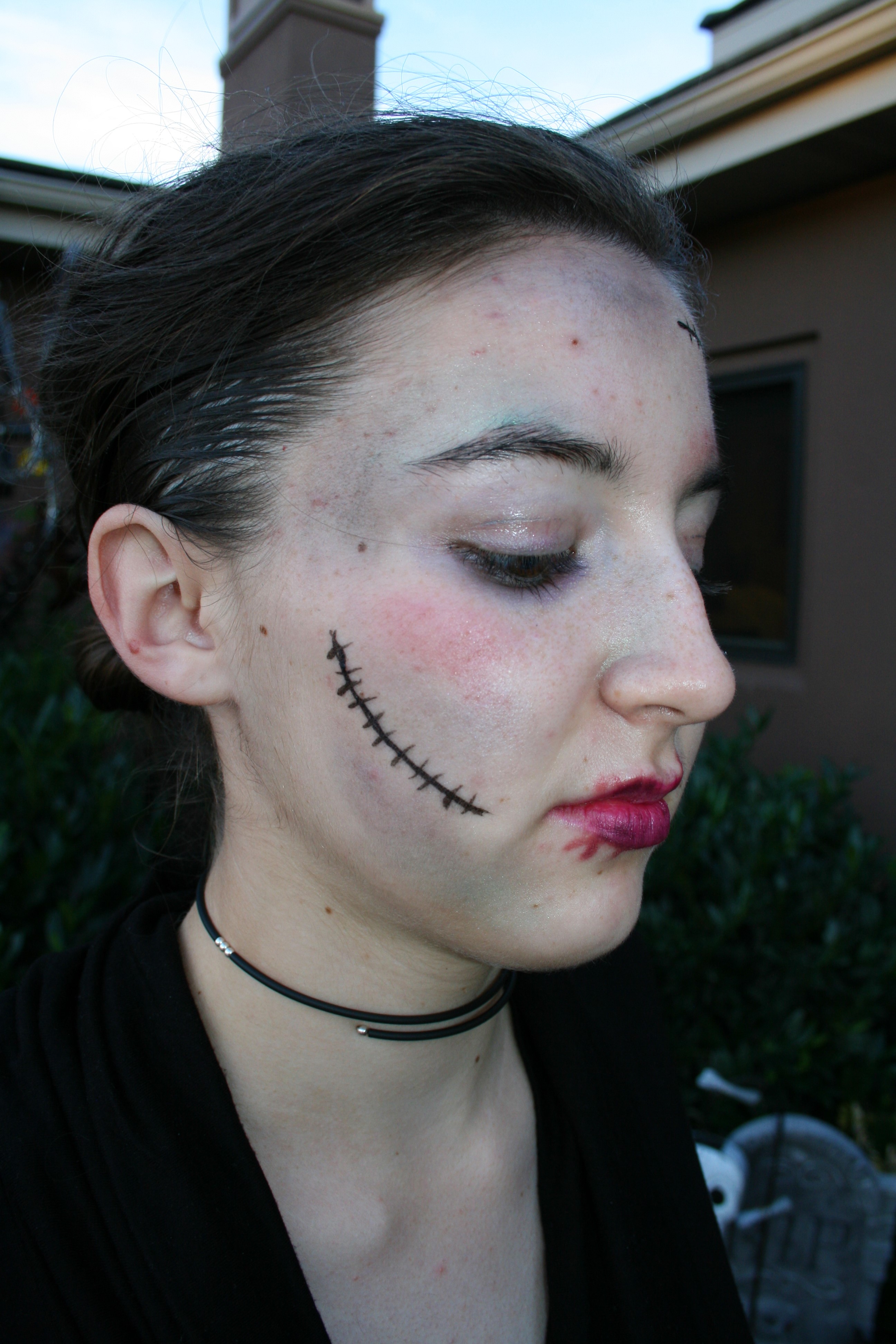 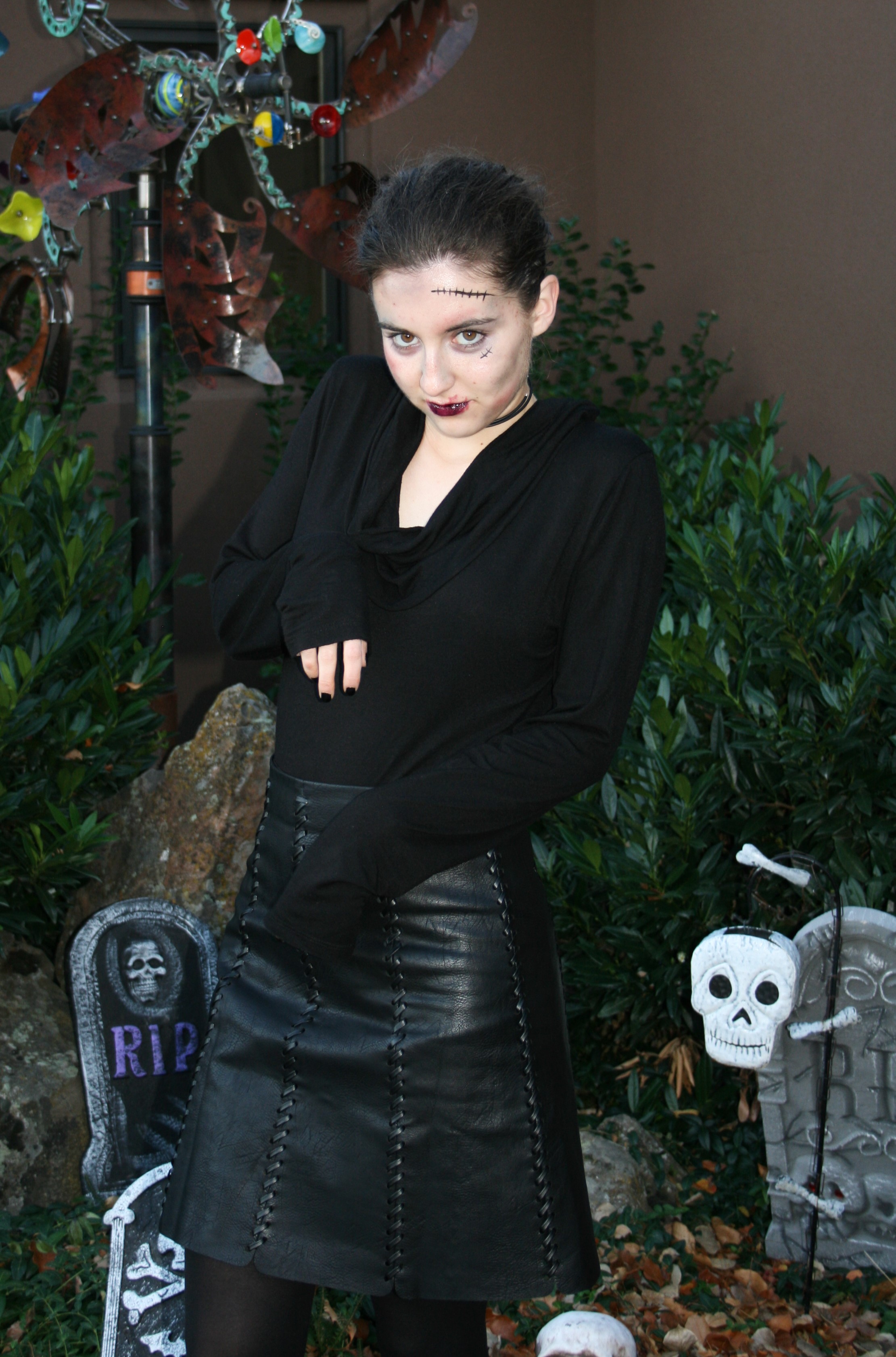 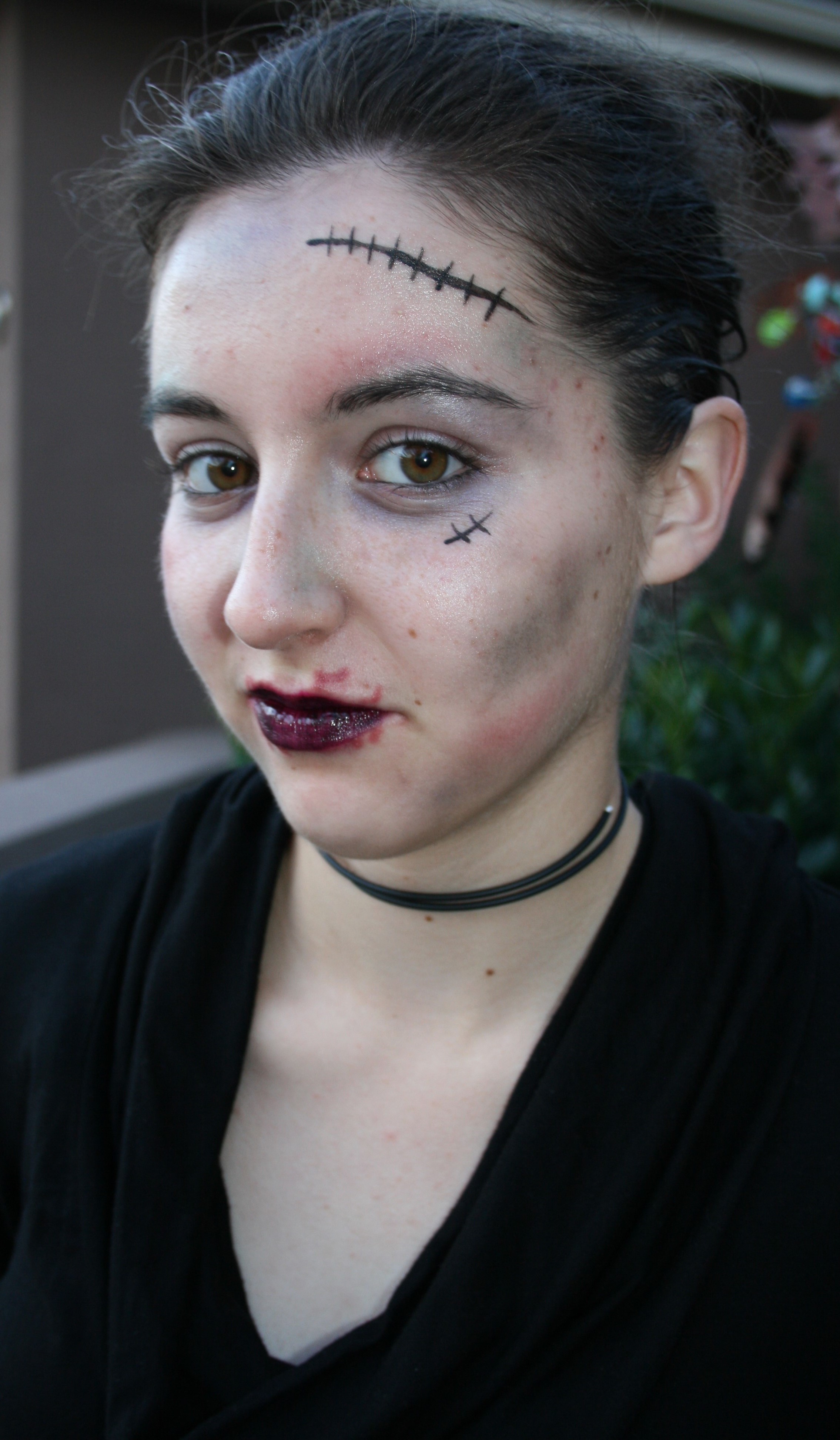 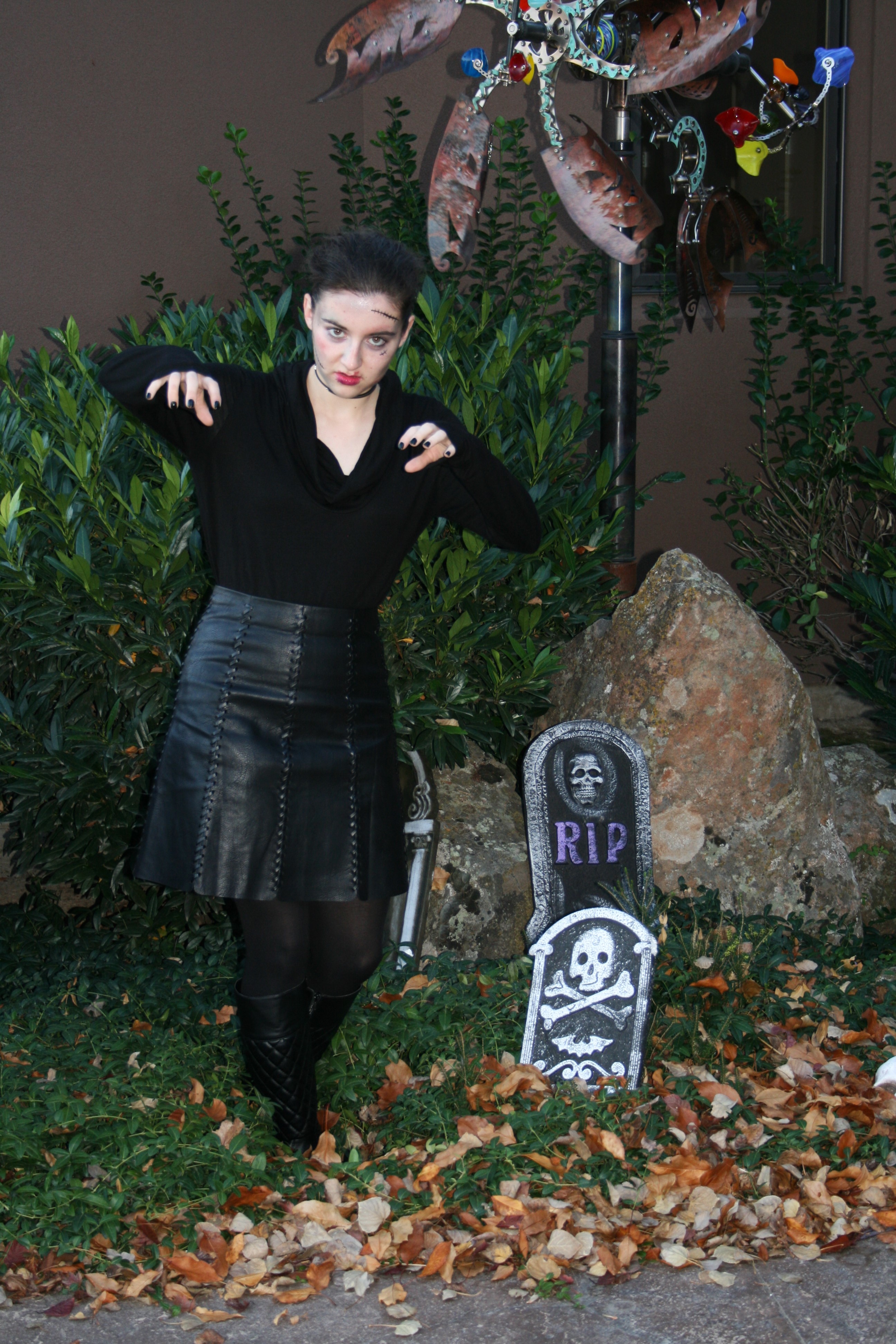 So what do you think? Would you wear this costume next year or is it too creepy? Thanks so much for stopping by today! (Bonus points to anyone who knows of what movie song the title of today’s post is based.)

8 comments on “In the Dark of the Night, This Zombie Will Find You”