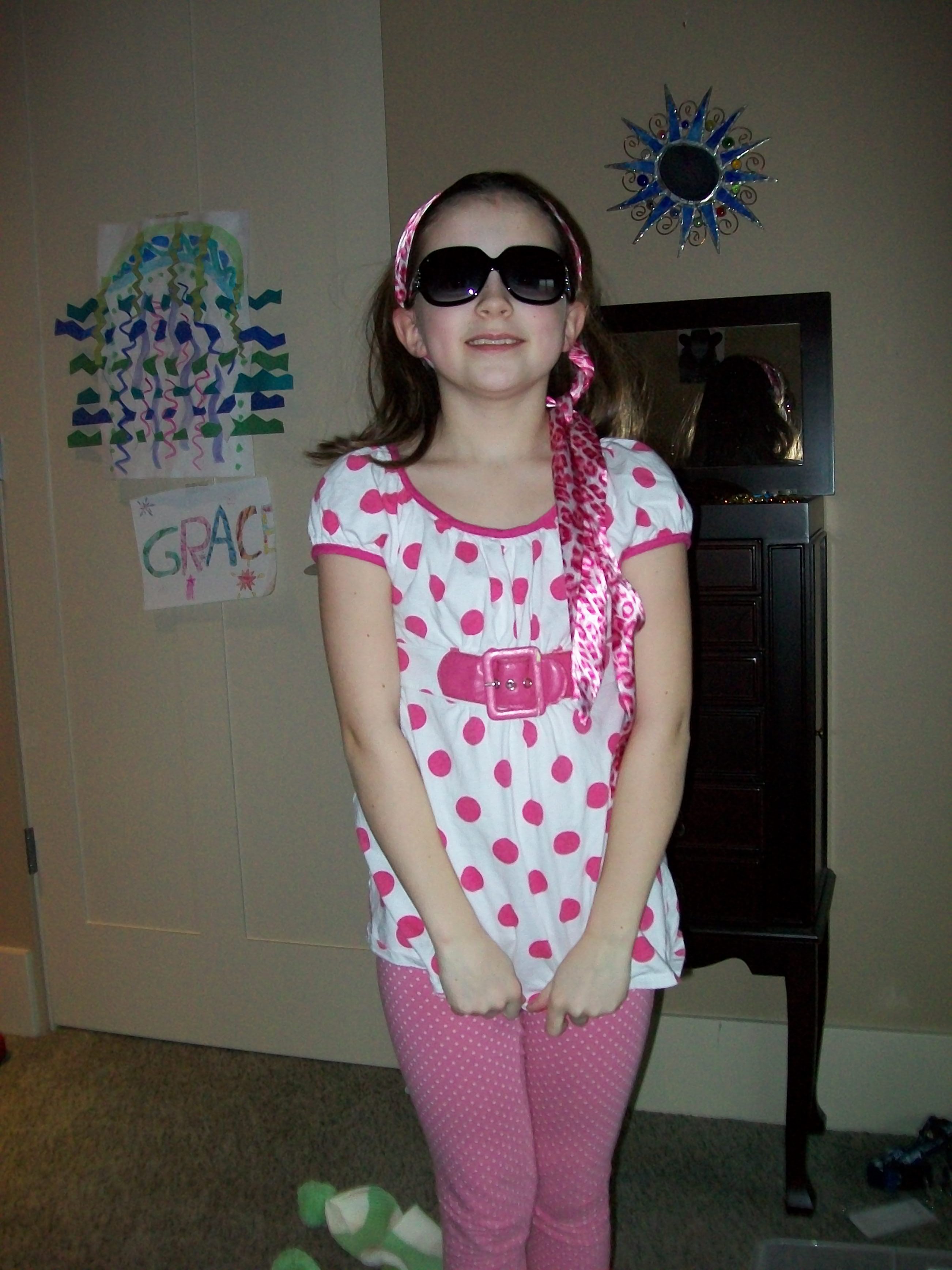 Last weekend, as I was uploading blog photos, I stumbled across a few fashionable pictures from way back…I just thought I HAD to share because they’re hilarious! If I had known back then what a fashion blog was or that I would want one, I probably would’ve started it right then. I’d already be so far ahead in the game! (I feel like the earlier fashion bloggers started out, the more successful they turned out to be, since it’s such an oversaturated niche now.) Anyway, I gave each photo a title, so read on for some giggles! 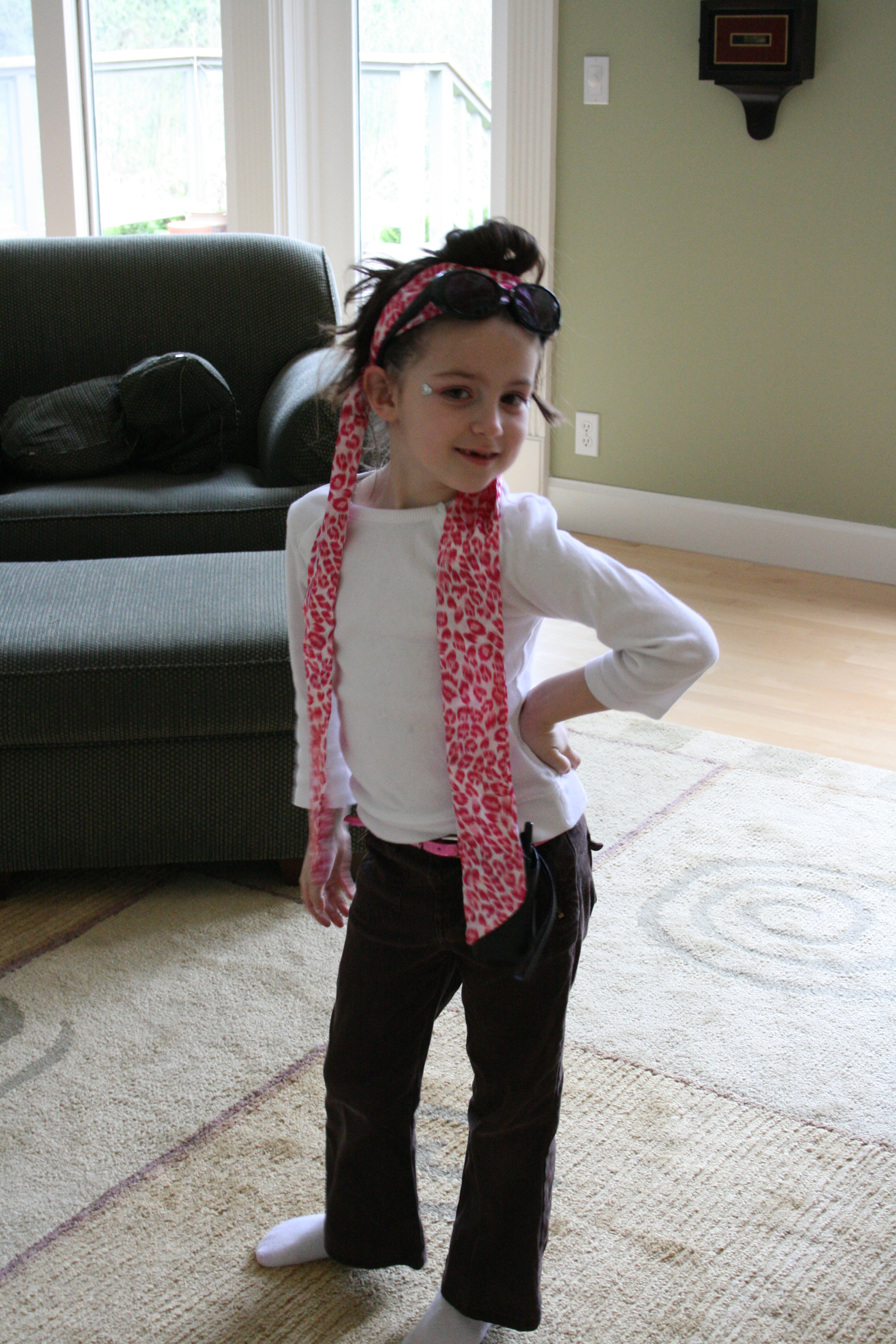 I’m sure at least some of you understood that reference to Hannah Montana. I mean, my hip and elbow is just so popped out there. This outfit was part of my friend’s birthday party at Libby Lou. I remember going to the store in the mall, and the ladies did our hair, they did our makeup/face sparkles, we put on costumes, and we got to pick one item from the store to take home with us. My mom absolutely hated this party! I mean to be fair, I do look pretty ridiculous…But the costumes we wore were even worse. Pretty scandalous for a six year old. Mostly I just remember that my belly was hanging out the black sparkly top… 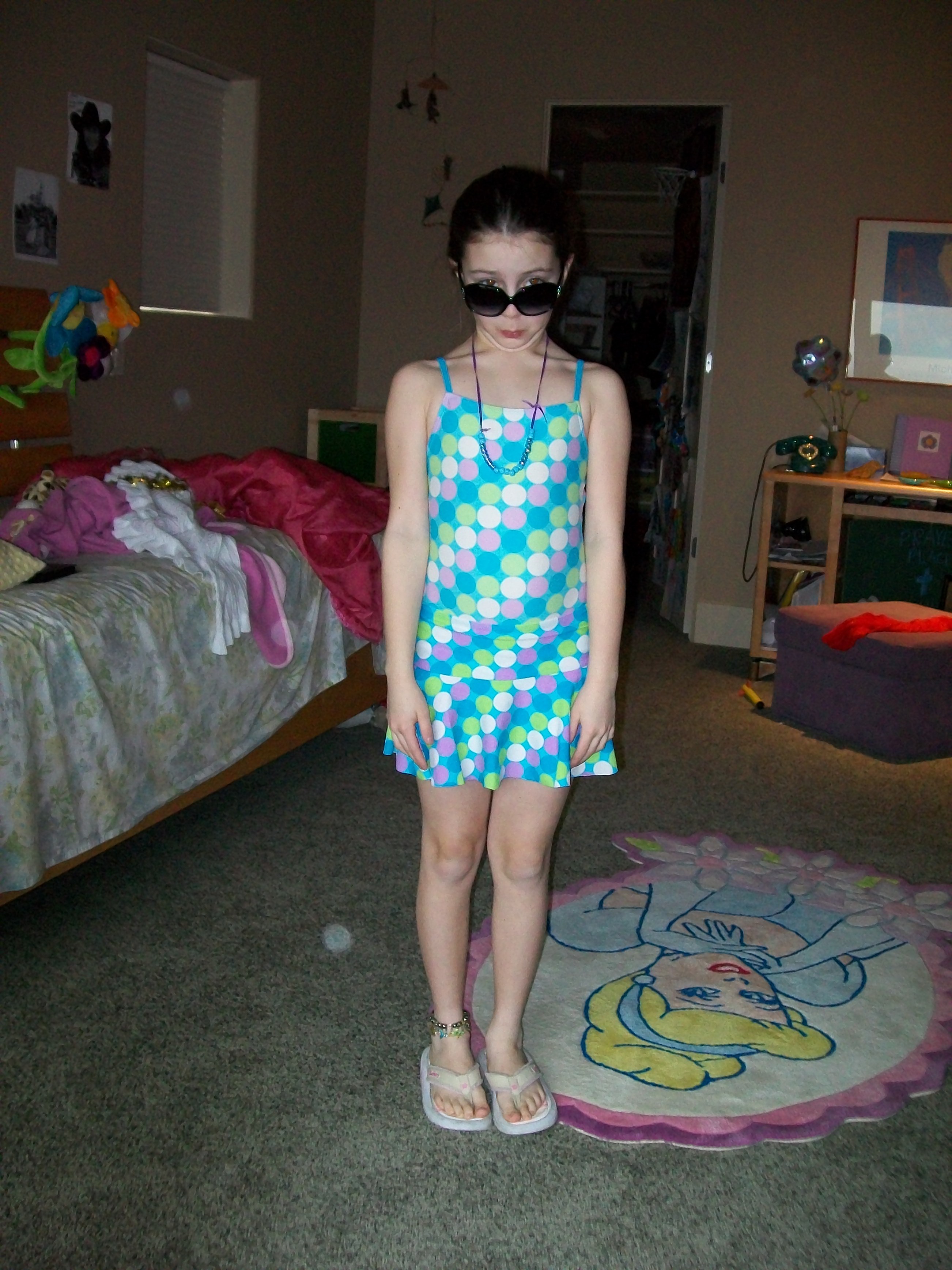 “Just How Many Double Chins Can I Make?”

I have no idea what face I’m making in this photo…but it’s not a flattering one. I look like a fish, haha! This was one of my favorite swimsuits though. It was a one piece with a little skirt you could pull on top! So cute. 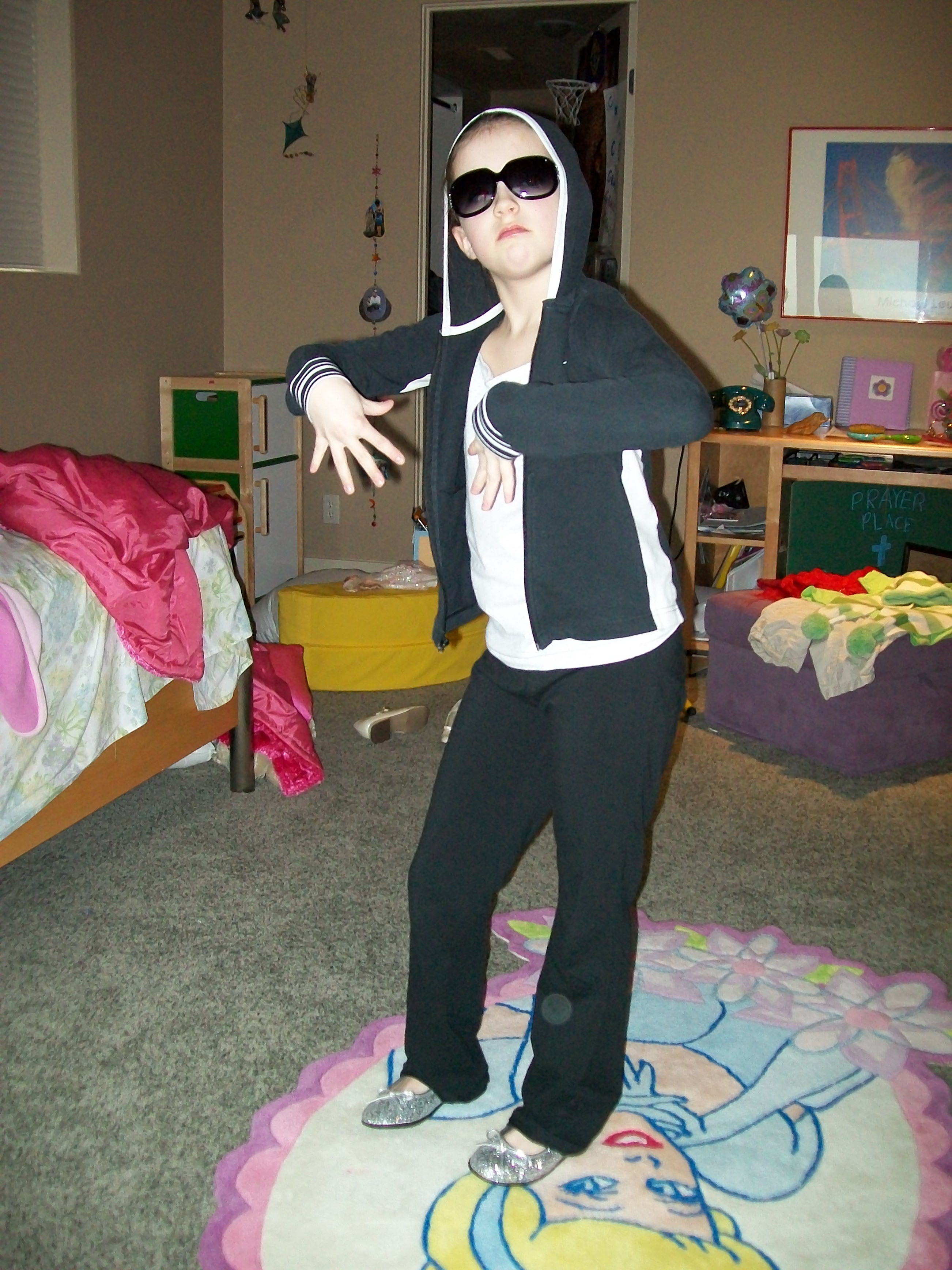 “YO YO YO Gracie-G in the Howse”

This was clearly my rapper persona from another life. Even back then I took a ton of goofy photos…Besides the Libby Lou photo shoot, the rest of these outfit pictures were taken by my best friend at the time—I forced her to try on a bunch of outfits with me and have a runway show! 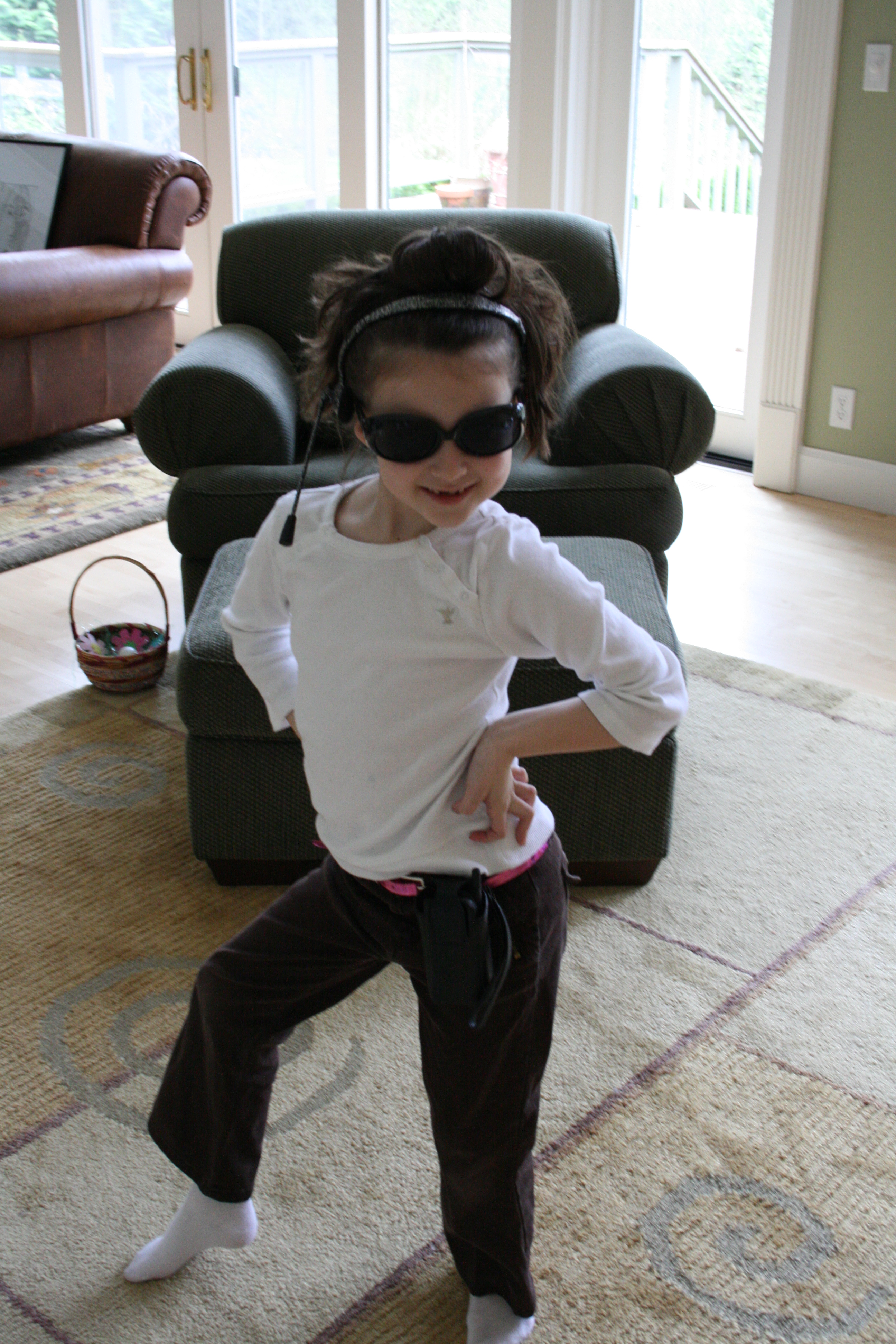 What’s this deal about a thigh gap? I think the tooth gap is clearly more important… 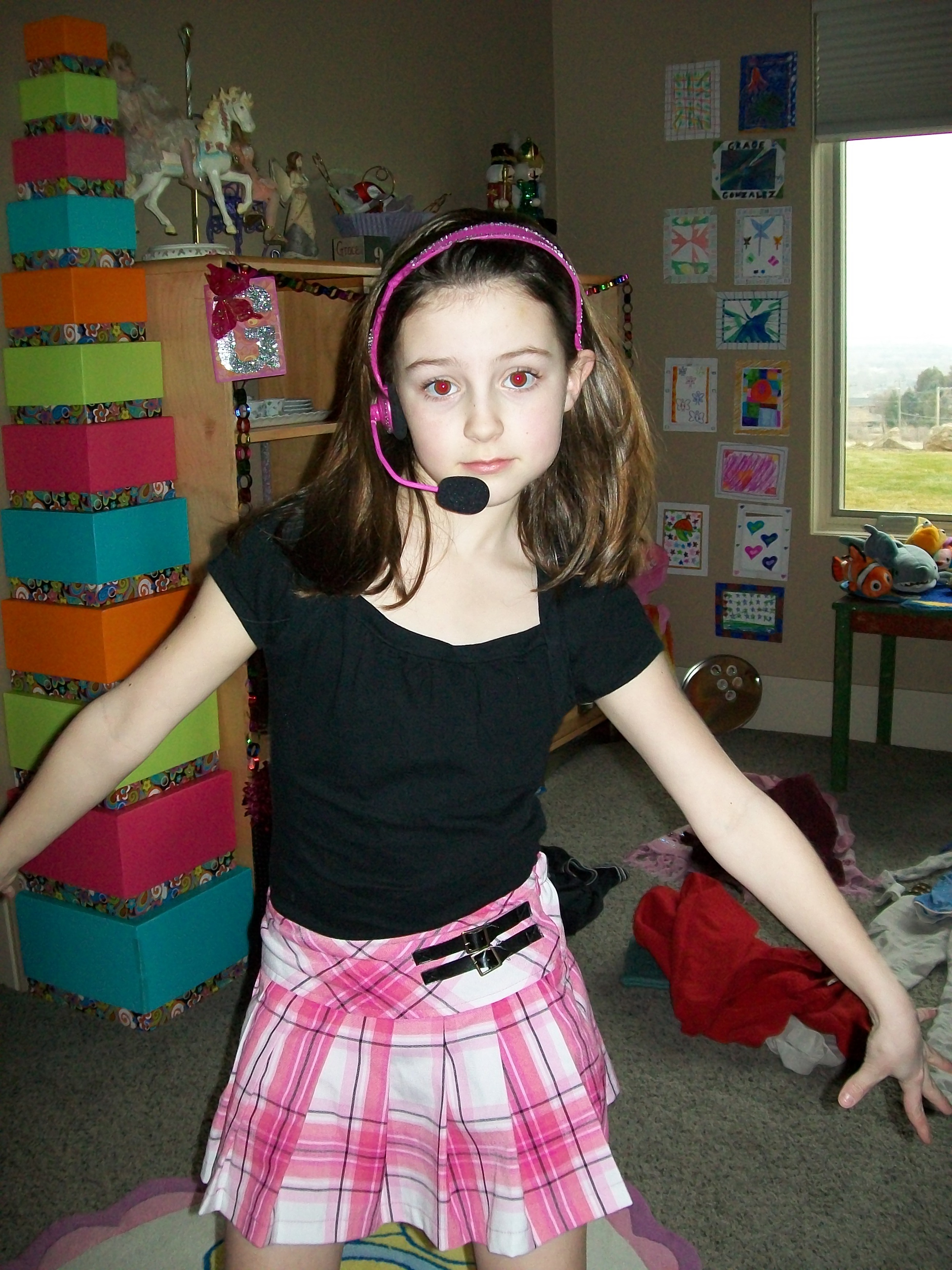 This picture is a little frightening. Not just because the red eyes, but I also look a lot like a naughty rock star chick. I mean, what is that pink plaid mini skirt?? Thank goodness I’m not wearing a certain other Madonna costume, if you know what I’m sayin’… 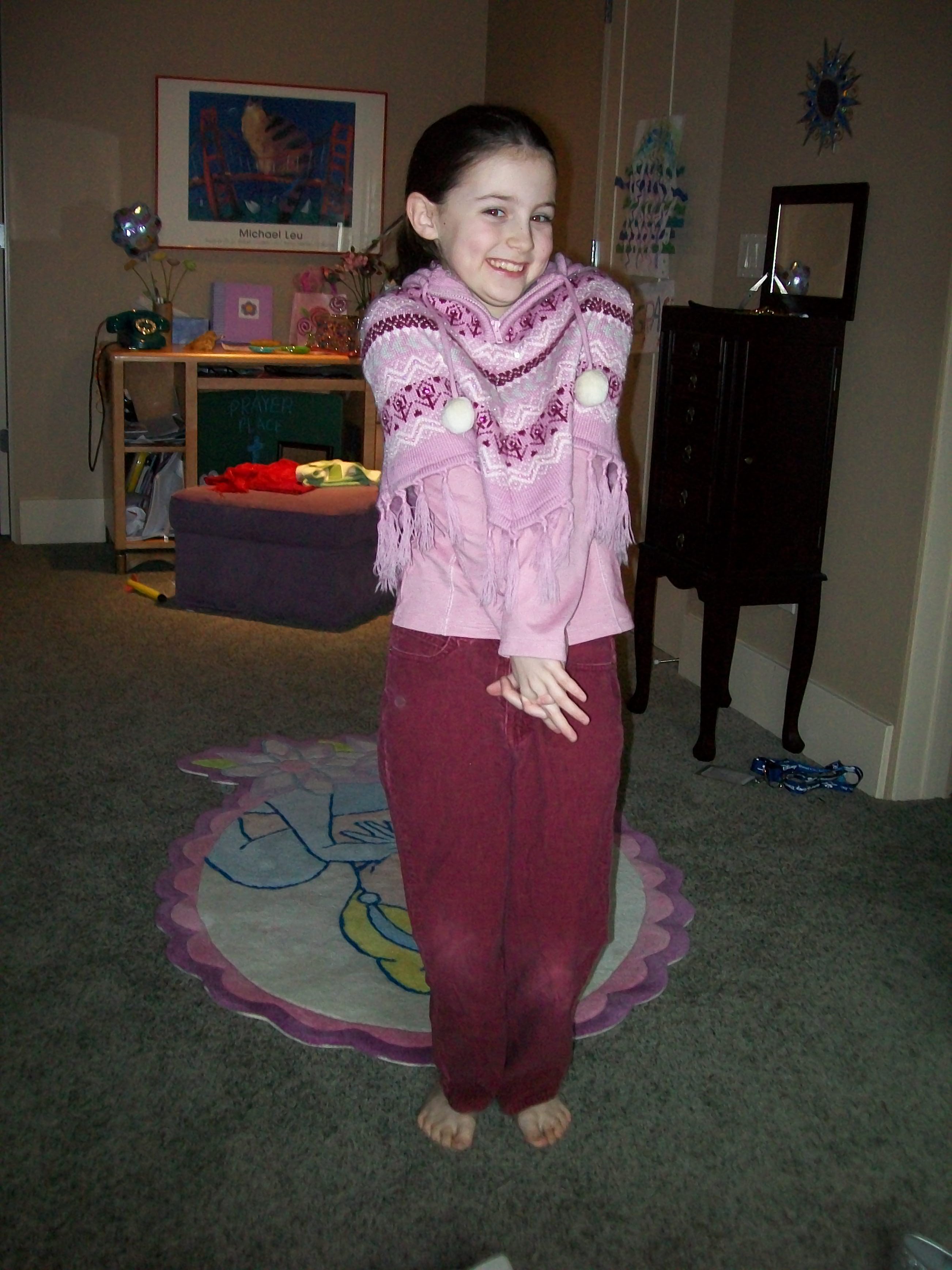 This is clearly a very flirtatious pose…I can just imagine having some boy say something to me and this expression was my response. Giggling, “Who, me?” 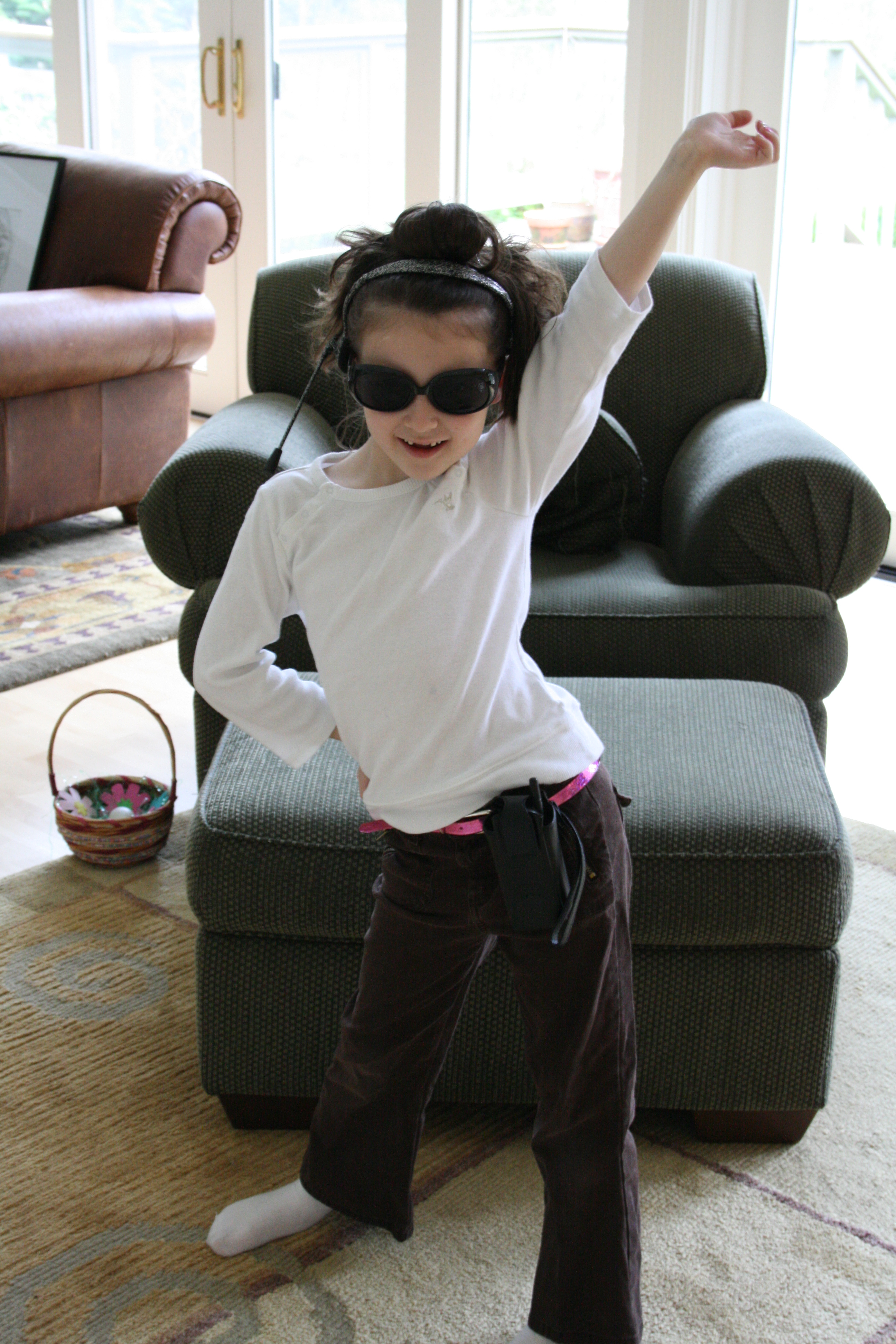 “I’m Fabulous and I Know It” 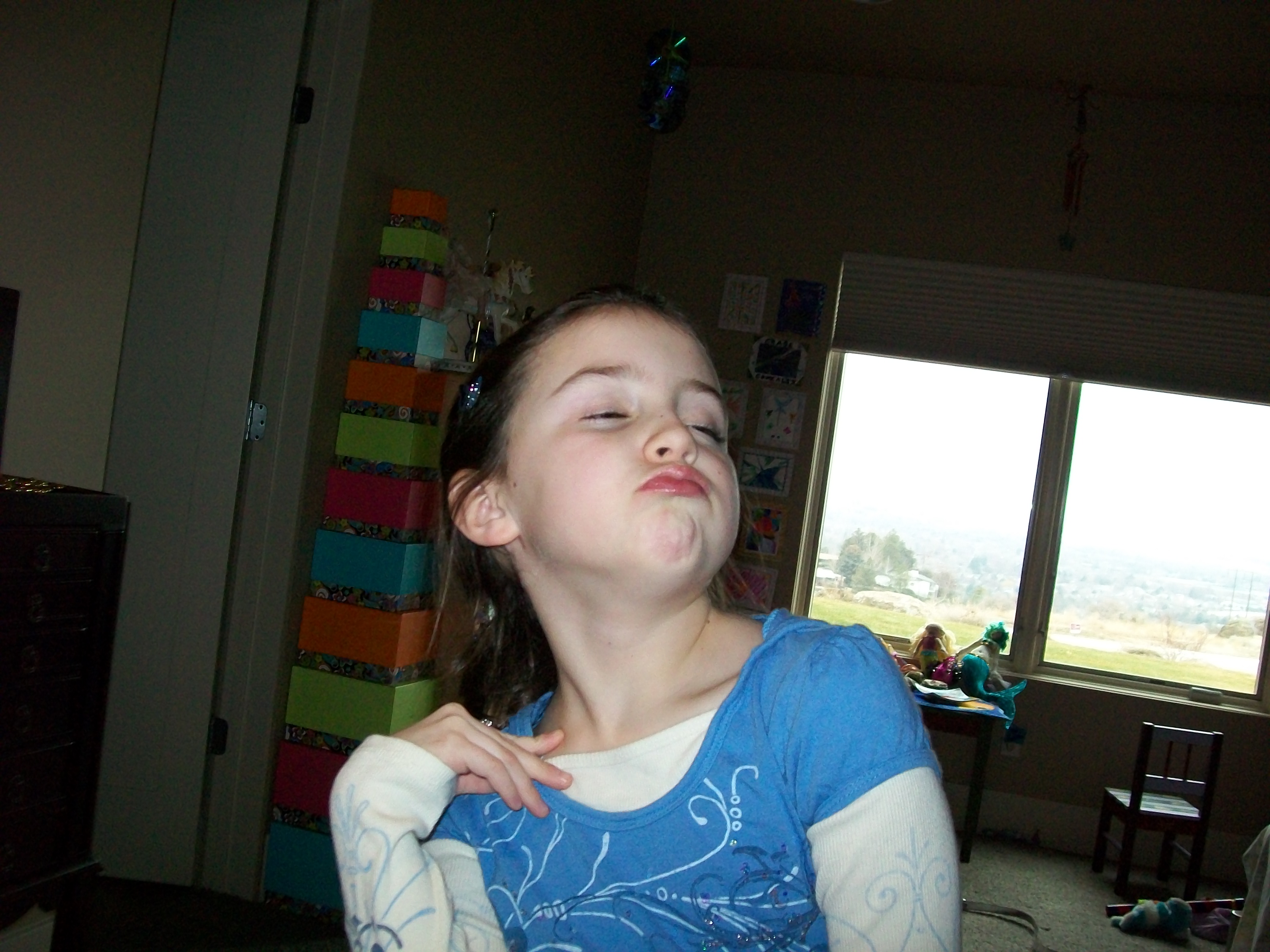 This is my Joey Tribbiani look from the TV show “Friends”. You best believe I’m hitting on someone.

This look just screams, “What are you looking at? I’m way too cool for you.” 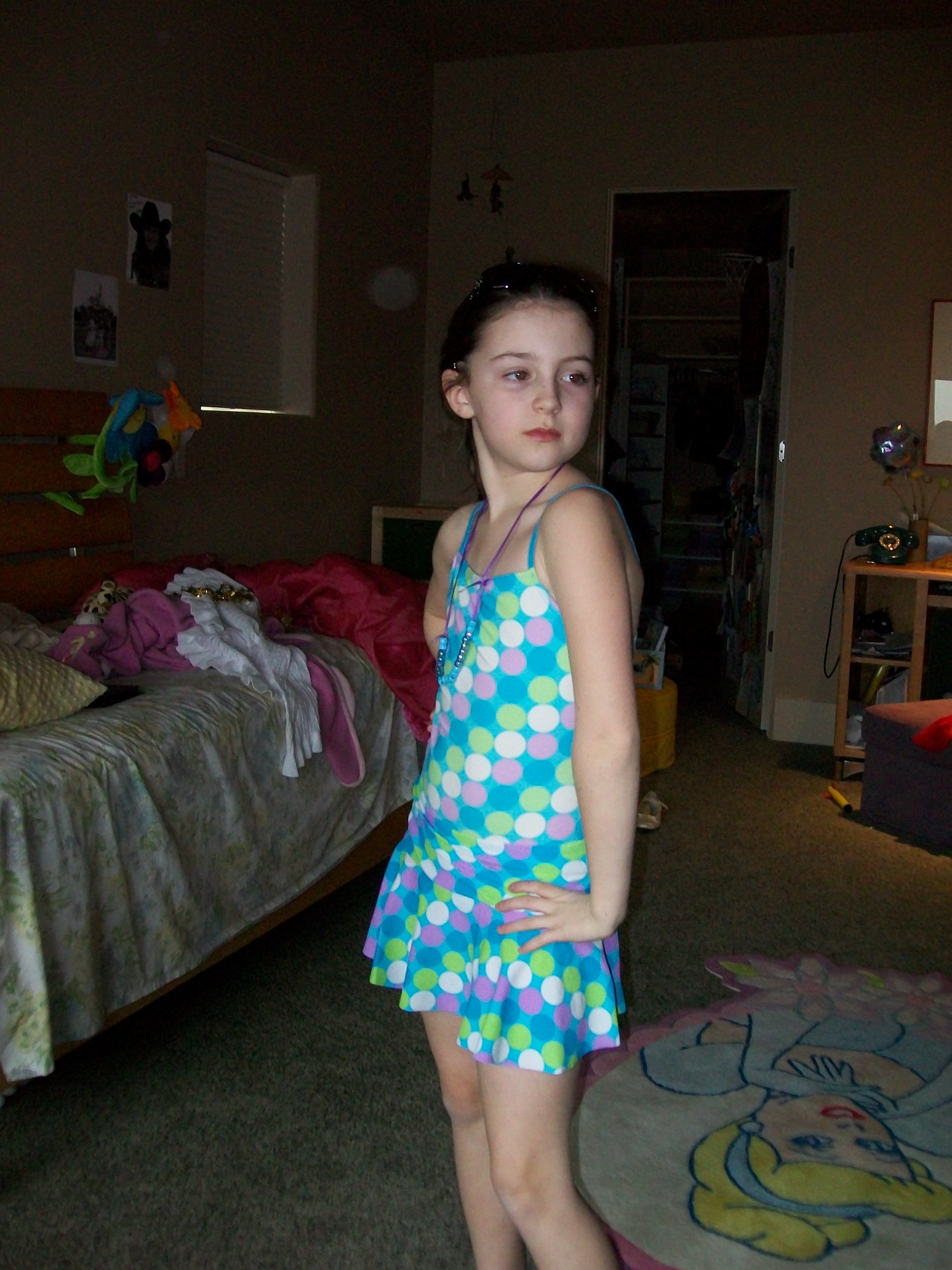 I clearly was a model in my younger days. I mean look at that pose–that is prime cover girl magazine material. If only I could still pose like that. Instead, I’m an awkward fish in front of the camera (throwback to Pic Number 2).

I hope you enjoyed today’s post! I honestly had such a fun time writing it. I crack myself up. 😀 I mean that’s all that really matters, right? That’s what I’m going to keep telling myself…

Have a super fabulous weekend!