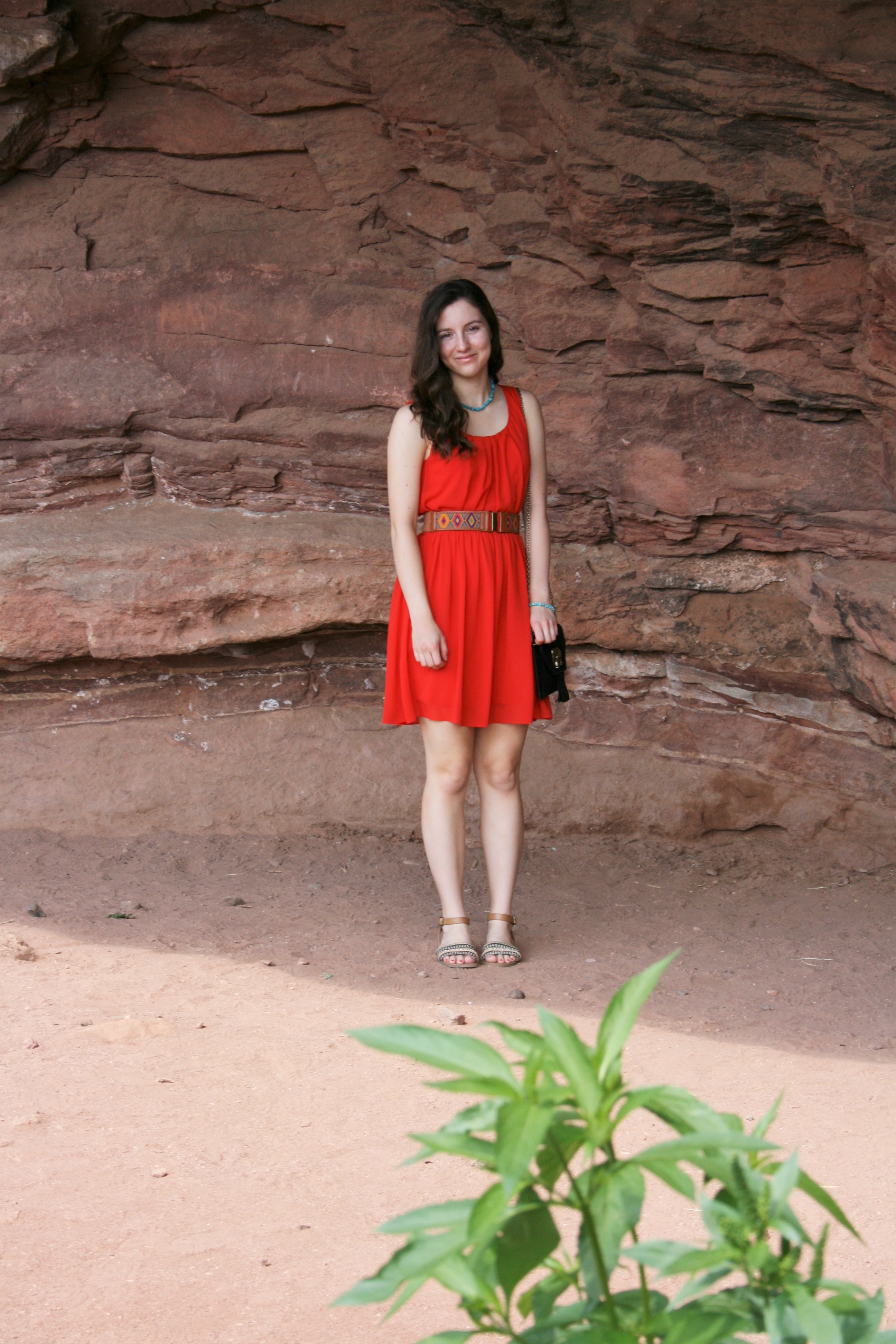 Hey gurlies! I hope you all are having a fantastic Friday so far and have awesome plans for tonight—plans that should involve bacon and/or Netflix. I just got back from an early morning run, ate some Lucky Charms (definitely the healthiest breakfast ever), and read a bit, so now I’m ready to write the next installment of my travel summer series! Are you ready to read it?? Yes, this post is going up late. But I was lazy. Do you know “lay-zee”? 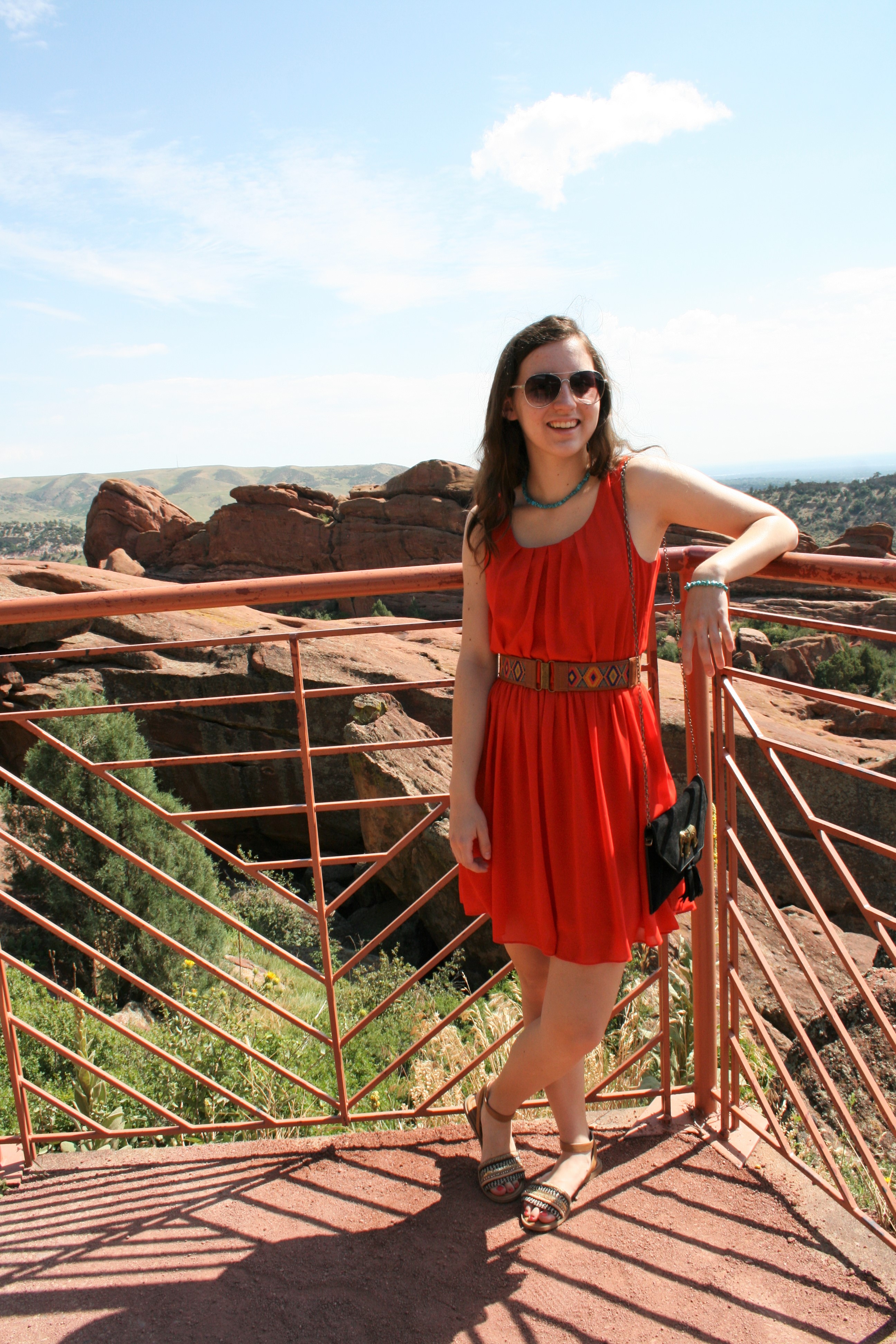 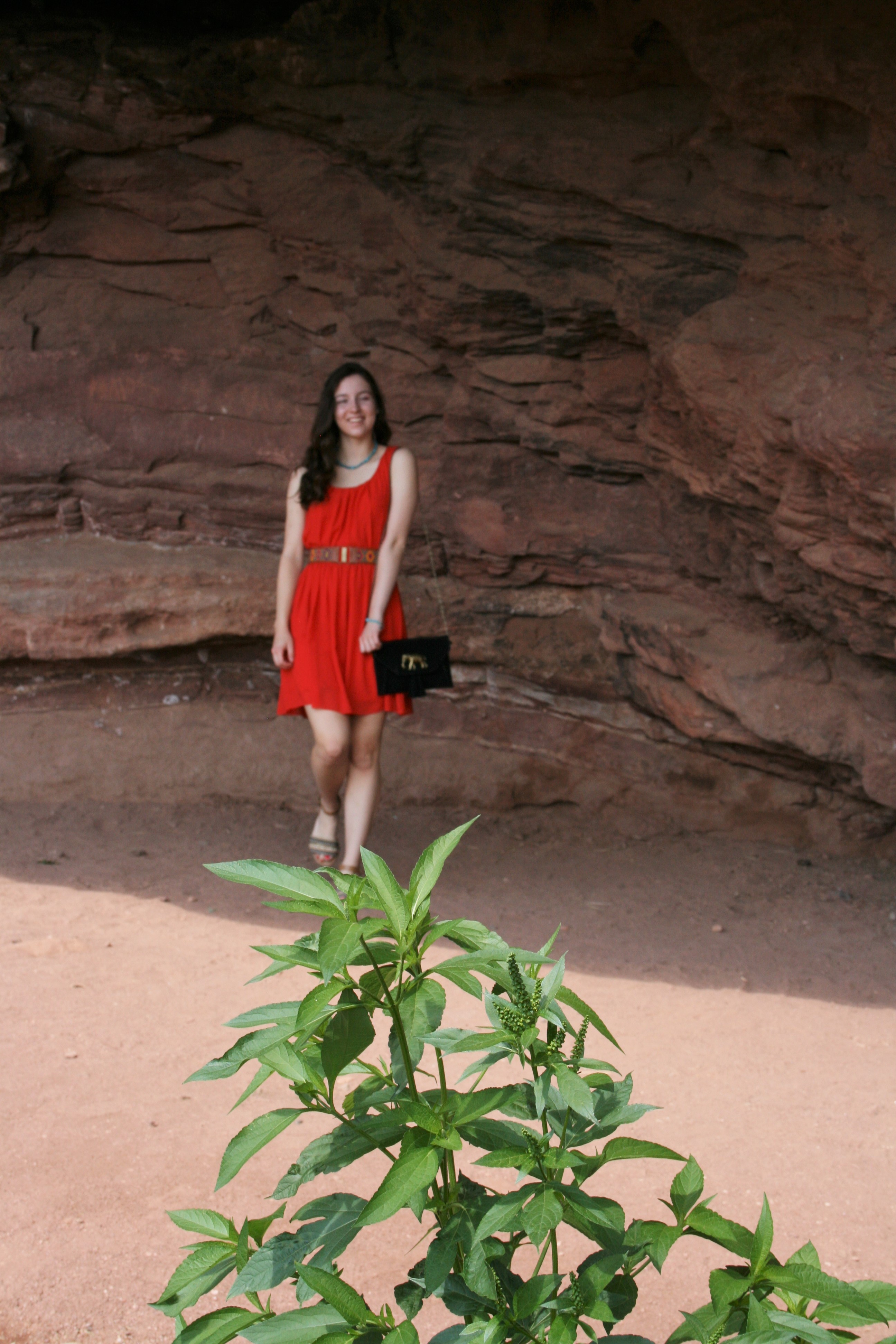 So today I’m shining the spotlight on the cute little city of Bend, Oregon, and just as a disclaimer, these photos were not taken in Bend (they were actually taken at Red Rocks Amphitheatre in Denver, CO). Oddly enough, I didn’t take any photos in Bend…BUT I still wanted to share this trip because this outdoors-y town with a rough population of 91,000 is the perfect place for a relaxed (and less expensive) girls’ weekend getaway. 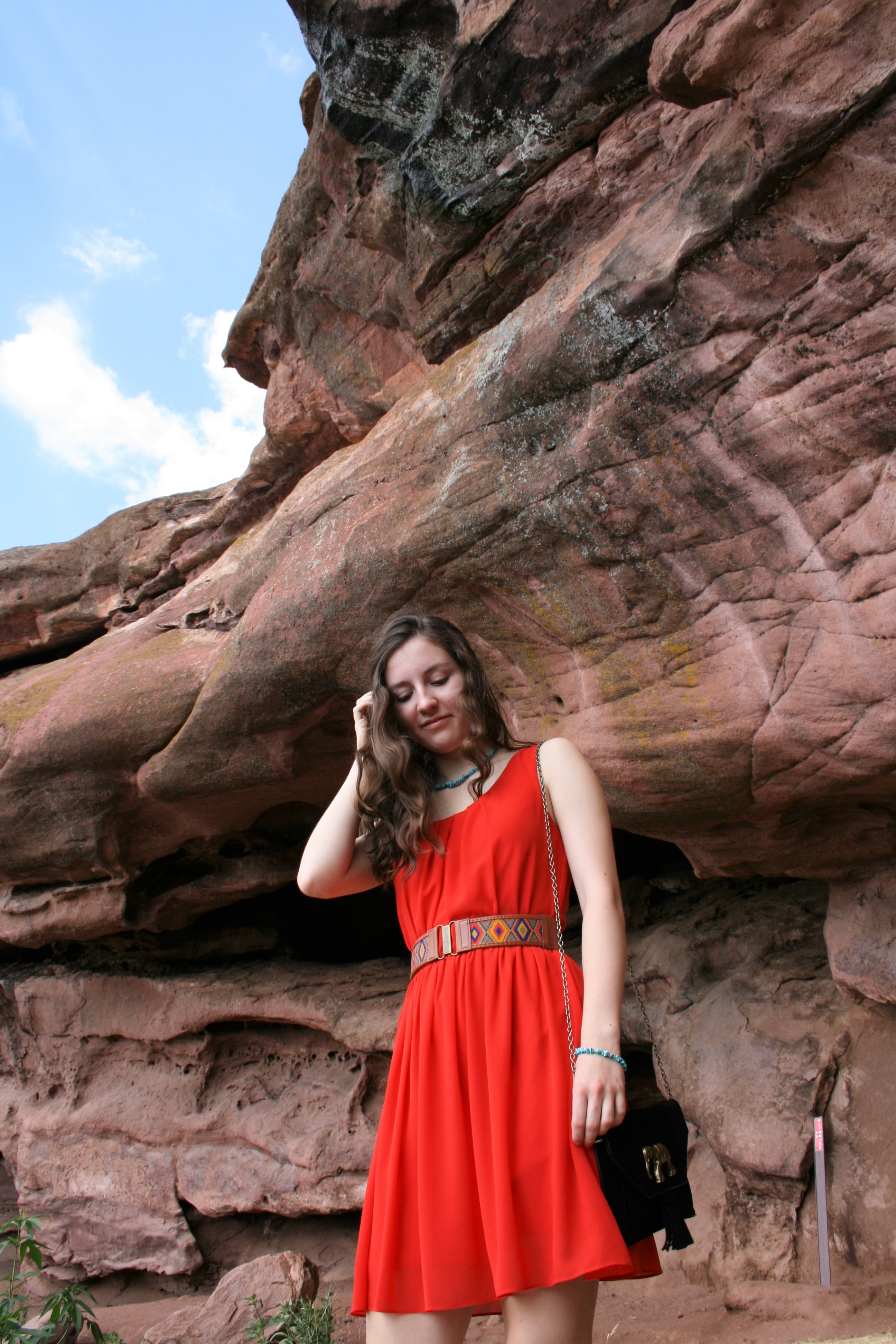 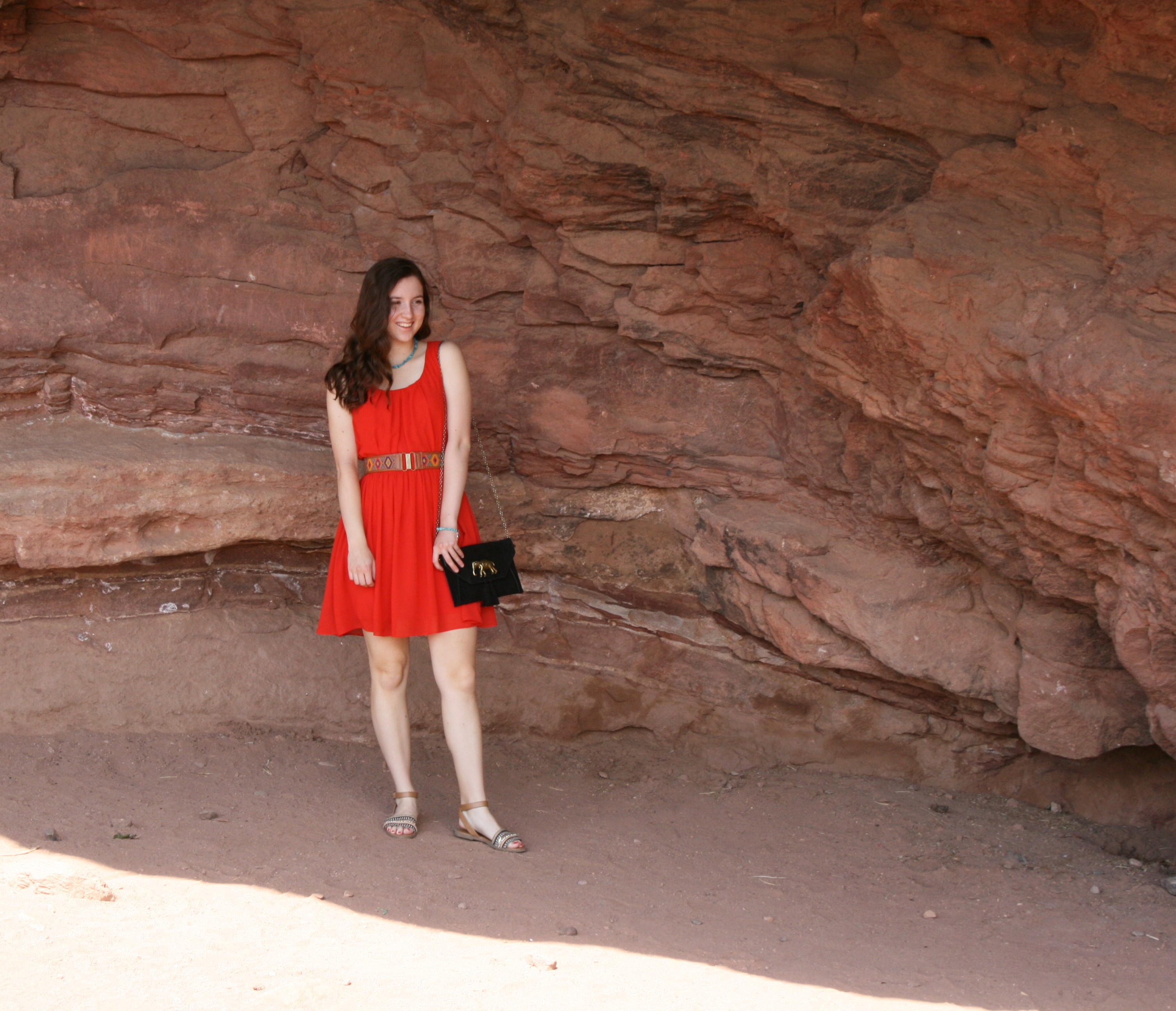 We stayed at the Pine Ridge Inn, which would be great for you and 3 of your besties because there was a king size bed and a queen size murphy bed (meaning it comes out of the wall—I slept on this bed and was slightly concerned I’d get squashed like a bug in the middle of the night, but my fears were unnecessary). The room had plenty of space, a large bathroom, and a balcony with a view of the river. The hotel was very quiet, which made it super easy to relax and enjoy ourselves, and breakfast was included in our stay. I ate oatmeal both days. By the way, I HIGHLY recommend adding peanut butter M&Ms to your oatmeal. It’s mm mmm good. 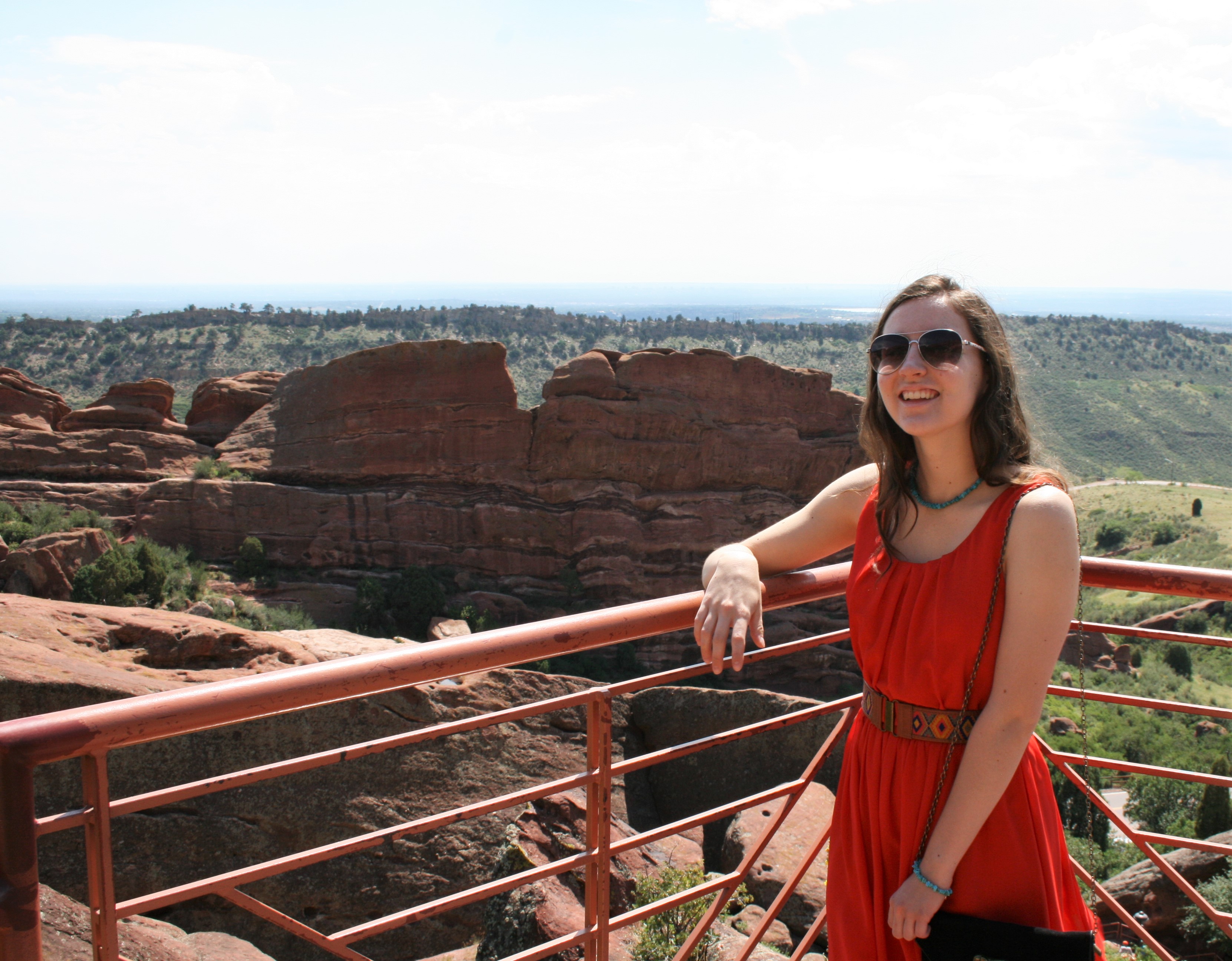 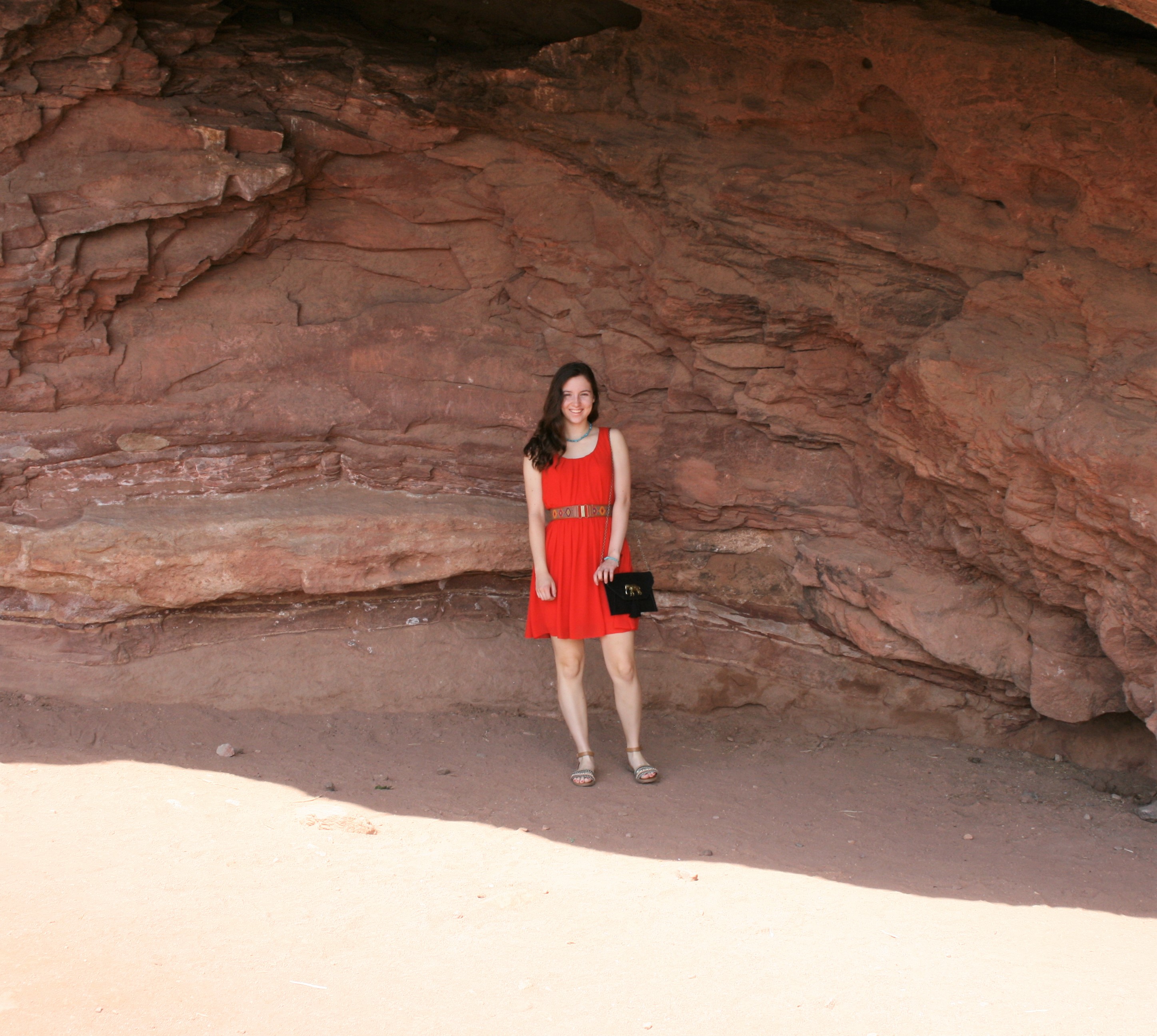 We spent our first night in Bend exploring the Old Mill District. I was excited to do some shopping there but was disappointed to find that all the stores were basically the same ones I have at home (Francesca’s, White House Black Market, etc.). But still, there were some fun places to shop. 🙂 They often have events at the Old Mill District so be sure to check that out. While we were there, there was some sort of beer tasting festival with food trucks and a Beatles cover band. It was so much fun listening to the music and watching all the drunk people dance! That is priceless entertainment.

The real shopping is downtown—there are lots of cute little shops that sell unique merchandise that you know you won’t find at your usual stores. I got a bracelet from Clementine Urban Mercantile that is featured in this and this post. When you’re shopping and you get hungry (which we all know will happen), you should definitely swing by Barrio for some Spanish/Mexican/Latin inspired food. My parents and I shared 3 meals, and they were all equally amazing.

We weren’t in Bend for very long, so we couldn’t squeeze in that much. However, some other things we considered doing were going on a hike, renting paddle boards, checking out the High Desert Museum (I’ve actually been there before—many years ago), renting kayaks/canoes, and visiting the Lava River Cave (also been there! It’s so cool–in more ways than one). 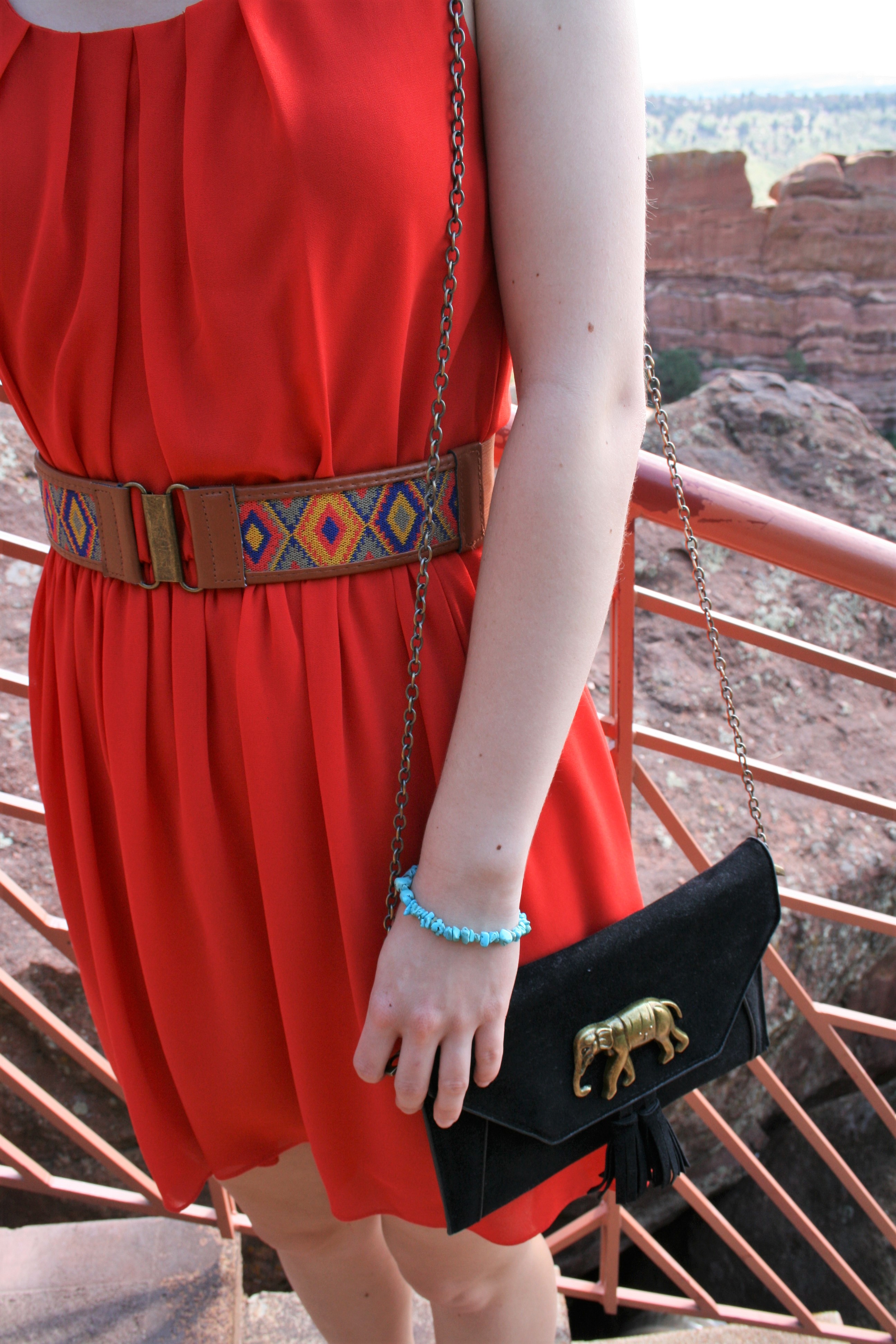 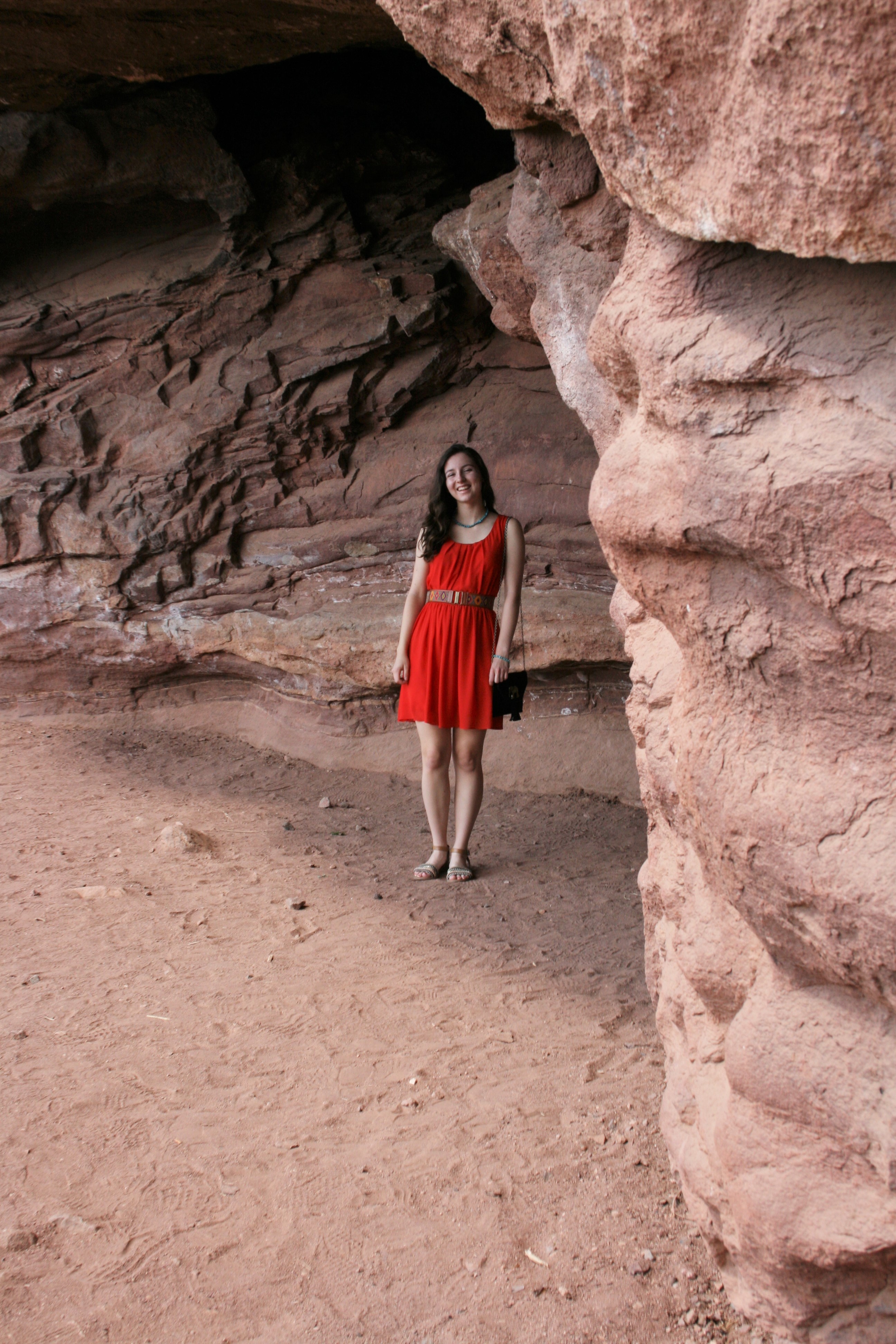 When we were in Bend in late June, it was actually kind of chilly and the day went back and forth between hot and just cold enough to put on a jacket. So I would recommend bringing a cute sweater/light jacket that can easily be taken on and off, like the anorak featured in this post. Also bring hiking boots for all the cool outdoors stuff you’re gonna do! And flip flops/bathing suit/sunscreen if you plan on exploring the Deschutes River. 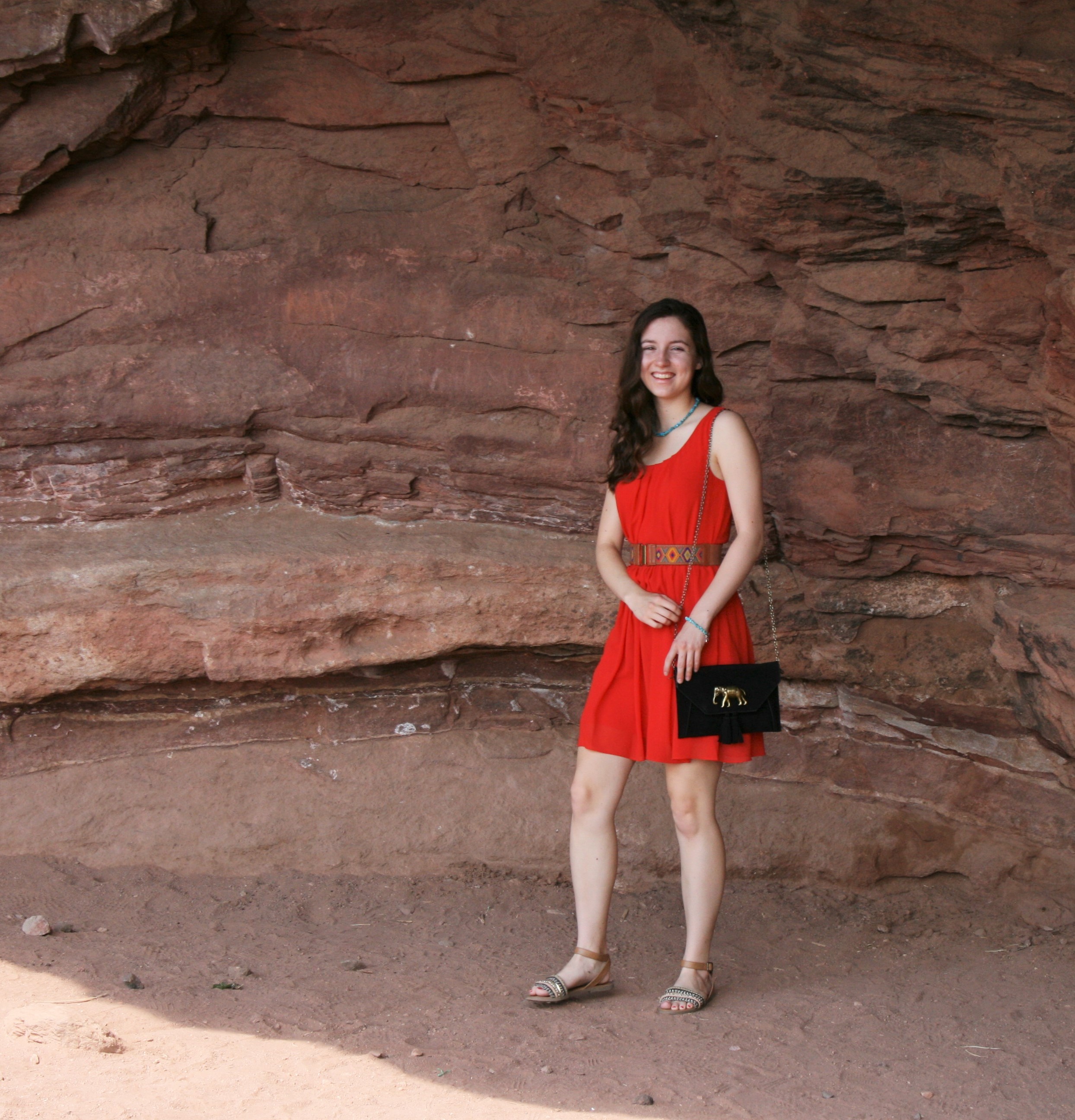 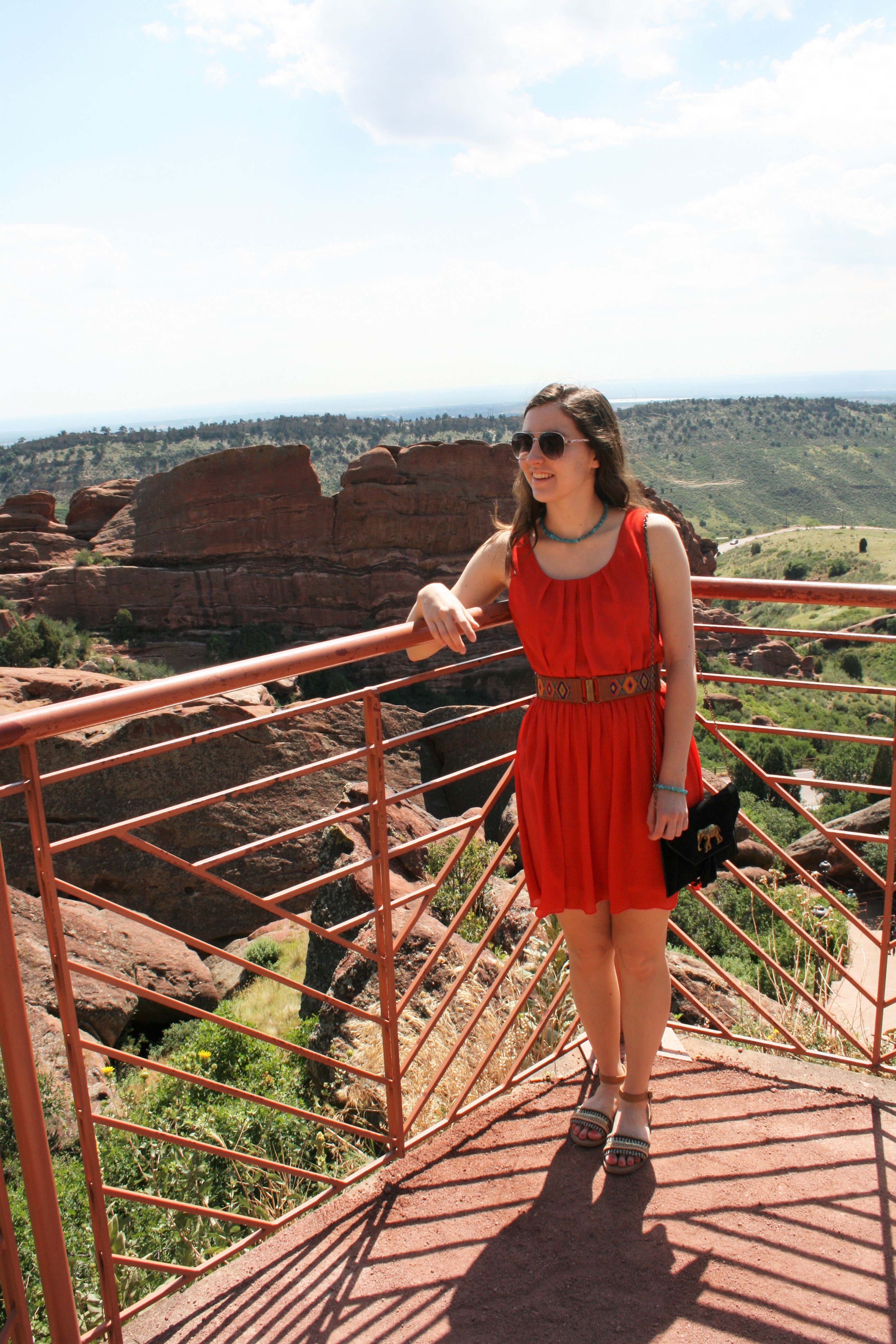 Honestly, there wasn’t that much of a specific style I kept noticing while there, except for maybe boho/hippie attire. BUT there was this woman who was listening to the Beatles cover band and was probably in her mid-to-late sixties. She had bright periwinkle hair, spiked up and in a pixie cut, along with matching blue eyeshadow. She was wearing a black sweatshirt-material dress that had huge flared sleeves and a hood hanging down the back. Her little bird legs were adorned with black leggings and edgy, high-heeled black booties. And she gots da dance moves! This woman was #goals. Anyone who can be that confident and vivacious in old age deserves applause! Remember kids, just do you. 😉 This woman was a fabulous example. 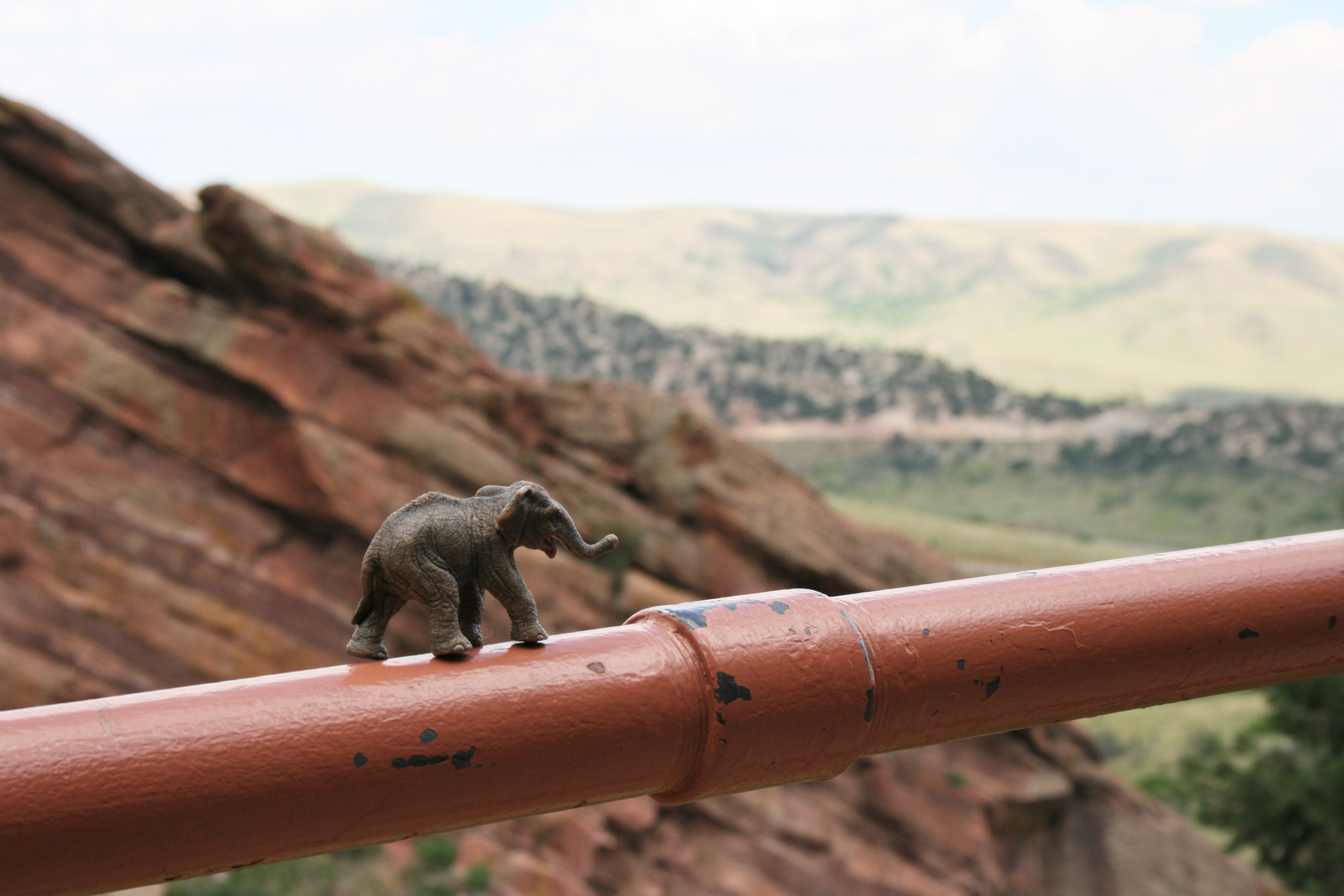 As you can see, Ernest likes to live on the edge.

Alright, my bowl of Lucky Charms has officially worn off. Time for lunch! I hope you enjoyed this post and I wish upon you a great weekend (yes, I’m a fairy now).